Amanda Baldwin is recreating the still life to capture a modern-day feel. Her depictions of rooms involve patterns, color, and layering in a way that calls to mind David Hockney and Henri Matisse. These gestural beauties invite you in with their depth, creating a remarkable experience of discovery. Amanda will soon be showing her work at Underdonk Gallery later this summer. She lives and works in Queens, NY. 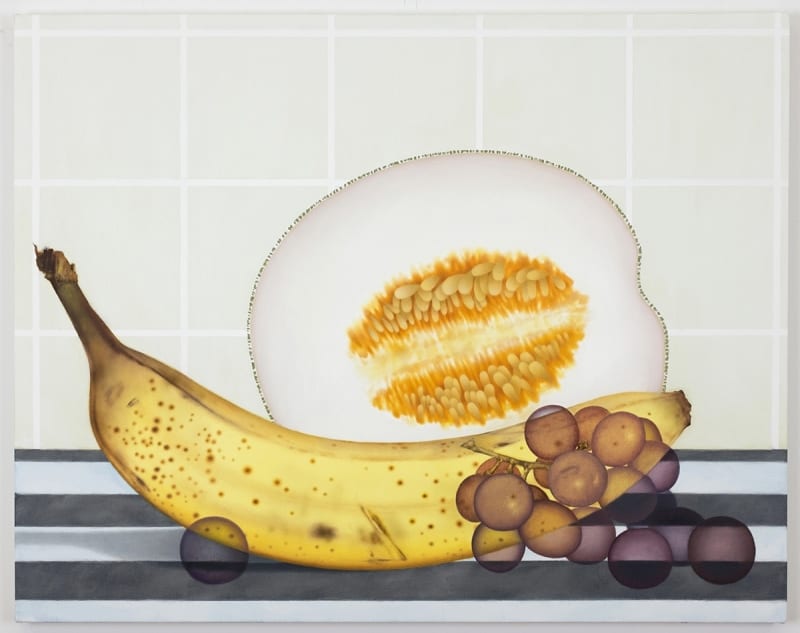 There are so many amazing women artists working right now. It’s great. It only makes the art world more exciting and interesting when a wide range of ideas and sensibilities are part of the dialogue.

There are so many, but if I had to narrow it down I would say: Frida Kahlo, Georgia O’Keeffe, and Betty Woodman. I was thirteen when I took my first painting class and made a replica of Frida’s “Still Life with Parrot.” There is something about that painting that has haunted me all these years. I just think it’s marvelous. Georgia O’Keefe said once “I’ve been absolutely terrified every moment of my life – and I’ve never let it keep me from doing a single thing I wanted to do.” I think about that statement often. I admire her honesty. Fear can be such a controlling force that stops us from doing what we really want to do. I think artists especially have to deal with fear head on because they’re alone in solidarity in their studios, with nothing but their thoughts… which is when it’s easy to feel fear the most. Lastly, Betty Woodman’s work really inspires me from her vibrant colors and patterns to her playful arrangements of 2D and 3D objects and interiors. 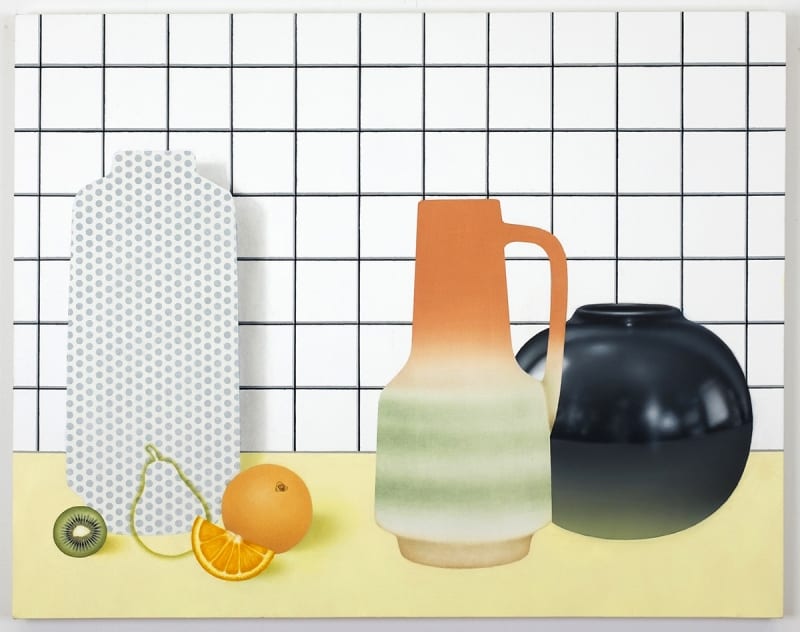 Luckily, I have not. I had an art professor in undergrad that told me it was “a good time to be a woman artist” and I’ve thought a lot about that statement. Of course, I know that women are underrepresented throughout art history, that’s obvious, but it wasn’t until recently that I’ve realized how lucky I am to be living and making work right now. I’m extremely grateful that I am working in a time when women are getting more and more acknowledgement and recognition. 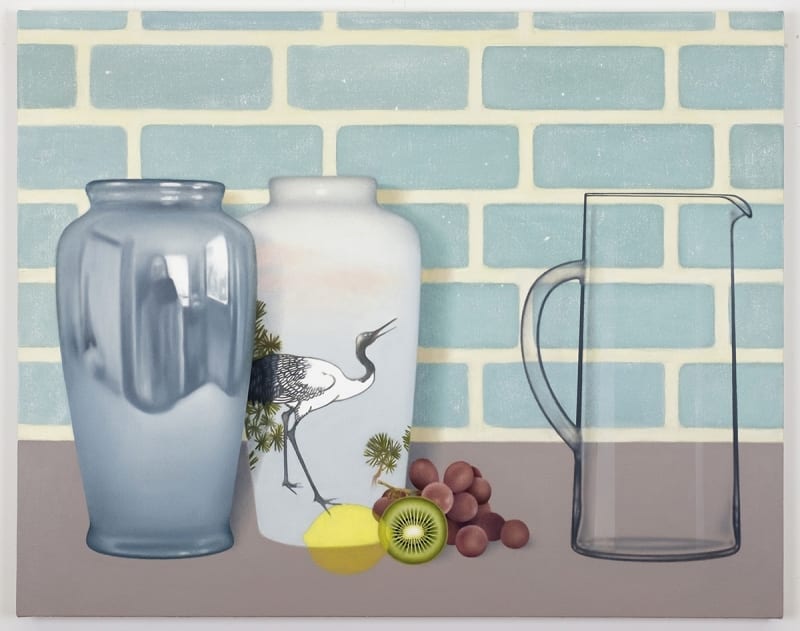 I’ve entered somewhat recently so I haven’t necessarily noticed a change first hand. The sense I get is the opportunities are all the same, the system has all the same attributes, it’s just that they are becoming more and more inclusive. It’s not about creating a new world, rather reshaping the one we have. 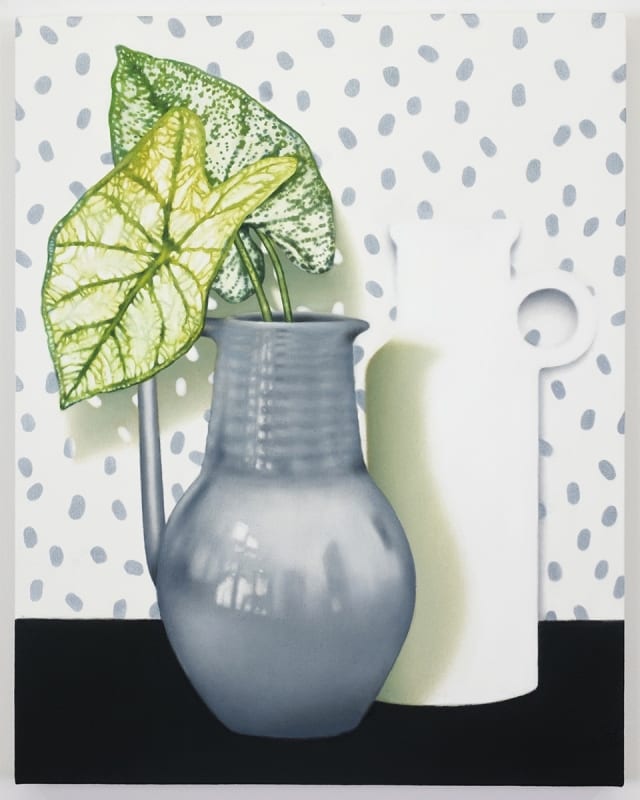 I appreciate the fact that female artists are getting more attention in galleries, institutions, academia, etc., however it seems that amazingly talented women and minority artists are still undervalued and underappreciated in the secondary market. I would like to see that change.

Your body of work has changed over the past few years. Can you talk about your progression of recent ideas?

I first started painting still lives in grad school. I loved doing them but was self-conscious about them. I think I was worried about painting something so obviously tangled up in art history. Over time I realized that that is precisely what entices me about them. Still life depiction in art spans across cultures and dates back to ancient civilizations. Each art movement has dealt with their own version of still life paintings, and they reflect the time in which they are made. An object’s symbolism may change or take on new meanings depending on time or place. The idea of doing something that so many others have contemplated and considered interests me. It’s especially interesting for me to think of painting something so seemingly mundane as a still life when we live in an over stimulated and somewhat numb society. I think the objects I’m depicting in my work act as vessels to explore certain ideas I’m interested in such as value, taste and perception. 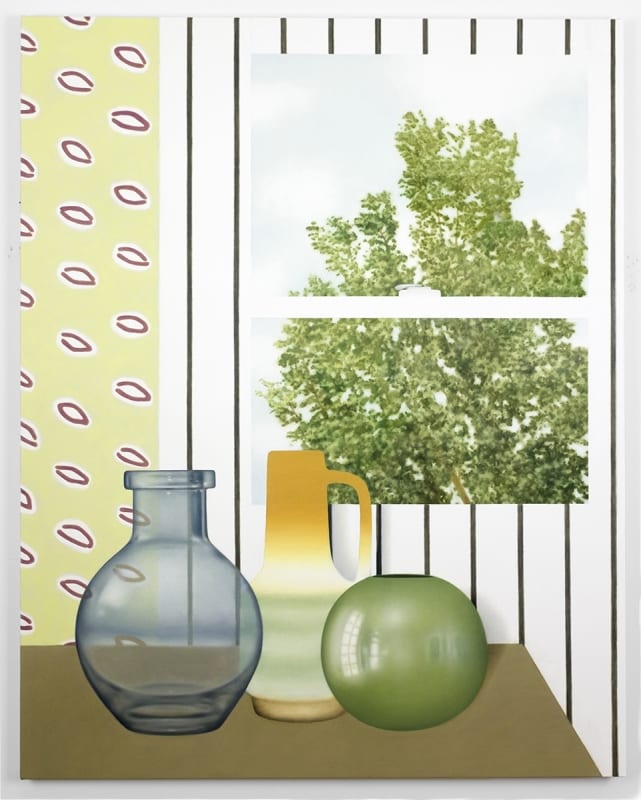 Your works feel very feminine with their choice of color and design. Was this intentional?

Not intentional. Perhaps they are inherently feminine because I am a woman making them, not sure. The color choices are intuitive. A painting will usually start from one object I am drawn to that acts as the anchor that I base all the other colors off of. It’s not unusual that I paint something ten times before I land on the right color.

What is your experience working as an artist in NYC compared to Richmond, where you attended grad school and spent time living?

It took me six years to move to NYC after grad school. I was afraid of moving to New York – how it would work out financially and what not. I’m so glad I did end up making the move. I love being here. The access to art is so direct and immediate. The main difference I would say is that the pace of life is slow in Richmond. NYC is visibly faster with much more daily hustle and bustle. I love how frenzied and accelerated things are here, I just wish there was a way to experience all the daily vibrations of the city in a way that didn’t make life feel like it is permanently pressed on fast forward. 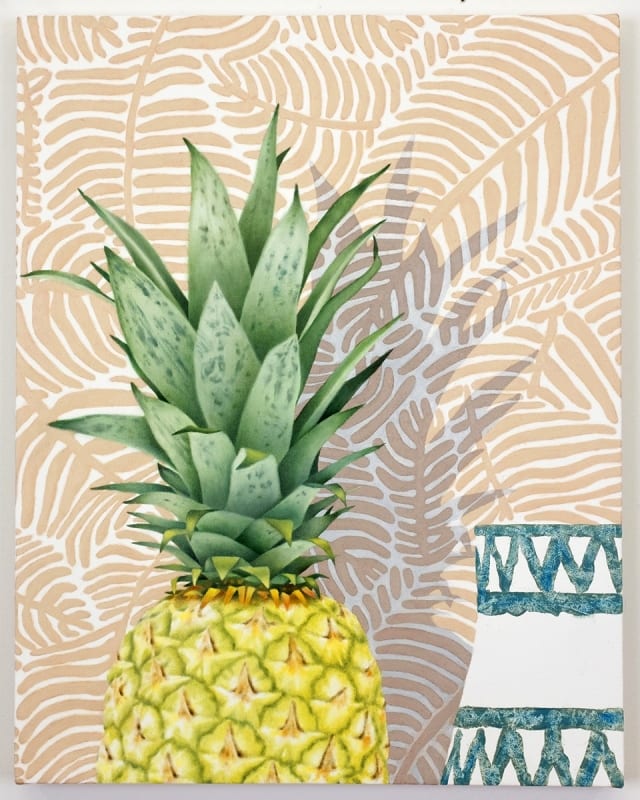 The artist I recommend is Nick Irzyk.