Amy Lincoln Wows Us With Her Vibrant Takes on Nature

Amy Lincoln paints the scenes that she views outdoors with an electric palette. Taking much of her inspiration from her own backyard, Lincoln finds fascinating juxtapositions of color and form, exaggerating them to create fascinating compositions that play with reality and fantasy. Lincoln is based in Queens, NY.

What are the scenes you depict in your paintings?

The imagery in my paintings is usually a combination of a number of elements that I find visually interesting. Plants that I see in my daily life are usually the primary subject matter. Lately I have been also including human-made elements such as buildings, furniture, fences, and streetlights. There are also depictions of natural elements that I paint almost as symbols, such as water, clouds, the sun, stars, and the moon. I aim to combine all of these elements with a particular color or light experience in mind. I’m interested in depicting forms that feel three dimensional, without being overly wedded to depicting things as they look in real life. 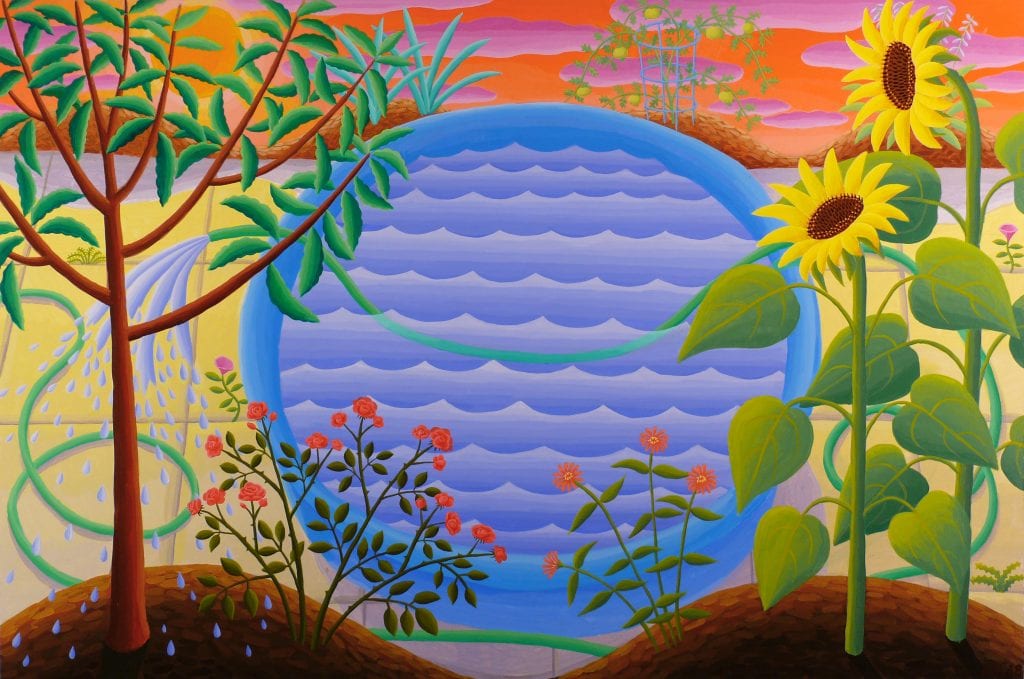 Are you interested in painting both the outside and inside world?

Yes, I am interested in making paintings of indoor scenes as well as outdoor scenes. Though plants seem to need to be involved if it becomes a real painting and not just a drawing or a study. If you mean psychologically interior, that’s not something I’m consciously thinking about. But I suppose my mood ends up filtering through the work sometimes. It’s not intentional, though. I think the paintings reflect the seasons. My work ebbs and flows depending on what it’s like outside. 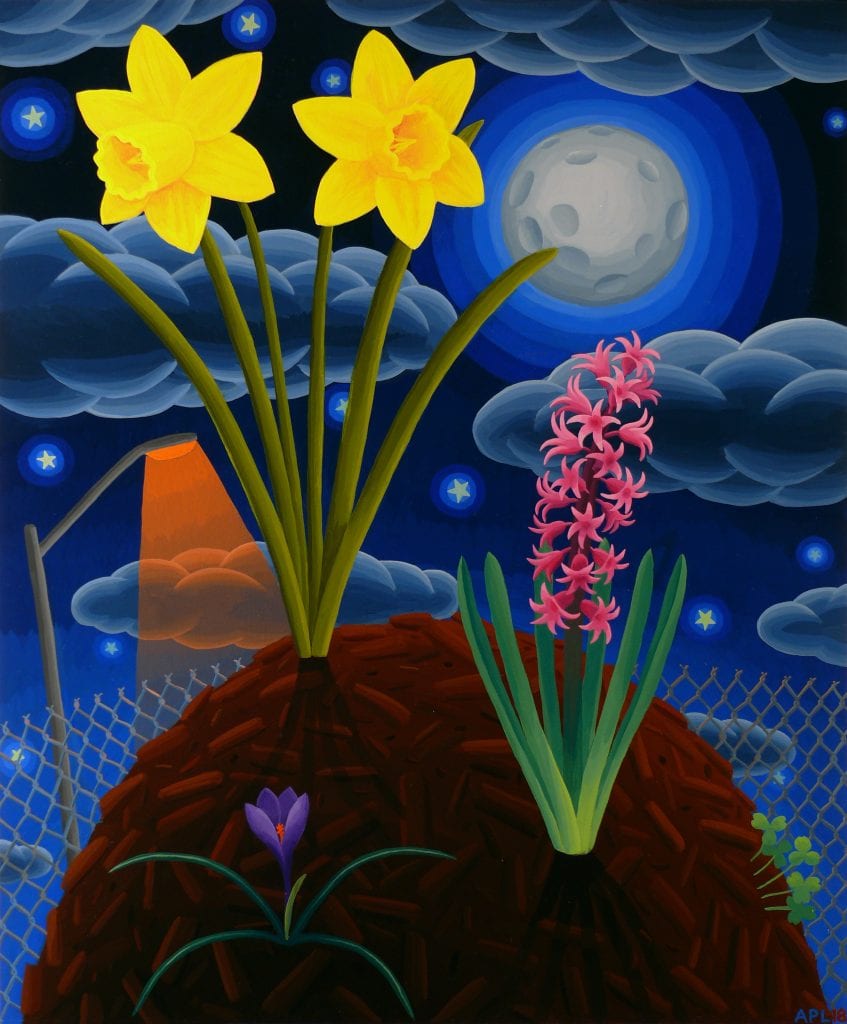 Usually inspiration for a painting begins with me feeling interested in a plant, or a grouping of plants. It helps to have a few visual elements that I have seen in the world that I can get excited about. For example, recently I bought a new snake plant and also some patterned fabric that I am now painting as a still life scene with curtains in the background. I try the painting out as a study first, in acrylic either on a small panel or on paper. Usually the final painting ends up pretty similar to the study. Not all studies become final paintings. 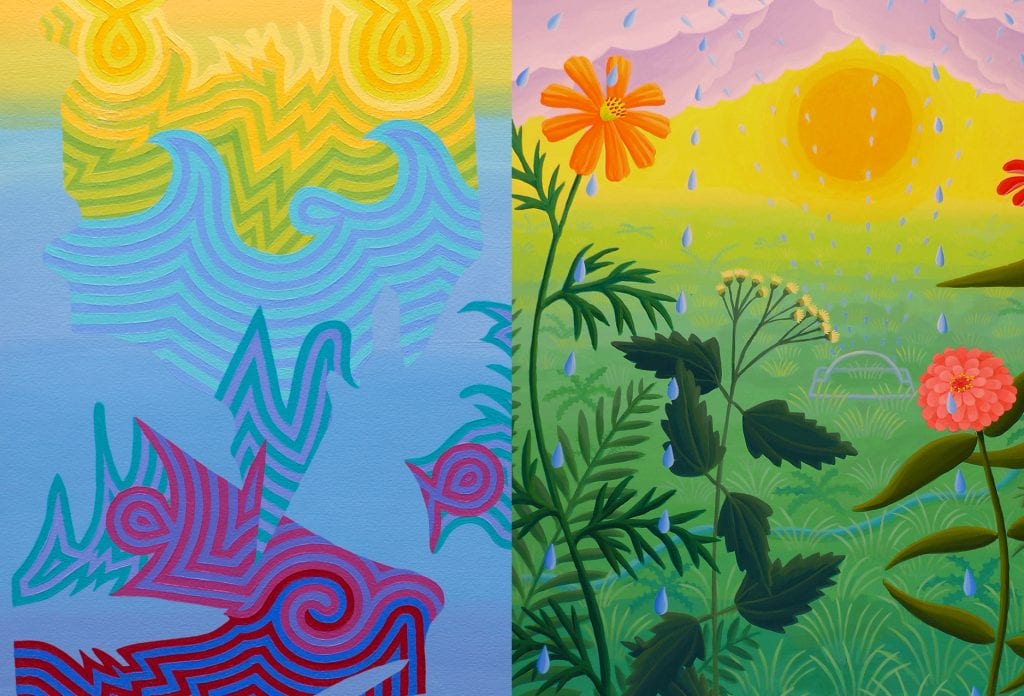 Why do you paint on wooden panel?

I like panel because it is smoother and less bouncy than canvas. 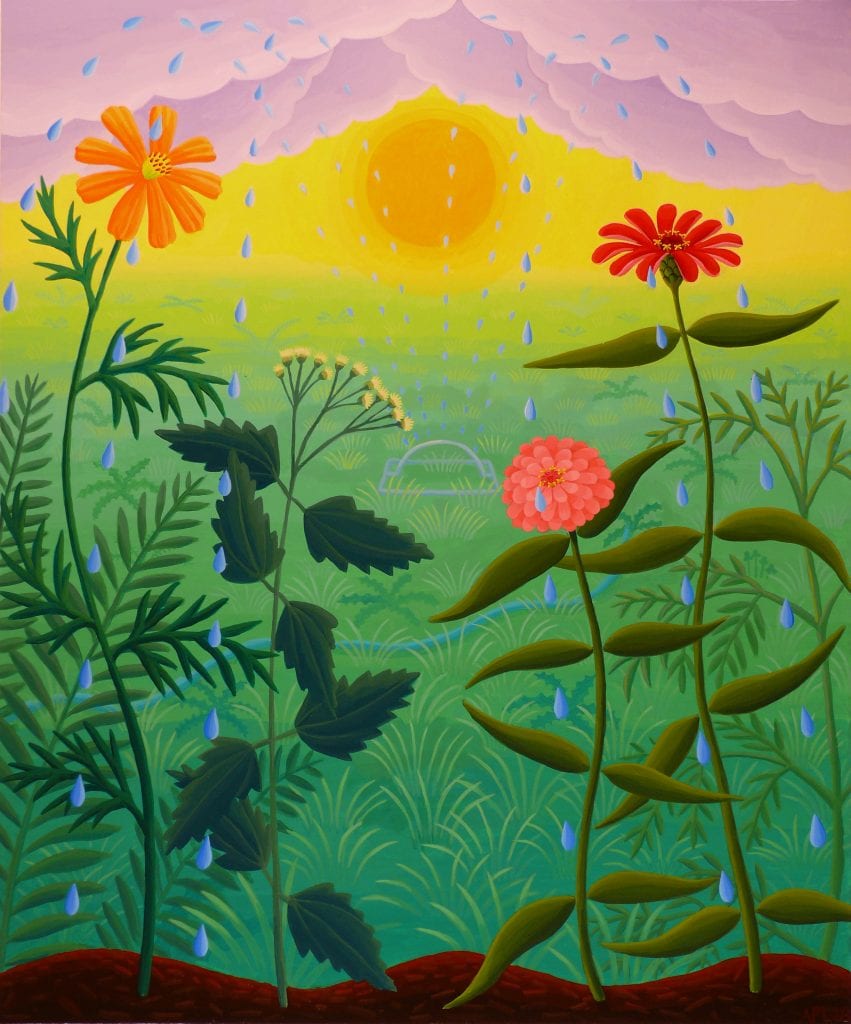 What other painters most inspire your work?

Is it important for you to maintain a balance between realism and fantasy in your work?

I find myself trying to figure out how realistic things should be versus imaginatively depicted. I think whatever makes the painting more compelling is what I try to choose. There’s a range within a painting. Some things are more realistic, other things more like symbols. 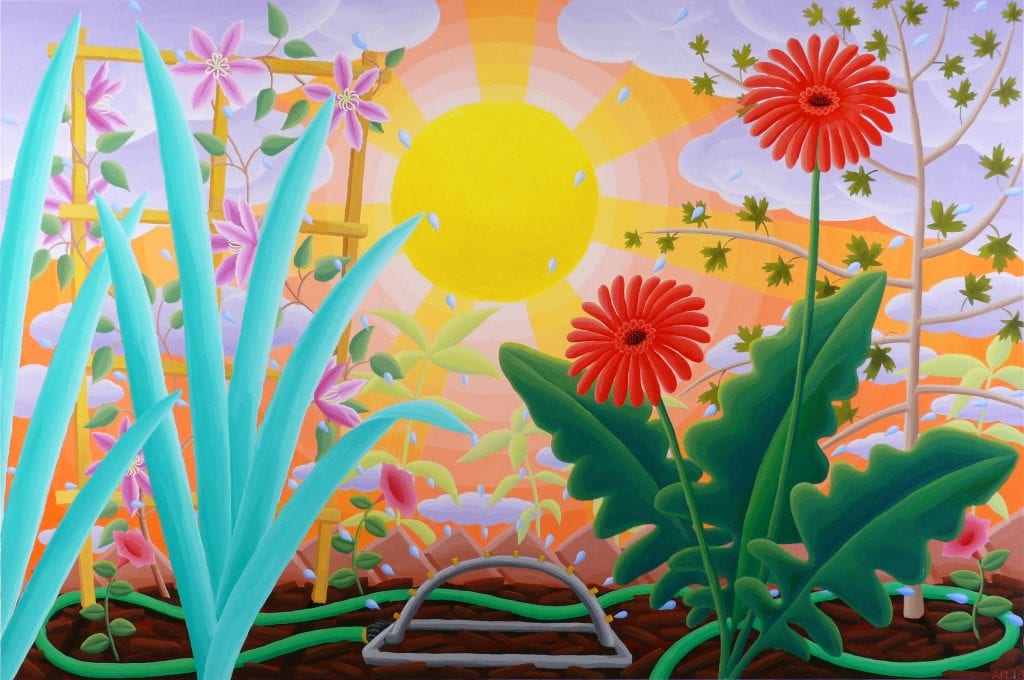 I’m working on an animation that will be projected in the background of a ballet performance for an event called Counter Pointe, created by Norte Maar. I also have a two personal show with artist Caetlynn Booth at Project ArtSpace coming up in May.