Angela Heisch’s paintings blur the boundaries between abstract and formal composition. They are bold, eye-catching bursts of color that become even more interesting when you take a closer look. Angela’s latest show “Resting Position” just closed at 106 Green. The works on view in “Resting Position” are meditations on the performative imperfections, measured accidents and tonal engagements that happen within what at first appear to be balanced, orderly worlds. Angela lives and works in Brooklyn, NY.

Support. I find artists to be generally supportive in New York, but there’s certainly a community of female artists that are really lifting one another up and celebrating one another’s success.

Actually, I remember noticing now many females were in my college art classes and how few males there were. I’d hear certain phrases like “art is a girl’s thing” from the male students I taught. Simultaneously I realized that most of the successful artists I was looking to and learning of were men. Men have historically been more likely to make a living as professional artists, and still today there are pay gaps between successful female artists and their male counterparts. But I think we’re continuing to move in the right direction. 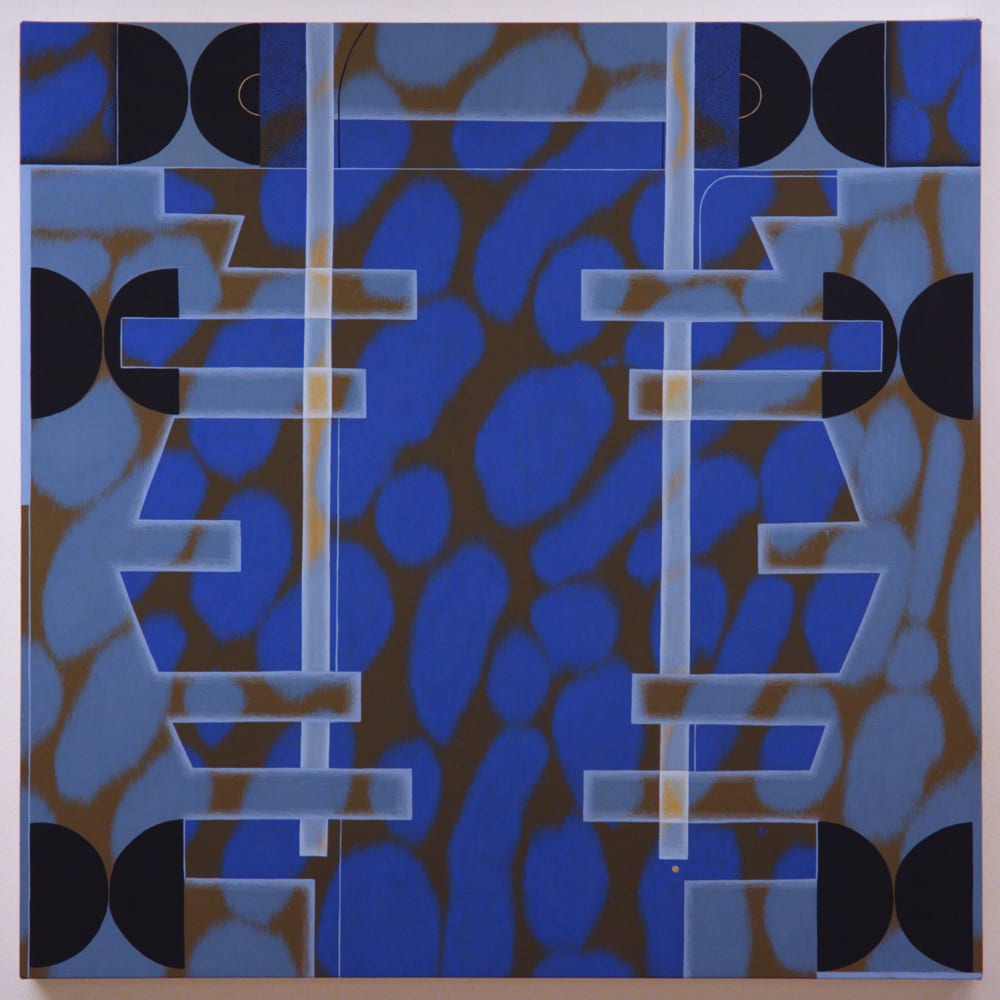 I can’t say I’ve been around long enough to see an earth-shattering shift, but I have noticed and experienced a growing support and recognition of female artists over the past decade or so. There’s been a much greater effort in recent years for gallerists/curators/online platforms to work primarily or exclusively with female artists. I think things take time, and these movements are usually a bit ahead of the masses. It’s important to be persistent and allow our ideas surrounding what it means to be a female artist evolve. 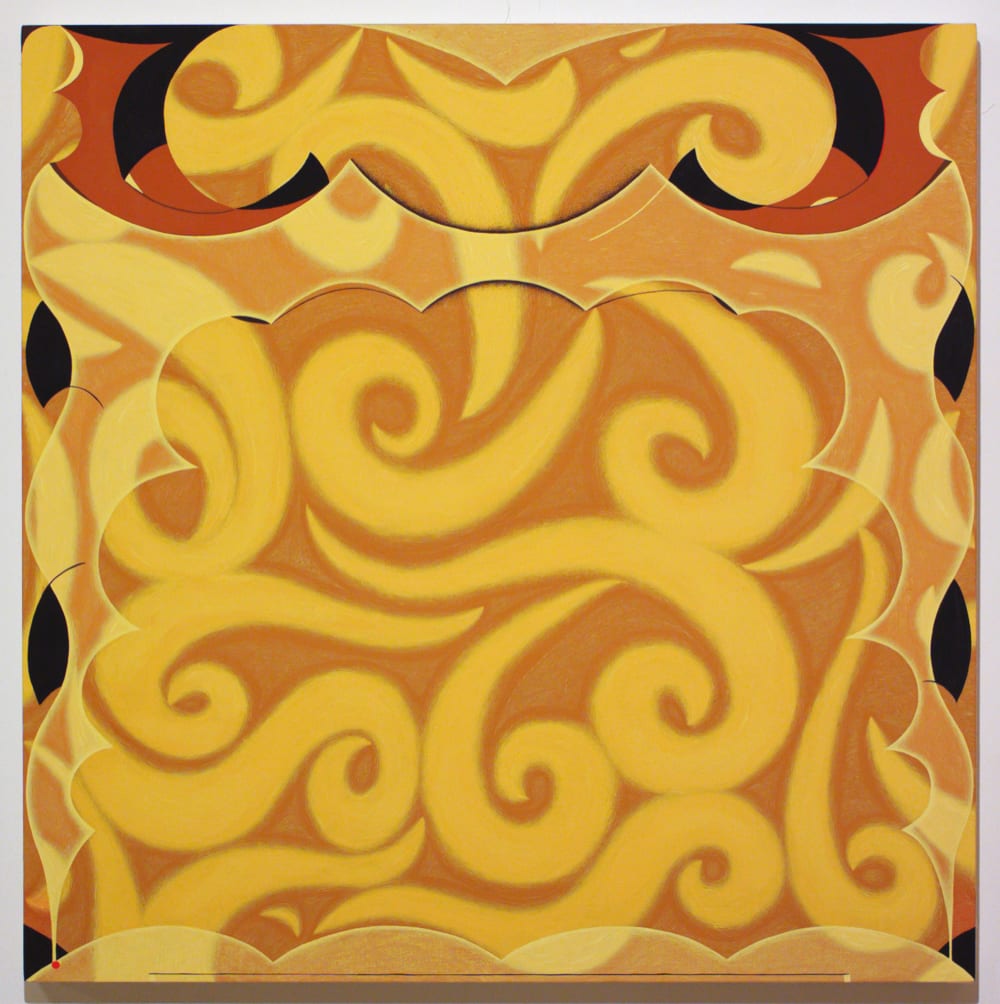 My biggest hope and anticipation would be for “female artists” to be known as “artists,” like male artists have always been. I think the shift happening right now is extremely important, and long overdue, but I do feel a certain pressure as a female artist to make work that’s explicitly about being female in order to be relevant in this particular climate. My hope is that my femaleness is recognized positively as more implicit in my work. 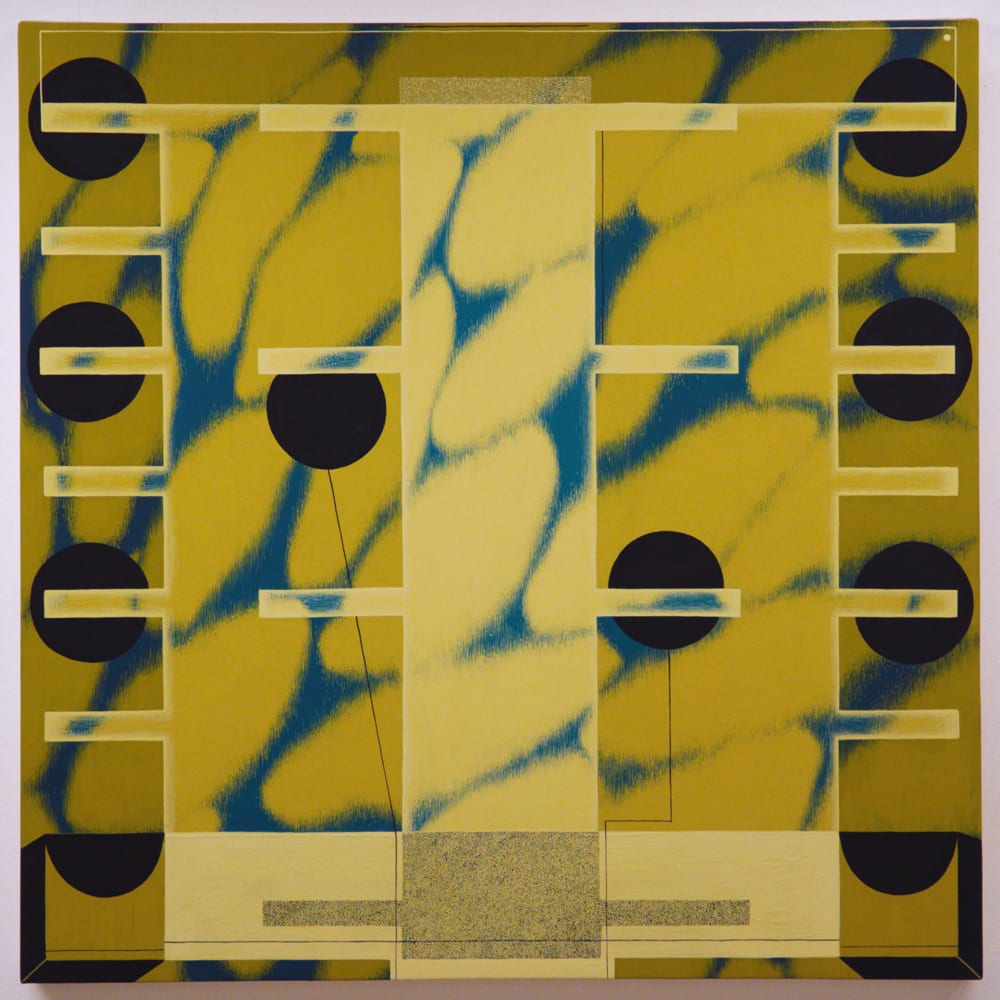 Your paintings seem very methodical and planned out. Do you leave any room for chance when creating?

Definitely. I’ve never successfully predetermined how a painting was going to turn out before it was finished. But it’s taken a lot of focus and restraint to get to where I am with my work now. I start with a simple line drawing, make a few of those until some of the kinks have been sorted out. The image usually changes a great deal as I’m sketching the outline for the painting. So, it’s hard to make the same painting twice, or even replicate fully realized studies. Leaving room for chance has become most important as a way of cutting out things that don’t contribute to what I’m trying to convey in the painting.

Can you speak about nature’s influence on your most recent body of works?

It mostly was a result of an evolution. I was paying a lot of attention to architecture; these vaguely referential structures that perhaps seemed important, or pieces of something that once held importance. I always felt as if the structures in my work were breathing, but functioning more as spaces the viewer could enter, which often left them feeling devoid of life. Patterns and symmetry in nature have always drawn me in. Specifically, the patterning and symmetry of insects, plants, and fungi. These life forms are often stumbled upon in their natural environment, sometimes blending in to their surroundings. Yet their appearance is so arresting, often stopping us in our tracks. I love that feeling of visual surprise.

What other influences led you to create this new series?

More than anything, constantly reminding myself of my intentions. The move from my studio in Sunset Park to a basement studio in my apartment had a big impact visually. While in Sunset Park, I was making sketches walking to my studio or waiting for the train. My main preliminary practice was observing architecture, so the work was a bit more roomy, like stages or closed-in spaces. Since moving, I’ve spent much more time outside in my backyard thinking about lifeforms and patterns in nature. I’m still very much drawn to architecture, but interested in more vaguely representing the function of man made structures. 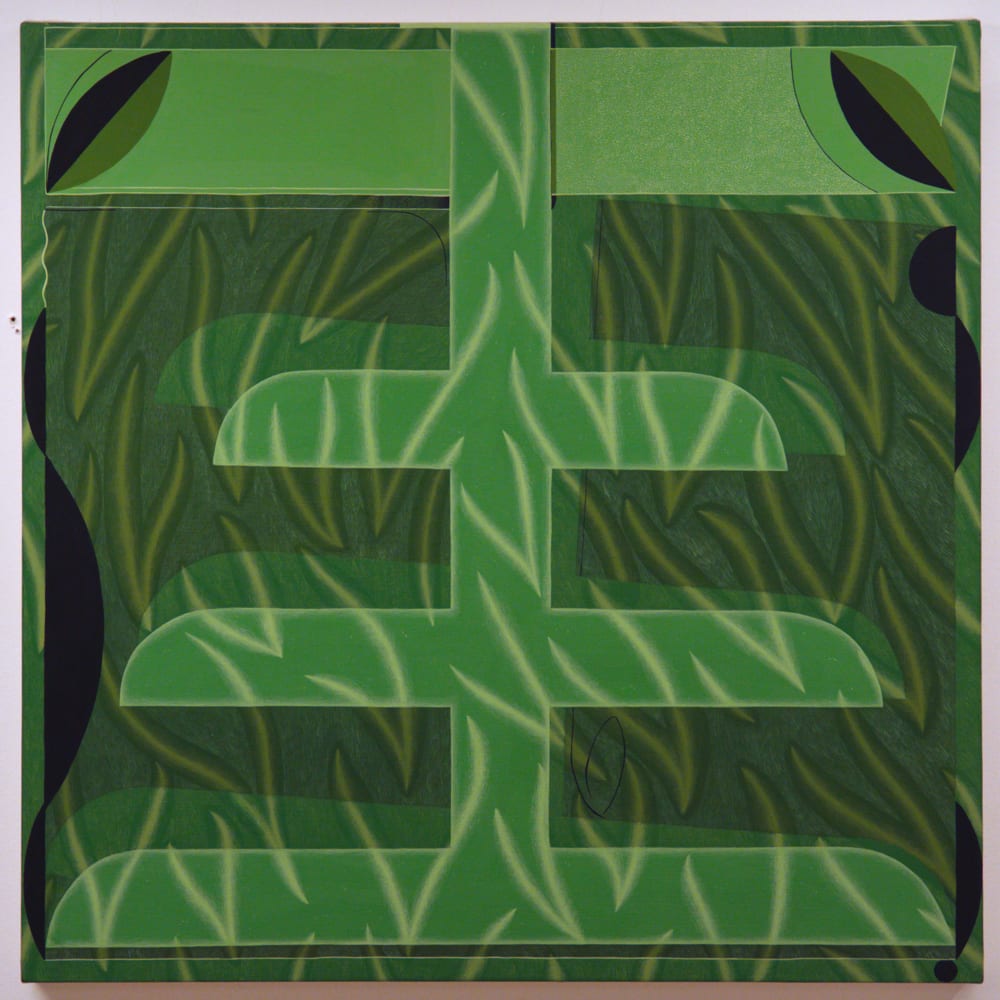 Your color palette is very eye-catching, employing almost all primary colors. Can you speak on your choice of colors in this series?

The monochromatic aspect of the paintings is a pretty new development. I’m really drawn to earth tones: olives, sienna, umber, greens and of course red. In this recent body of work for the 106 Green show, I challenged myself to embrace colors that I’m normally opposed to. I realized I had never made a blue painting I was happy with because blue didn’t exist in the world that my paintings existed in. This realization inspired my first two successful blue paintings, and the greater majority of the work in that show.

Ginny Casey—her paintings are playful and mysterious and clunky but elegant.

Gagosian Hangs Loose with A Lifetime of Surf

Exploring Representations of the Self and Distance at Maximillian William Gallery, London