Anna Weyant is a spunky 20-something Canadian living in New York City, and she is ready for adventure. Finding humor in the “paradoxical idea of misbehaving within a structured and controlled environment,” she choose dollhouses to set the stage of her first solo show at 56 Henry in New York last fall.

When I sat down and talked with her she told me someone had recently seen one of her works and commented on her use of a “dead palate.” She laughed when telling me this, and it’s a surprisingly accurate description. Her figures appear almost waxy or cadaver-like, but never flat or void of emotion. They’re curious, bored, nonchalant, even sad in some cases. An intriguing thought, especially when considering the subject matter is a tongue-in-cheek take on adolescent girls behaving duplicitously. At school, she was taught the basics of painting, but more often than not, professors steered her towards abstraction. Her current style, obviously, is not that. It almost seems like her work, so heavily inspired by Dutch Old Masters, works in defiance of her formal education. Upholding the idea that these works are self-portraits in some way, you can see that she herself might be just as rebellious.

Where are you from originally and when did art first enter your life?

Art entered my life in a major way when I went to RISD, particularly when I was in my senior year. I had decided to go there and to study painting, but it really wasn’t a big part of me until then. I painted before and enjoyed it, but there was sort of this moment when it became everything to me.

And I’m from Calgary, Canada! 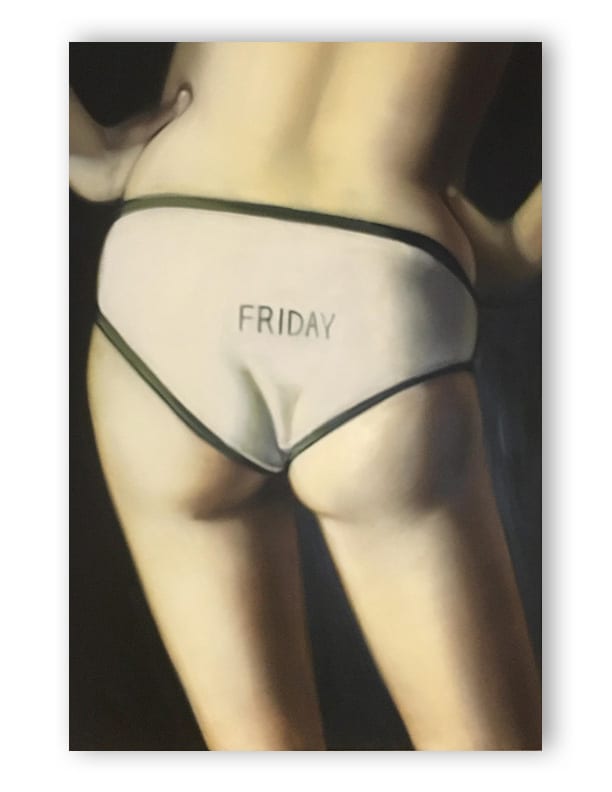 Did your formal education at RISD inform your current style or have you since deviated from what was taught at school, and why do you think that might that be?

It’s guided my practice in a million ways, though I feel I’ve deviated from it in a million others. I’m still working with many of the same themes and ideas, but, since leaving RISD, the way that I execute them has totally changed. 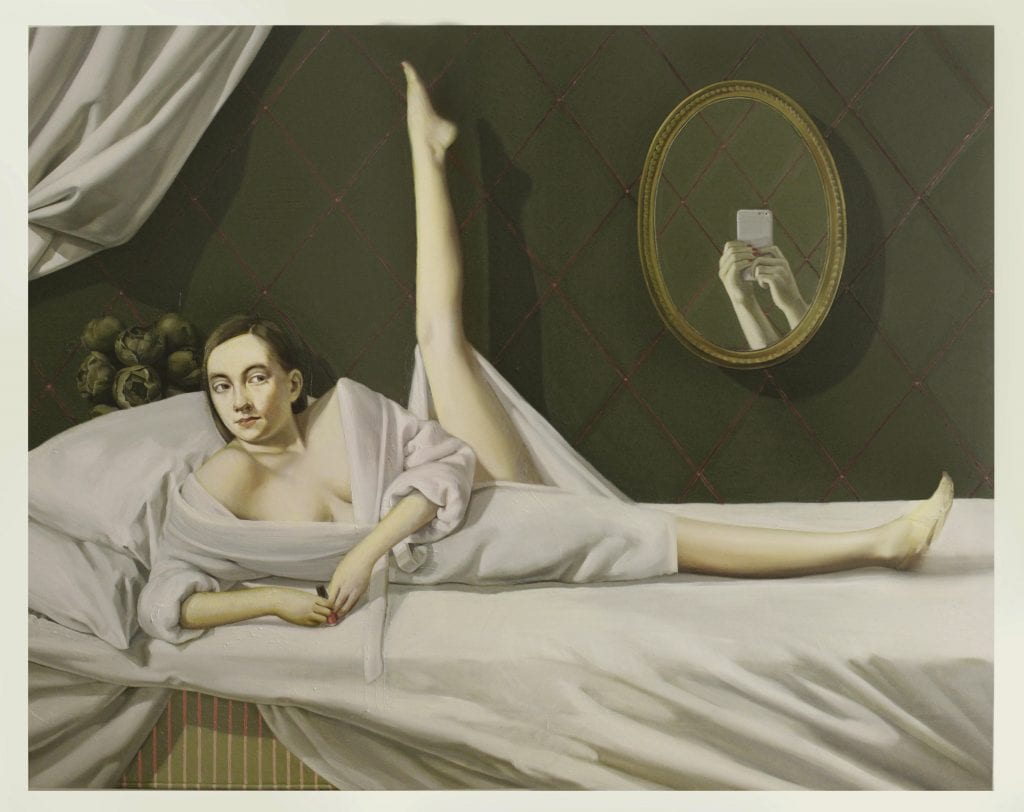 Primarily from the work of other artists (contemporary and historical), but also from children’s books (Madeline, Eloise, anything by Edward Gorey) and advertisements (Perry Ellis in the 1990s is good). 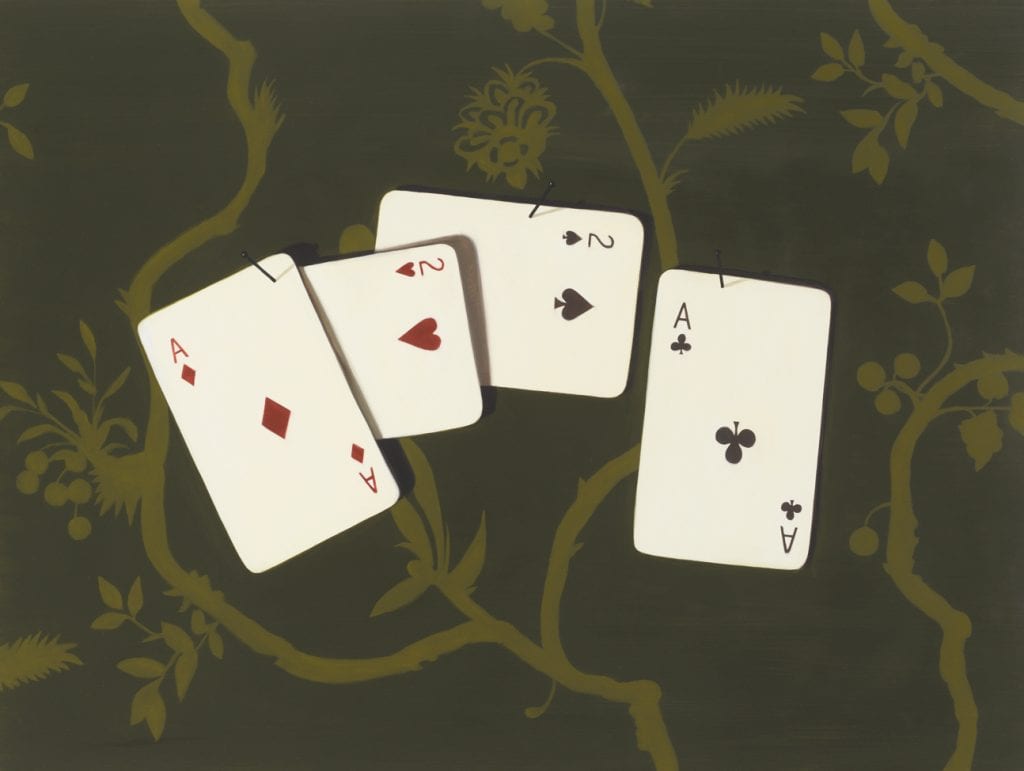 Your most recent series focuses on adolescent girls and dollhouses, why are those subjects of particular interest to you?

I’m interested in corrupted (but still playful) characters and tragicomic narratives. My figures are often self reflective and primarily young women. I’m looking for humour in the clash of youth rebellion and repression, and in the seemingly paradoxical idea of misbehaving within a structured and controlled environment. The dollhouse was the perfect stage.

After your first solo show at 56 HENRY in New York, what were some of the major differences between having your own exhibition and a group show?

Any show that I include my work in is precious to me, but having my own show felt really big. It was everything to me. 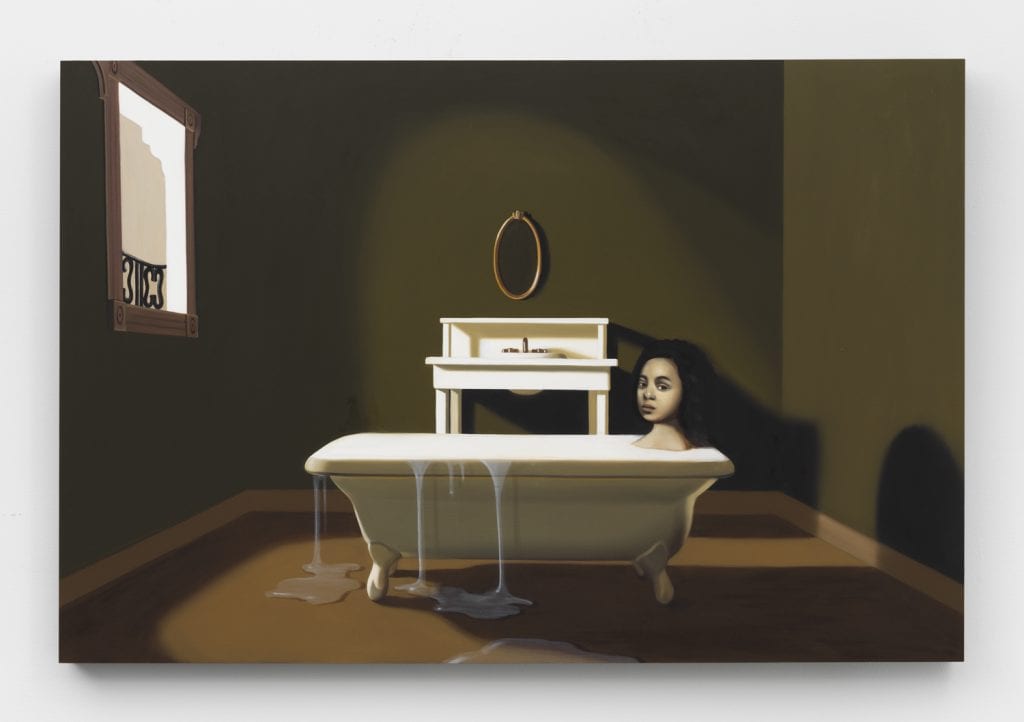 What is the most complicated or challenging part of creating your works? 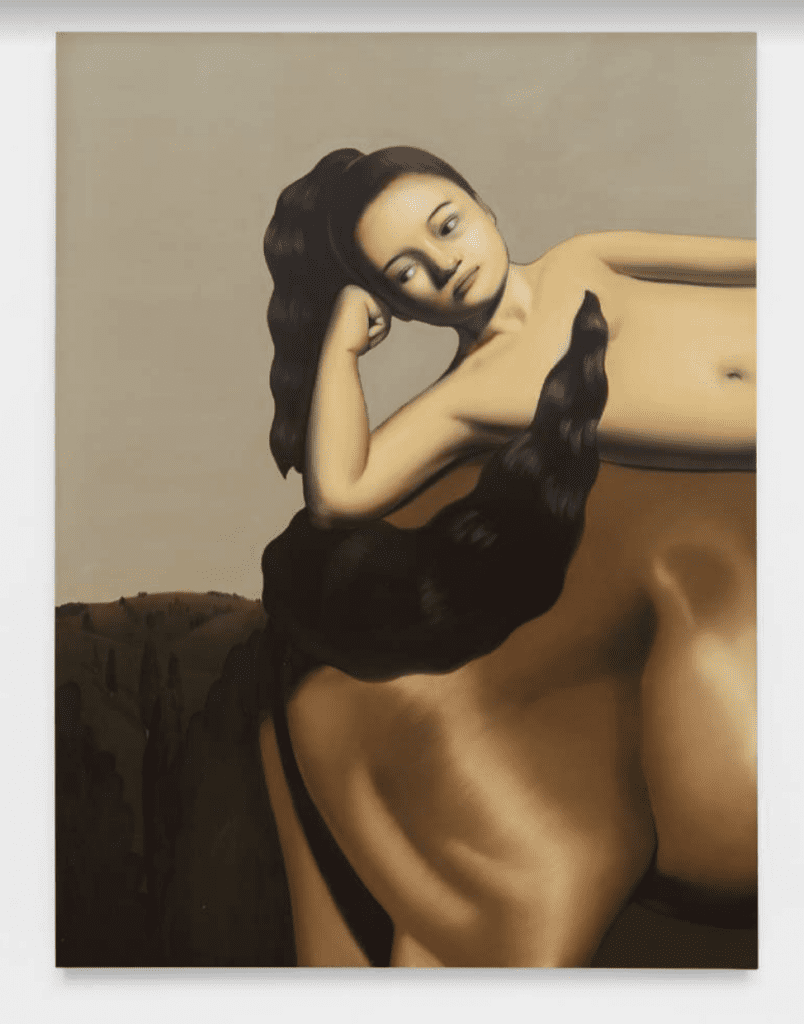 Yes! So many. The Dutch Golden Age painters – Gerrit van Honthorst, Gerard ter Borch the Younger, Judith Leyster (who is totally cool!), and their contemporaries. Also, Caravaggio, Artemisia Gentileschi, and Francisco de Zurbarán. Élisabeth Vigée Le Brun is super interesting and I adore Andrew Wyeth, Alice Neel, Balthus and Magritte. This is in no order, by the way. I’ll also add John Currin, Will Cotton and Lisa Yuskavage – though they’re more contemporary influences. 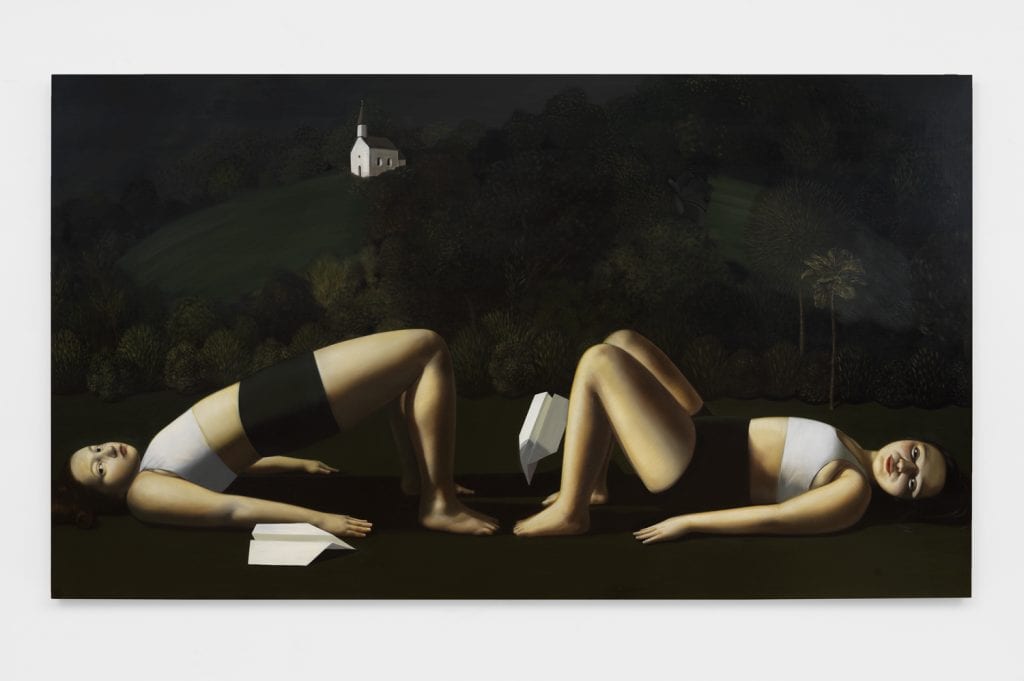 If you could live during any time period, when would that be and why?

I would love to study with some of the painters in Baroque Rome or Amsterdam in the 1600s. Though, as a female artist, I’m definitely glad to be living and working where I am now. 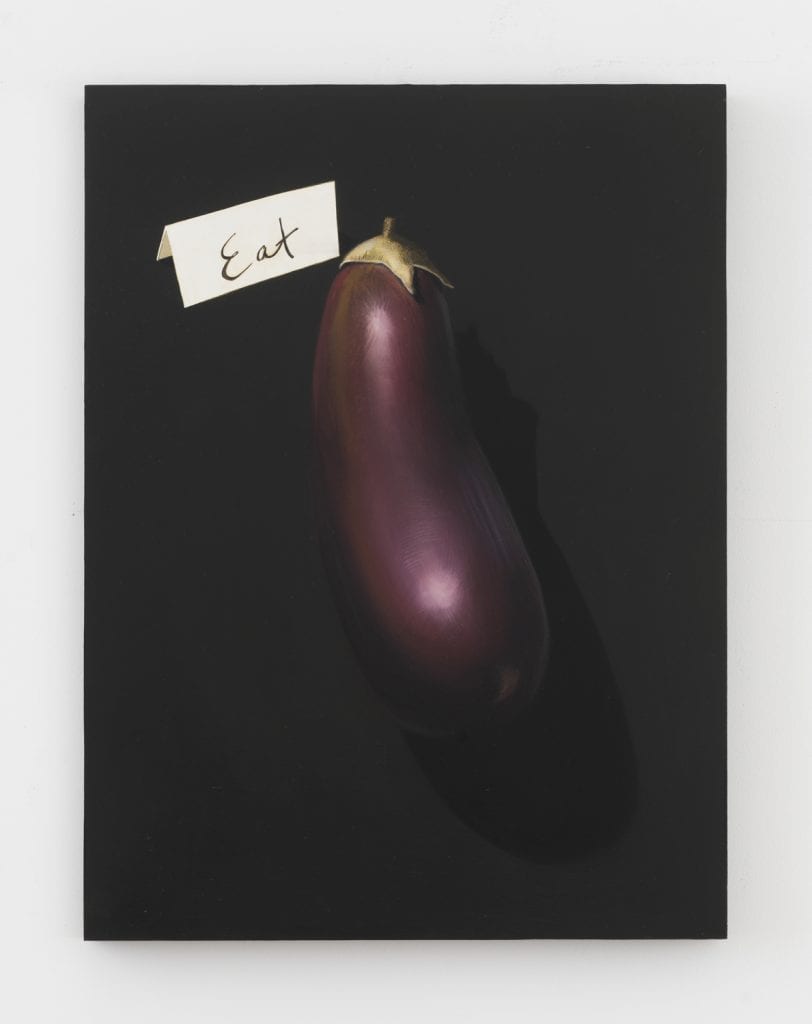 What do you have coming up next?

At the end of every interview, we like to ask if you have any artist(s) you would love for us to check, any recommendations? 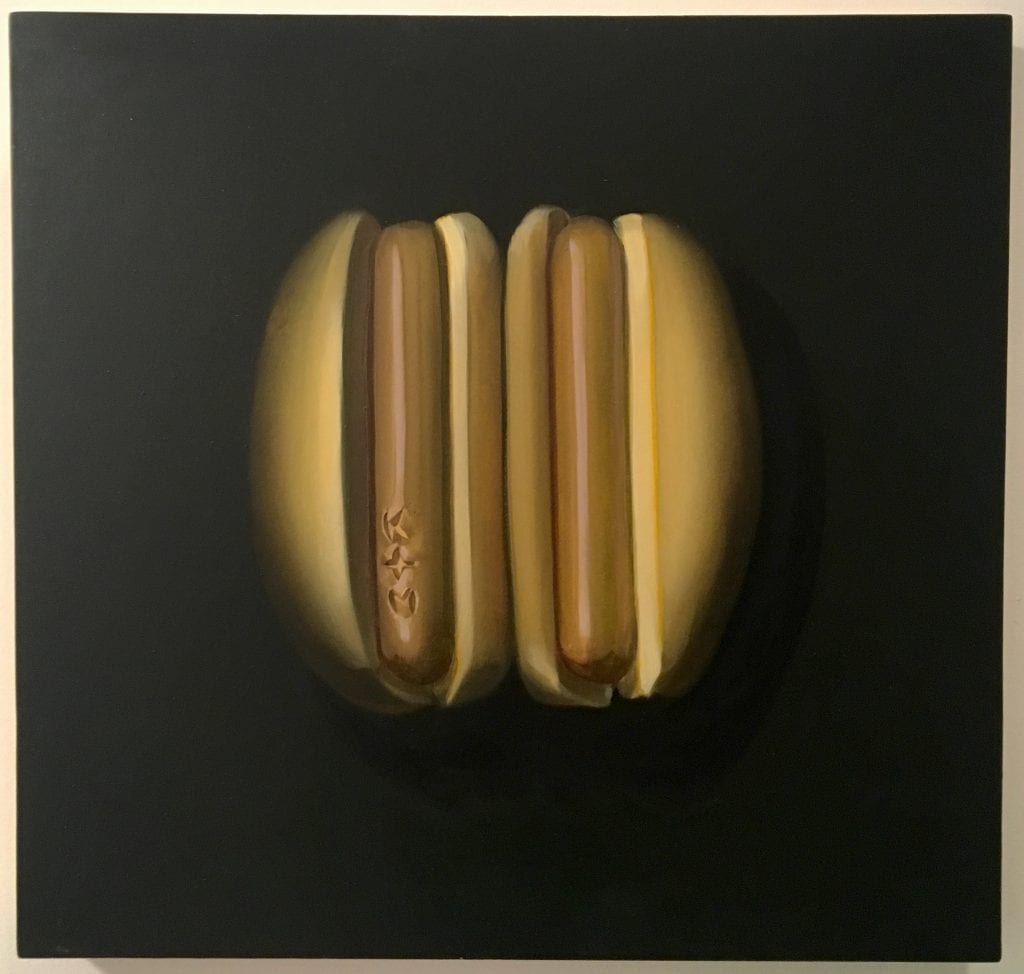