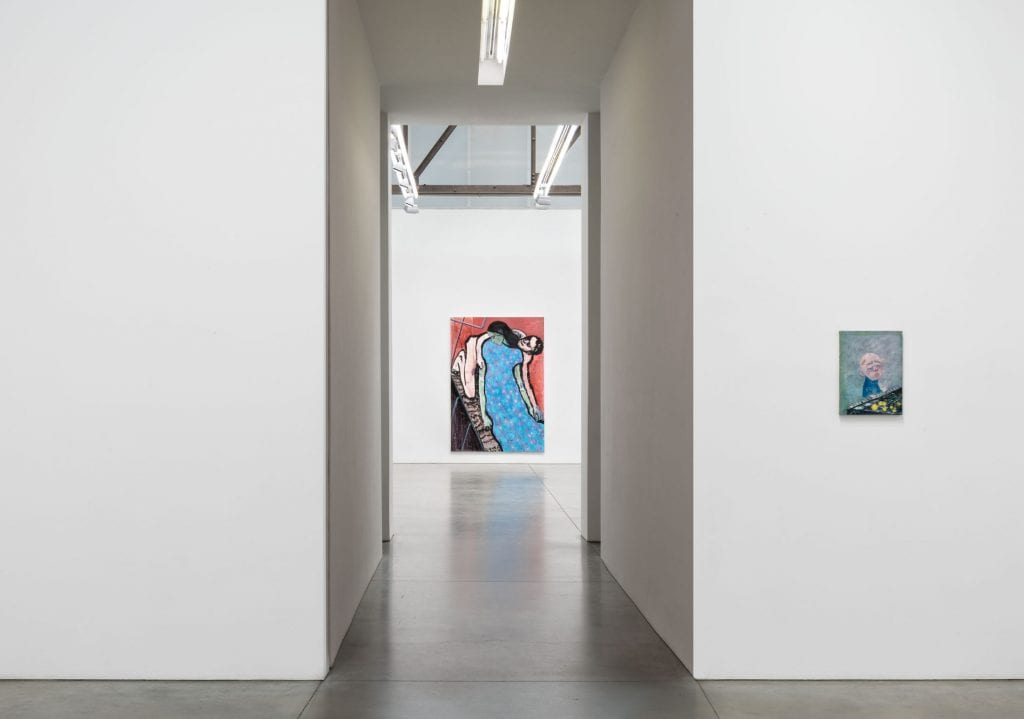 Blurring the lines between real and imagined, Sanya Kantarovsky’s latest presentation entitled On Them at Luhring Augustine Gallery picks apart the historical past of figurative painting by subverting expectation and warping archetypes into something new. As the title suggests, the presentation focuses on the disconnect between humanity by forcing feelings of anxiety and embarrassment into the public eye, punctuated by the dark humor for which Kantarovsky is beloved.  Some scenes are more realistic than others, like a scene you may pass by on the street without giving it to much thought until needing to do a double take, while others seem to appear from the deepest recesses of the unconscious leaving the audience tense and on edge. Overall, the gallery presentation packs an impressive punch for the viewer. 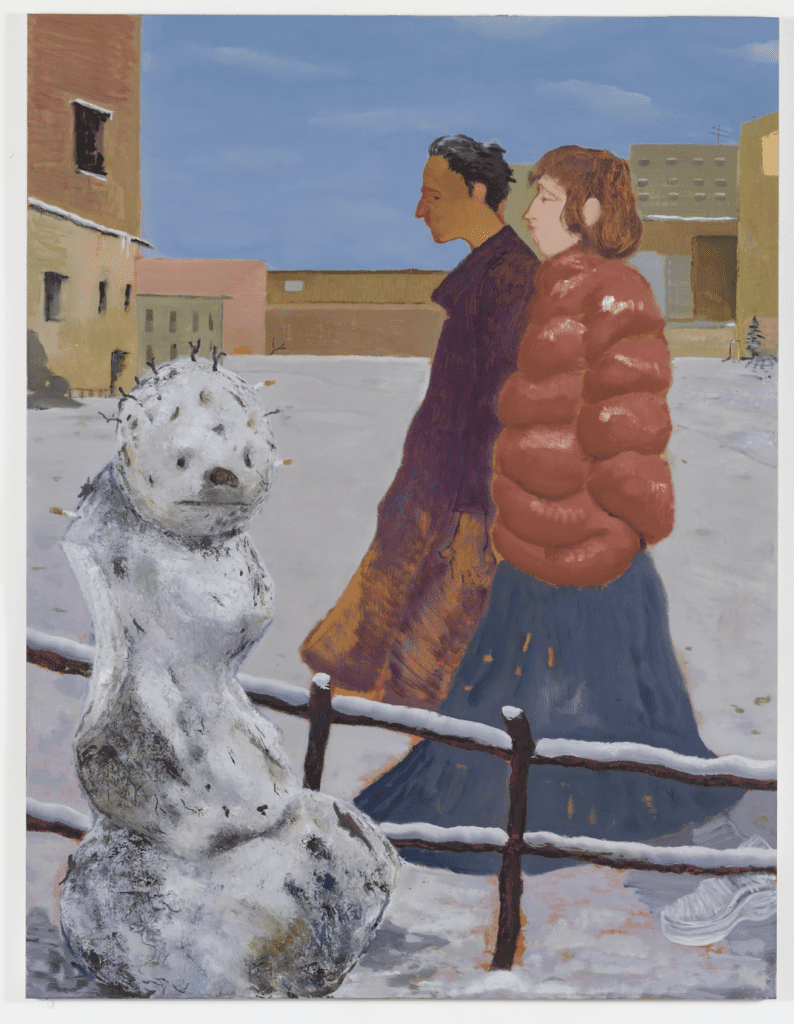 One particular painting that achieves this subverted expectation is Baba (2019). The common figurative scene depicts a couple that walks the street together, passing by a lonely snowman. However, the snowman is not what an audience would expect when imagining the common snowman made by children on a snow day. This snowman is dirty, littered by cigarettes that repeatedly pierce its surface. There is no friendly grin, the carrot nose appears rotted, and the body is misshapen. The perhaps once cheery figure, symbolic of childhood joy, now stares soullessly out at the audience as if begging to be saved by someone. Due to the large size of the canvas (85 x 65 in.), the view is shifted to the audience, placing responsibility now on the viewer. The couple that passes by this snowman pays no attention to it, despite its presence clearly being the thorn in the side of an otherwise colorful painting. Using this juxtaposition throughout the show, Kantarovsky is able to critique humanity and its ability to turn the other way in order to avoid the uncomfortable in society. 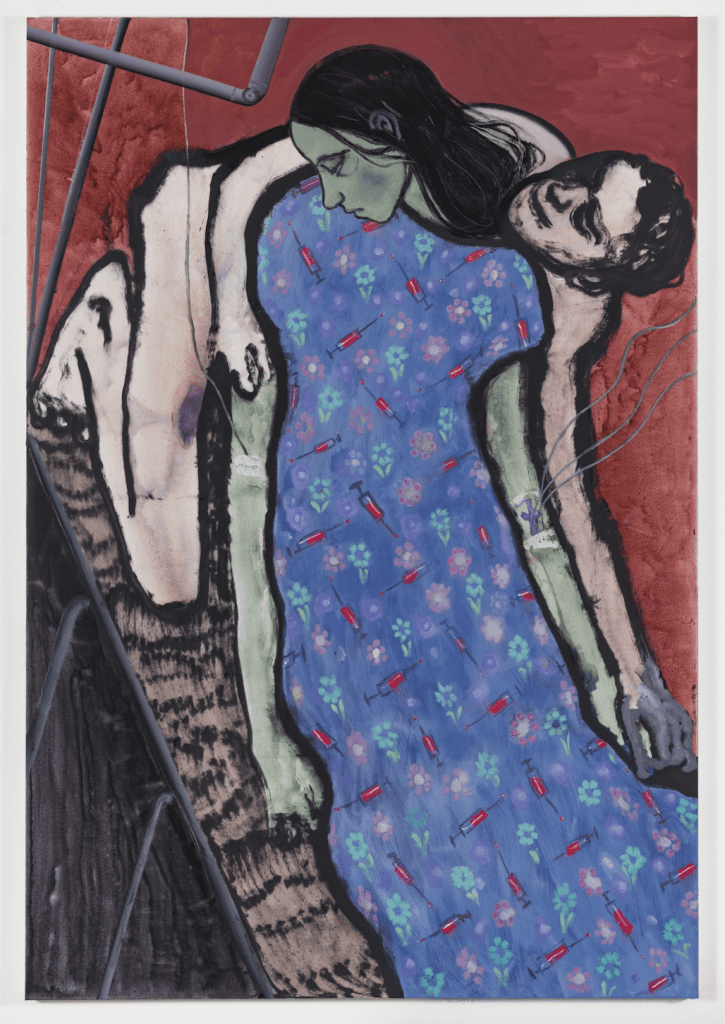 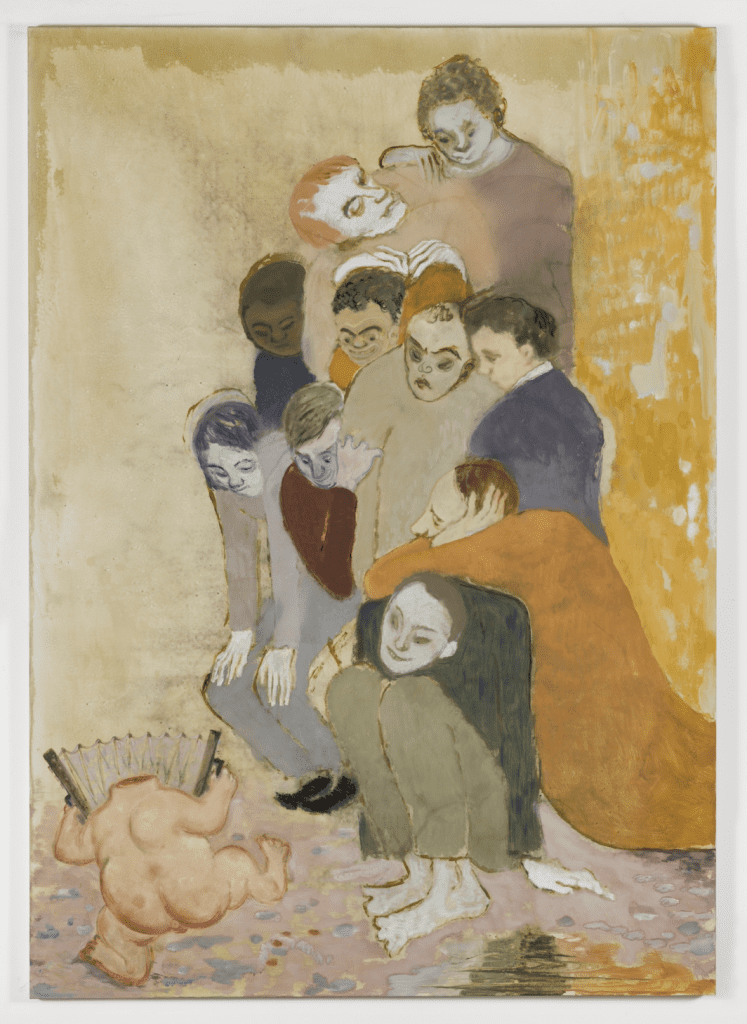 This feeling of discomfort continues to be pushed between the figures and the audience as Kantarovsky further explores the limits of empathy. Using both oil and water color on his canvases, he is able to create conflict on the surface that reflects human emotion. Kantarovsky’s highly saturated palette combined with his melodramatic and dark subject matter invites the audience to zoom in on what they see, and think of who is to blame for the sad and pitiful worlds his figures live in. Depicting uncanny figures, ranging from a headless baby playing an accordion to a hospice patient wearing a smock designed with needles, Kantarovsky continuously asks why we choose to place blame on others, on outsiders, on them. 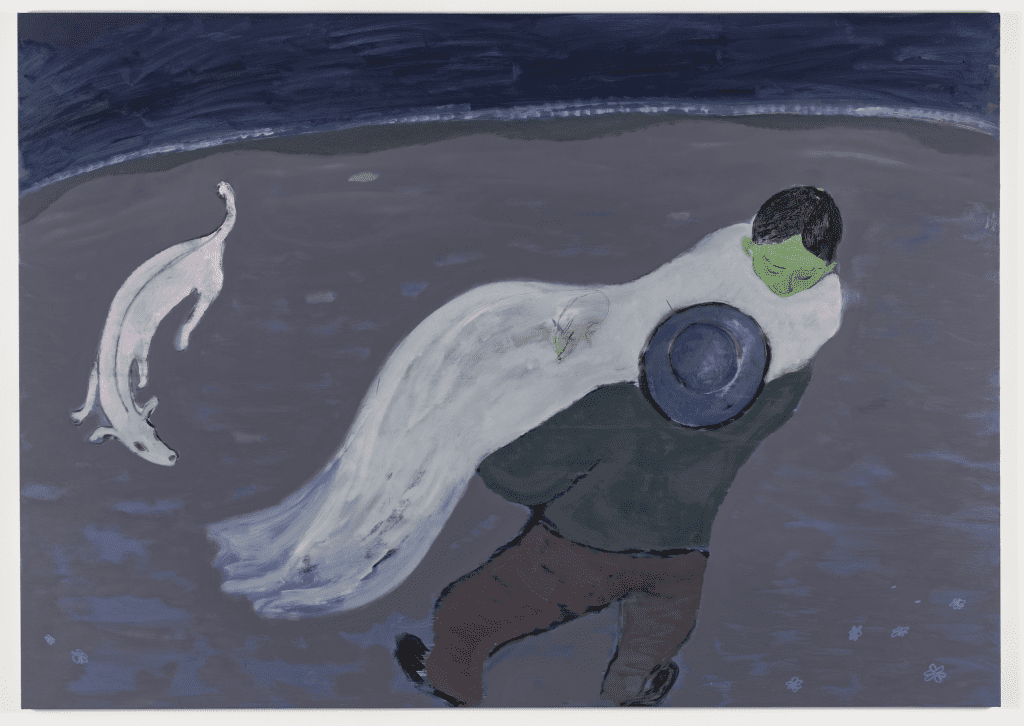 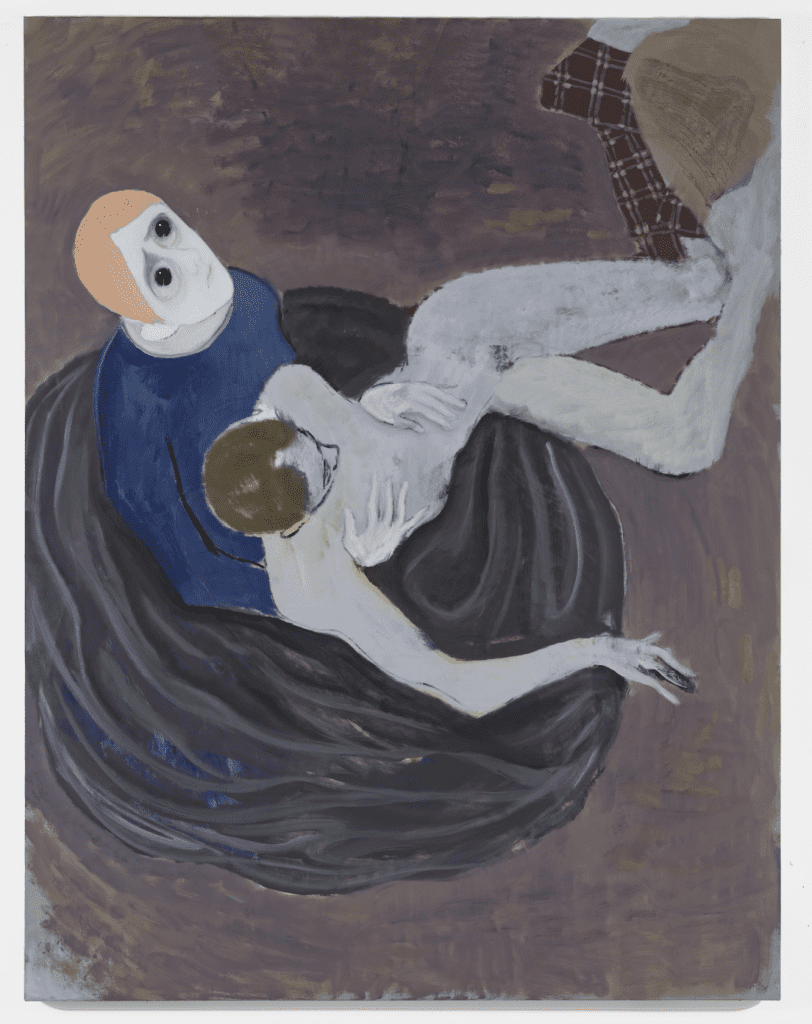 On Them will be on view at Luhring Augustine Gallery through June 15th.