Austin Lee isn’t afraid to experiment with a wide-range of medium. Abstraction and figuration merge together in Lee’s work, where he often uses multiple types of paints and applications on the same surface. His paintings have a pop element to them, as humorous subject matter seems to glow off of the canvas with life. Lee’s work is currently on view in Punch, a Jeffrey Deitch group show curated by Nina Chanel Abney. 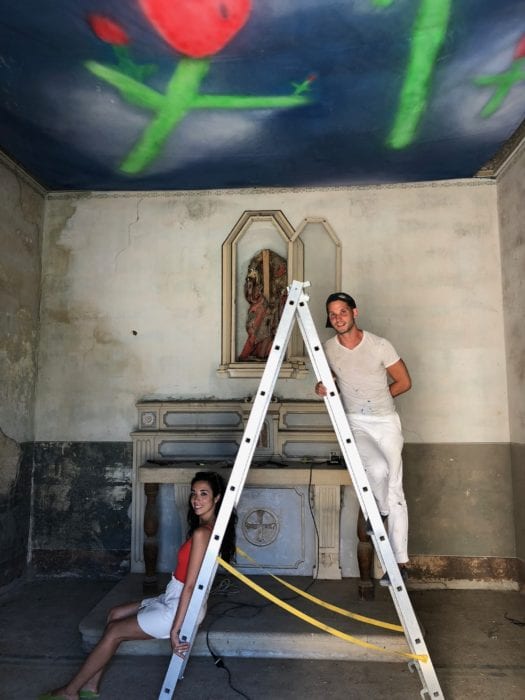 What is your background in painting?

I’ve been making drawings since I can remember but really started to figure things out at Tyler School of Art in Philadelphia. After a few years of working and running a little DIY gallery I went to grad school at Yale School of Art.

How did you arrive at airbrushing as such a prominent medium in your practice?

I started composing my paintings in the early 2000’s using photoshop. I would put drop shadows behind everything. It was probably influenced to the kind of illusion you would find in a computer operating system. After trying to paint shadows with a brush for a while I realized an airbrush was the perfect tool for this. I eventually started experimenting with it in other ways. Finding other similarities like the blur filter etc. 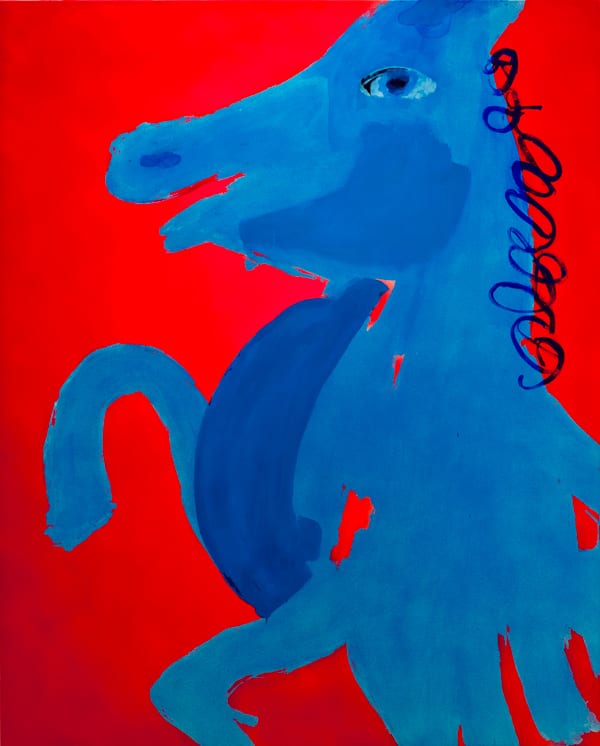 While some of your paintings include distinct, realistic figures, others showcase made-up, fantastical characters and forms. Can you explain your interest in portraying both real and thought-up subject matter?

Sometimes I want a painting to focus on a feeling or emotion, so the sense of space might be less important than color etc. Each painting and idea inform the way it is made and what it looks like. Nothing is real in a painting, so I don’t have any rules when I make one. The focus is on creating new ways of looking and noticing. 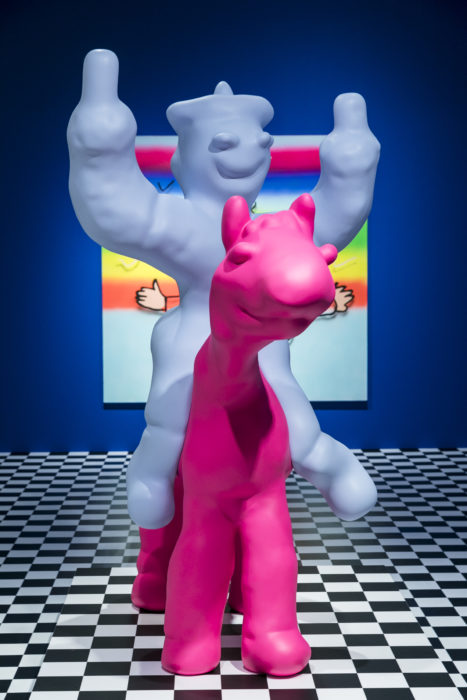 You often create multiple works with the same figure, i.e. a boxer, a dog, etc. How do these works exist in dialogue with one another

Yeah I definitely have a few I return to. An example might be the car. I’ll use a car as a sign of technology. You’ll often see cars that are reckless etc. I made a boxer painting for my Berlin show last year and it was really about how I had felt about America at the time. Not necessarily defeated but in a low moment. I will use it like an analogy to relate feelings about one thing with another. I made another boxing painting this year and was thinking about the inverse. I think a lot when I’m painting, and the ideas slip in and out so there is lots of different meanings for each painting that are sometimes in conflict with each other. Revisiting some images and themes is a way to explore this in multiple ways. 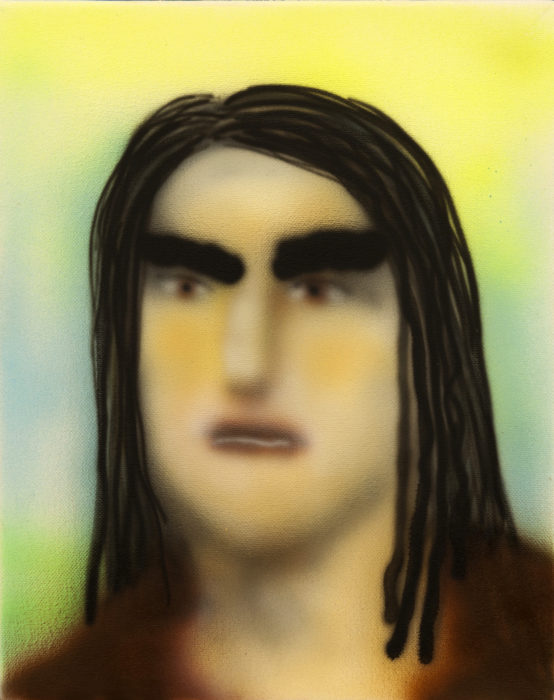 Size is another aspect of your practice you play with, making large scale paintings as well as very small sculptural works. Can you explain how both modes of creating fit into your practice and what your intention is behind such varied works.

Most of my work comes from drawing. I like to capture the gesture of a drawing made with a mouse or on a small piece of paper and translate it to a very large painting. It feels different at that scale and I try to keep the effortlessness of the original. Same with the sculptures. I like to make something that is unexpected either really large or small. I don’t really like to do anything in between.

Your work embraces different modes of technology that exist today. How do you reconcile the physicality and artist’s touch that working as a painter is routed in with the artificial nature of technology?

I mean that’s kind of exactly one of the things I am interested in. That crossover between the two. Instead of just accepting one or the other to investigate both. I think the physical nature of painting is one of its strengths. There is something special about being confronted physically by a wall of pigment. And the freedom of digital is amazing too. I can experiment endlessly and try all kinds of different variations very easily. So, for me it’s great to draw and sketch digitally but once I arrive at something to turn it into a physical object with specific color and texture and size.

Who are artists, both living and dead, that most inspire your practice?

David Hockney is one of my all-time favorites. His curiosity is present through all his work. I love when you can see what an artist is interested in everything they do. When what they care about carries through time and medium. It’s nice to see that with living artists. When you feel like you are along for the ride. Lynette Yiadom-Boakye is one of those artists that I am always looking forward to seeing what she will do next. My favorite dead artists are Keith Haring, Basquiat and Leonardo Da Vinci.

How do you continually challenge yourself?

I try to do things I haven’t done before but I’m not really looking for a challenge. I make that distinction because I think some people fall into a trap of not trusting something that isn’t difficult. If you are curious and care about what you are doing it doesn’t feel challenging. It’s just exciting. I love when things come easy, but I don’t mind if they aren’t. I just don’t give up. I think that’s kind of the secret. Sometimes it takes years to figure something out and that’s fine. I just keep at it. 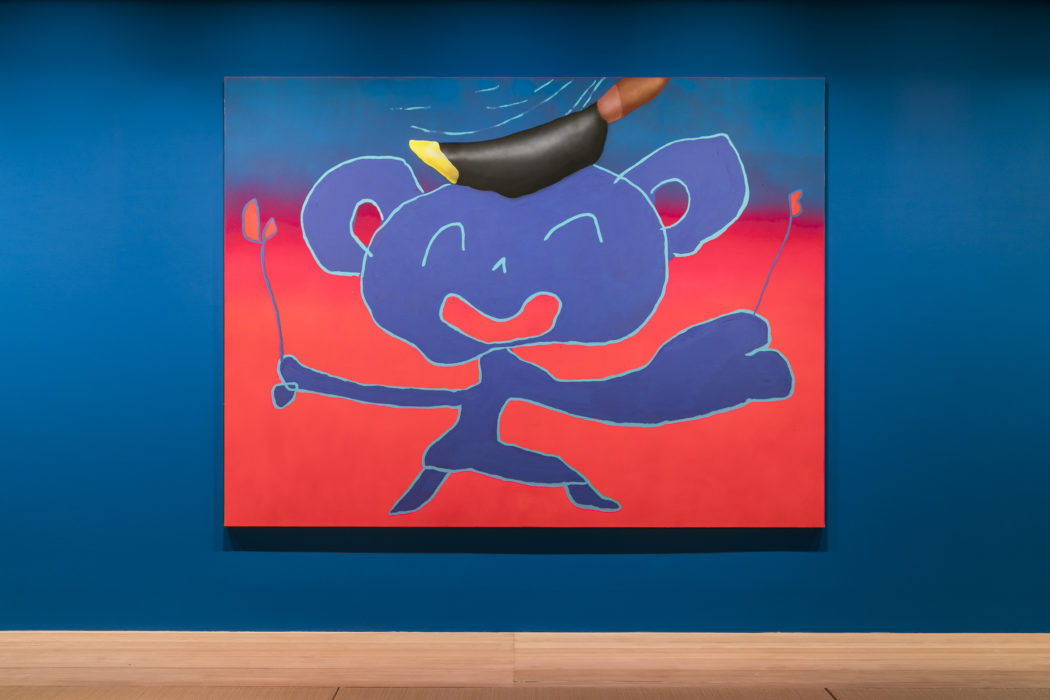 Your work is exhibited in Jeffrey Deitch’s latest group exhibition, Punch, curated by fellow artist Nina Chanel Abney. What does it mean to you to be included as part of such a young and talented crew of fellow artists discussing culture and society in such wide-ranging ways.

That show was very exciting for me to be in. I’m a huge fan of Nina’s so it meant a lot that she would ask me to be in the show. I’ve been lucky to have the support of some of my favorite artists over the years and that is always the most important thing to me. I was also surprised with the energy at the opening. It kind of reminded me of what I had imagined the vibe of a New York scene of the past. 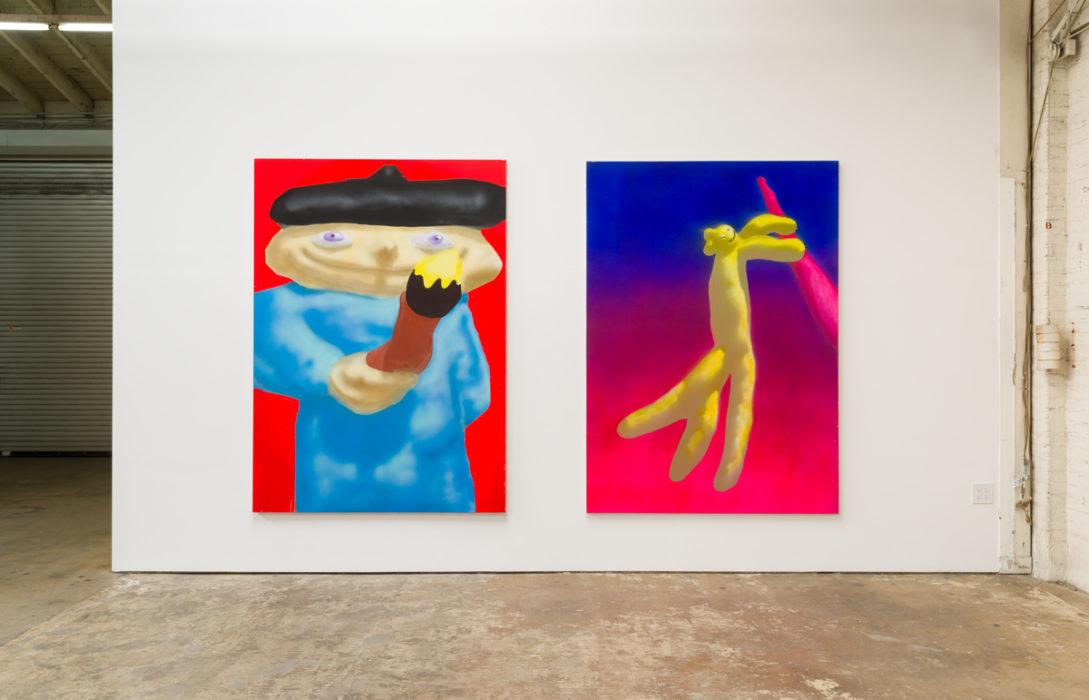 I’m working on my first book of paintings and I’m learning piano right now and pretty excited about that. Finally making progress after years of tiny steps.

Jen Packer. She’s a painter and friend I’ve been lucky enough to have known since undergrad. She is a truly inspirational painter and she is one of the most eloquent painters to hear talk about her work or others.