Burt Bakman Treats His Restaurant as He Would a Canvas

Burt Bakman sees art as important to every aspect of his life. A lifelong cook and art enthusiast, Bakman recently opened his first restaurant, SLAB, in Los Angeles after years of sharing his homemade BBQ with thousands of people in the LA area. Bakman treats his cooking and his restaurant in the same manner an artist would – no detail goes unnoticed. He wants the experience of coming to his restaurant and tasting his food to provide customers with the same experience that one has when viewing an amazing piece of art. In his own collection, Bakman has a keen eye for some of the most prolific painters of the 20th century, as well as the leaders in today’s contemporary market. Here, we chat with Bakman about his relationship to art as it pertains to his unique life. 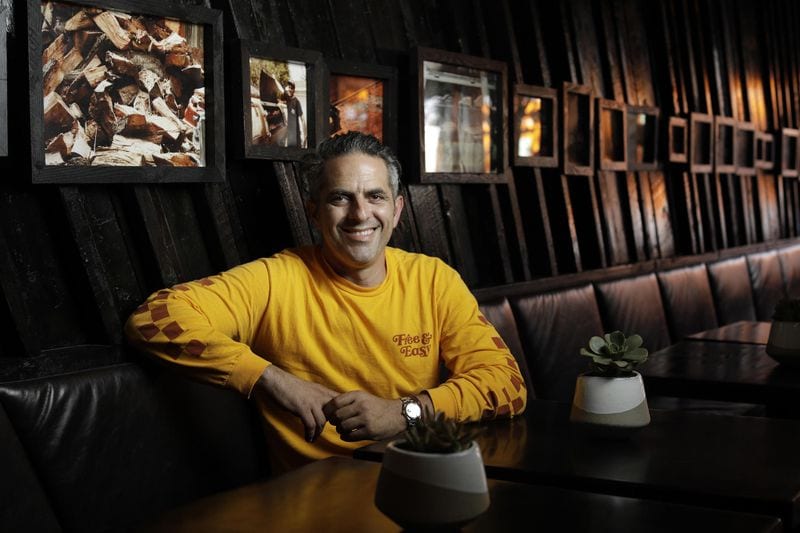 When did your interest in art begin?

One of my earliest memories is sitting with my grandfather by a table in his small apartment in Israel, coloring outlined characters in a book. He was an artist who had to miss his art school studies due to the wars when he was younger. I’ve always been attracted to colors and would notice the smallest things as I went on with my life ever since.

When did you begin collecting?

My collecting started at a very young age. I was interested in collecting items I would find in my path of life, both for nostalgia and inspiration. Like collecting a small bit of energy from the past that I can always revisit. My art collection only really started as I started growing up a little and making a few bucks. One of my first buys was a sketch I bought from a talented homeless man in our area, that would sit and mumble and sketch beautiful images that I learned were things he would see in his own travels through life. He would glue the sketches on which ever wall he was leaning on and would create his very own gallery. It was beautiful.

Who are some of your favorite artists?

In no particular order, I would have to say Helen Frankenthaler, Joan Mitchell, Cy Twombly, Agnes Martin, Basquiat, Morris Louis, Joe Bradley, you get the idea. Colorful. Hopeful. Inspirational.

How do you think art plays a role in the restaurant world?

In a recent podcast by Dave Chang, a hero of mine and a great chef, he interviews Jerry Saltz, where they discuss the correlation between the two which I have been discussing with myself in my own mind for quite some time. There is a point of origin in creating a painting or a dish. A point of inspiration, which I feel both the artist and the chef look to revisit with their work. Of course, you can also have unintentional work as well which also ends up beautiful.

Why is it important to you to fill your restaurant with high quality work?

I hope that our customers, our diners will enjoy the colors on our walls, even if doing so without realizing. A burst of color is always better than no burst. In the case of the SLAB, my new BBQ restaurant, Warhol Gallery is our neighbor, and the idea of hanging some of their Cow prints made perfect sense. It’s great to see how many recognize it and enjoy seeing them. After all, these are signed works, which is also nice to realize that at some point, Andy himself stood right there, right in front of them.

What is your take on the LA art scene?

With the recent success of the Frieze Art Fair in LA, the constant sellouts at the Broad and the amount of people that show up at gallery openings, big and small, it’s without doubt that LA’s art scene as well as food scene are on fire. There is a lot of money here which brings in a lot of great works, although not all available for public view of course, but with local programs and talent, I am thrilled to be in this city.

Do you support local artists?

Just like in cooking, I do my best to support the local guy. Or girl. Even though Jonas wood is from Boston, he’s here now and we claim him as ours!

I bought a Cy Twombly sketch at a Goodwill store a few years ago, which I want to get authenticated! I always hear of these amazing finds and hope mine will be one as well!