Christina Forrer carries an air of mystery much like her work. The Swiss-born, Los Angeles based artist has made waves through the art world with her contemporary take on the thousands-year-old art of tapestry weaving, now on view in a solo exhibition at Luhring Augustine New York. 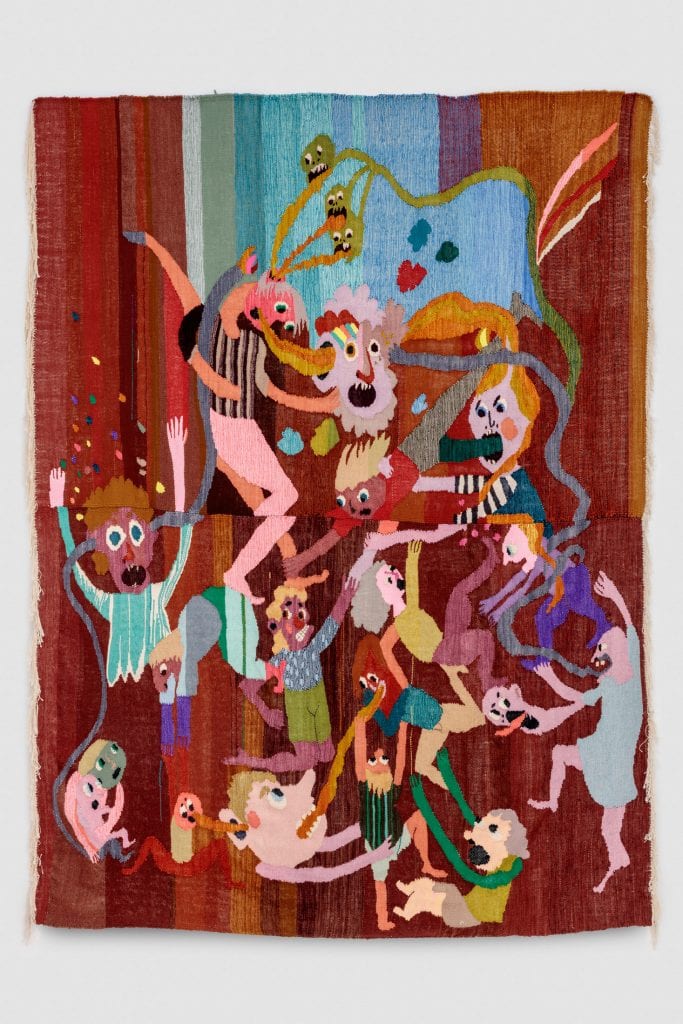 Not much has been written about the artist though her art is revered in the contemporary market. What we do know about Forrer is that her work explores conflict and its many forms, from the conflict that is experienced through personal interactions on a daily basis to large-scale, worldwide conflict.

“From the first second we’re born, conflict kind of guides our lives. I think it’s what makes people do things, good or bad,” Forrer explains in an interview with The Swiss Institute. In her work, Forrer is able to take these moments of conflict and forge them into universally personal explorations which all viewers can relate to on some level. 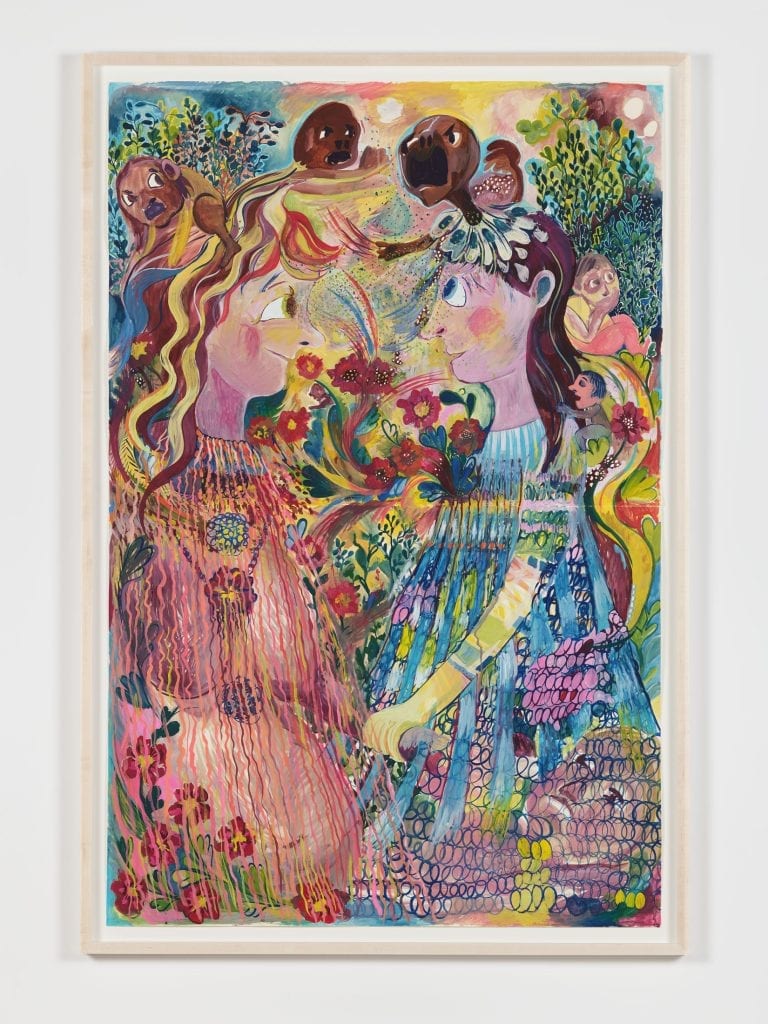 In her first solo exhibition with Luhring Augstine, Forrer has created sprawling, life-like tapestries that take conflict which she views on a daily basis, whether it is between strangers, people she knows, or even animals and translates these moments into her work. Forrer believes that art is overcomplicated and strives to make her work straightforward and easily digestible. 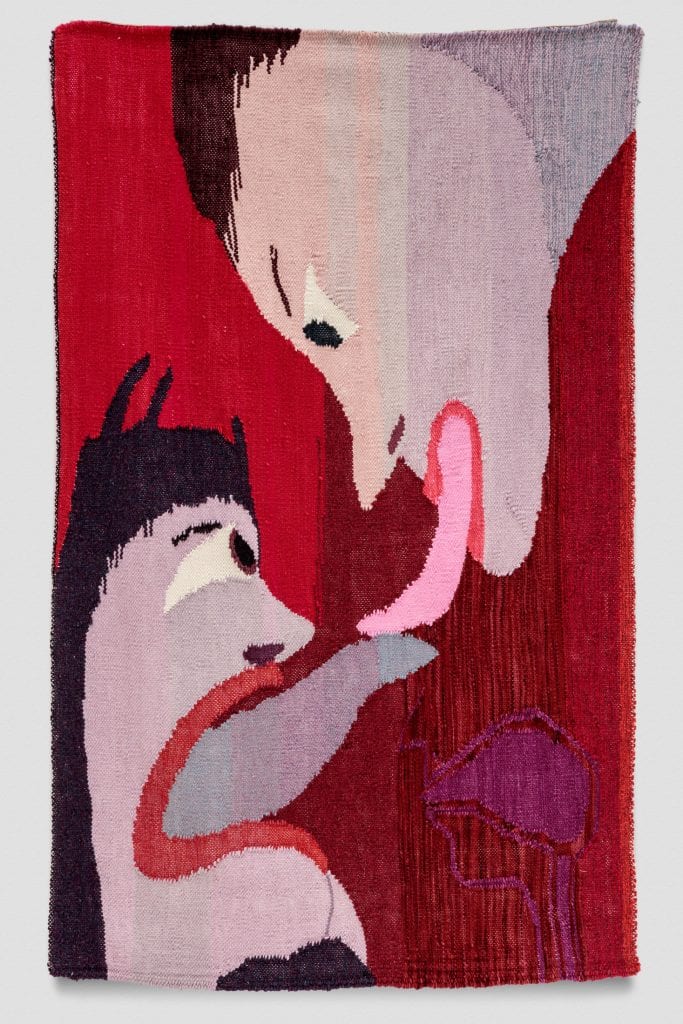 By working in the art of tapestry, Forrer adds many more layers of understanding behind her work. A practice that harps back to ancient times, tapestry weaving has traditionally been seen as a gentle, feminine craft. Forrer works against these notions both in her subject matter and her approach. She welcomes the tension that one experiences when working with a loom and embraces the imperfections that result in the finished piece. 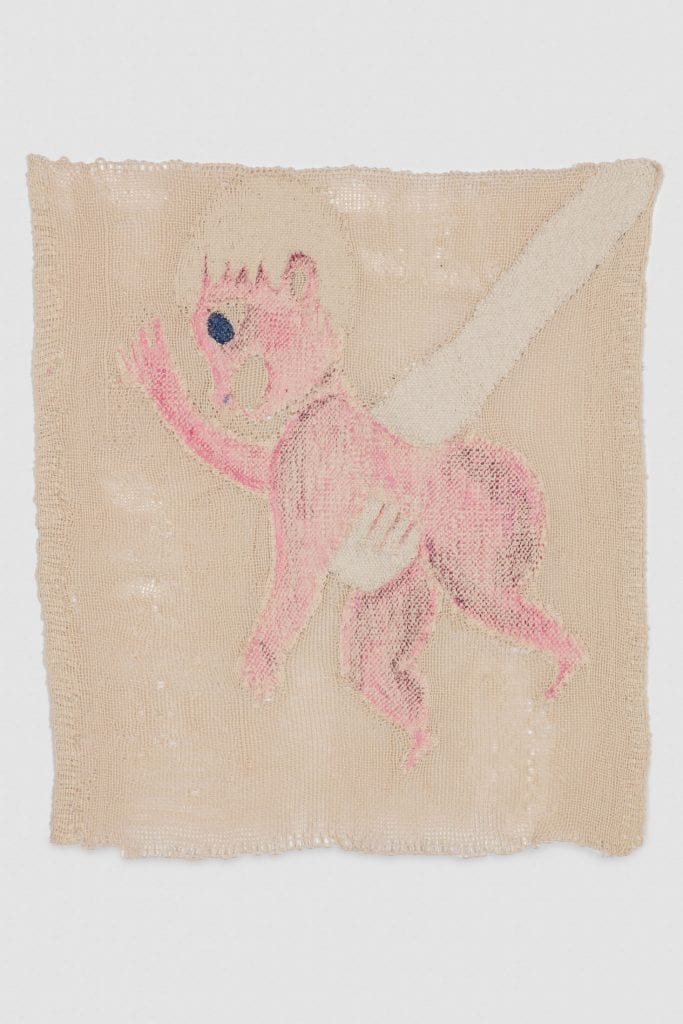 Each work on view at Luhring Augustine possesses its own narrative. Scenes of anxiety and struggle are met with joyous celebrations. Forrer allows both fear and terror to exist in the same world as passion and bliss. The figures on Forrer’s tapestries, though possessing a certain human likeness, have exaggerated features that create an animated, unfamiliar, yet intriguing presence. They are psychologically-charged, with an obvious disturbance at play.

Forrer awards us a closer look into her practice by including a few paintings, works on paper, and small squares of tapestry. Not only is her process broken down, but her range of artistry given full proof. 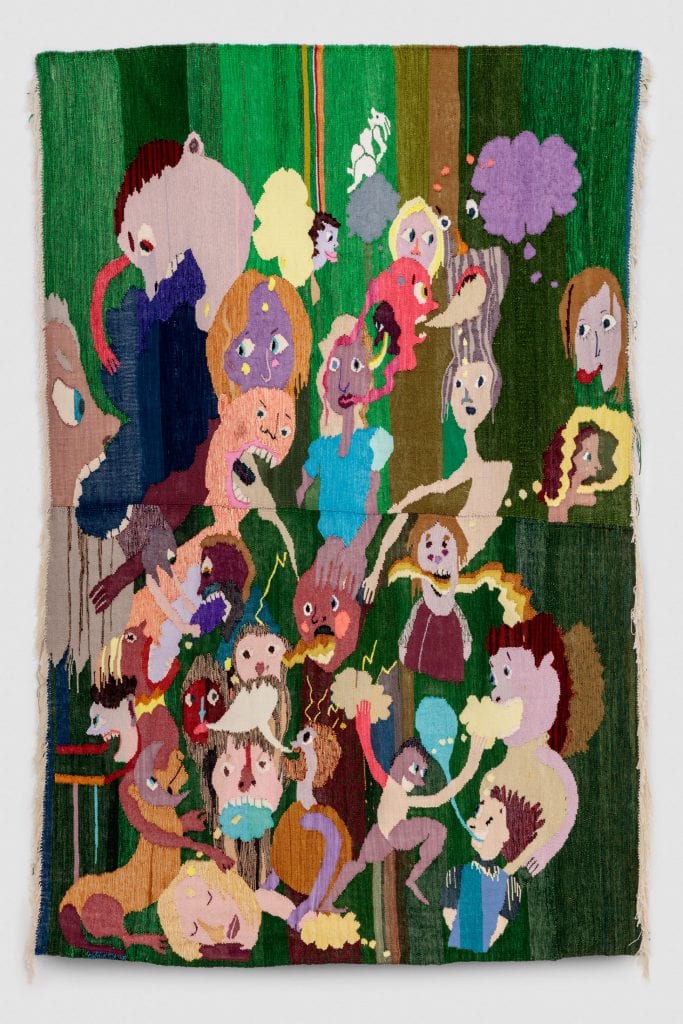 A sense of folklore compliments the works. They feel at once a part of the age-old tradition from which they arrive while also fitting and better understood in the present day. Much like Forrer’s wish to simplify art and its meaning, the works feel timelier than ever in our over-complicated world. 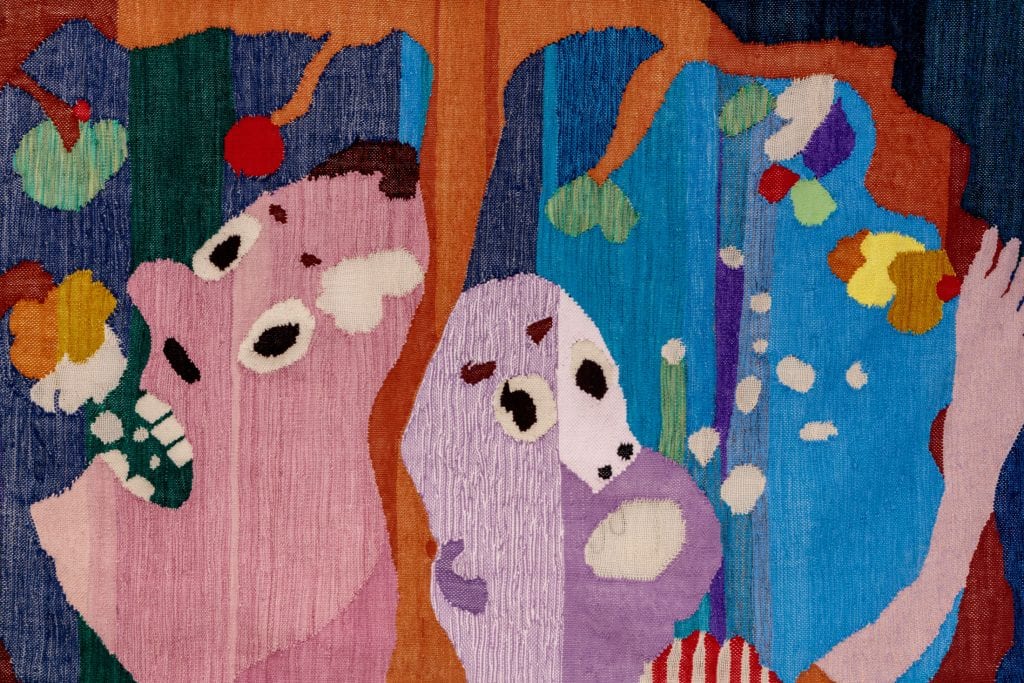 Christina Forrer will be on view at Luhring Augustine, New York, through April 13, 2019.