Eli Ping (b. 1977 Chicago, Illinois) received his MFA at the University of Illinois and is currently based in Brooklyn, New York. In his practice, Ping works with canvas and resin, creating his own language as a tool to manipulate his work into their forms. His work is gestural and sensual and illustrates clearly that he is invested in how objects function as phenomena.

Tell us a little bit about yourself. Where are you from originally and when did art first enter your life?
I was born and raised in Chicago. My first encounters with art occured at the Art Institute of Chicago. I had an inkling that the art there revealed things to me that other viewers weren’t paying attention to, and that I might contribute to the tradition of objects gathered in that building.

Has your work always taken on the style it currently embodies?
No. I started with minimalist architectural forms. 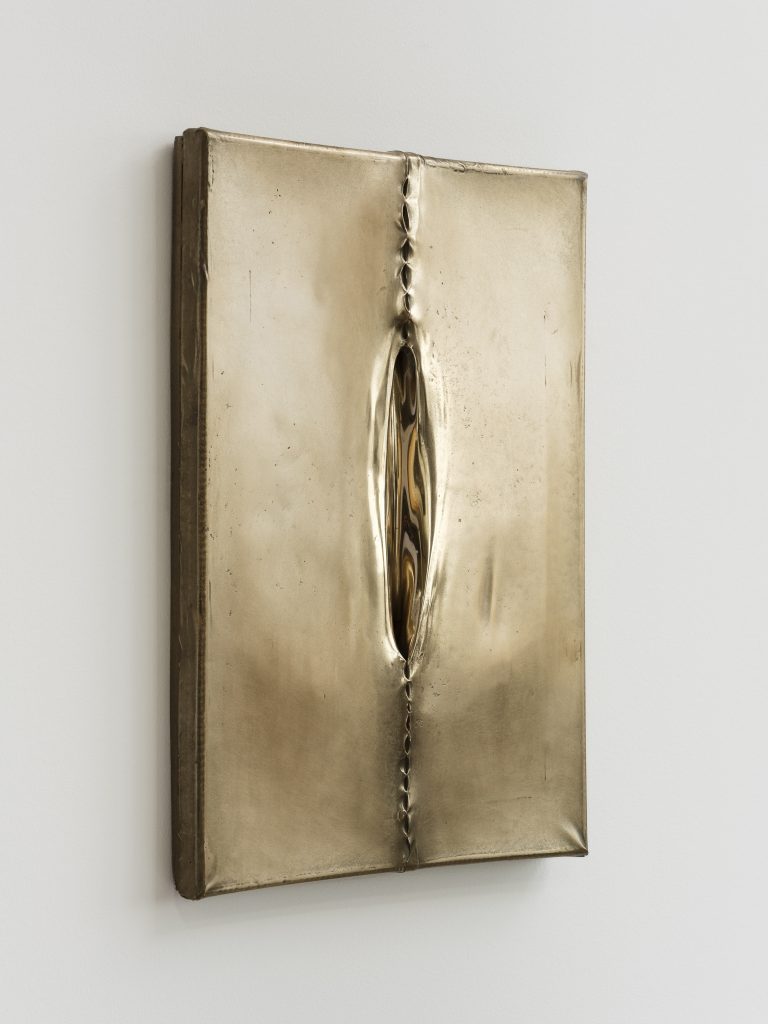 What’s a day in the studio like for you?
I have a 6 year old son, so my studio schedule conforms to his school day. I’m at the studio by nine and finished by the late afternoon. I also go to the studio one day per weekend, so 6 days a week in total.

What’s next for you?
I’ll be presenting work at a two person booth in Basel Miami with Maria Bernhiem. I’ll also be showing a freestanding work in bronze installed outdoors. 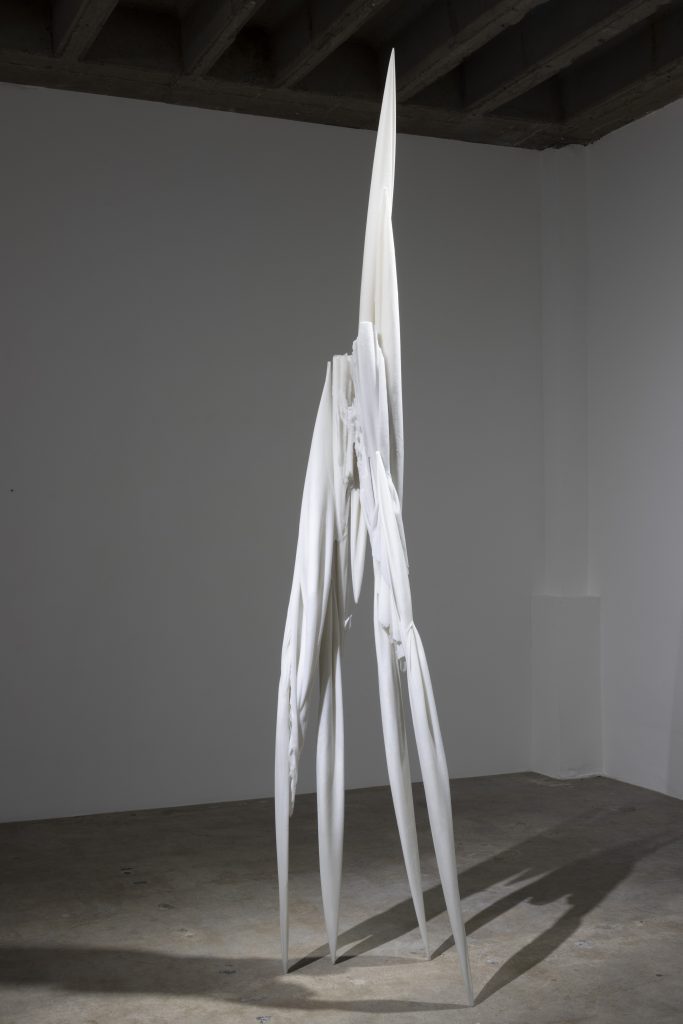 From where do you draw inspiration?
From life in New York, from nature, and from the work of the artists I most admire.

Have you always painted in the style your work currently inhabits?
No. I grappled for a while with a desire to be a conceptual minimalist. 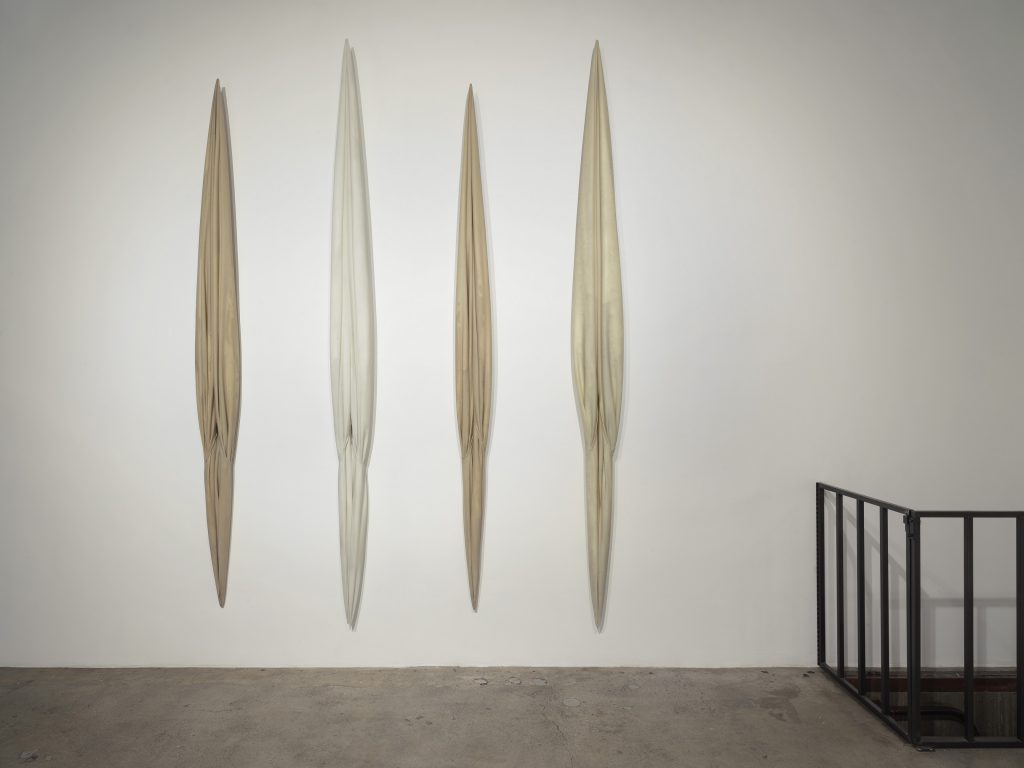 What source material do you base your work off of?
Nothing directly. Before realizing the work I’ve been working on for the last five years, I was looking at a lot of feathers, bones, and shells.

Does your work reference any Art Historical movements?
Arte Povera, minimalism, and artists working outside of and/or after minimalism like Lynda Benglis, Lee Bontecou, John Chamberlain, Melvin Edwards, and Sam Gilliam. Also, quintessential modernists like Giogomeetti and Brancusi. Additionally, I’m interested in how fabric is rendered in classical and medieval statue, and in the work of artists like Bernini and El Greco, both of whom render fabric in their work in a way that gives presence to an unseen force. 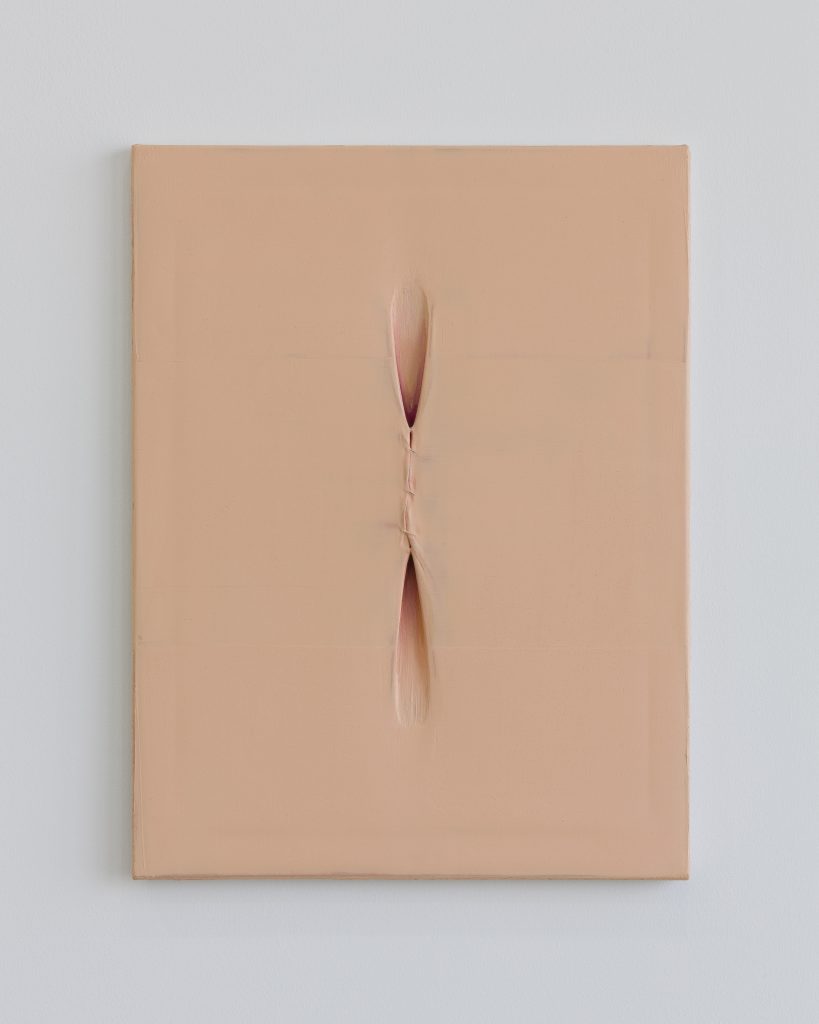 What is your process like? How do you begin a work?
I begin without an objective. There’s a feeling, an internal sensation that I’m trying to bring outside of myself into the world of form. It takes a year or two to develop the first piece in a new body of work. That time is spent experimenting with materials and processes until a single logic extends throughout a finished work.

At the end of every interview, we like to ask the artist to recommend a friend whose work you love for us to interview next. Who would you suggest?
Onyedika Chuke. Onyedika is opening his new space for Storage Gallery on the fourth floor of 52 Walker Street. The space showcases Onyedika’s unique and exacting sensibility. In addition to being an interesting gallerist, Onyedika is a talented sculptor, who’s projects have been included in exhibitions at The Shed and The Drawing Center. 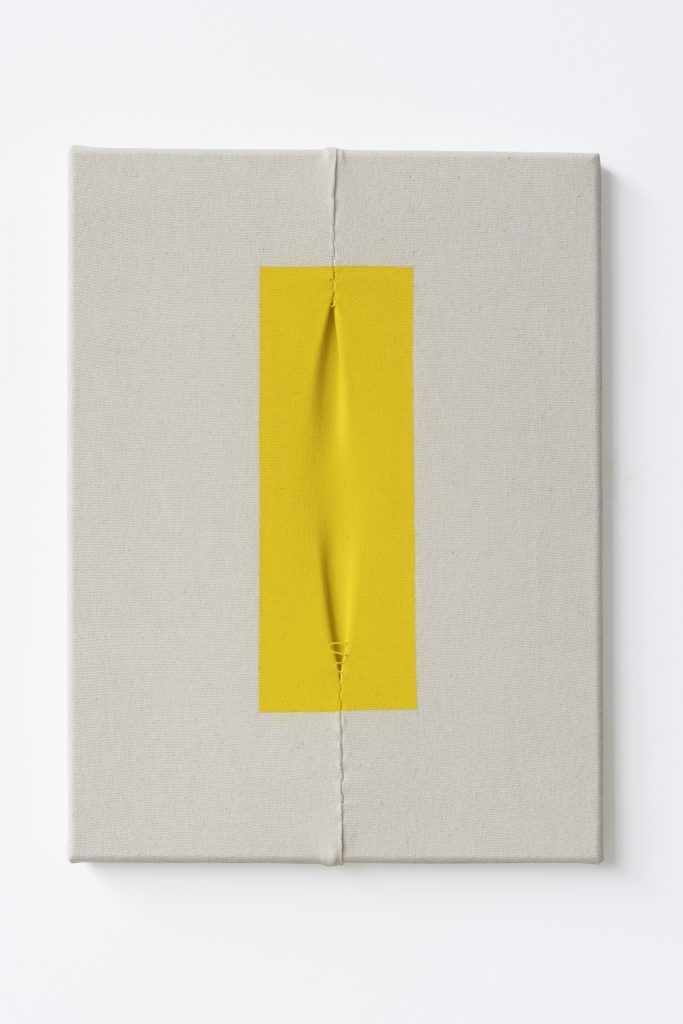 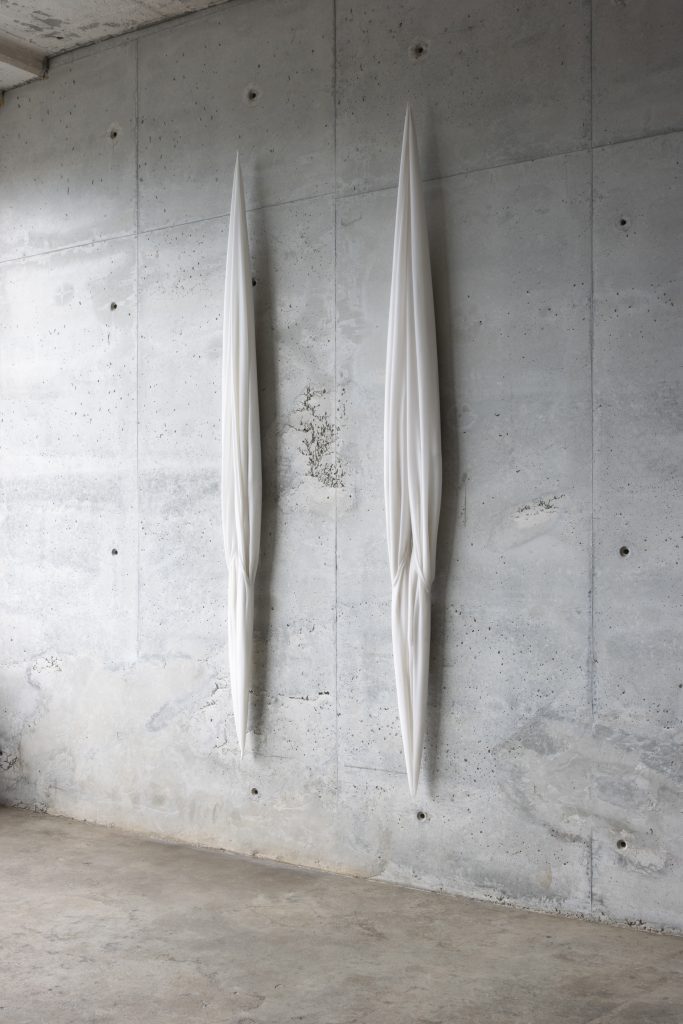