Cynthia Talmadge maintains a practice that fuses the ingenuity of both subject matter and form. Her work is often accompanied with a sense of eeriness, though not always apparent upon first glance. A dive into Talmadge’s various source material reveals methodical, though-out processes of uncovering deeper truths. She works across several mediums, using techniques old and new to bring to life a body of work full of both intrigue and mystery. Talmadge is represented by 56 Henry and is based in Brooklyn, NY. 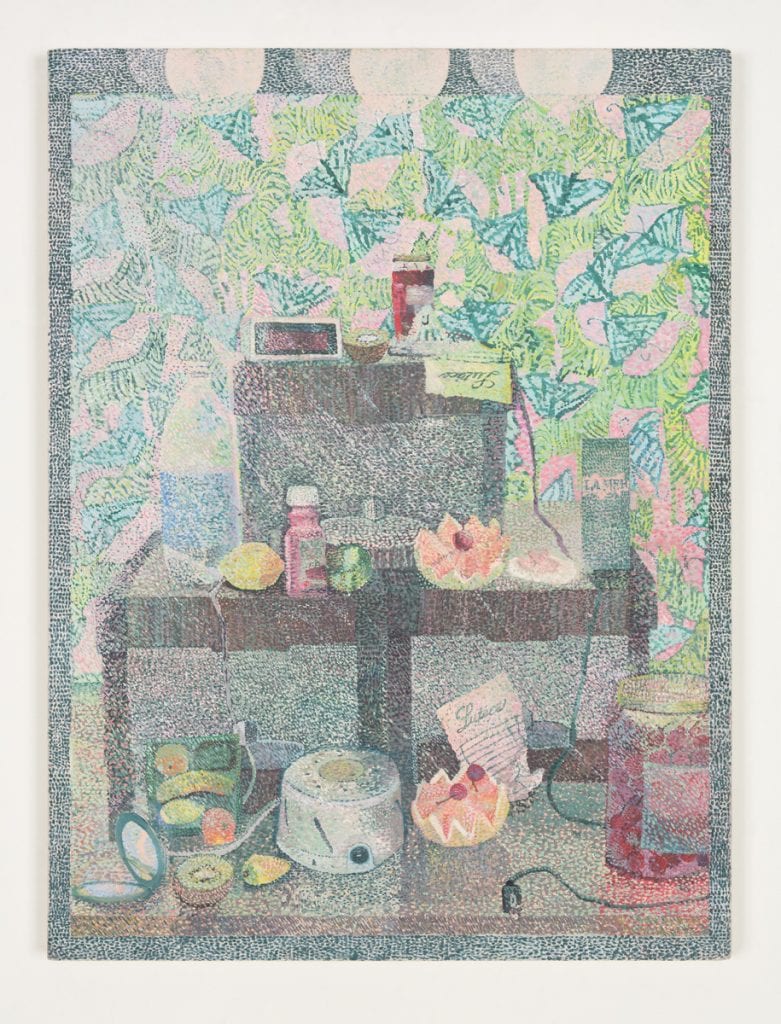 When did your practice begin to encompass the specific styles your work has come to inhabit?

For the most part the styles of my work are determined by each idea. For example the rehab series needed to be a slick brochure style photograph to capture the specificity of the set design. The Frank E. Campbell paintings on the other hand needed to be made in a more Romantic medium— oil on linen in the pointillist style— to create tension with the subject matter.

But the different styles evolved simultaneously— if you had visited my studio in 2012 you may have seen a half finished sand painting in one corner, an easel and paint in another, and a sewing machine or some photo props on the table. 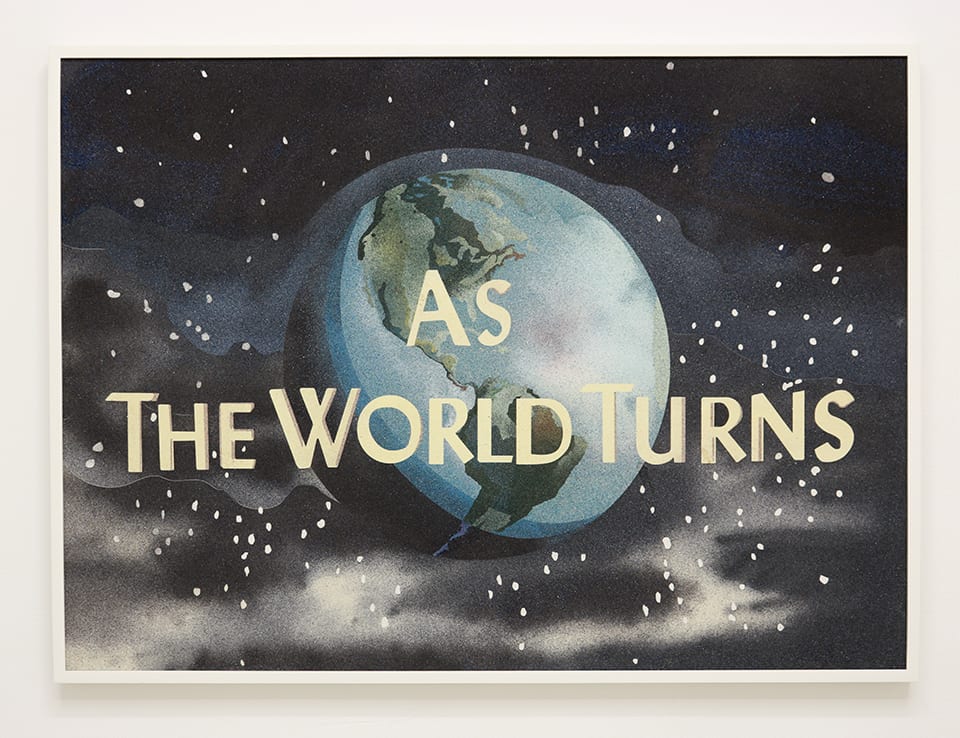 As a painter primarily, how did photography become a part of your practice?

I went to RISD for painting but was lucky enough to meet Matt Leifheit there who is an incredible photographer. We worked together on a collaborative photo series and I learned a ton about photo from him. So when it came time to complete the Rehab series I had a good understanding of what I needed to achieve the lighting and aesthetic that I wanted. I chose to shoot 4×5 because I knew I wanted the final product to be as close to life size as possible, super sharp, and glossy. 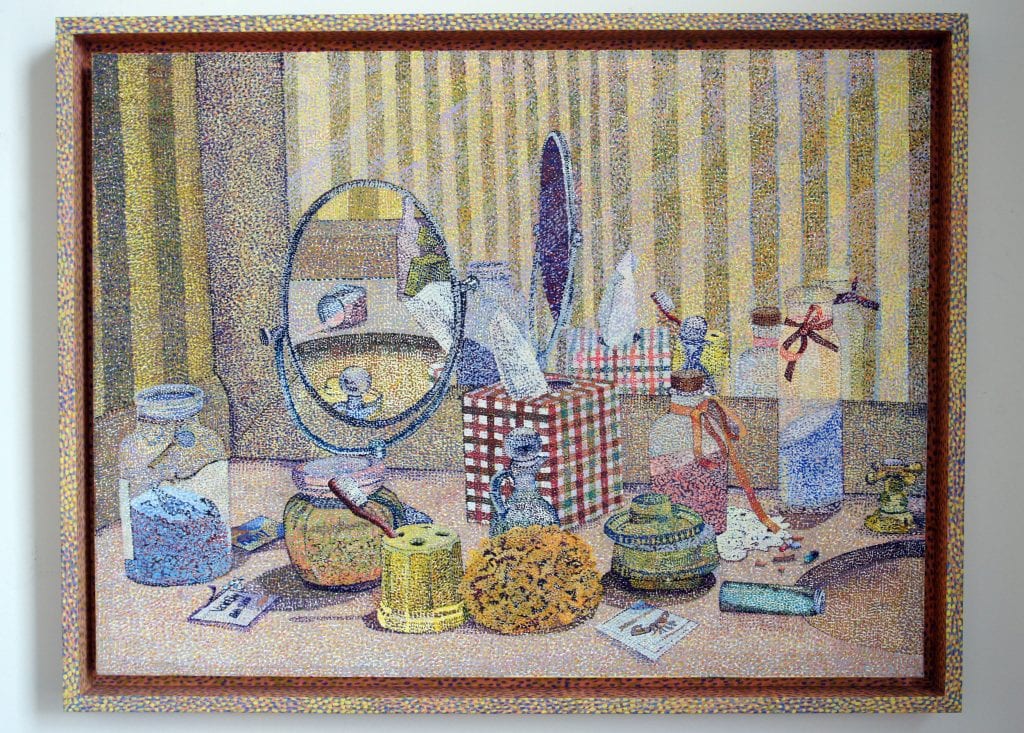 What ideas are you working through in your work?

In all my work I’m concerned with the aesthetics of sadness and the tension between actual lived experience and the everything that goes into keeping up appearances. Then of course I personally tend to filter the world through a melodramatic lens, like an angsty teen I search for anything tragic or transcendental so I hope that comes through too.

What is a typical day in the studio like for you?

I like to keep a later schedule but nothing else is consistent because what I need to do varies so much from project to project. 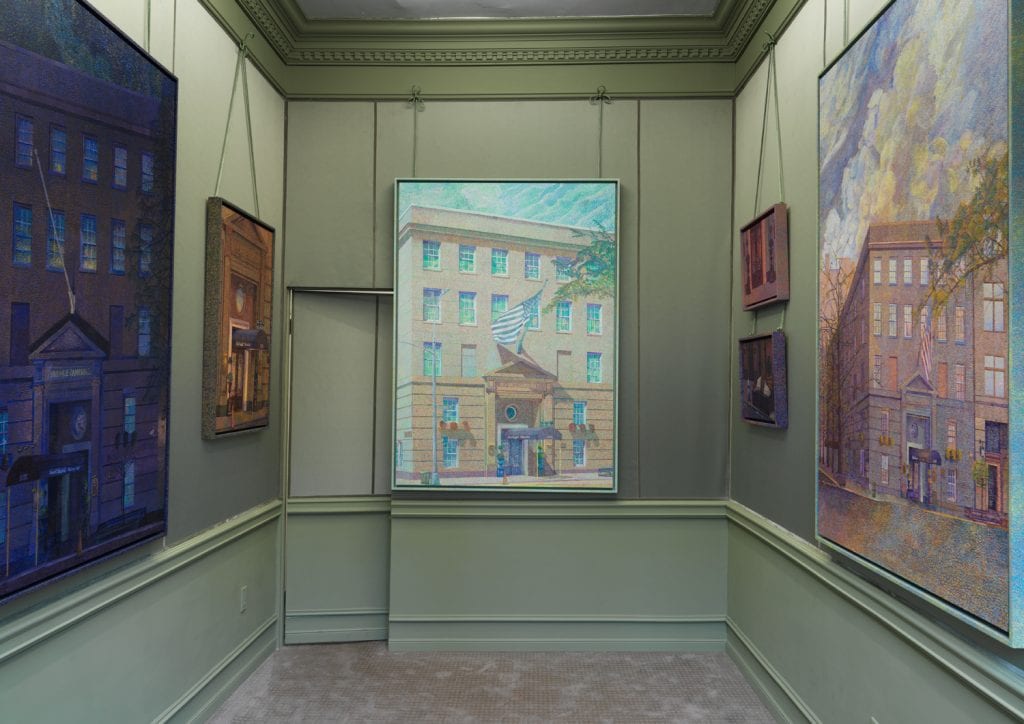 We love your series on Frank E. Campbell Funeral Chapel. Can you tell us more about how this body of work came about?

I became interested in Frank Campbell after I read about Rudolph Valentino’s funeral there in the 1920’s. He was a silent film star and Campbell used his funeral to create a spectacle— he even hired extras to create a massive crowd outside and mourners to throw themselves on Valentino’s body in fits of grief. This choreographed performance of mourning really interested to me. 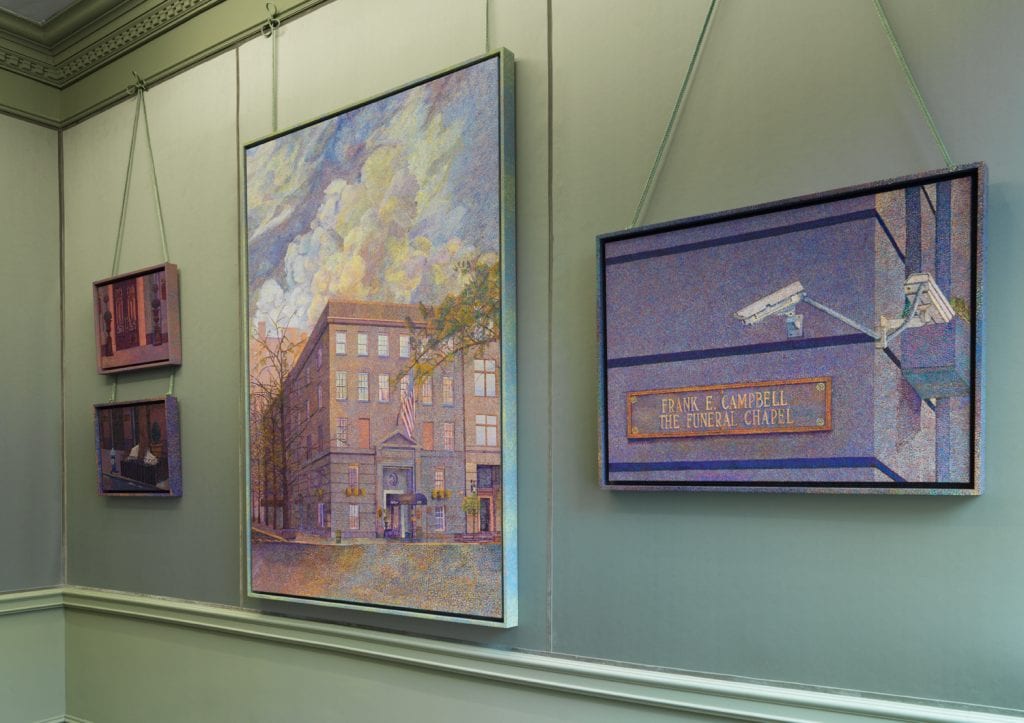 Right now I’m working on a kinetic sculpture for Soft Opening in London. It’s a classic folding dressing screen with a mechanism behind that throws Anna Delvey’s various court outfits in to the air in a continuous loop. It will be on display in a vitrine in the Piccadilly Circus underground station. 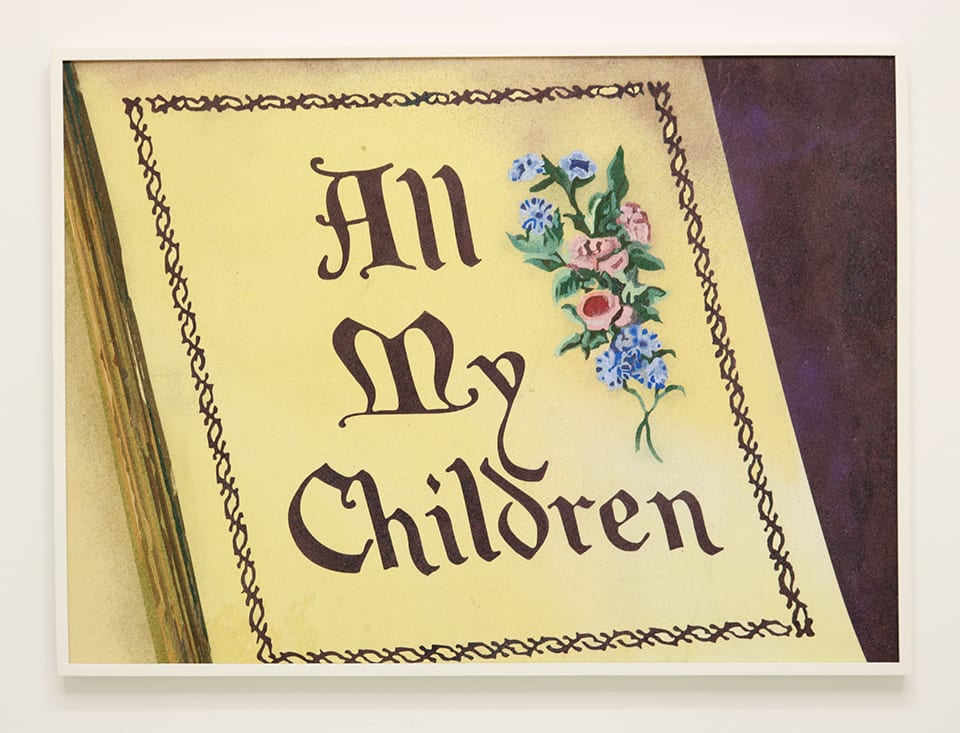 There are too many: Artemis Shaw is a great filmmaker, Matt Leifheit who I mentioned, and Adam Charlap Hyman is doing interesting design work that bleeds into curation, furniture, and set design.

All images Courtesy of 56 Henry.