Danielle Orchard paints dreamy domestic scenes of nude women engaged in leisurely activities. Her figures draw from various representational styles and are as sensual as they are strong. Danielle is represented by Jack Hanley Gallery and lives and works in Brooklyn, NY.

I’m ambivalent. Like so many of my peers, I have enormous respect and gratitude for earlier generations of women who fought for the critical recognition they deserved, and for equal representation in galleries and museums. My ambivalence isn’t pointed toward artists, but rather toward the fickler elements of the art world. I fear that the attention we’re seeing paid to “overlooked” women artists and artists of color might be a passing fad. This apparent progress is incongruous with the widespread aggression and dismissal faced by women in situations like the nomination of a would-be rapist to our highest court. It stands in sharp contrast to the misogyny that shapes the female experience. I’m also extremely skeptical of media and corporate interests that are borrowing progressive causes, and the false sense of arrival, completion or vindication that’s useful in selling a pair of leggings but distracts from ongoing inequity. That said, my overarching response to being included in this wonderful group of young women artists working in NYC is to feel incredibly lucky, supported, and continually inspired, as well as eager to see how the work develops over time.

The majority of my peers at Hunter College were women, as well as many of my strongest professors. At this early stage in my career, I’m lucky to have only felt surrounded and supported by a community consisting mostly of women artists, curators, critics and dealers. But when one looks at auction sales and at permanent collections and major retrospectives at the institutional level, it is impossible to deny an enduring preference in the art world for white men.

I’ve personally been pretty lucky when it comes to grants, residencies, etc., and have never felt excluded on the basis of my gender. The truth is that while it may not last, this is a good time to be making figurative work about women. I haven’t met with any outward hostility, although it’s safe to assume that gender bias is always operative, if only subconsciously. I certainly believe that the U.S. could do far more to support its artists, but I don’t see that happening until Trump is out of the picture. 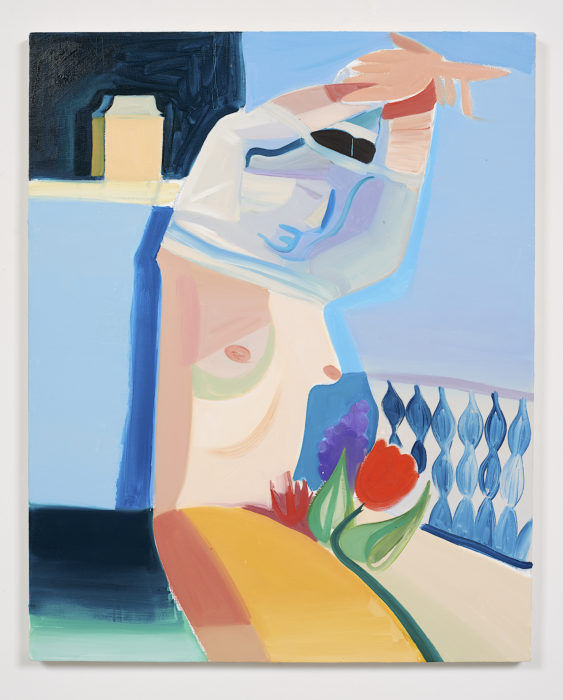 If you could change one thing about the current landscape for working female artists, what would it be?

So many artists are adaptable and can excel in any set of circumstances, making it difficult to discern which changes would be universally beneficial and specific to women. I do know a few artists who are also mothers, and they share similar doubts and guilt when it comes to balancing career and childcare. I couldn’t say what would best help them, but a more open conversation around the history and contemporary challenges of motherhood and art making might be a good place to start.

You mentioned that you are fond of the state Figurative art finds itself in today, how artists have adapted many different historical sources into their work. From which artists do you find inspiration from in this way?

Most of the painting that directly informs my own work was made by European men in the 19th and 20th centuries. I’m not certain why I find this era of painting to be the most effective and resonant, but I’ve always been drawn to Picasso, Matisse, Bonnard, Vuillard, Munch, Van Gogh, etc. One tendency shared by these artists is a sculptural use of color, as opposed to one that is strictly spatial or descriptive. These painters also exhibit an interest in line that’s based firmly in drawing. Aside from formal kinship, I’m also interested in how I might be connected to these painters and their subjects by the projection of my own physical experiences of the world onto the women I’m depicting. I don’t see this as a corrective measure so much as an effort to broaden and complicate a familiar painting conversation. 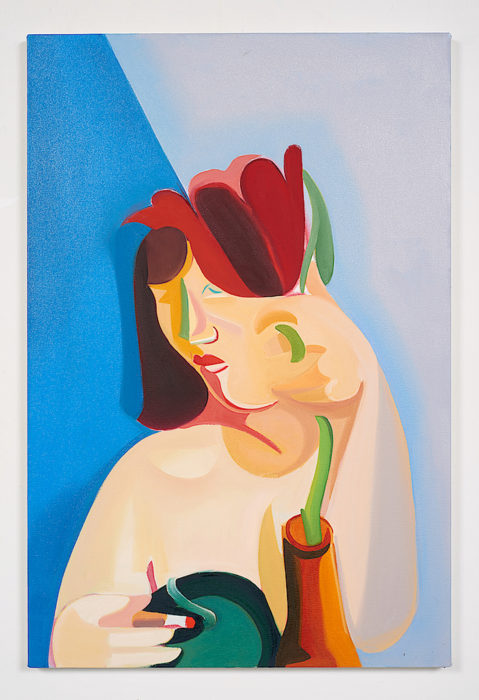 You paint almost exclusively female figures who are almost always nude. Is there intention behind these choices?

At first, I don’t think there was much intention in my choice to paint nude women. It seemed natural and uncomplicated, a way to consider my own body through painting while fumbling my way through the endless material possibilities of oil paint. It felt no different than painting a square, or a still life, or a seascape–just a simple vehicle for texture, line, and color. In time, I was able to pinpoint my sustained interest in the vulnerability and tension that emerges when a nude figure is situated somewhere unexpected. I started to think of these scenes as a kind of fantasy world, a place of leisure completely of my own design. As the figures became more stylized, I saw them relating to figurative sculpture, particularly Bernini, and human forms that can be seen as either inert or coiled. I think of them now as somewhere between self-portraiture and paintings of sculpture. Lately I’ve been looking at some Art Deco painters, particularly Tamara de Lempicka, and I’m thinking about how certain clothing has the potential to feel more naked than nudity. 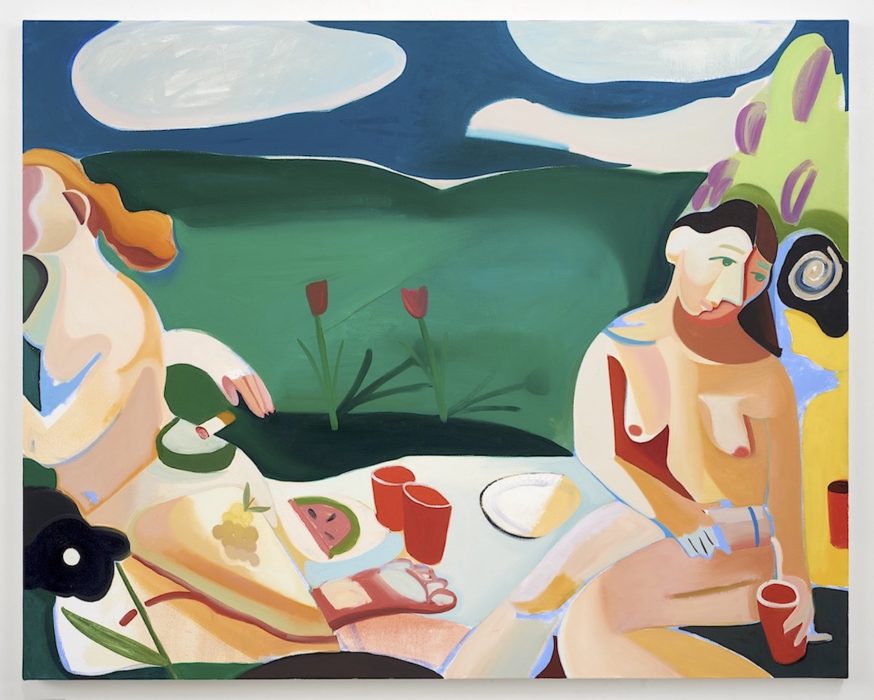 How do you think up the pictorial spaces your figures inhabit?

Spatial decisions are often in direct response to another painter. They function as a kind of formal conversation across time. Other paintings might start with a specific color idea that ends up dictating the space. I think that I’m most interested in a shallow, stage-like space, similar to Max Beckmann, Rogier van der Weyden, or Jacopo da Pontormo. I love to dissect the canvas and then go after the internal logic of each section, logic that isn’t necessarily cohesive across the painting. The challenge is getting all of it to rest together.

How has your painting practice changed over the years?

That question is difficult for me to answer, because change for me feels very gradual, and is rarely marked by a major shift in the work, at least not to my eyes. I’m very disorganized, mentally and physically, although I keep attempting to change that. Each time I do, I still wind up with paint tubes without caps and lots of notes that are effectively nonsense. I’m trying to curb my natural impatience by slowing down a bit and learning to appreciate preparatory work. 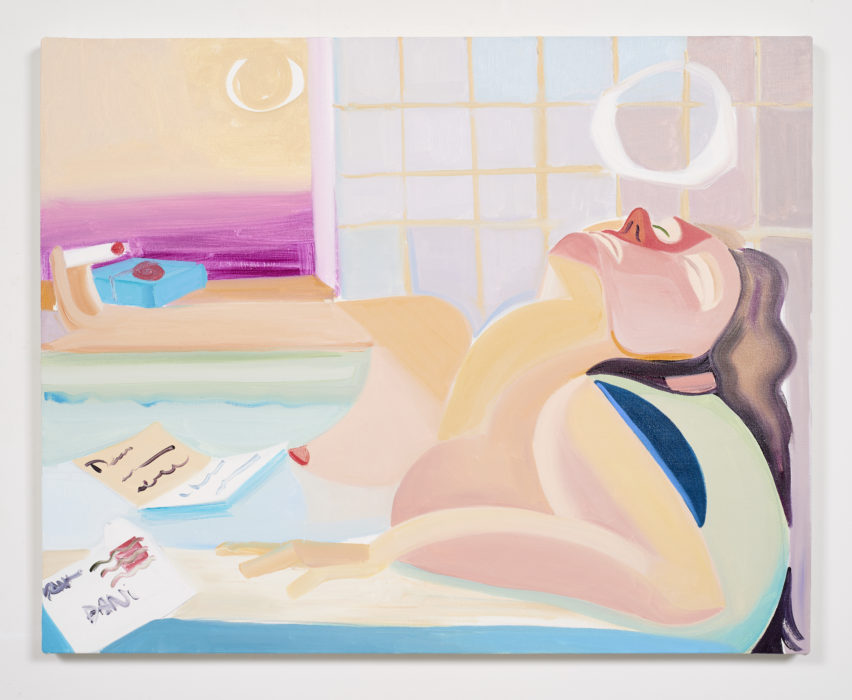 If you look closely at your work, often you can spot a figure holding a cigarette. When did this mark come into play and how do you see it fitting in the scenes you paint?

The cigarettes function in a few different ways. I’m an occasional smoker, so they represent bad personal decisions. They call to mind Guston’s paintings, where cigarettes feel like essential characters. They also denote duration–the time it takes to smoke one–and competing impulses to leave and to seek out groups of people. They’re also sad little phalluses.

You should reach out to Gahee Park! I love her work.