Dreamweavers on view at UTA Artists Space in Los Angeles brings together some of the industry’s heavy hitters in a poignant, powerful way. Curated by Nicola Vassell and organized with the help of Kasseem “Swizz Beatz” Dean, Dreamweavers examines the present moment society finds itself in against the backdrop of ongoing fundamental change.

All of the work in the show has a surreal, dreamlike quality. The artists each use imaginative imagery to examine the pillars of contemporary society that seem to be called into question on a daily basis. Rather than bluntly portraying the harsh realities of our time, the artists on view invite surrealism into their depictions as a means of working through various issues. 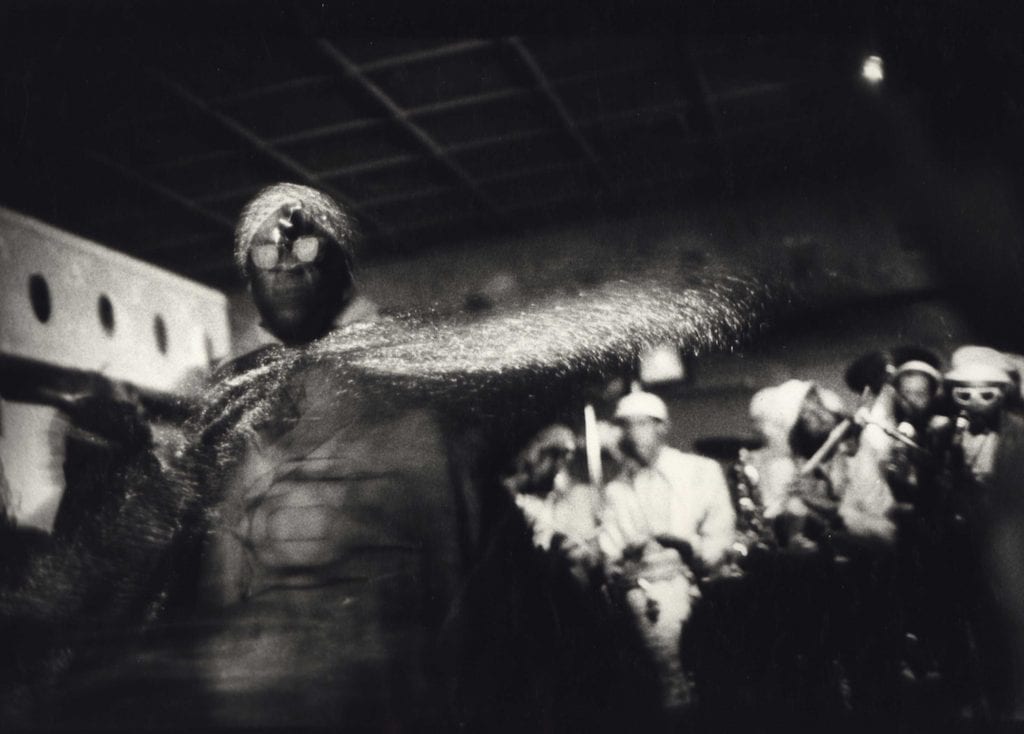 The artists chosen for this show represent a new generation of African-American and African diaspora artists whose work is hitting strides in the contemporary art market. In their own way, each artist touches on points of identity and justice to creatively narrate the undue behaviors and actions rampant in our world today.

Though inviting both reality and fantasy into the space, the works are heavy in their examinations. Each artist works as a storyteller, bringing attention to these subjects in a way that begs further consideration. At the same time, the artists are providing as escape from the systemic oppression that seems to come to light more and more with each passing day.

This exhibition and its moment are full of cultural significance. That these artists could be brought together in this space to an audience this wide-ranging has brought to life a creatively charged moment that will hopefully extend into the future.

For his part, Kasseem “Swizz Beatz” Dean is a sought-after producer turned art patron, alongside of his wife, Alicia Keys. Alongside of establishing The Dean Collection to house their collection and cultural programing, both Dean and Keys recently announced an artist grant program. Dean has been on the board of the Brooklyn Museum since 2015 and in 2016, launched his own artist-focused art fair, the No Commission Art Fair. Many of the artists on view in Dreamweavers are collected by the Deans.

Dreamweavers has set a new standard for exhibitions with its forward-thinking mission and energetic pulse. By fusing so many elements of culture and societal important into one space, the exhibit has created a moment in time that none will soon forget.

Dreamweavers is on view at UTA Artists Space through April 13th.