Ellen Rutt is Spreading Color Around the World

Ellen Rutt’s work is as vastly different and interesting as the surfaces it adorns. Rutt’s artistic practice spans many realms, from painted murals in urban spaces to sculptural works hung inside swanky interiors and printed commercial work. Rutt uses a signature color palette that she says is one of the most freeing aspects of her practice. Ellen lives and works in Detroit, MI. 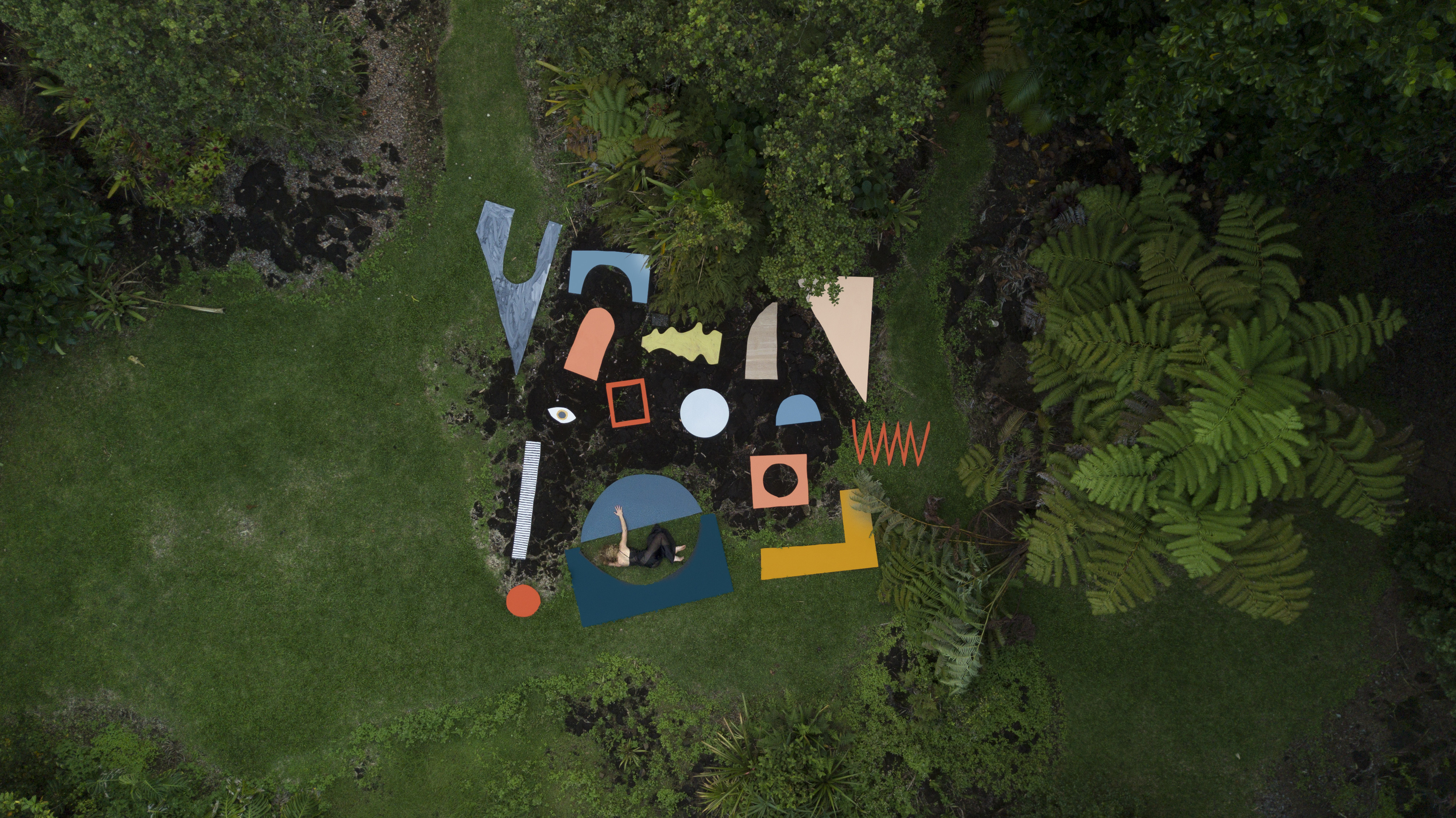 You are part of a young generation of female artists. What does being a part of a strong female community mean for you?

It means making sure that the community of strong females includes everyone who identifies fully or partially as a woman, including of course trans, non-binary, gnc, intersex, poc and isn’t just a space for privileged white ladies and isn’t just a passing “moment” in history. It means hiring other women and supporting women-owned businesses and enabling each other by sharing our time and resources and dollars! It means acknowledging my privilege and using it to make myself more available to others and to things I care deeply about. It also means not discounting men or excluding men from the conversations but helping them debunk some of the myths about masculinity they were taught throughout their life. 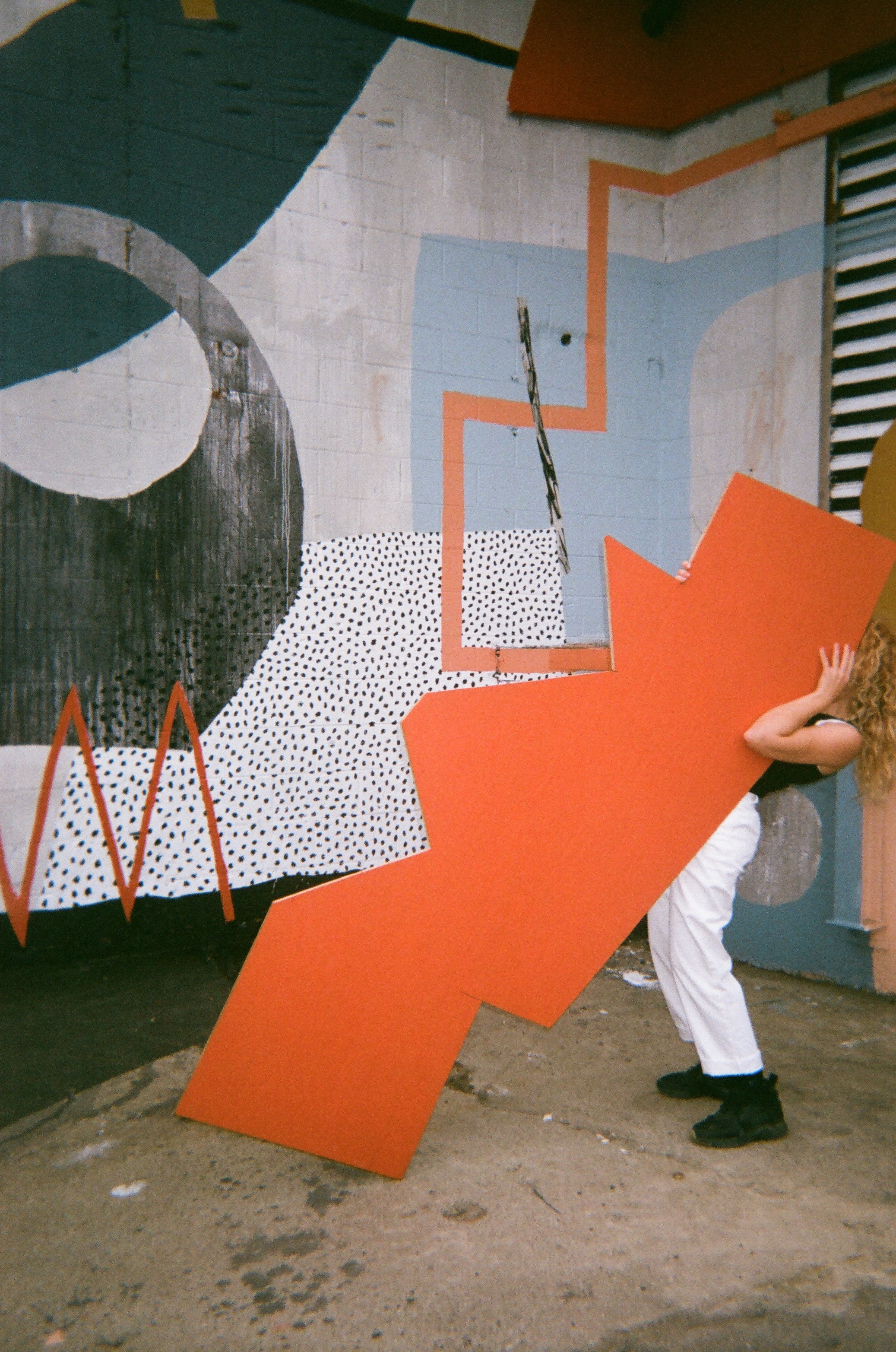 The list goes so far beyond the names below, but here are the women that come to mind at this exact moment in no particular order: 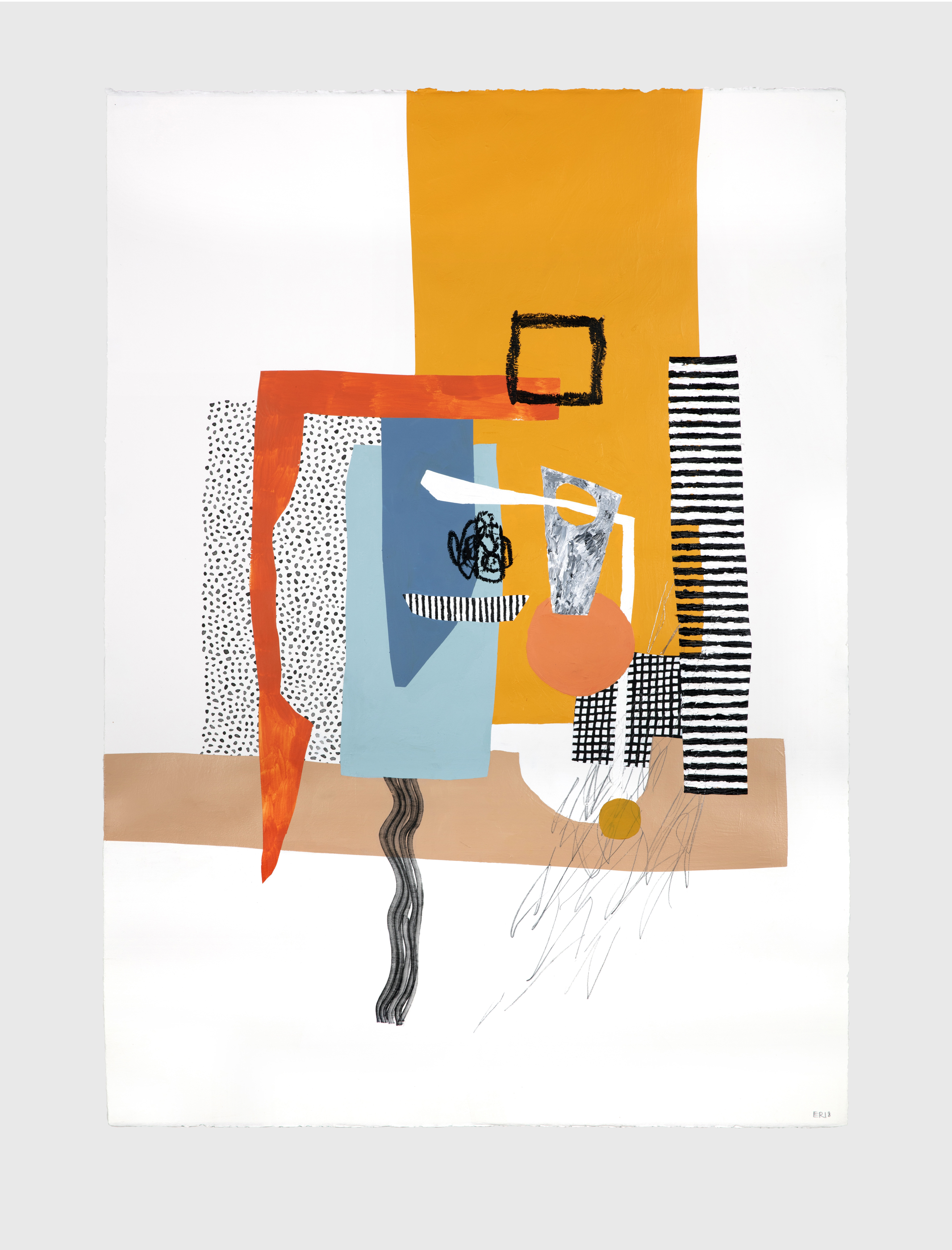 When I look back on my childhood and even into college, women artists were always the exception. By that I mean there might be a chapter in my art history book on the “women of abstract expressionism” but they weren’t included in main discussion about expressionism.

I notice it now as a muralist. I am often one of only few females at mural festivals and public art events. The other day I was painting a mural and operating a large 50 ft boom lift, and a man walk past and said, “You know, I actually don’t think I’ve ever seen a woman use one of those things.” 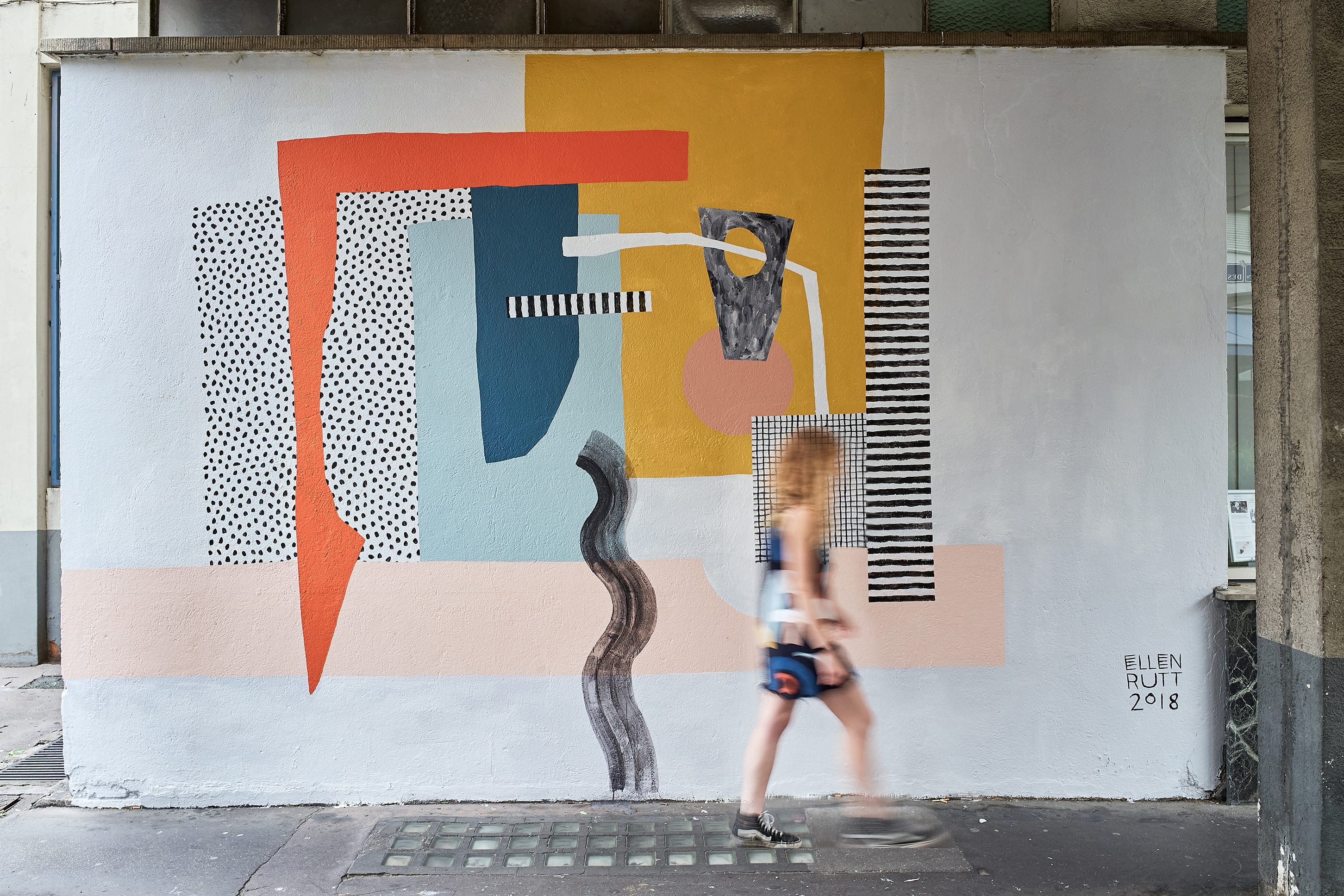 Yes and no. First of all, I have only been a “full-time artist” for about two years, so my perspective is limited. I have seen increased visibility for organizations that specifically support and seek to uplift women/QTPOC in the industry. I can see many organizations working hard to ensure their roster of artists is more diverse, although it feels like we are still a generation away from seeing the results of these efforts. Our country is still run predominantly by white males, and we have a president who is boldly reinforcing incredibly damaging behavior.

Mentorship between older women/established artists and young artists. I would absolutely love to learn from and support a woman artist who has been working for many years. I see a lot of those relationships forming in grad school, but I wonder if and how it’s possible to more intentionally facilitate those relationships outside of the university. 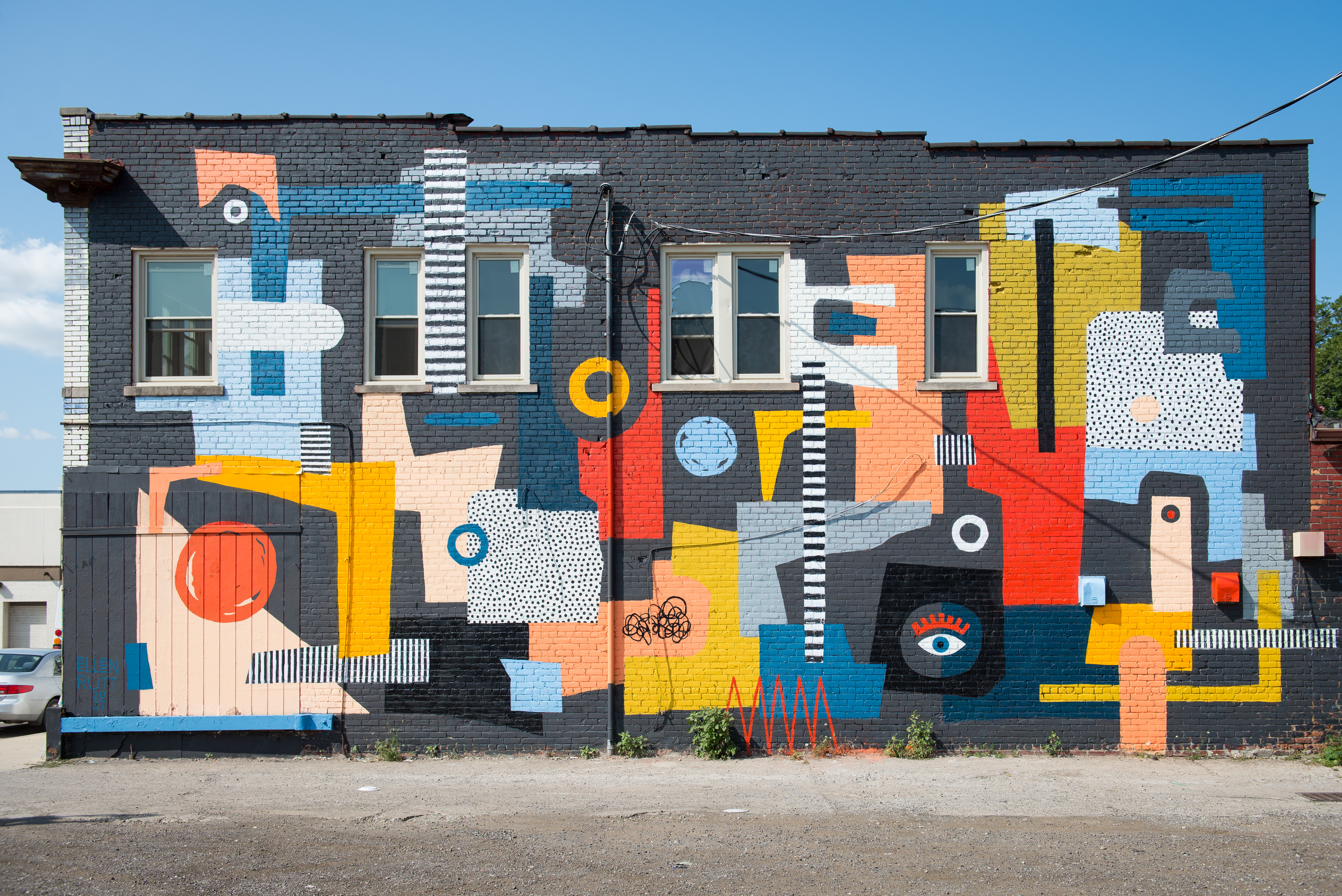 Your work seems to have a distinct color palette. Is this intentional?

Yes! Limiting my color palette was one of the most freeing decisions I ever made. Color is an endless exploration on its own, and by restricting my palette to mostly primaries (or tints and hues of primaries) I am able to introduce other elements like form, structure, material, and figure without feeling totally overwhelmed by decision making. 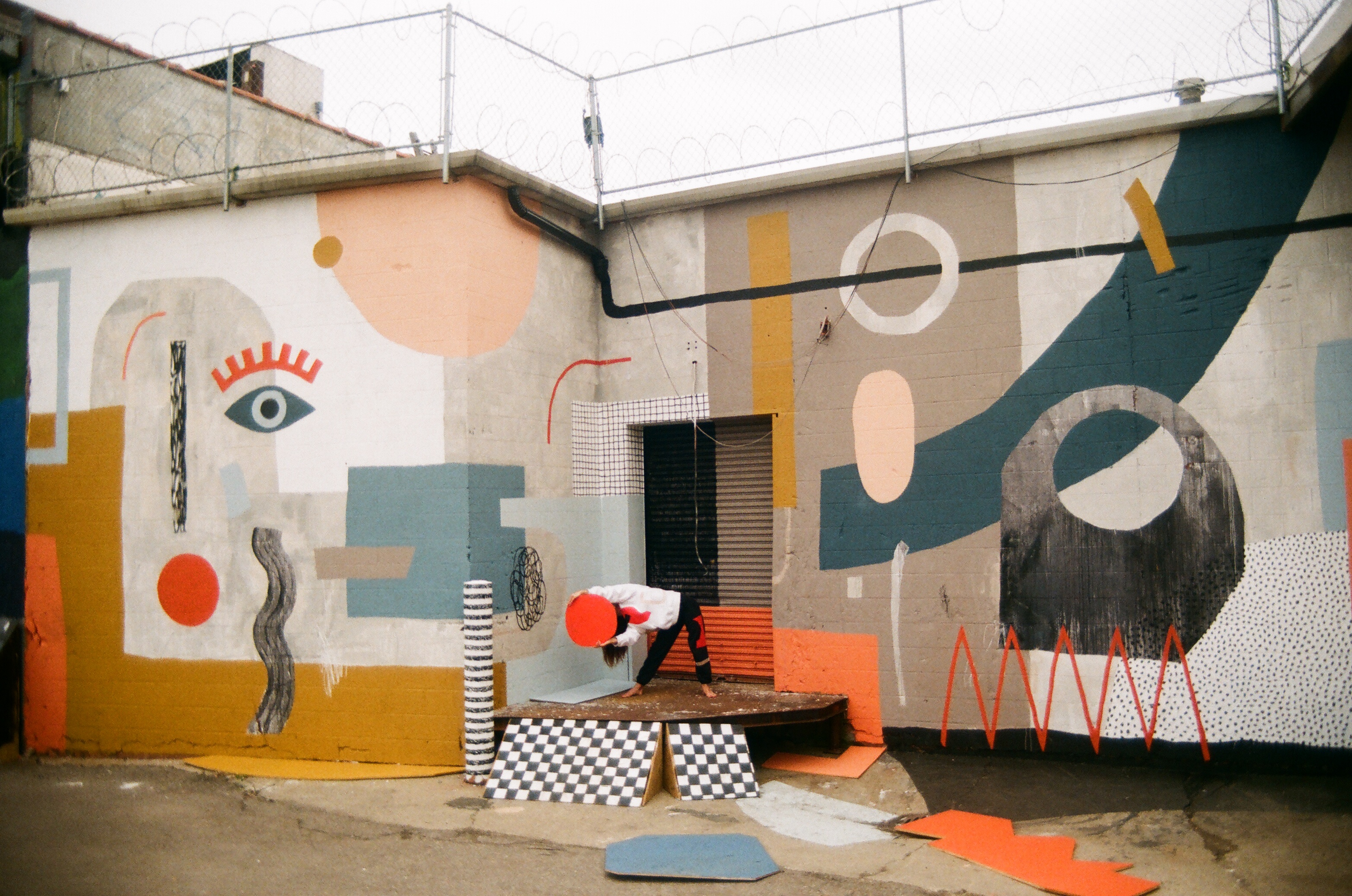 Do you pre-plan your paintings or allow for some spontaneity during the creating process?

Both. I fluctuate between being a “designer”, executing a predetermined concept, and an “artist” wherein I just start somewhere and let one decision lead to the next. For large scale work, I am often required to submit a sketch in advance and it goes much faster when I have a plan, but it’s more fun and unpredictable when I don’t! 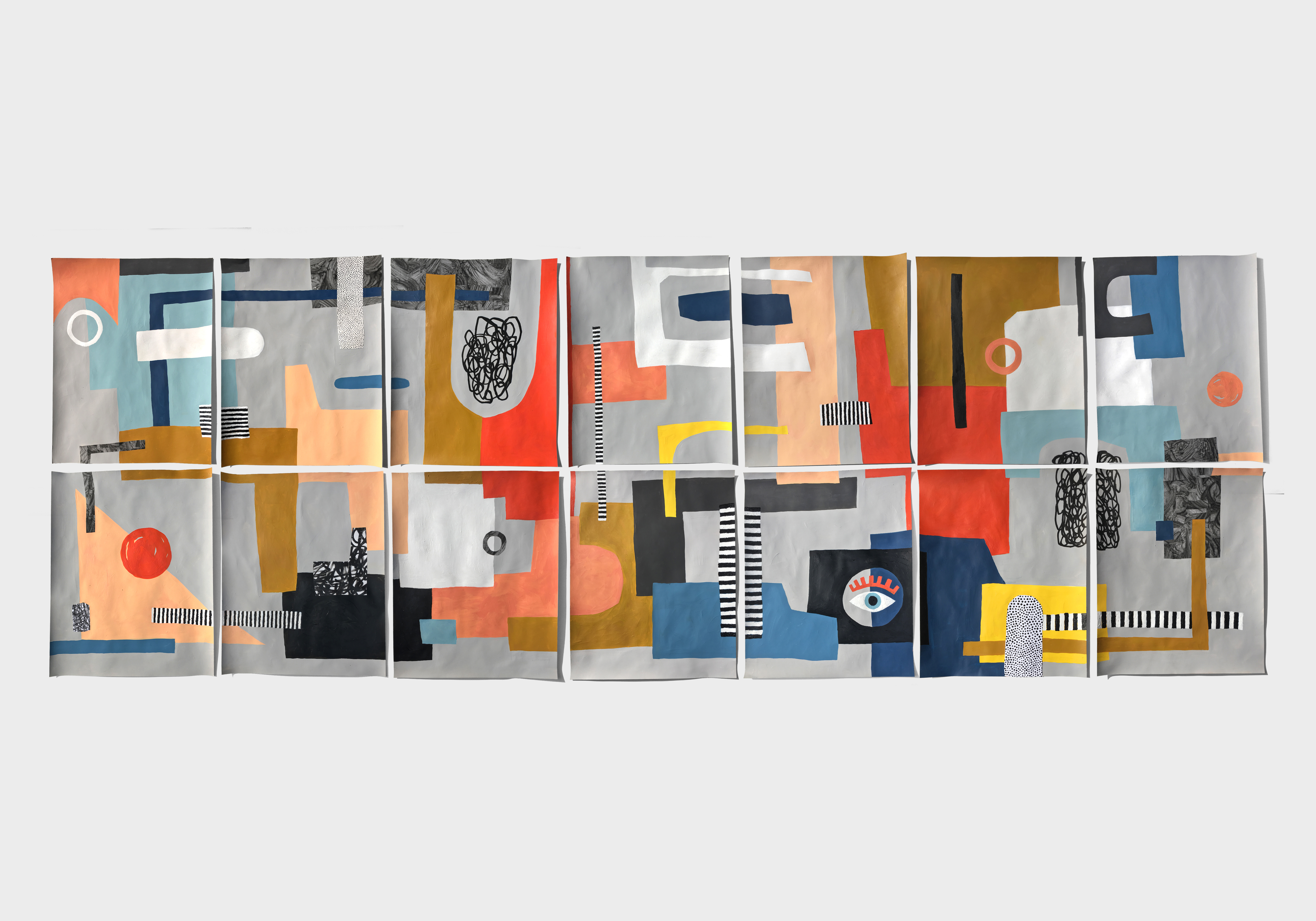 You’ve created a lot on untraditional surfaces. How does painting in a public shared space vs. on a canvas differ?

The context inherently influences the subject matter of public work. Unlike a gallery where my work can be viewed in relative isolation, public art inhabits a landscape where the physical architecture, the location demographics, and the surrounding businesses all play a role in how the piece is understood and interacted with. But that’s the fun part for me! I particularly enjoy strange corners, weird angles, and opportunities to really use and respond to the built environment. As a primarily abstract muralist, I am not so much depicting a scene or narrative as I am playing with space and creating backdrops for others to play with me. 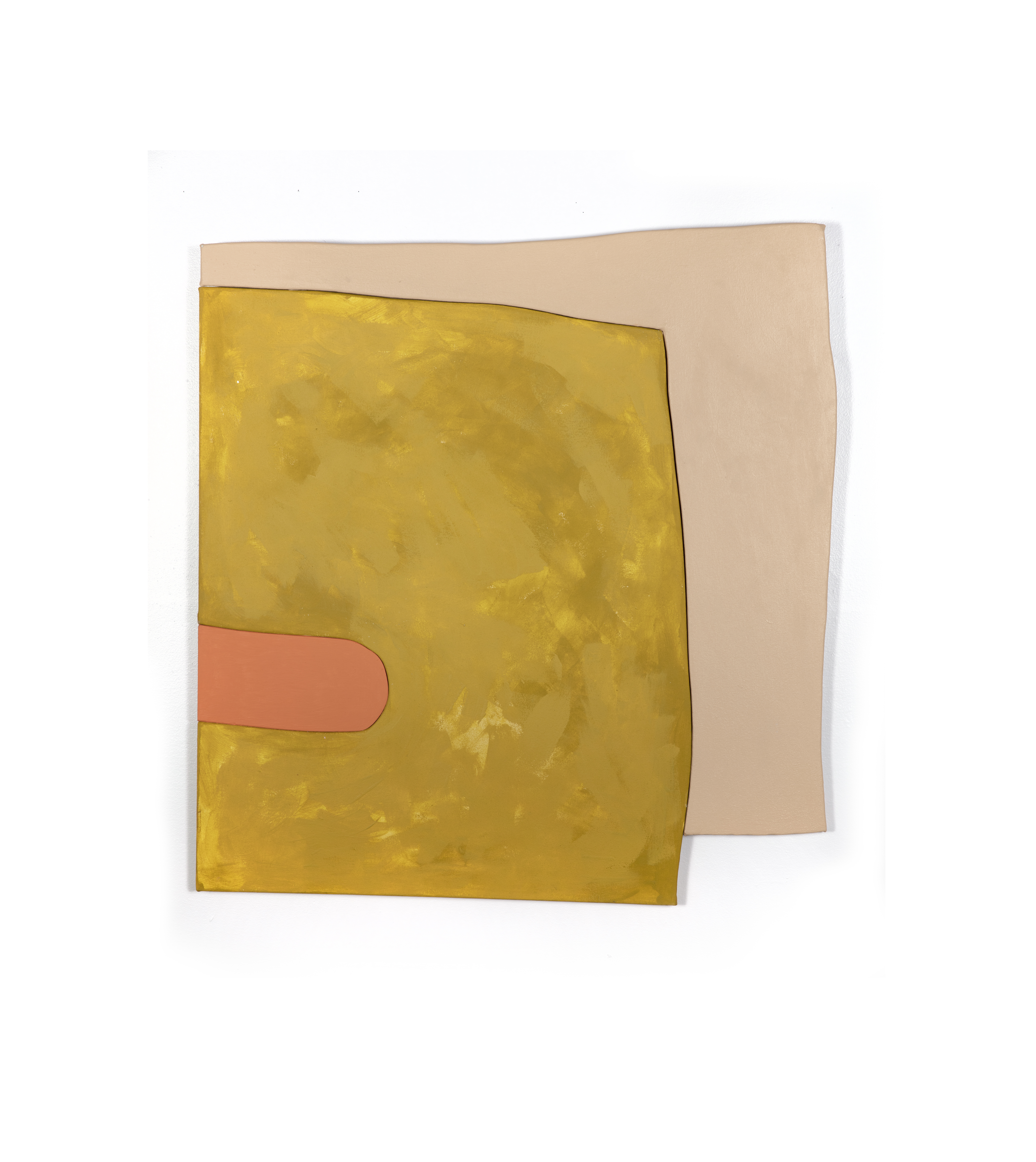 In my studio, I am working on intimacy – reacting against the broadness and the need for efficiency that my mural work has cultivated, and my next works will probably be more revealing, opinionated and take longer to make.

You live and work in Detroit which has not traditionally been acknowledged as a city known for its art. What is the art scene like and why does it appeal to you?

You’re right, while Detroit has a long and rich history making lawless art, historic architecture and groundbreaking music, it has received significantly less press than New York or LA. That is part of the magic though – just because something gets press doesn’t make it more meaningful. There are many different “scenes” within the city, but what appeals to me is the city itself, which attracts and breeds people who are resourceful as fuck. In a world where everyone is always performing a carefully crafted version of themselves on the digital stage, Detroit didn’t attract people who were trying to get rich or famous; Detroit attracted people who had ideas to build things that didn’t exist anywhere else. It’s not a “blank slate” but there is certainly a lot of physical space here to do things, and artists saw potential in that.

But I don’t want to romanticize the city either, years of institutionalized racism has ravaged communities through unfair housing foreclosures; the schools are grotesquely underfunded; the city is broke. It’s basically run by private companies because they have all the money. AND STILL people come together for art and for music – because it is the magic that reminds us that we are human and we are resilient. And hopefully art is part of the process of healing a place that has experienced some real trauma. 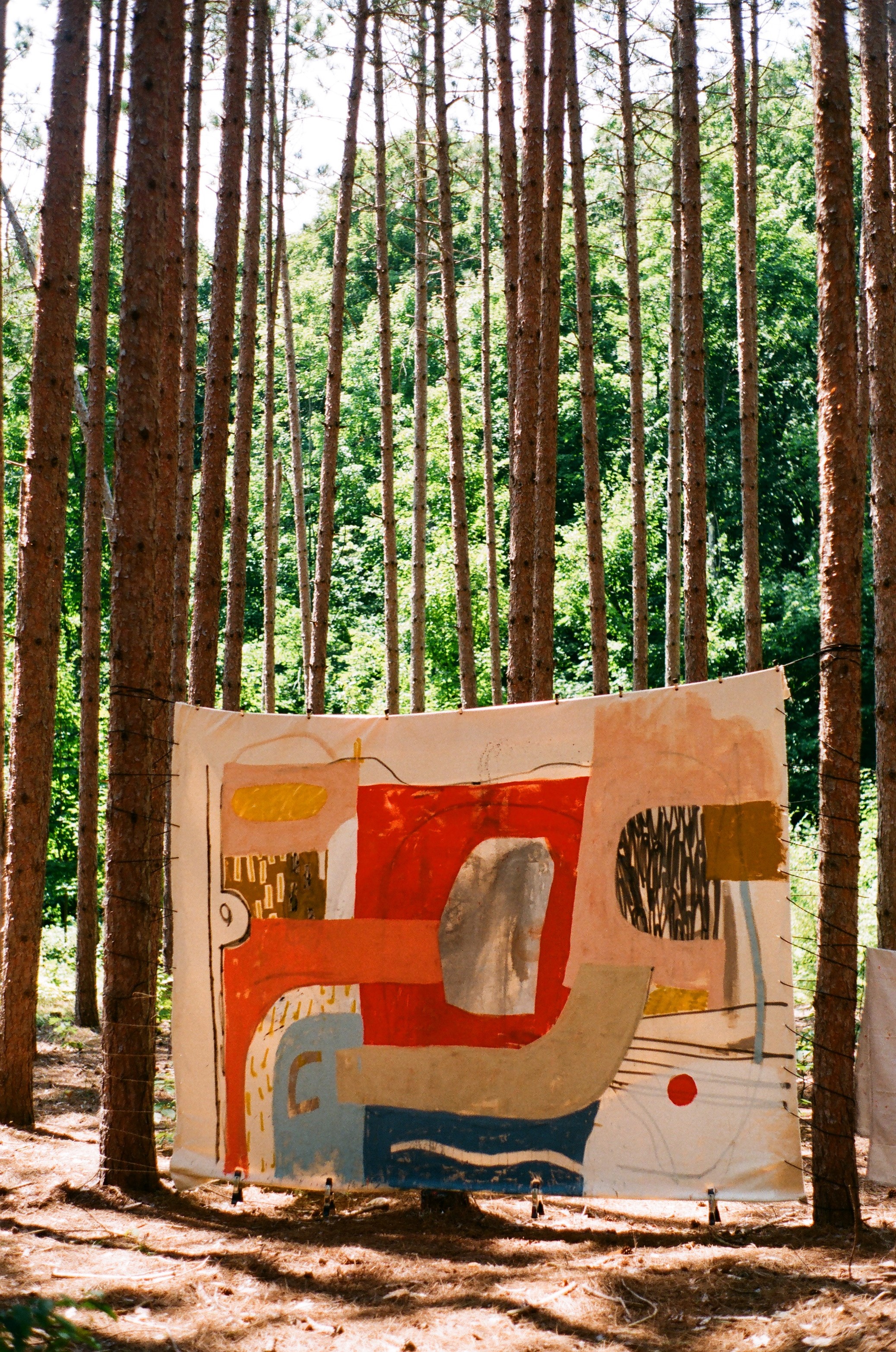 At Gagosian, Jonas Wood Continues His Ongoing Exploration Into Painting