Corydon Cowansage’s work pushes the limits of abstraction and realism. Often derived from examining architecture, Cowansage manipulates her subject matter into a far greater experience of depth and perspectival shifts that create disorienting and intriguing optical effects. The space that one inhabits and the way surroundings are perceived are called into question upon viewing one of Cowansage’s dynamic artworks. Cowansage lives and works in New York, NY. 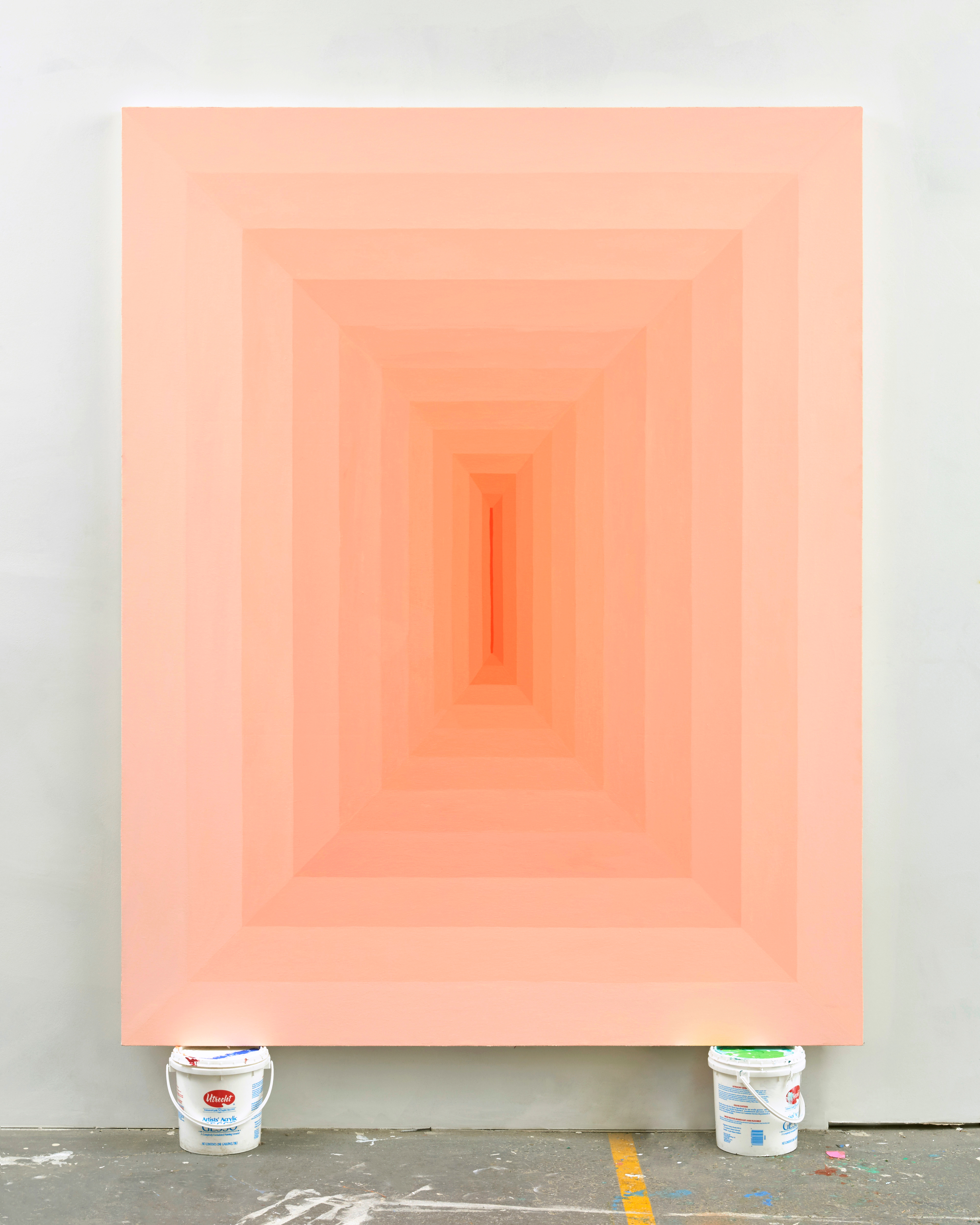 It’s great! The female artists I know are really supportive of each other, and it’s a lot of fun to see everyone’s work keep evolving and changing. I also find that we’re all pretty open and candid with one another other about our work and experiences, so their advice can be really helpful when making decisions and figuring things out. 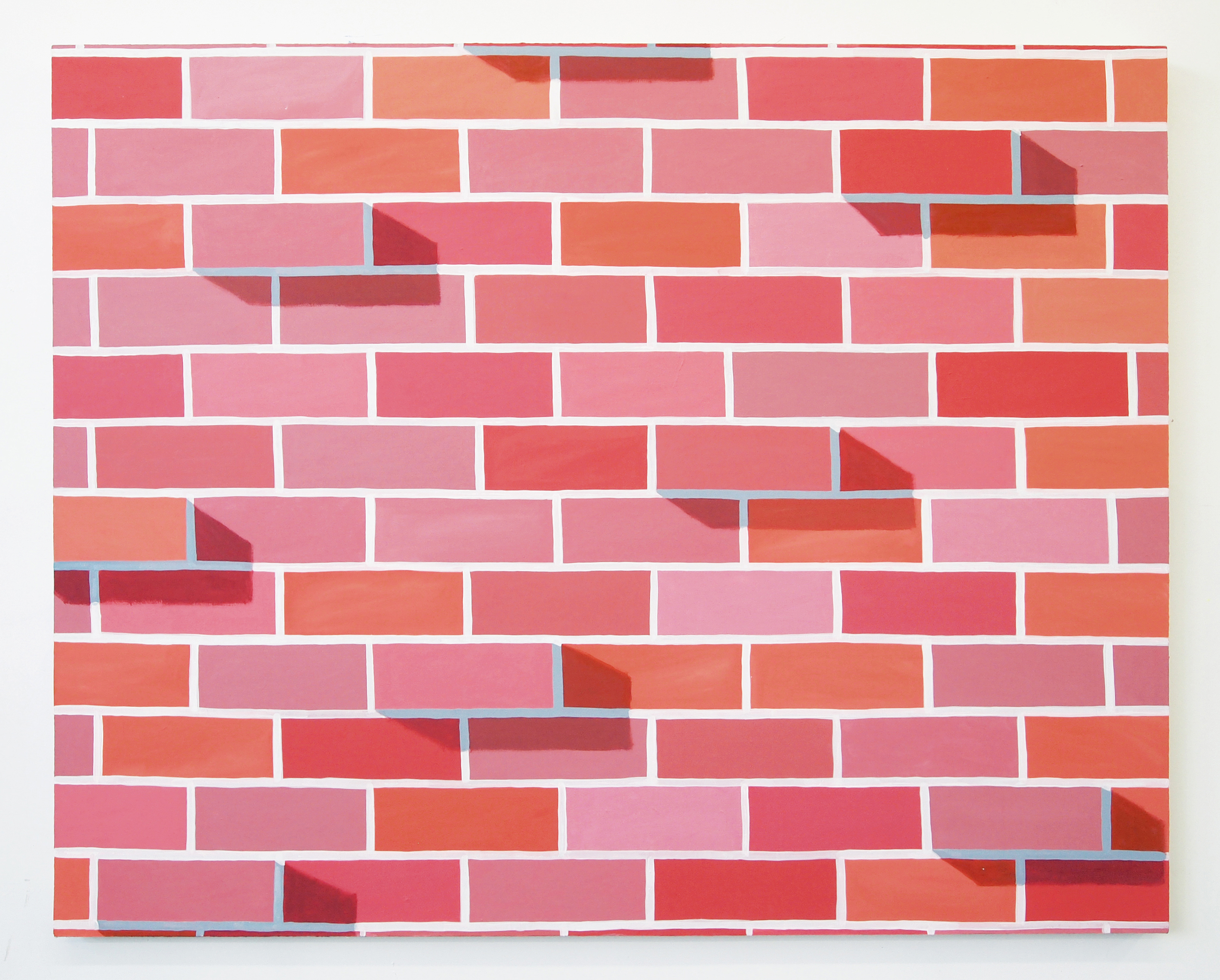 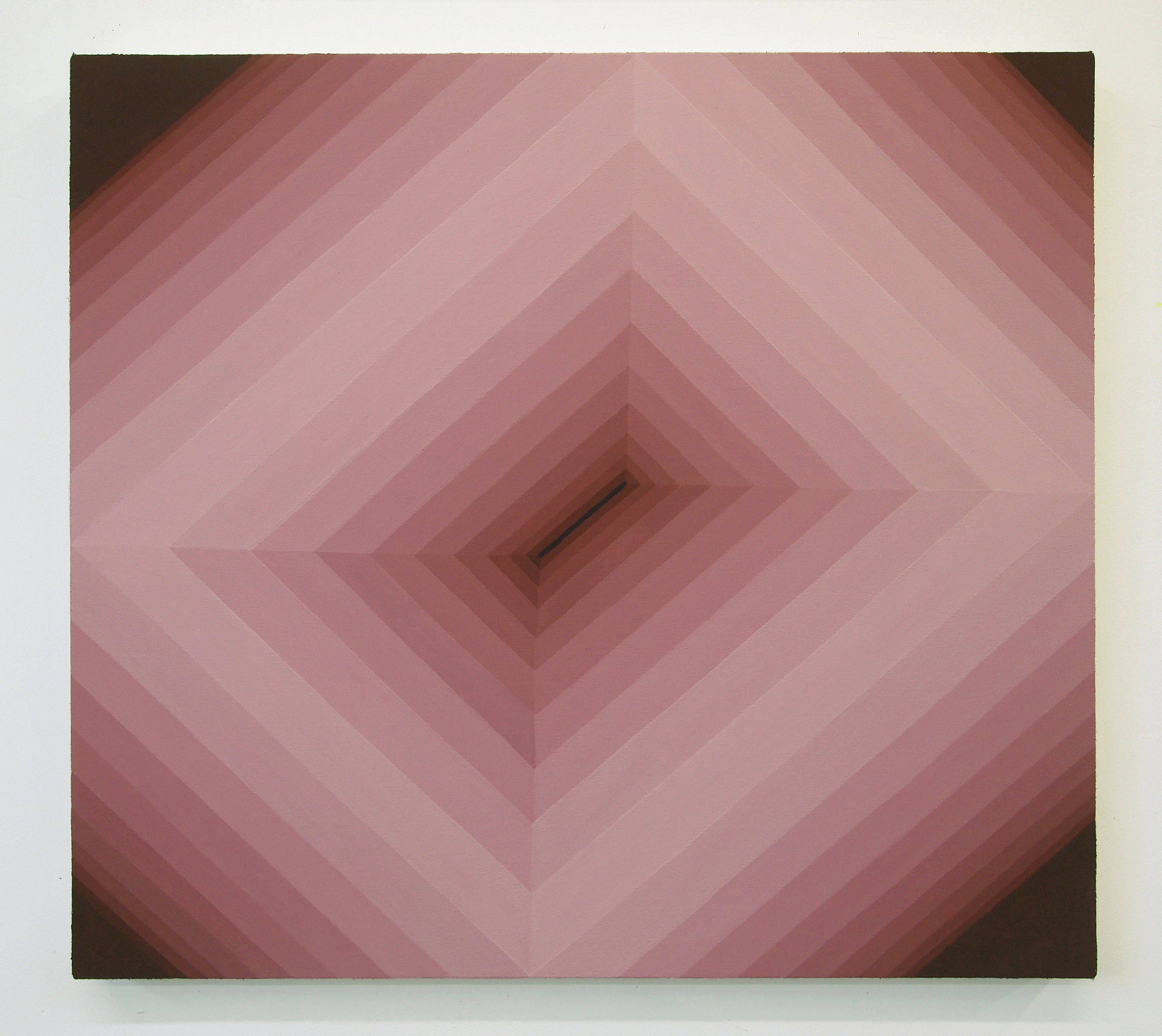 Yes, definitely. Growing up, almost every artist that I learned about or saw at a museum was a white man. When I was in grad school, most of our tenured painting faculty were men. I’ve only been in New York since 2008, but I remember even at that time there were a lot of shows that were all (or mostly) male artists. I do think things are getting better though. 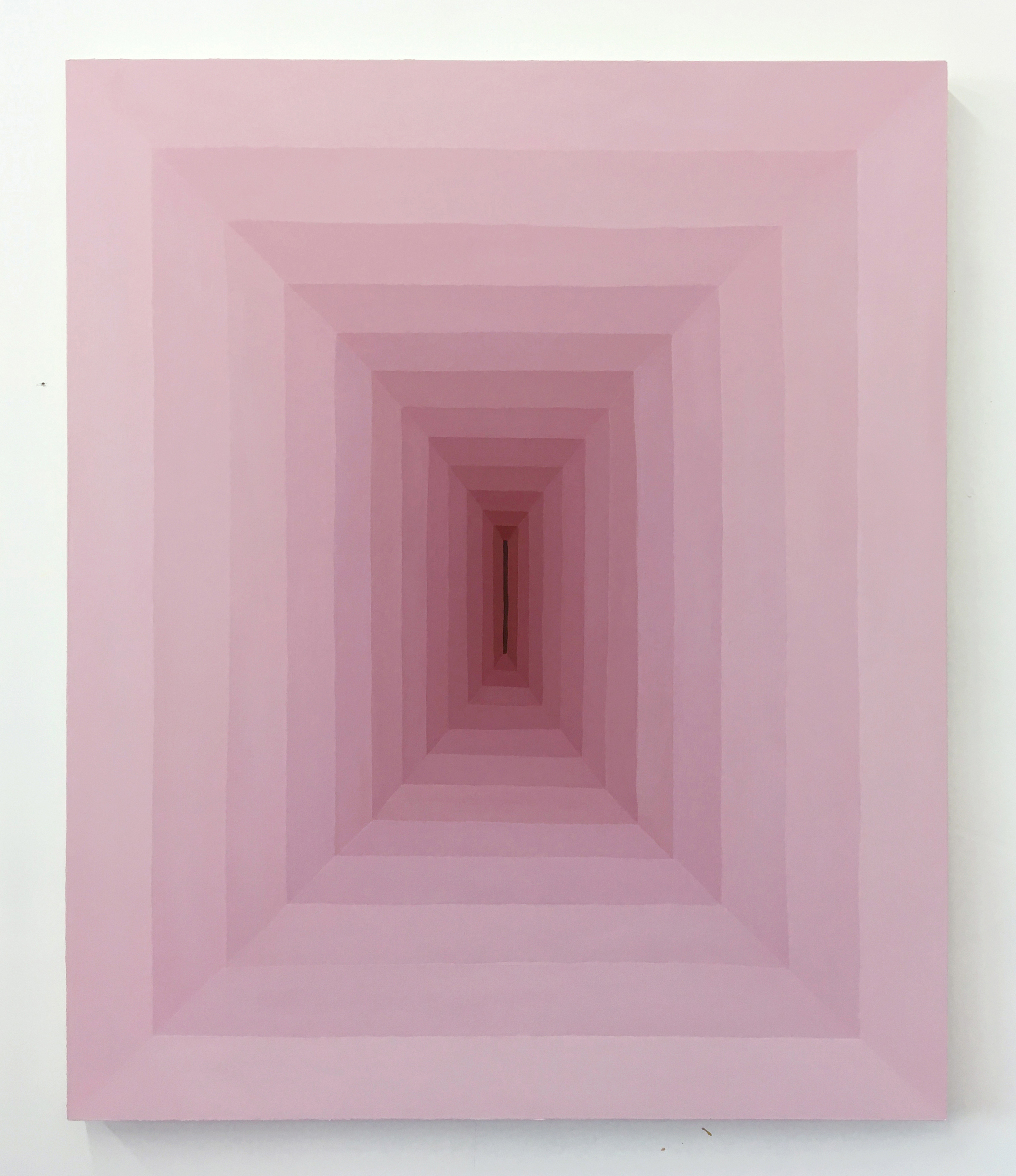 I don’t see all male shows happening nearly as often these days, and it definitely seems like there are more female artists showing their work and getting recognition now. Hopefully it’s not just a trend and it continues.

I’ve also noticed a lot of women creating opportunities for other women. My first solo show was at a gallery on the Lower East Side called 17 Essex (formerly Miller). The women who run the space, Ala Dehghan (who’s also an artist) and Valentina Van de Weghe, make a point of only offering solo shows to female artists, and their programming has been really strong. I think projects like this, where women support other women, make a huge difference. 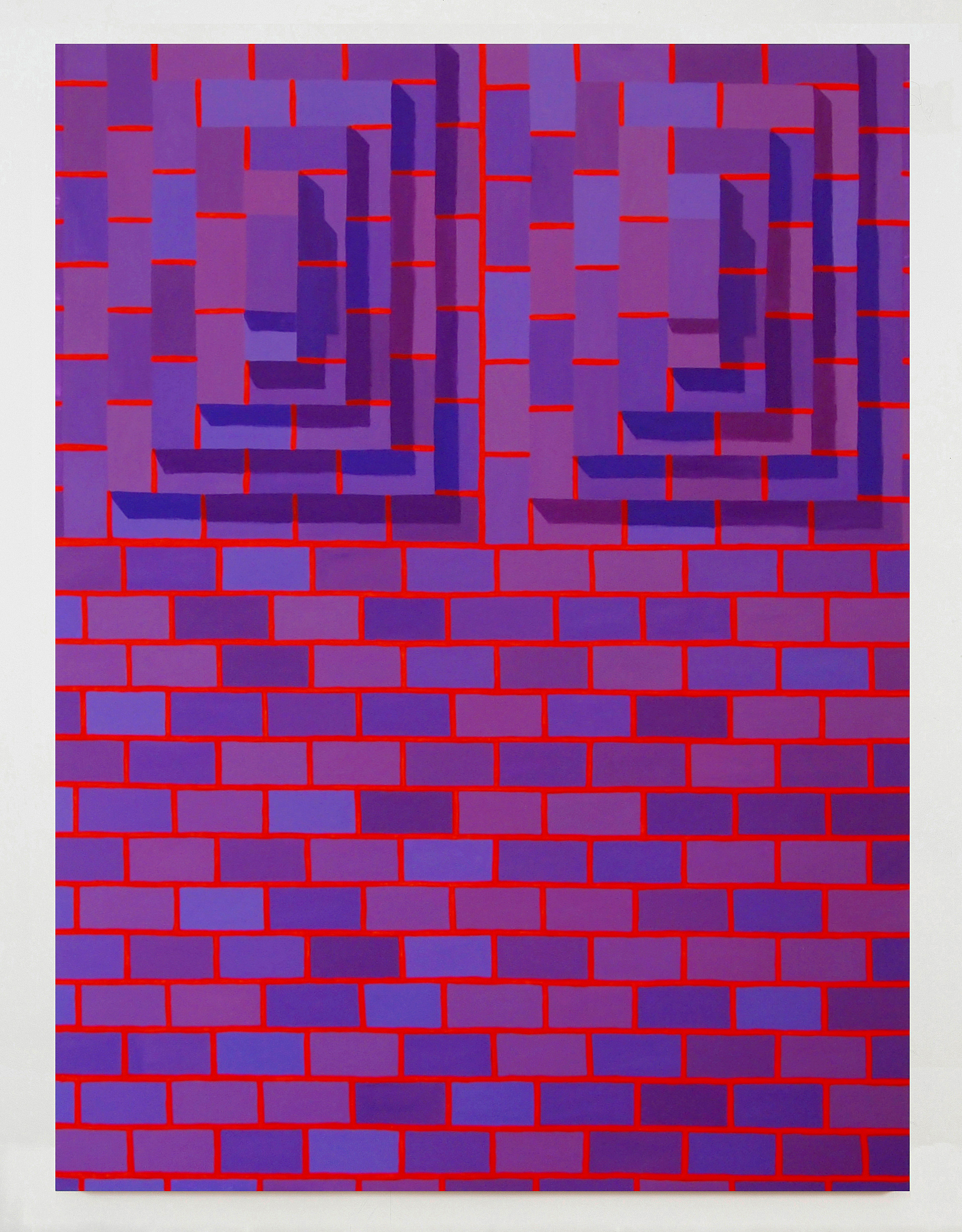 I hope we can eventually get to a point where more people who identify as female are able to support themselves as artists. There are so many incredible female artists who aren’t fully appreciated until later in their lives, or until after they’ve died. Having children is also still really stigmatized for women, and childcare is a huge challenge. So that’s something I hope improves.

Have you always created works in the style you are working in today? Where did your interest in geometric abstraction derive?

My work has evolved gradually over the years, from one painting to the next, and most of the paintings I’ve made relate to one another. The forms in my paintings usually reference architecture or nature in some way, which has always been the primary focus of my work. I come from a representational painting background, but over time I’ve become less interested in making images of specific places, and more interested in treating the landscape as an entry point for exploring geometric abstraction.

Your work incorporates visual language that doesn’t always appear in your eye sight right away, becomes more evident upon looking at a work for an extended period. Why do you include such symbolism in your work?

I always aspire to make paintings that are as pared down and direct as possible, but still worth looking at for an extended period. I like when my paintings change the more you look at them, or when they feel straight forward or pleasant at first, but that can give way to other more perverse interpretations. Flat geometric shapes might start to feel spatial the more you look at them, or certain forms might become more suggestive. I also use subtle color shifts to get viewers’ eyes moving around. A lot of my paintings are pretty big and are actually very painterly. People are always surprised by that when they see them in person, probably because they look really tight and precise in tiny images online.

From where do you draw source material that inspires your work?

I get most of my ideas when my mind has time to wander—when I’m walking around, driving, running, drawing, etc. I get ideas from recurring forms and patterns that I notice in the landscape—things like roof shingles, fence slats, tiling, blades of grass, or brick formations. Sometimes I get ideas from paintings that I’ve already made. I used to work as a receptionist for a shoe designer, and I would get ideas for paintings when I was just sitting at the front desk doodling. 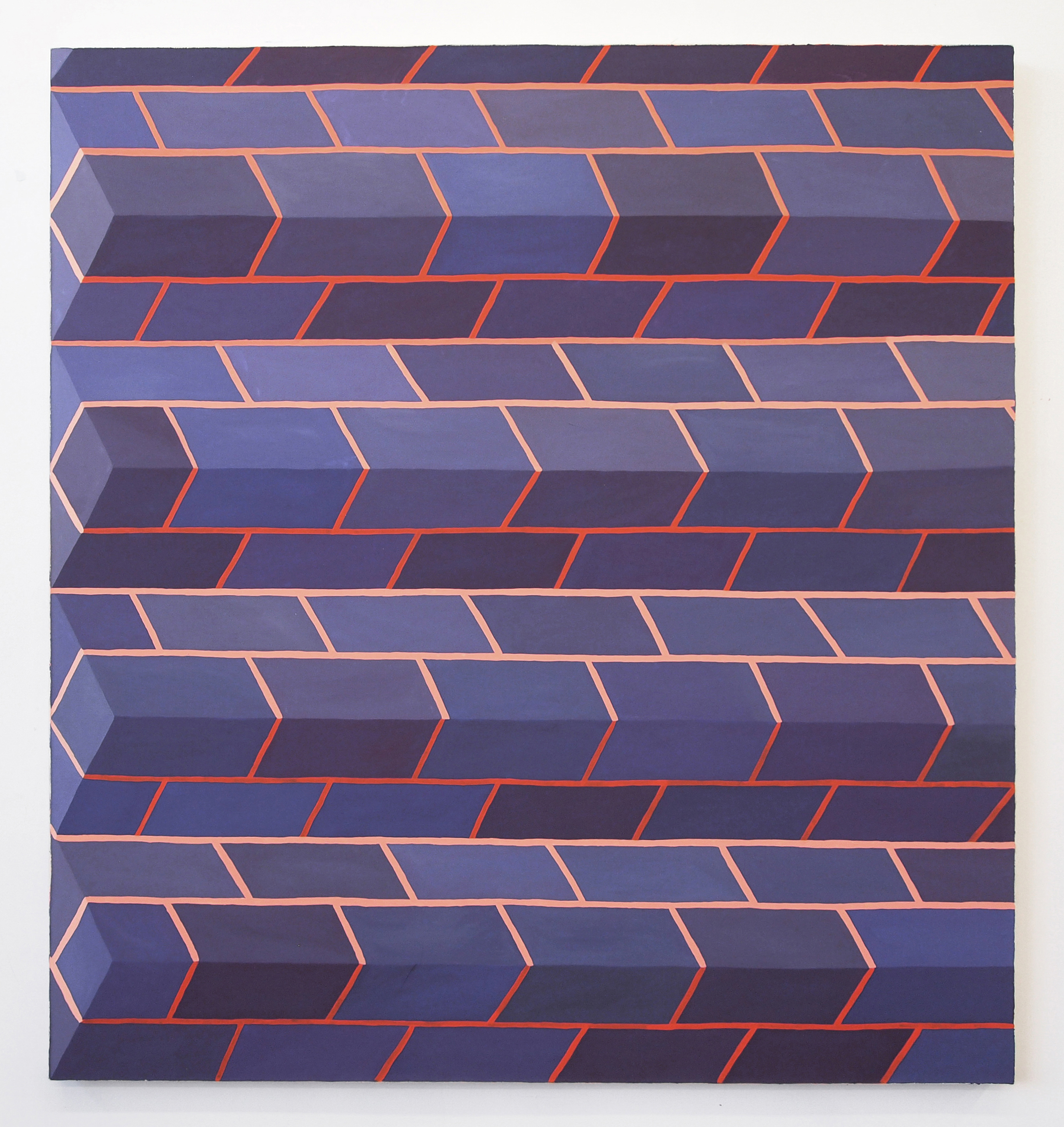 Can you briefly explain your process i.e. how a work may start off and what changes as you progress?

I make lots of terrible, rough drawings on paper or in Photoshop or SketchUp. Once I settle on an idea I make different versions of the drawing and tweak things until it feels right. I also make little color studies and experiments before starting a painting. But even though I try to plan paintings before starting, I always end up changing things and making decisions as I go. It can be hard to predict how colors will interact, so a lot of my color choices happen while I’m working. I often photograph paintings as I work on them and then play with them in Photoshop to try things out, which is a great noncommittal, low-risk way to experiment. I never know exactly how a painting will end up when I first start, and for me that discovery is part of the fun. I usually work on one painting at a time, make a huge mess, and then clean up my studio and start the next one.

Jaime Muñoz is Driven by Self-Reflection