One of the oldest and most established names in the blue-chip gallery world has shown its willingness to be forward-thinking by hosting a buzz-worthy exhibition with many of the brightest names establishing themselves as the future of the art world. Domestic Horror organized by Bill Powers at Gagosian, brings together a mix of works that feel at home in the Western canon with works from obvious varying cultural influences – very distinct in their own ways. 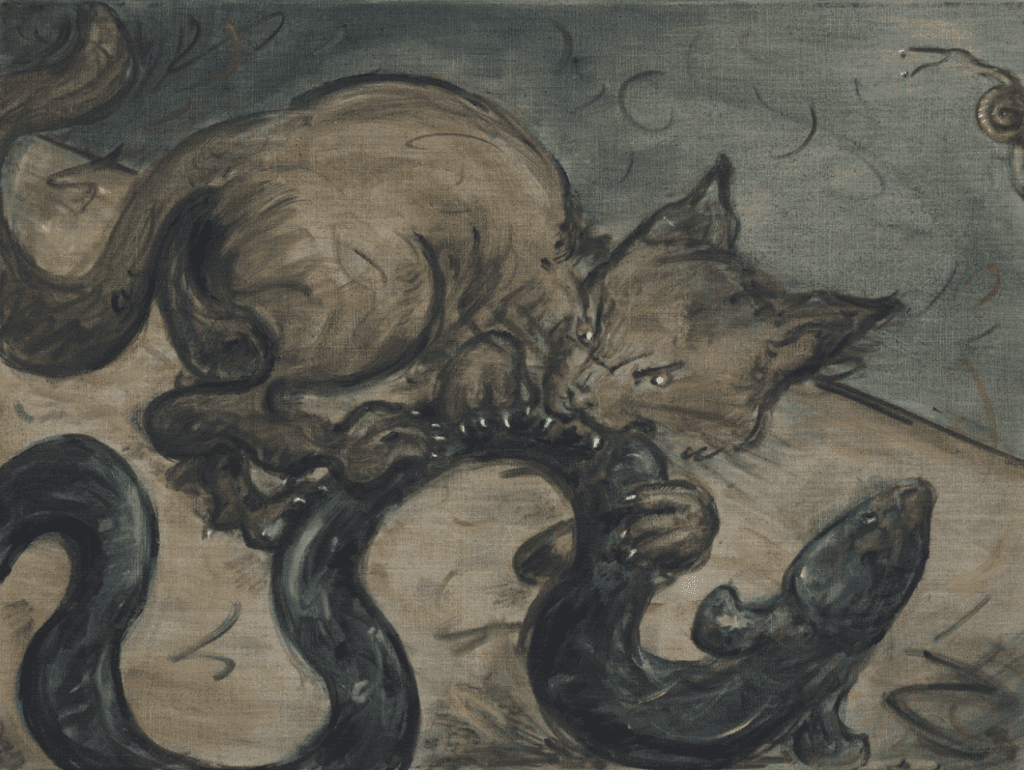 Artists that Powers and his Half Gallery have been championing for some time, such as Vaughn Spann, Genieve Figgis, Ginny Casey, Tanya Merrill, Chloe Wise, and Louise Bonnet are met with some less familiar names such as Natalie Ball, Ewa Juszkiewicz, and Cheikh Ndiaye. 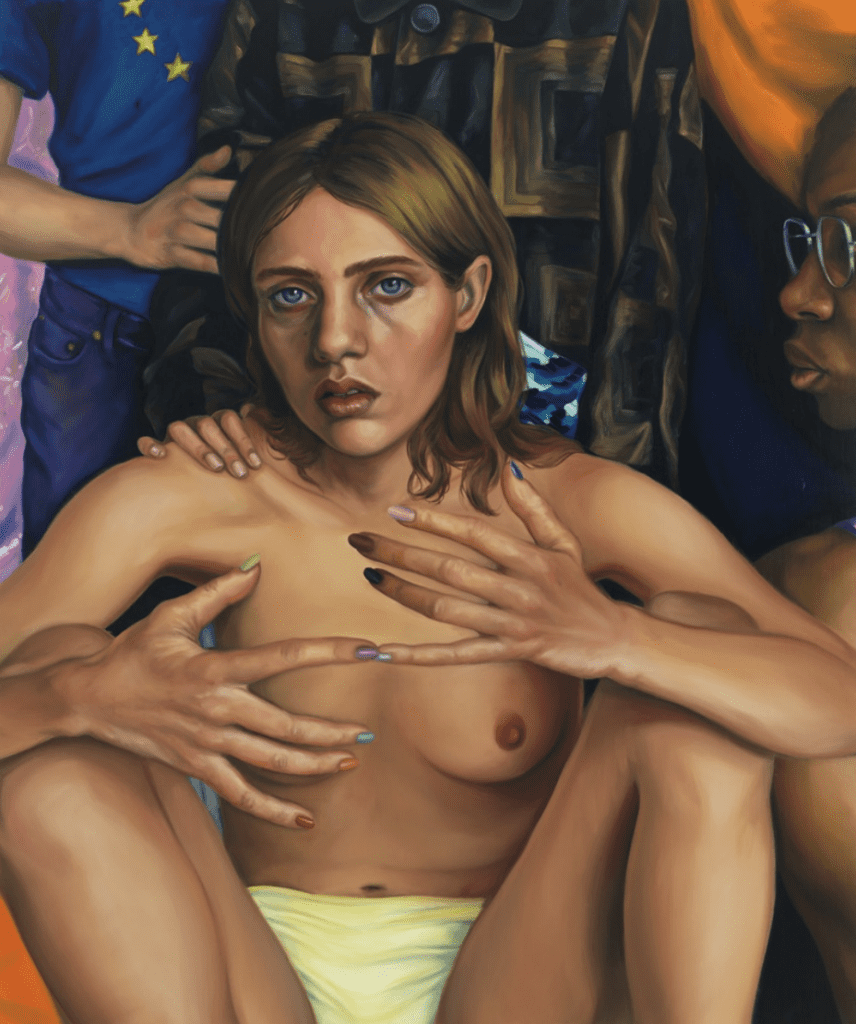 Some of most frightening scenarios can occur in our most familiar environments. Here, we see a double entendre of fears in the home as well as in a larger, cultural setting. When things aren’t as they seem in what is otherwise a comforting environment, one’s emotional response tends to run deeply. Whether it’s in your own home or a larger environment, anxieties in personal and cultural narratives exist on numerous levels from varying sources. 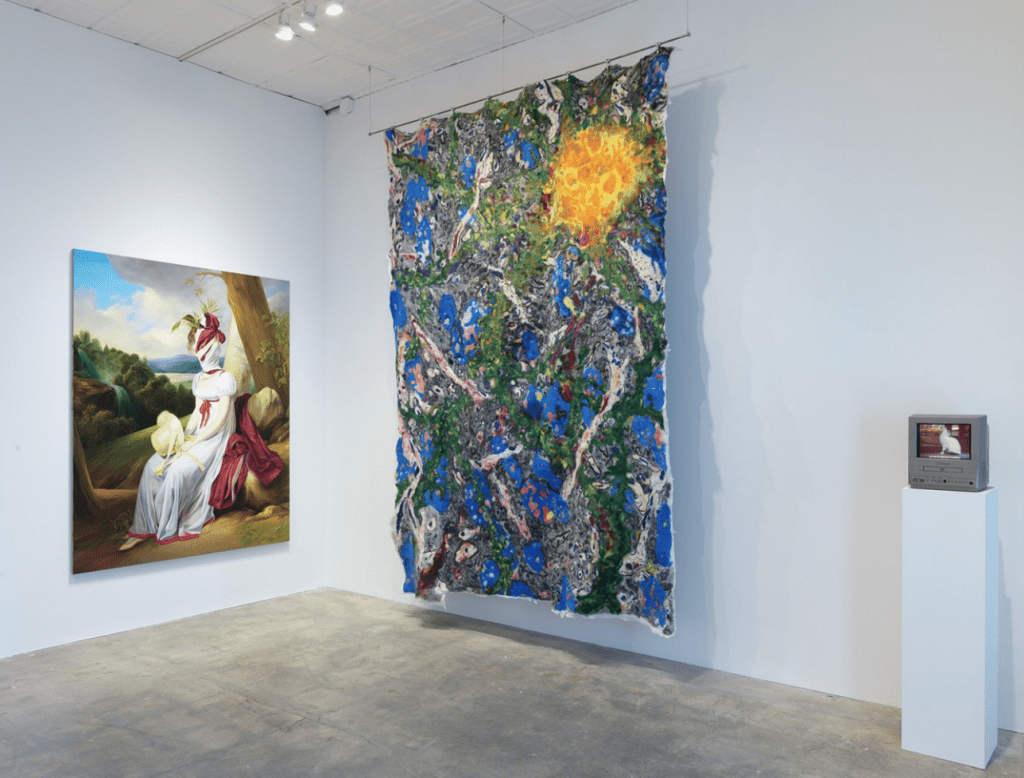 The current climate in the United States and beyond runs rampant with fears related to a myriad of issues pertinent to both the present moment and impending future. Rather than conquer every one of these threads, Domestic Horror lets each artist tell their own story of conflict within the confines of two- and three-dimensional works. Some invite humor and lighthearted moments while others pulse with a pressing intensity.

While Bonnet, Casey, Merrill, Spann, and Wise provide some favorite works that we graciously continue to come across, a particular standout in the show is Juszkiewicz’s towering painting which parodies French portrait artist Louis Léopold Boilly’s Portrait of Madame Saint-Ange Chevrier in a Landscape (1807). In Boilly’s original painting, a woman sits upon large rocks, looking passive and uninterested as she gazes off to the side. While she allowis her likeness to be captured, she does not look particularly pleased to be in her current state. 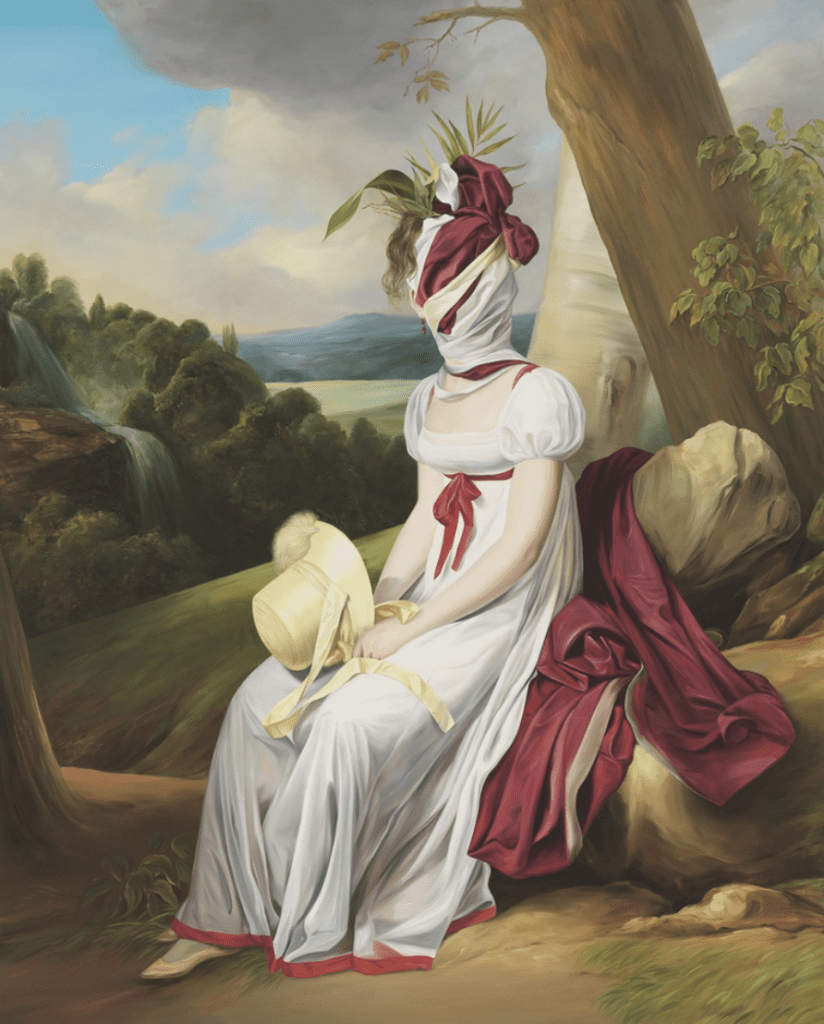 Ewa Juszkiewicz
Portrait of a lady (after Louis Leopold Boilly), 2019
Oil on canvas
79 x 63 in

Juszkiewicz takes Boilly’s representation and turns it on its head, wrapping the titular figure’s head in fabric and foliage, seemingly suffocating her perhaps in a gesture to relieve her from this very task. Juszkiewicz skill in painting the folds of fabric which adorns the woman’s body is breathtaking to behold. The varying hues and light captured by Juszkiewicz is as exquisite and picturesque as the presence of chiaroscuro in the Italian Renaissance. The artist creates a work that one can truly spend endless time basking in, acknowledging its ordinary parts that stem from a 17th century portrait and admiring the strange alterations that seem all too fitting for the scenario at hand. 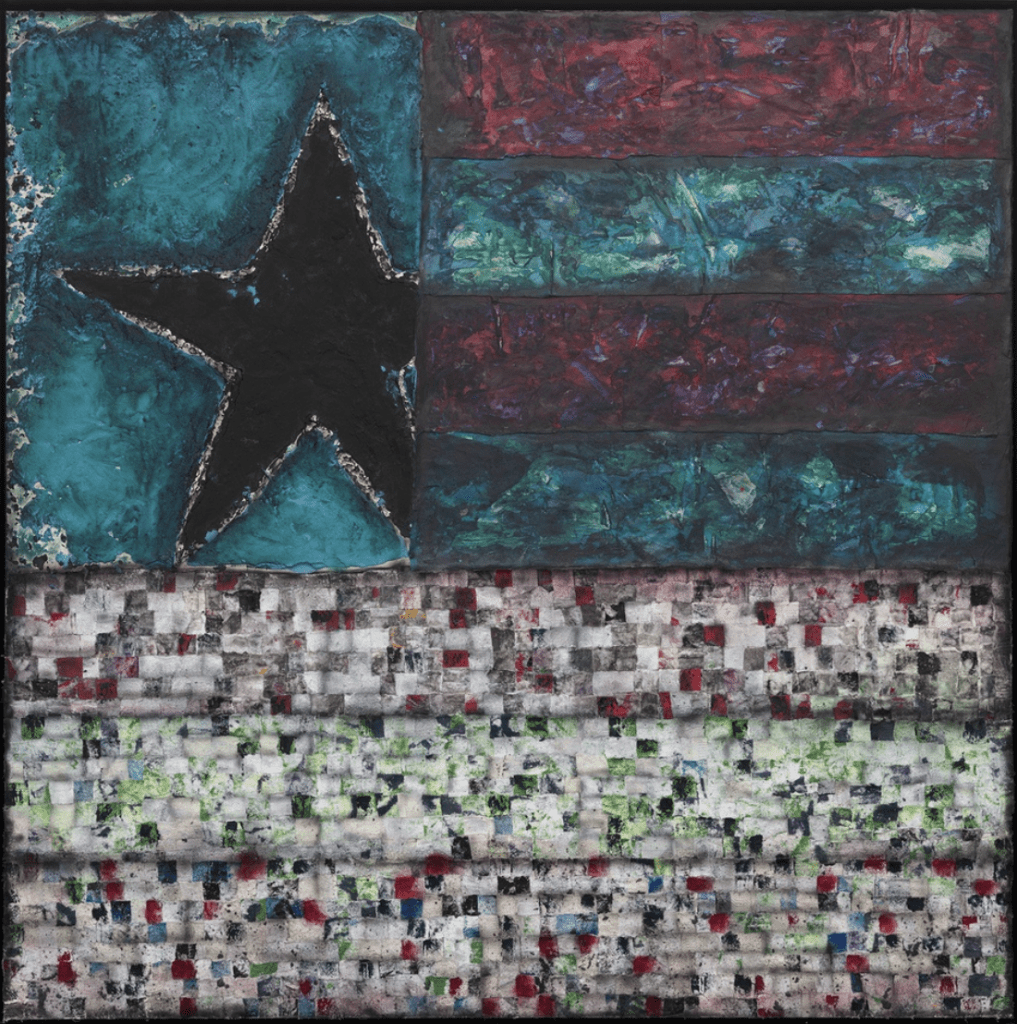 Domestic Horror will be on view at Gagosian at Park & 75, New York through October 19th.