Two of Art of Choice’s favorite artists and past interviewees, Genesis Belanger and Emily Mae Smith have teamed up for one of fall’s most intriguing shows. A Strange Relative, on view at Perrotin Gallery, pairs Belanger’s hyper-realistic feminine sculpture work with Smith’s bodily, surreal paintings in perfect synchrony. 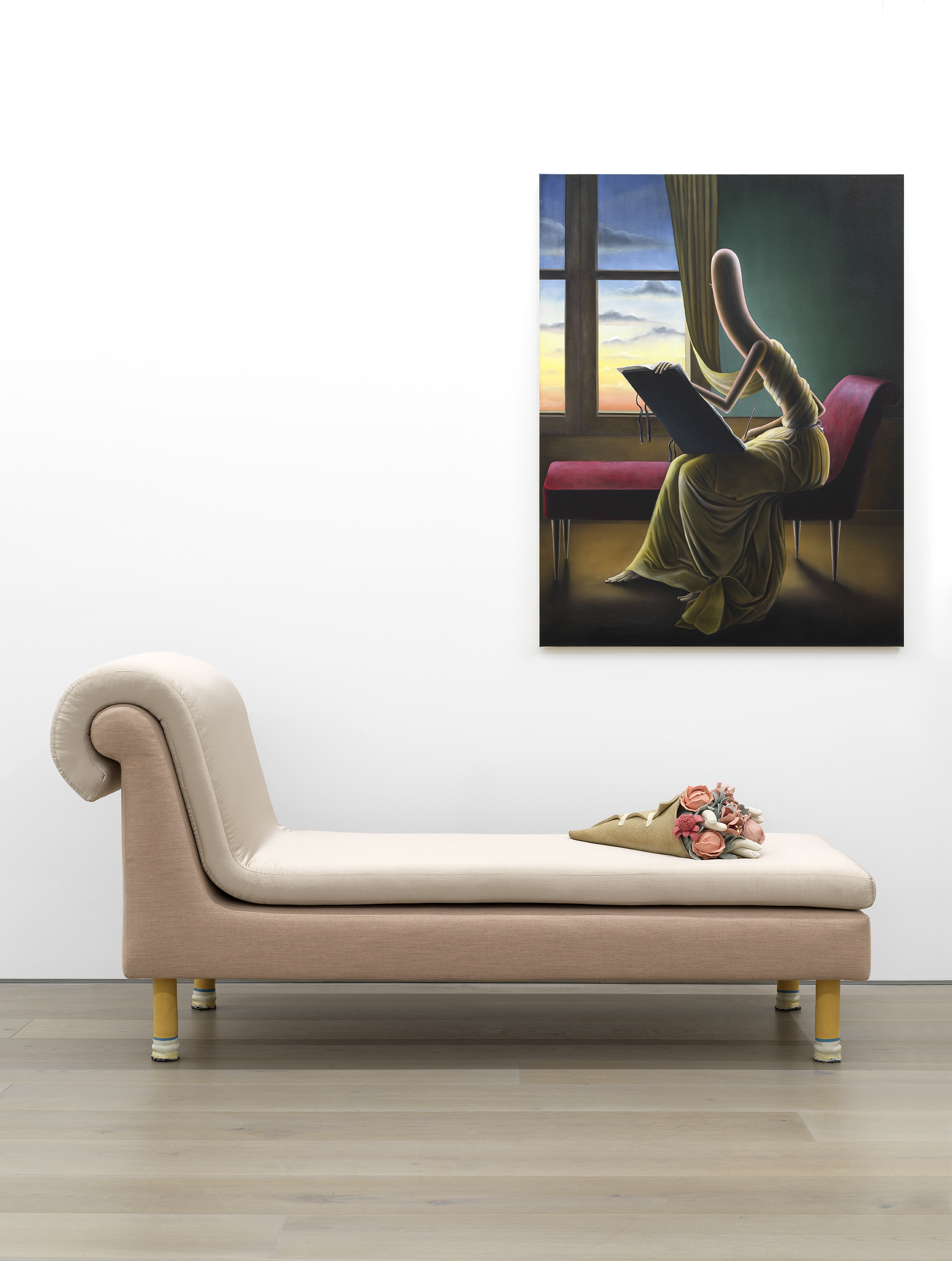 In addition to their works being in close dialogue with one another, the artists themselves both live and work in close proximity in Brooklyn, NY. Belanger’s stoneware and porcelain objects take on human-features turning commonly-used items into bodies. Upon closer examination of the works, a mouth of teeth appears at the front of a shoe, fingers pour out of a vase of flowers, and a tube of lipstick becomes a plump pink tongue. Belanger gives us symbols traditionally associated with the feminine and turns them on their side in a way both beautiful and uncanny. She is critiquing the female stereotype in a wholly original, humorous, and outrageous way.

Though full of dual and often opposite emotions, the sculptures do not give off one overwhelming emotion and exist in a sort of harmony, leaving the viewer curious to take multiple glances. Walking through the exhibit can be likened to touring a movie set, which unexpected twists and turns at every glance. 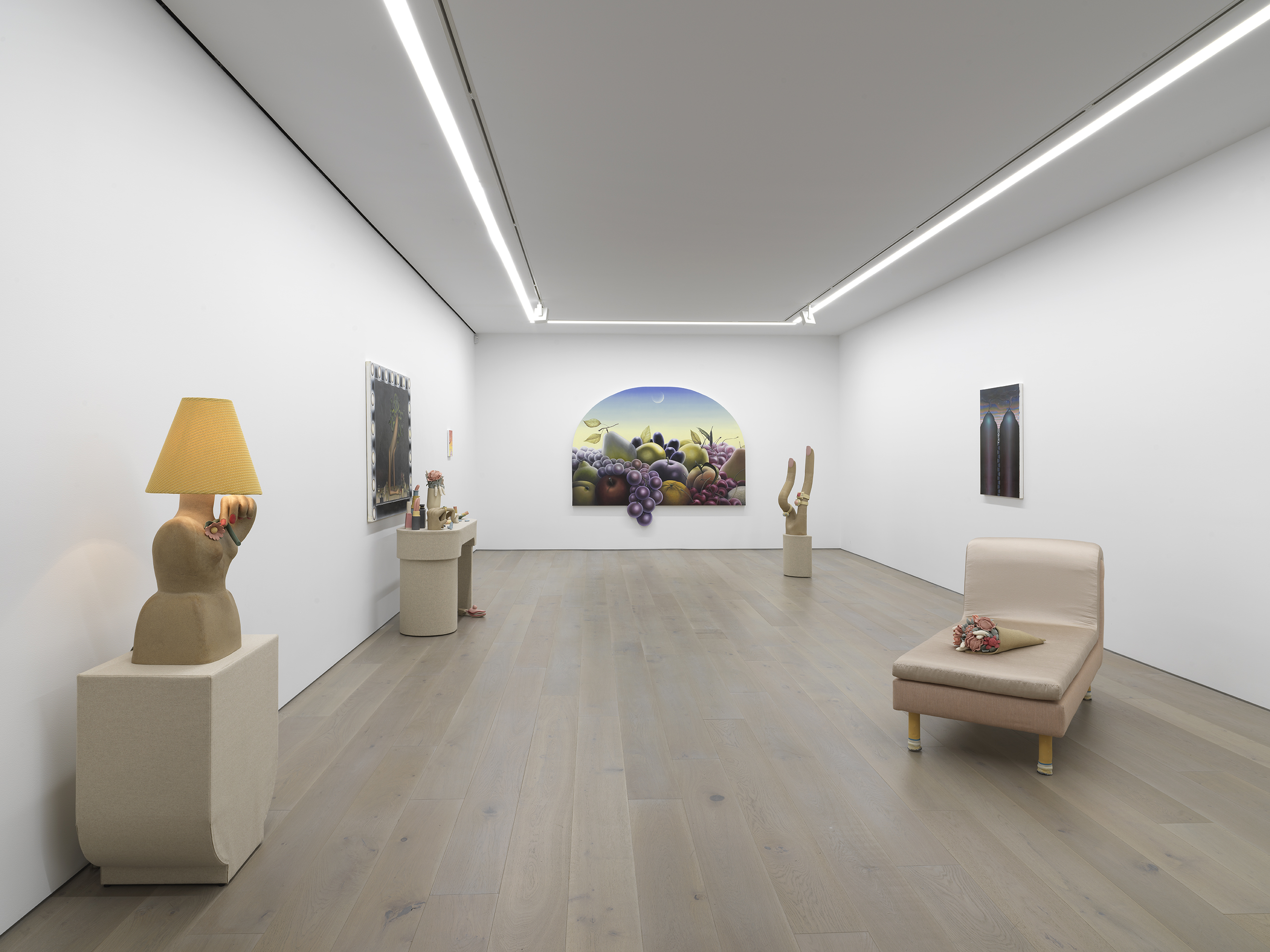 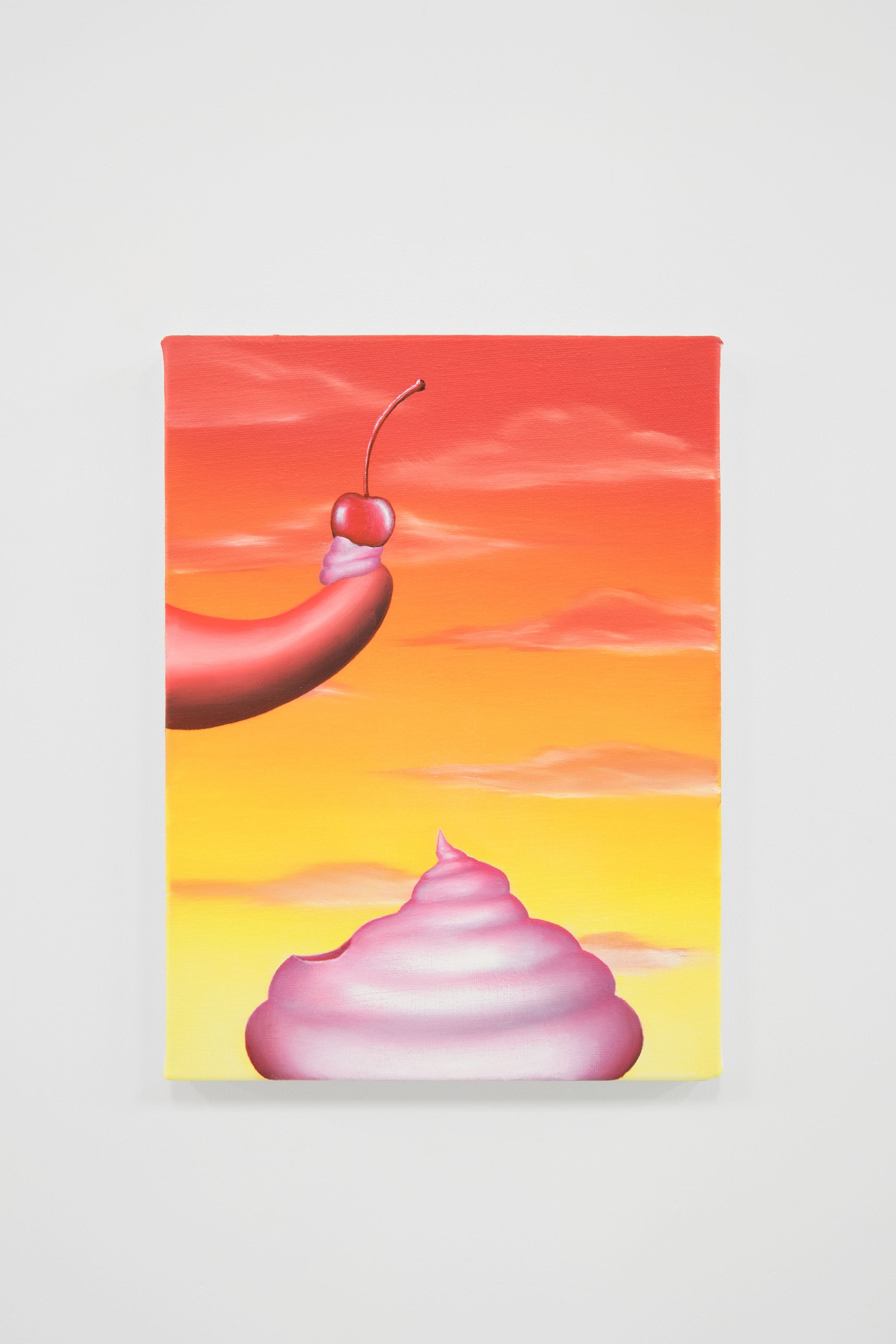 Smith’s paintings use oil on linen to echo many of the objects created by Belanger onto a two-dimensional surface. A reoccurring figure in the form of an anthropomorphic broom reappears in many of Smith’s works. Where Belanger’s work lacks a figure, Smith’s paintings provide one, looming in the backdrop of the scene. She executes her works in a photorealistic style with crisp, hard-lined edges, yet the content is far from real. Smith too examines symbols associated with female stereotypes. This investigation is sometimes blatant, such as in Citadel, which portrays two forms that could be viewed as lactating breasts or as powerplants spewing out exhaust and sometimes less obvious, like in Fruits of Labor, a depiction of a plethora of fruit whose name seems to tie in its feminine quality. 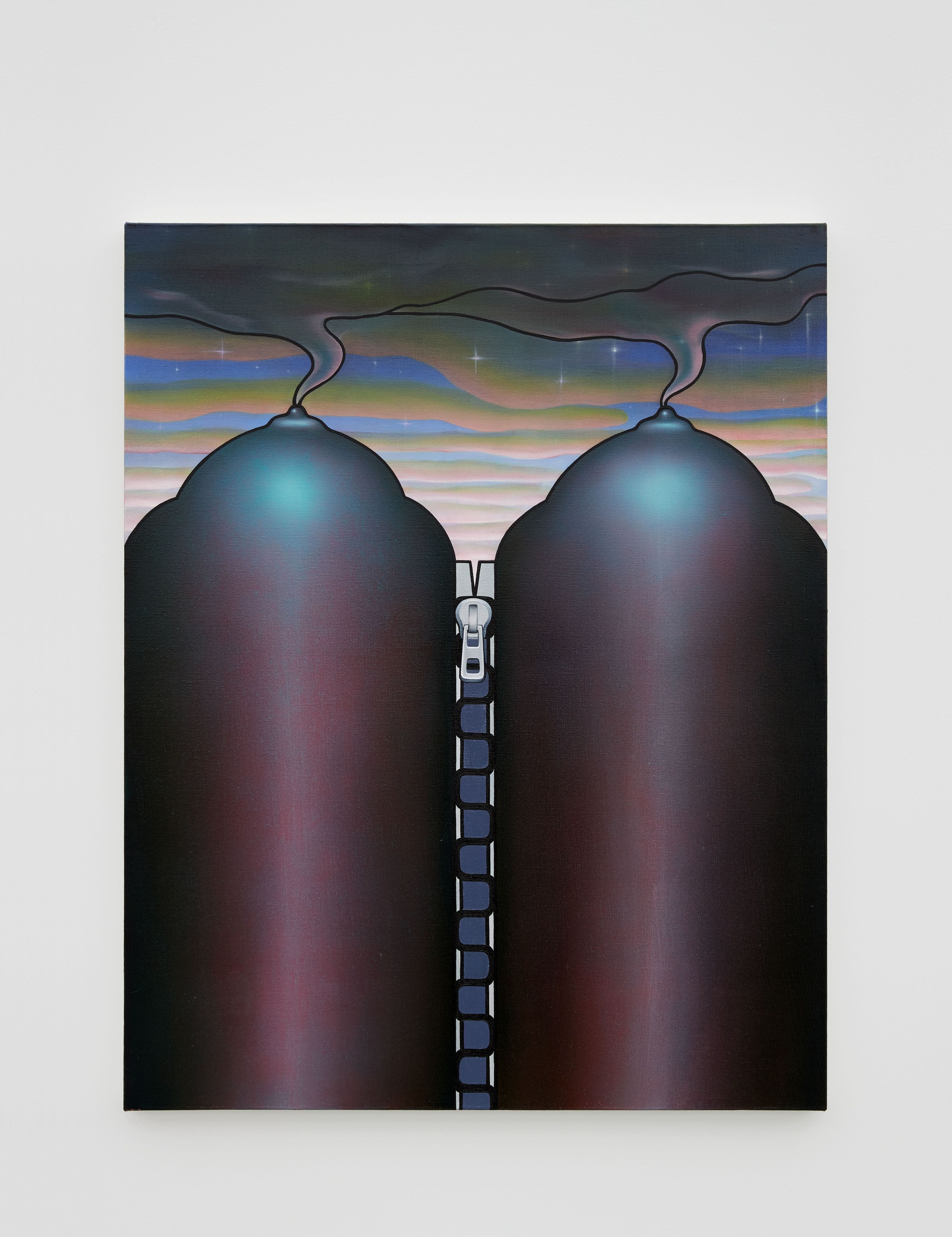 Taken together, Belanger and Smith’s works aid in elevating the meaning present in each. Fundamentally opposite, the works on view find an extraordinary relationship with one another, so much so that it is difficult to envision the two bodies of work existing separately. A Strange Relative is a treat to behold for the eyes as much as the mind.

A Strange Relative featuring the work of Genesis Belanger and Emily Mae Smith will be on view at Perrotin New York through December 22.