Julia Rommel’s fourth solo exhibition with Bureau, “Candy Jail” presents a continuation of her ongoing exploration into the exposition of the procedures, tools, and materials that create a painting. The formal definition of the word process is a series of actions or steps taken in order to achieve a particular end. With this in mind, Rommel’s paintings are truly process-oriented. She does not try to hide the many steps taken to reach the end result, instead showing purposeful traces of her many movements. 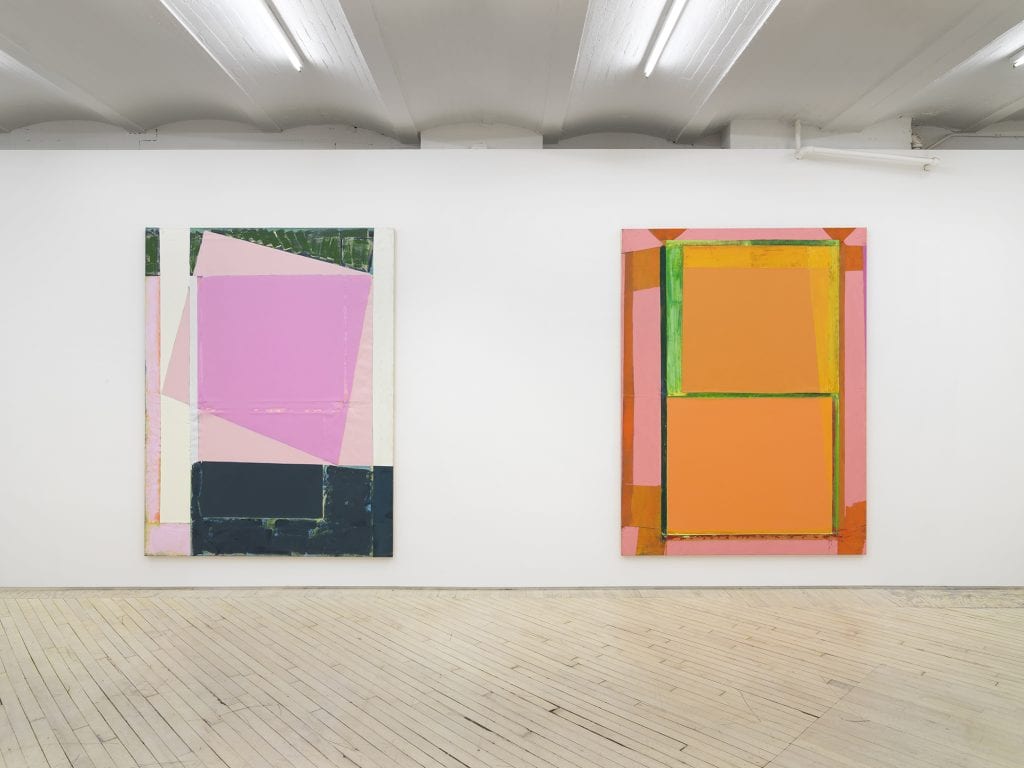 Rommel’s paintings are the result of a back and forth battle with the canvas. The beginnings of a painting are reworked, covered, and revised through various stages until the moment when she finds contentment. Linen is stretched and re-stretched from one set of stretcher bars to another of a different size. Paint is layered in stages, building up texture and a natural language of mark-making. Rommel warmly welcomes imperfections onto her canvas, giving her work a humanness that is so often absent from fine art.

Pushing her work towards the sculptural, Rommel uses conventional materials to reach an unconventional conclusion. Her work differentiates itself from Minimalism in the deeply personal touches that Rommel leaves visible. The access into her every step can be read as a direct glimpse into her most intimate moments – a map of memories and moments that make up Rommel’s life and practice but leaves the composition absent of a personal gesture. 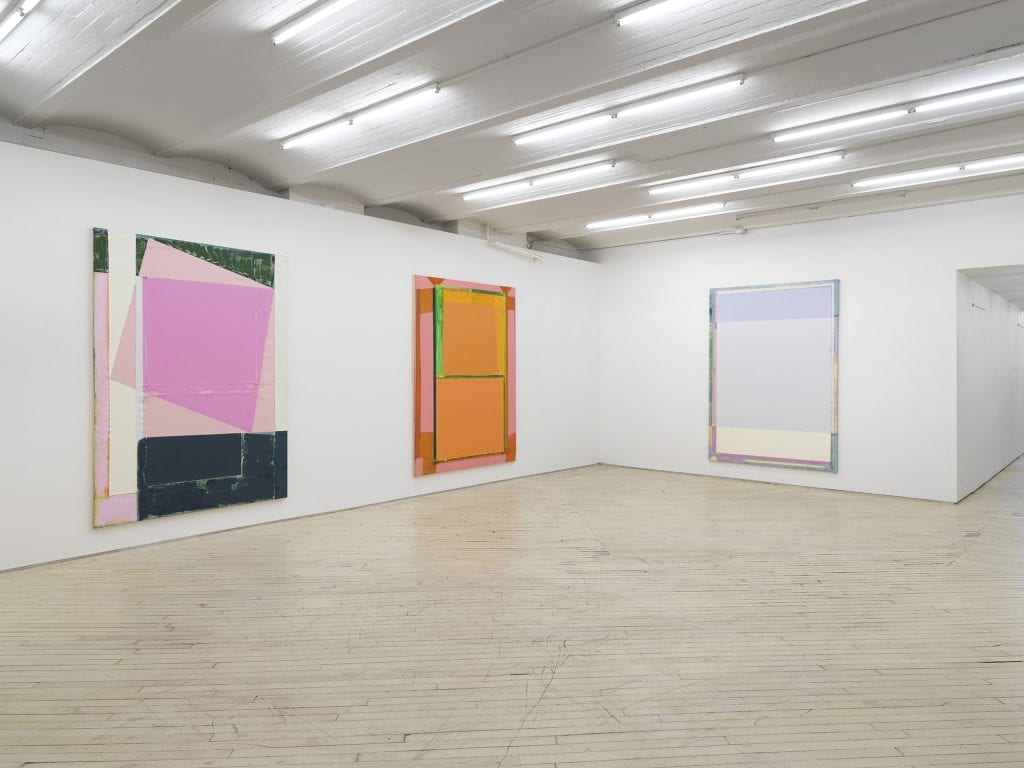 In “Candy Jail”, Rommel introduces brighter, more playful colors into her palette. Though one might deduce that this upbeat assortment was the result of a carefree period of work, in the show’s press release Rommel writes of a difficult past year, with increased indecisiveness and lack of clarity in direction. The artist felt less in control about what was showing up on the canvas, hesitant to accept the changes in stage. Despite these moments, Rommel writes that she was also meant with lighter moments that brought along lessons in acceptance in moving forward.

Julia Rommel’s work endures intrigue through its continuous push of painting’s limits. Using just basic materials and varying colors, Rommel has endless investigating left ahead of her as well as our attention grabbed.

“Candy Jail” is on view at Bureau through May 5th.

Swim in Khari Tuner’s Ocean to Discover how Body, and Water, Are One And The Same