Irena Jurek’s practice is unconfined. Jurek creates lively, textural work that spans painting, drawing, and sculpture. She often incorporates untraditional materials, such as found objects and glitter. Her creations are playful, tongue-in-cheek explorations that reference everything from pop-culture to Jurek’s own experiences. Jurek is based in Long Island City, NY. 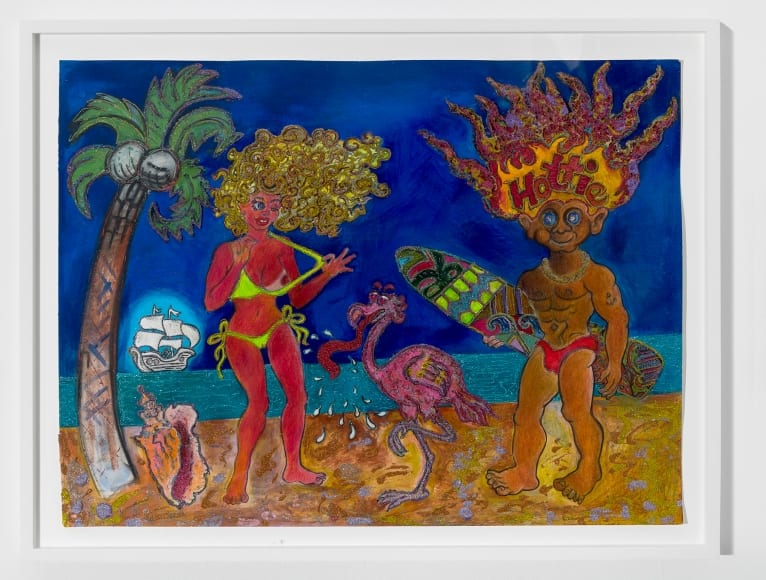 I feel very fortunate to be living in the time that I am living in, and most of my closest friendships are with other female artists. There’s an undeniable intimacy to knowing someone not only through her work, but through her private life as well. We consistently push each other to grow, to try new things in the studio, and we also have a blast roaming around the city together.

Joan Brown has particularly been a huge source of inspiration. Susanna Coffey introduced me to her work while I was only 19 and studying at SAIC. It was a completely mid bending experience to see her paintings for the first time, especially since I had been exposed to so few female voices in art before that point. Joan Brown completely changed my perspective on what painting could accomplish conceptually, and also allowed me to become more in tune with my own femininity and power as a woman. 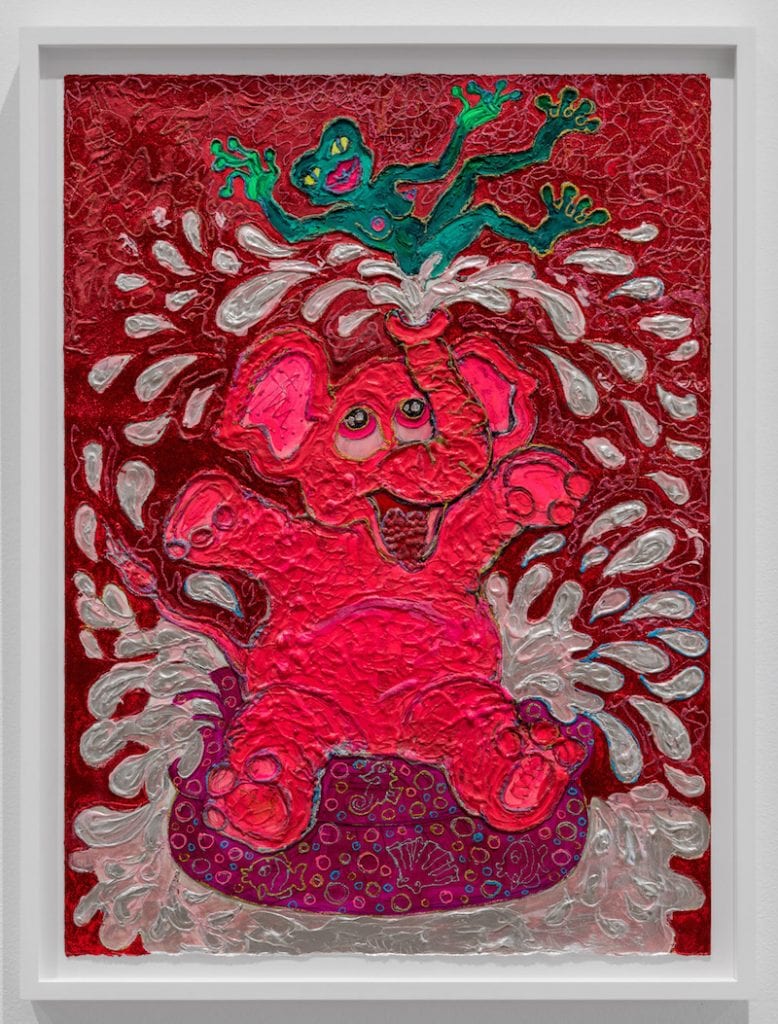 I have been extremely fortunate in that I have not experienced any underrepresentation firsthand, and that even most of the group shows I’ve participated in were fair in terms of female to male ratio.

Definitely! I have been in New York since 2008, and I’ve seen a tremendous shift in the past decade. There weren’t nearly as many solo exhibitions featuring women back then, and especially not in museums. The times are changing for the better in that regard, and I’m optimistic about what the future holds. 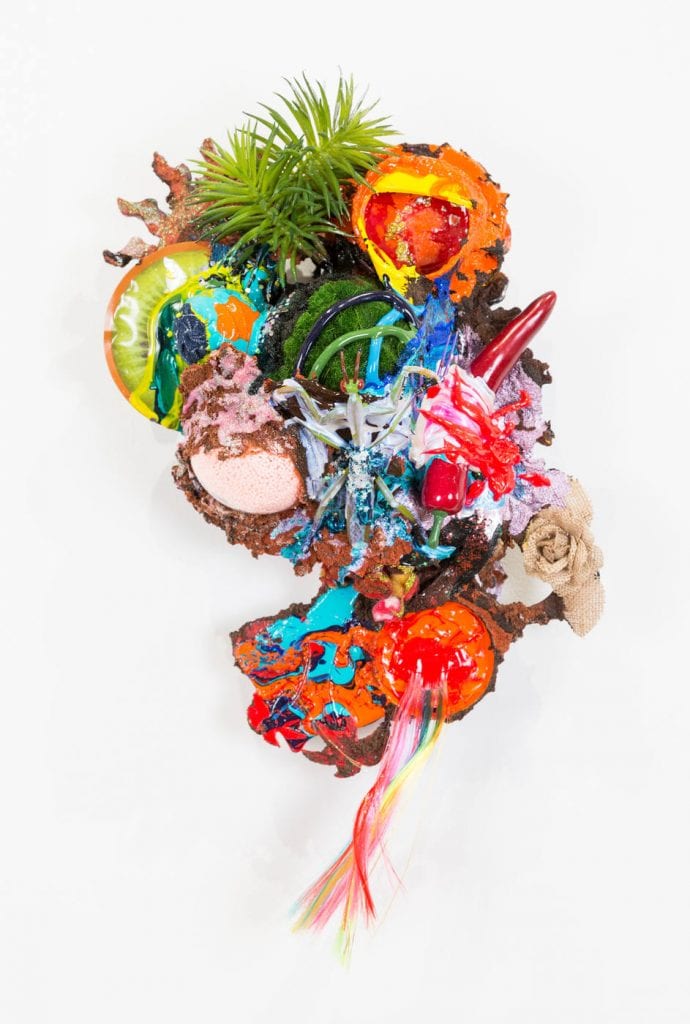 That’s a tough question. Obviously, I would like us to always be treated as equals both in and outside of the white cube. Although the times are changing for the better, they will never be perfect. Unfortunately, no matter how much society progresses, there will always be some vestige of institutionalized and socialized sexism left over.

Why do you find it important to maintain a sense of humor and playfulness in your work?

Laughter is very inclusive and cathartic. Humor has always been a way for me to connect with others. I’m a naturally playful and funny person. My parents are also both absolutely hilarious, and we’ve always bonded over off color jokes, laughing at taboos, and in general relishing in the absurdity of practically everything.

In my own work, it also becomes a useful tool to satirize and dismantle power structures. I play with clichés and people’s expectations of what gender is, what femininity means, and how we expect women to behave and exist in our world.

Is there a reoccurring theme that your work addresses?

I have multiple bodies of work, and what unifies everything together is combining elements from my own personal life, with broader references to pop culture, clichés, archetypes, and fairy tales. It’s important for me, to have the work’s meaning to be clearly and succinctly communicated to the viewer.

Your work takes on a number of mediums, from painting and drawing to sculpture and installation work. Do you have a preferred medium? Why do you choose to work in so many different ways?

I’m a restless and curious person, that has always enjoyed a good challenge, and that’s why I think I keep trying so many different things. My own proclivity is highly expressionistic, and that inclination leads me to constantly try out new materials and mediums. In addition to that, I’ve always been a thrill seeker, and a bit of a gambler, so pushing the work to its absolute limit is very exciting to me. When a piece, is close to finished, I could just leave it alone or complete it in a more predictable way. However, that would be boring and drive me completely crazy. I like risking the entire piece by doing something totally new and unexpected to it. This method has led to some breakthroughs as well as a few failures, which I’m fine with, since you really can’t have creation without destruction.

From where do the ideas for your work originate?

The ideas come from a variety of different places, and often seem to almost come out of nowhere, because I am an intuitive person. I can find inspiration from a tee shirt, a joke I hear, or even just thinking about a fairy tale or clichéd story line, and deconstructing it, and adding an unexpected twist to it. I especially enjoy taking the familiar and transforming it into something less recognizable and unpredictable.

What are you excited for this year?

I am thrilled to be throwing myself into printmaking this year. I will be working on a series of etchings with Du-Good Press in the coming months. I also want to try lithography, and make some woodcuts, too.

It’s fun to engage with a new medium, and it’s also cool to make the work more accessible to a wider audience, that wouldn’t be otherwise able to own the work.

For ‘7 Painters’ at Greene Naftali, The Commonality Is Innovation