Jackson Casady paints illustrious scenes depicting various facets of LA culture. The figures in his works are symbolic of the various dreamers that make their way to Los Angeles. Rather than solely telling the stories of the glamorous and successful, Casady sheds a light on both ends of the emotional spectrum, showing the anxiety, uneasiness, insecurities that plague everyone on their life’s journey. Alongside these feelings, Casady instills a sense of fun and silliness. He is based (where else) in Los Angeles, CA. 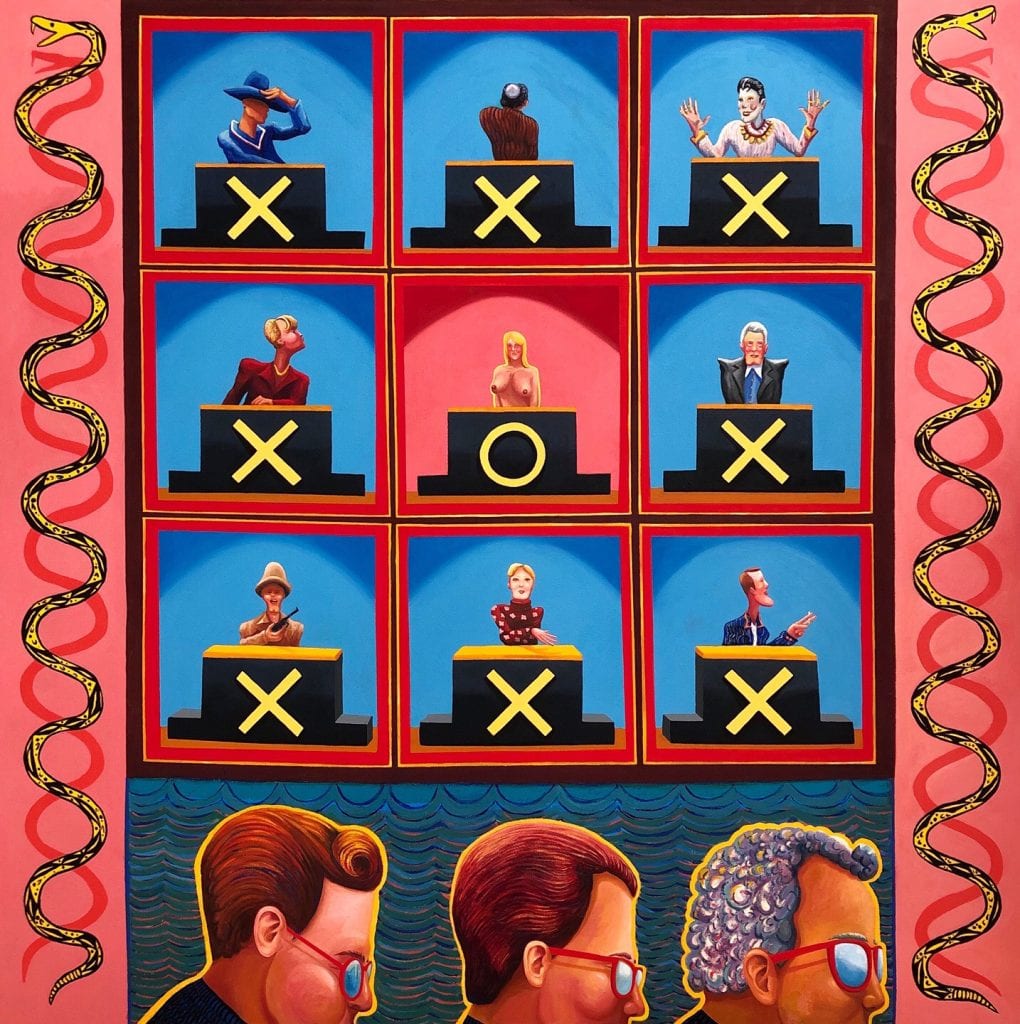 Tell us a little bit about yourself. Where are you from and when did art first enter into your life?

I grew up in Los Angeles, where I still live and work. I have two brothers, one of triplet boys, so things were competitive at home. We all played baseball, surfed and studied together until college. But I was always more interested in making things, constantly drawing, and eventually painting. My parents brought art into my life and introduced me to different painters, movies, books, and comedians, which still influence my work. Family friends were entertainers and musicians, so the arts were encouraged. Even though I felt some pressure to study business in college, I grinded to get a double major in art and have been painting seriously ever since. 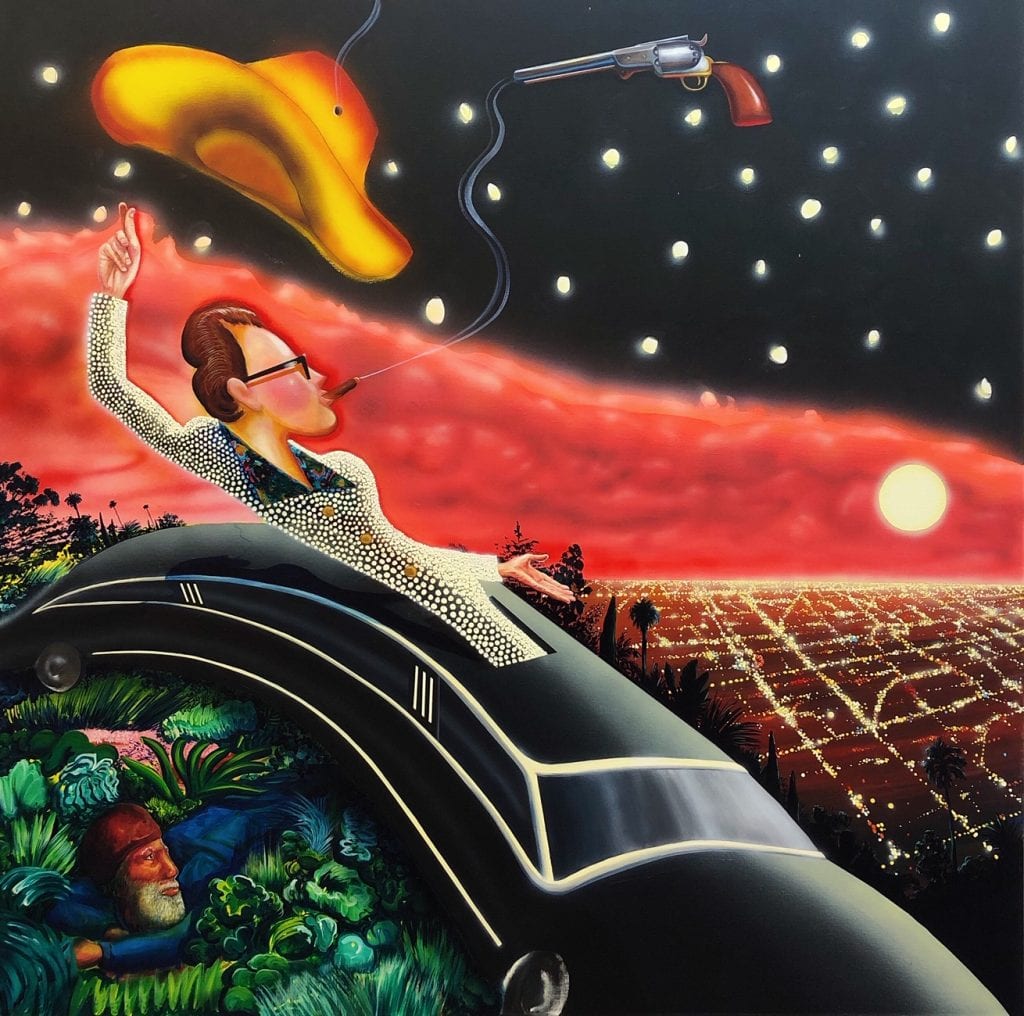 How would you describe your work in three words? 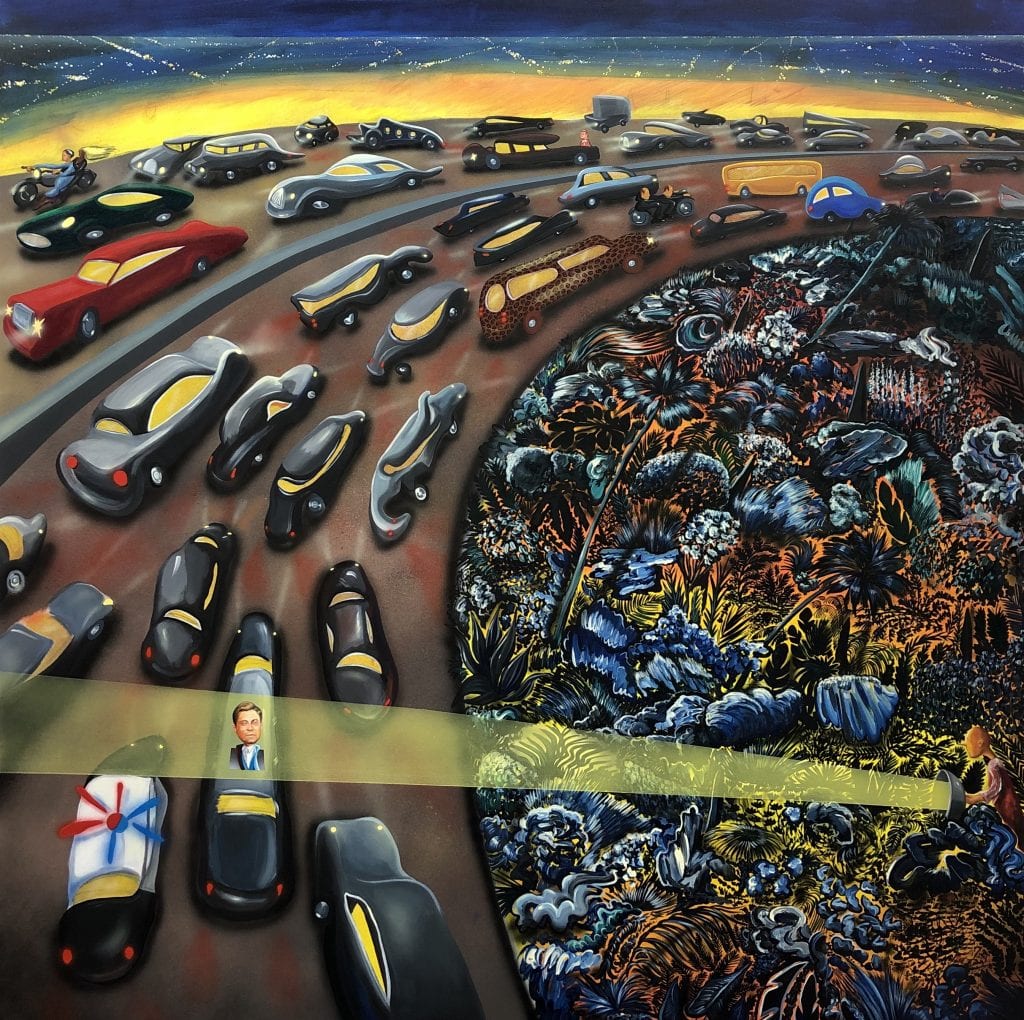 Your work presents a juxtaposition of moods – it feels glamorous and lively while at the same time somber and tense. Are these mixed emotions something you are aiming to capture?

Yeah that tension is on purpose and there’s definitely a sense of anxiety. It’s a reflection of LA culture in a nut shell. LA is full of artists, musicians, actors, directors, etc. trying to express themselves and survive. The paintings show characters with dreams that they want to keep alive. They’re performing with seemingly confident attitudes. Despite their perceived coolness, the subjects radiate a sense of doubt and insecurity about how they’ll be received or judged. They put on a big smile to mask their uneasiness. They might be loaded on drugs, booze or both, and probably just threw up. It’s a hubristic cast of individuals. They’re acting out a distorted reality and embellishing life, proving that everything that glitters isn’t gold. 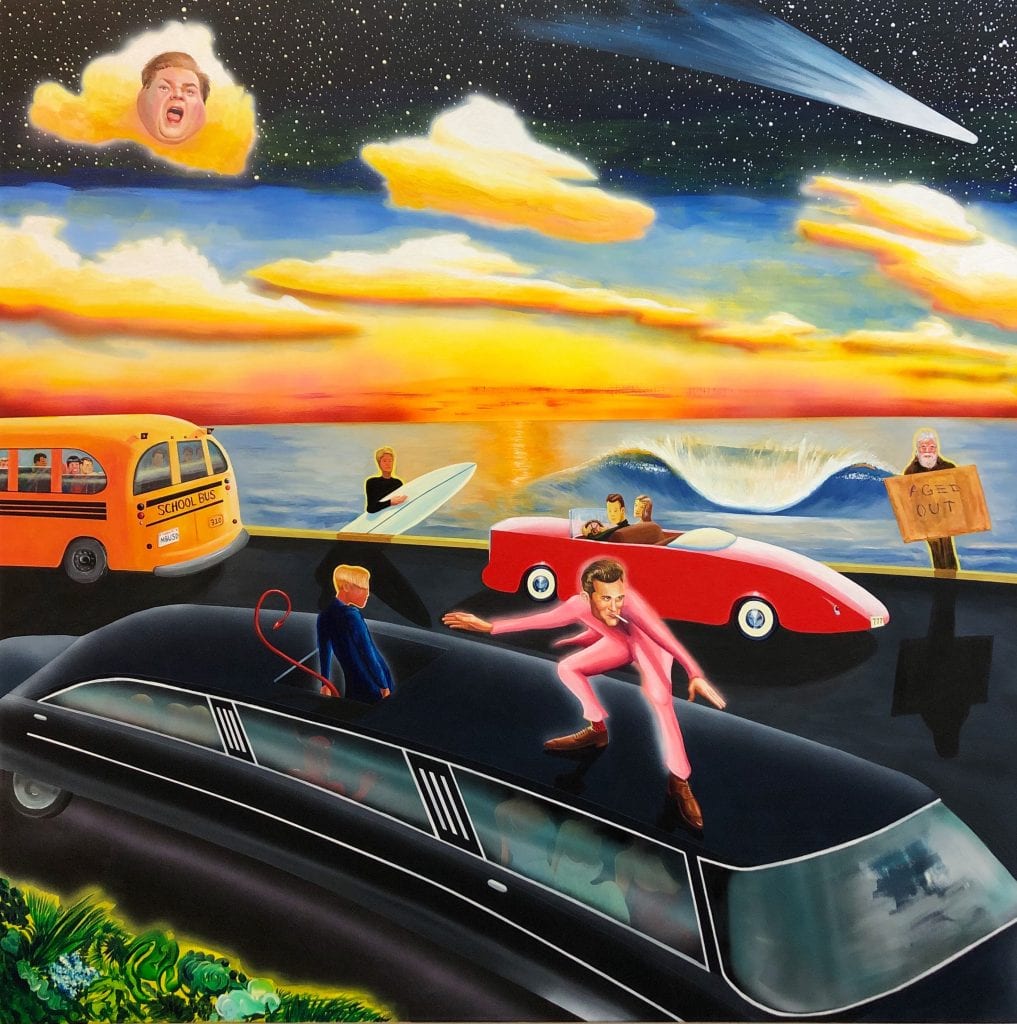 Your practice is inspired by the entertainment industry. What about this community interests you?

I like a lot things coming out of the entertainment industry, whether it’s movies, music, TV, or talk shows, there’s a ton of great stories being told. Growing up in LA, the entertainment community is also familiar and omnipresent. In college, I interned at film studios and worked as a production assistant on the Oscars and two American Film Institute tributes. When you’re working on the red carpet, it’s a totally different world. It’s fascinating and definitely absurd. 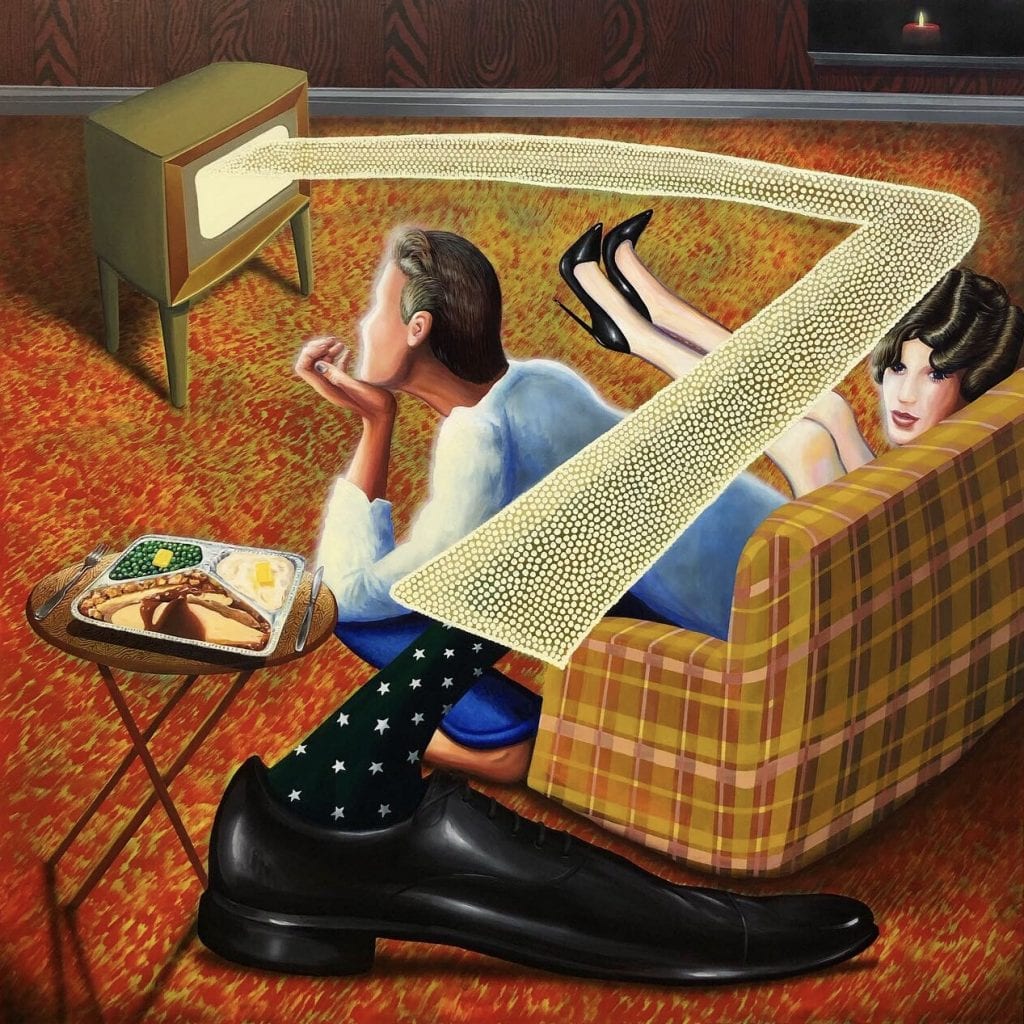 From where do the ideas for your works originate?

The ideas come from personal experiences, my imagination, and my interests, sometimes what I’m reading or watching. I like things that are cinematic and ridiculous. The unmistakable LA landscape, its warm sunsets and saturated color is often there, too. Traveling also always brings fresh ideas and perspectives. 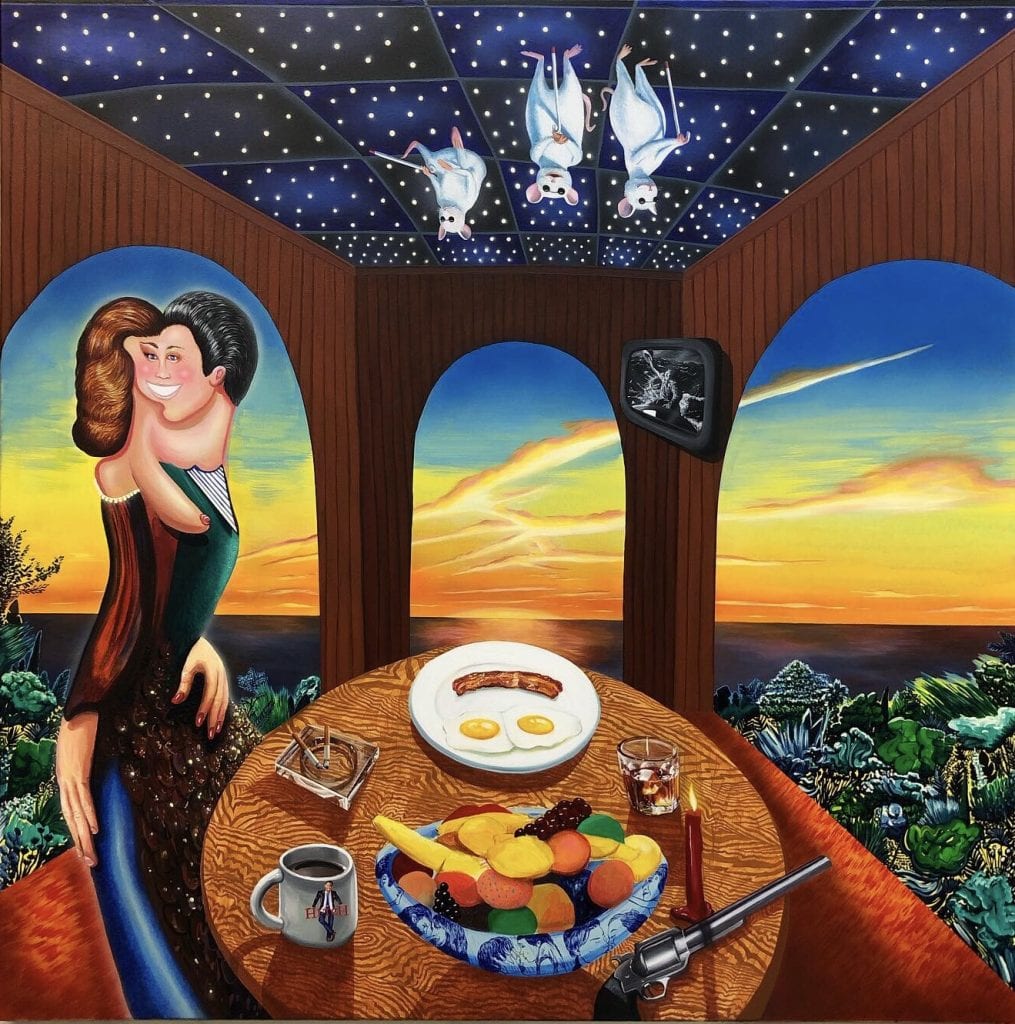 Many of your paintings present scenes that feel familiar yet feature elements of the uncanny. How do you maintain a balance of presenting something the viewer can relate to while still adding in distinct oddities?

I’m often trying to make the paintings seem dreamlike, which feel familiar yet uncanny. When the setting and subjects are recognizable, a viewer can trustingly engage until something is off. I think viewers can relate to that experience of dreaming. Especially since LA is the City of Dreams, the idea of distinguishing reality from fantasy interests me. 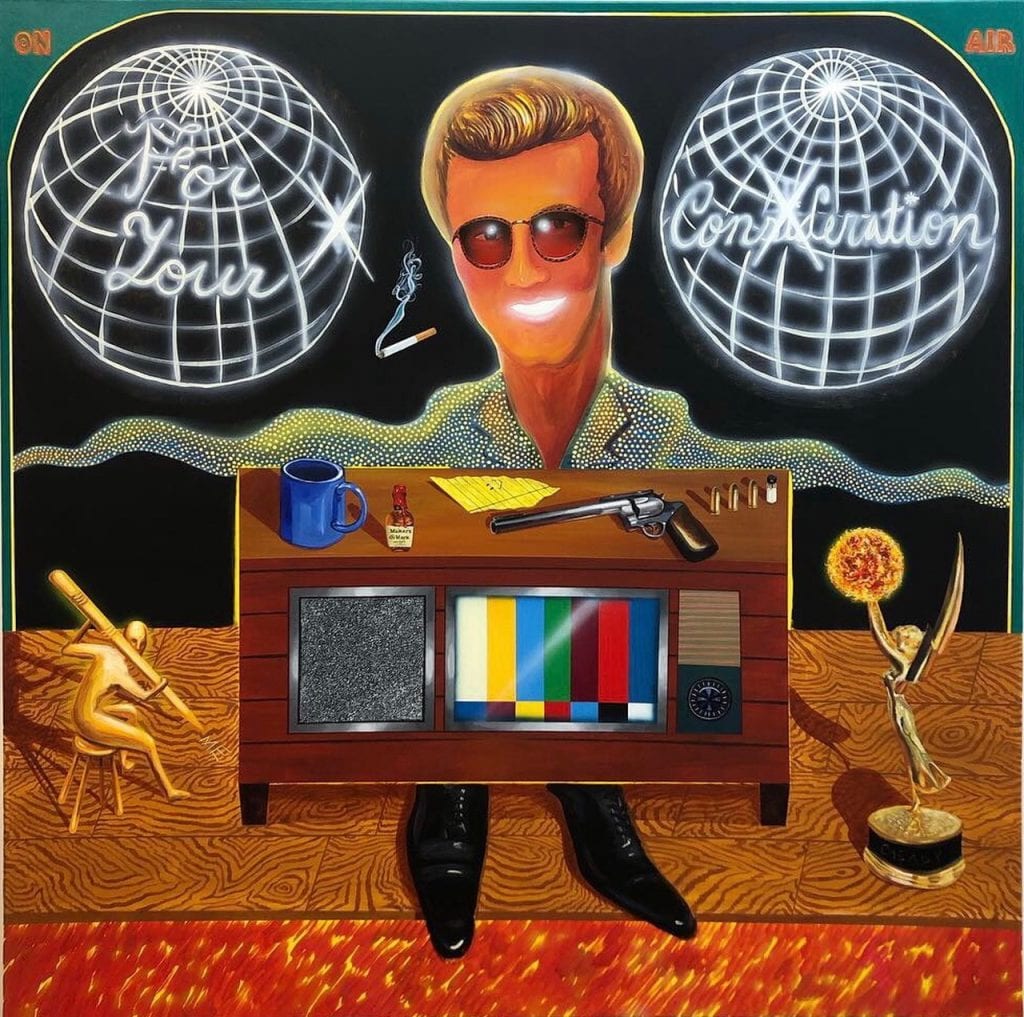 What art movements most inspire your work?

George Bellows and the Ashcan school of painters like Robert Henri and Edward Hopper first got me excited about painting. Pop-surrealists like Peter Saul and other outsider artists also interest me. The Chicago Imagists. The color of Bonnard and Matisse as well as Fauvism is always inspiring. 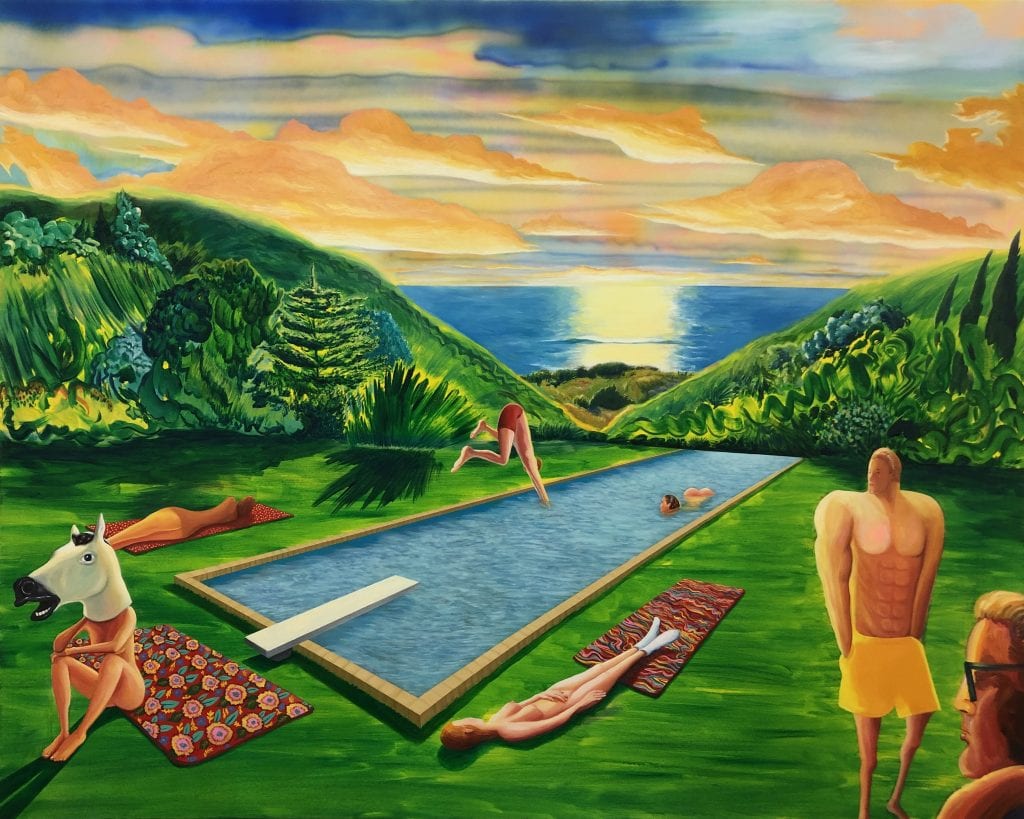 I have some work in a group show in Italy and I’ll be doing a show with Penske Projects in the near future. 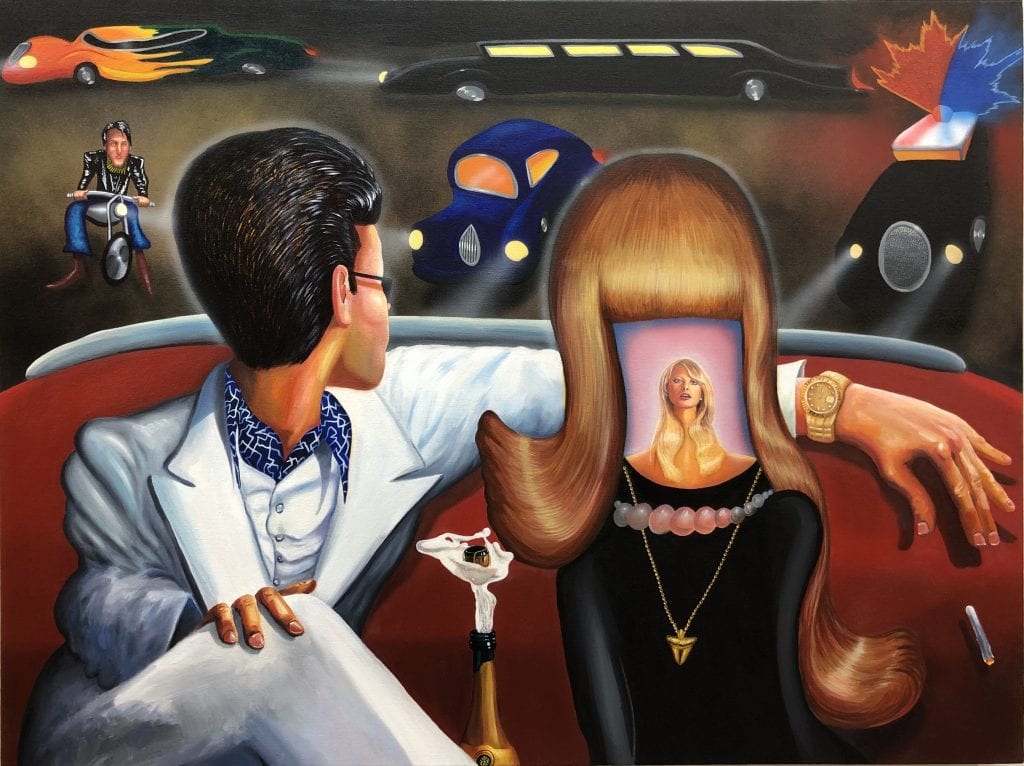