Ji Xin (b. 1988) is an artist from Nantong, Jiangsu Province, who is making a name for himself through his captivating figurative paintings. Growing up in an artistic family, Ji Xin knew he wanted to be an artist from a young age. Combining his interest in surrealism and Traditional Chinese painting, he has created his own visual language which can be seen in his work. 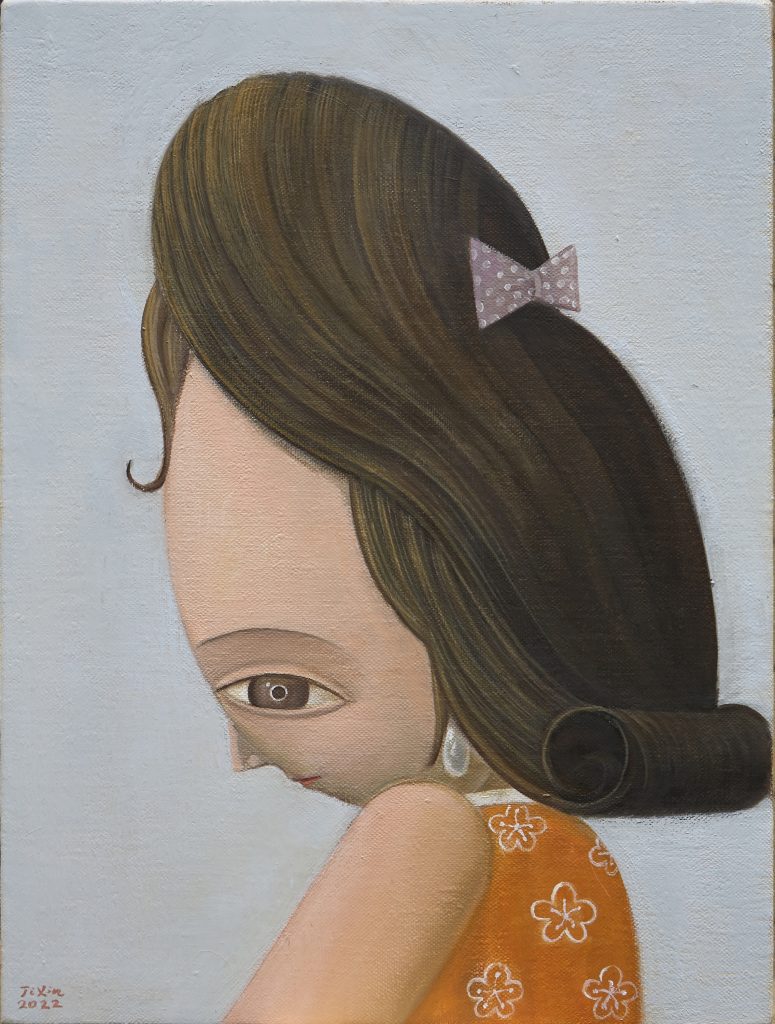 Tell us a little bit about yourself. Where are you from originally and when did art first enter your life?
I come from the south of China and I liked drawing when I was a child. There is a hill in the west of my house. I remember I drew many pictures of the hill on the wall of my house. My mother is a woodcarver，and she can draw. She taught me to draw some birds and flowers. In junior high school, I began to learn how to sketch. That’s when I began to aspire to be an artist.

Has your work always taken on the style it currently embodies?
When I just graduated from the Academy of Fine Arts, after several years of trying, I have been looking for a more suitable way of painting. When I just graduated, I was more interested in fairy tales and surrealism. At the same time, I was interested in the Traditional Chinese fine brushwork of ladies. I also wanted to combine the traditional Chinese ladies’ modeling in the portrayal of characters. 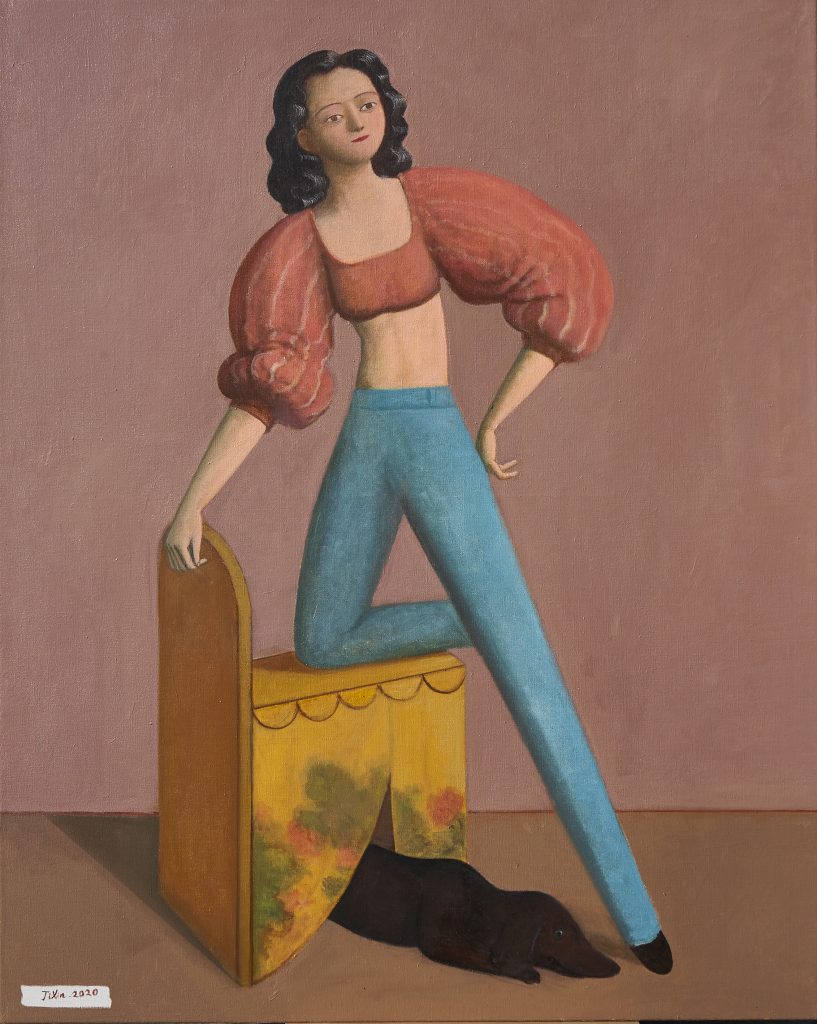 What’s next for you?
In addition to several group shows, I am also preparing for a solo project at Almine Rech in Paris which will be in January. 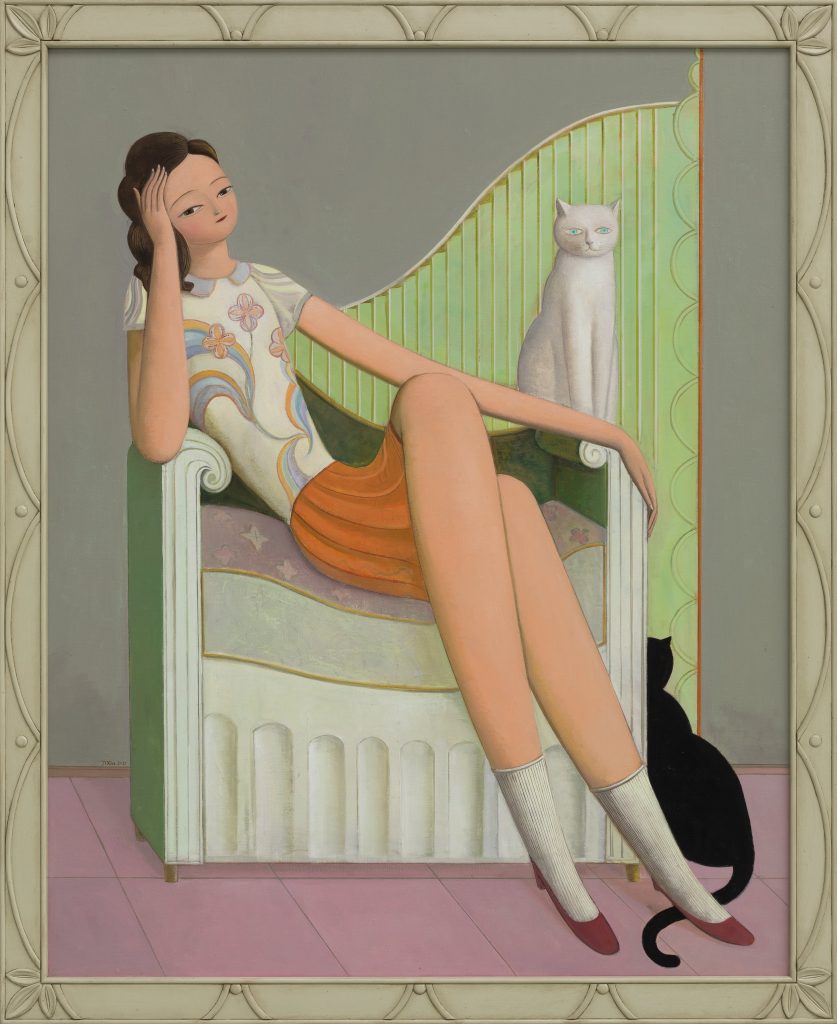 From where do you draw inspiration?
Many, some of the people and things in reality，network pictures, works of ancient masters, architecture, sculpture and so on, will give me a lot of inspiration.

Have you always painted in the style your work currently inhabits?
Well, not really, but I’ve always portrayed objects in a relatively traditional way. 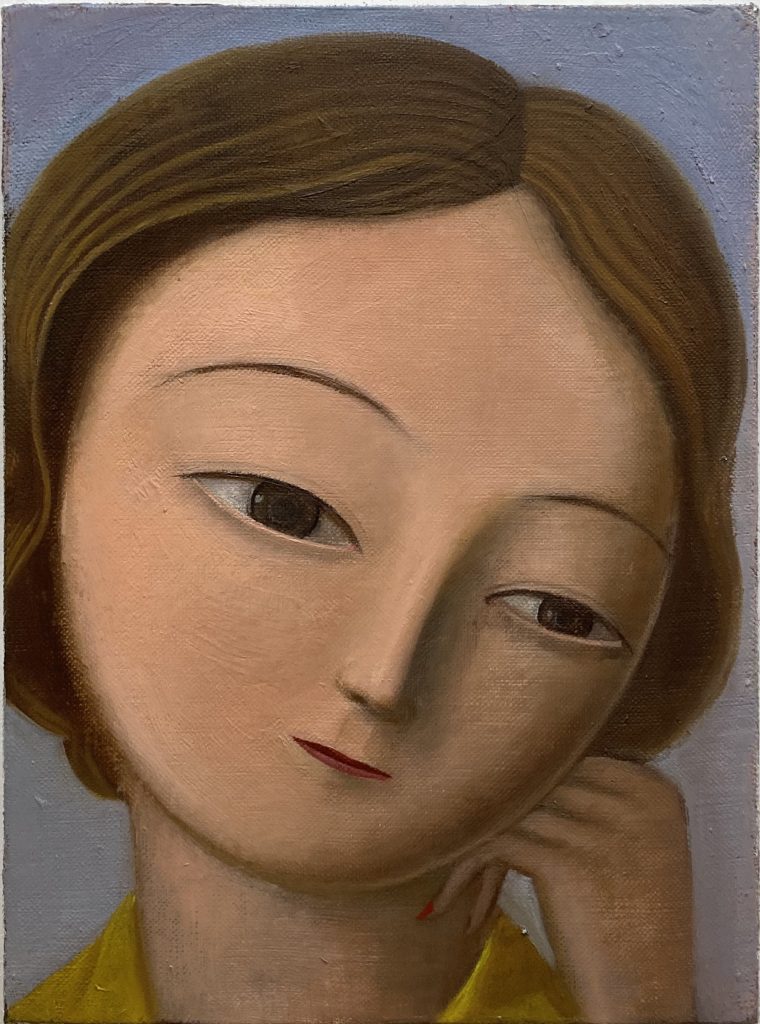 What source material do you base your work off of?
For example, some space and character modeling, or the shape of a flower, clothing patterns and so on, they may become materials. Most of the time I draw based on imagination.

Does your work reference any Art Historical movements?
When I was a student, I studied some of the early Renaissance masters, and as you can see, classicism was a big influence on me, and I read a lot of modernism, and I like Balthus, Matisse, Giacometti, Brancusi, all of them influenced me in some way，and the I was also influenced by the popularity of posters in Shanghai at the beginning of the last century，as a Chinese artist, I have to think about how to integrate my traditional painting language, and I like those Western artists who can more or less find similar things in Eastern art.

What is your process like? How do you begin a work?
I do a sketch to determine the composition of a picture. Sometimes I use watercolor and then I blow it up on the canvas and do a direct painting.

At the end of every interview, we like to ask the artist to recommend a friend whose work you love for us to interview next. Who would you suggest?
I recommend ZhangJi, also living in China, and is a very interesting artist.