Jonathan Gardner’s narrative-filled paintings distinctly stand out from the current surge of figurative painting. Though Gardner’s figures certainly hold a focal point on each of his works, the overall scenes that he carefully constructs leave many details to be acknowledged. 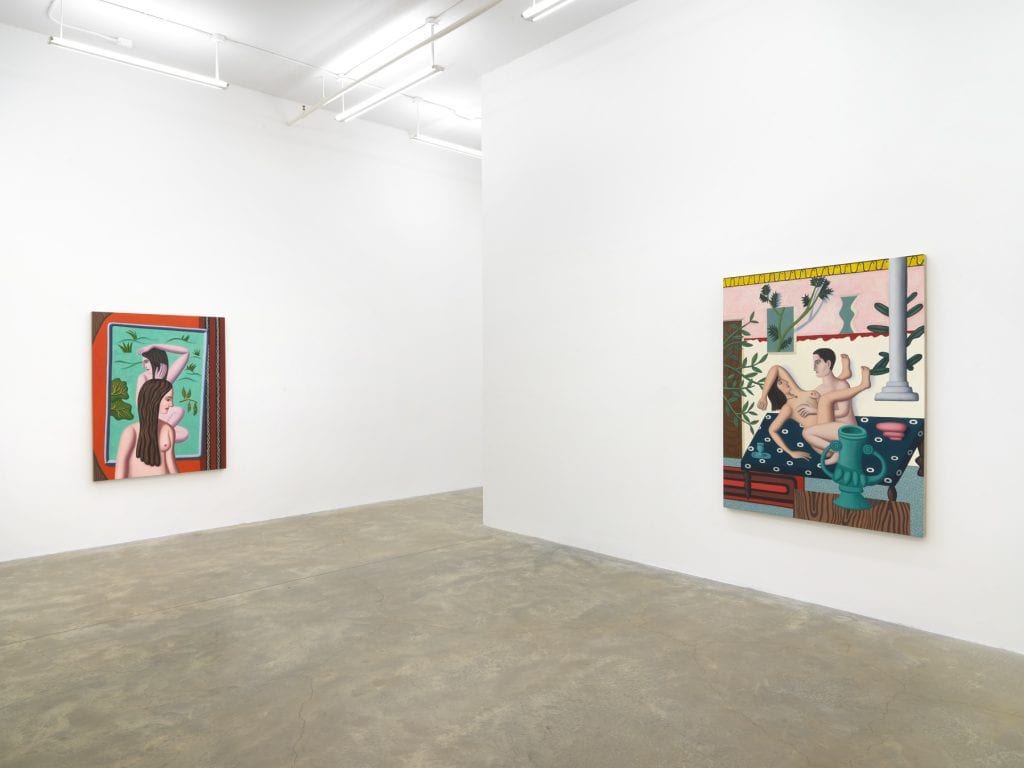 In “Desert Wind” Gardner’s second exhibition at Casey Kaplan, the artist takes everyday scenes and awards them an extravagant and often strange representation. Each canvas seems to tell multiple stories on the same surface, though none seem to reach a definitive conclusion. 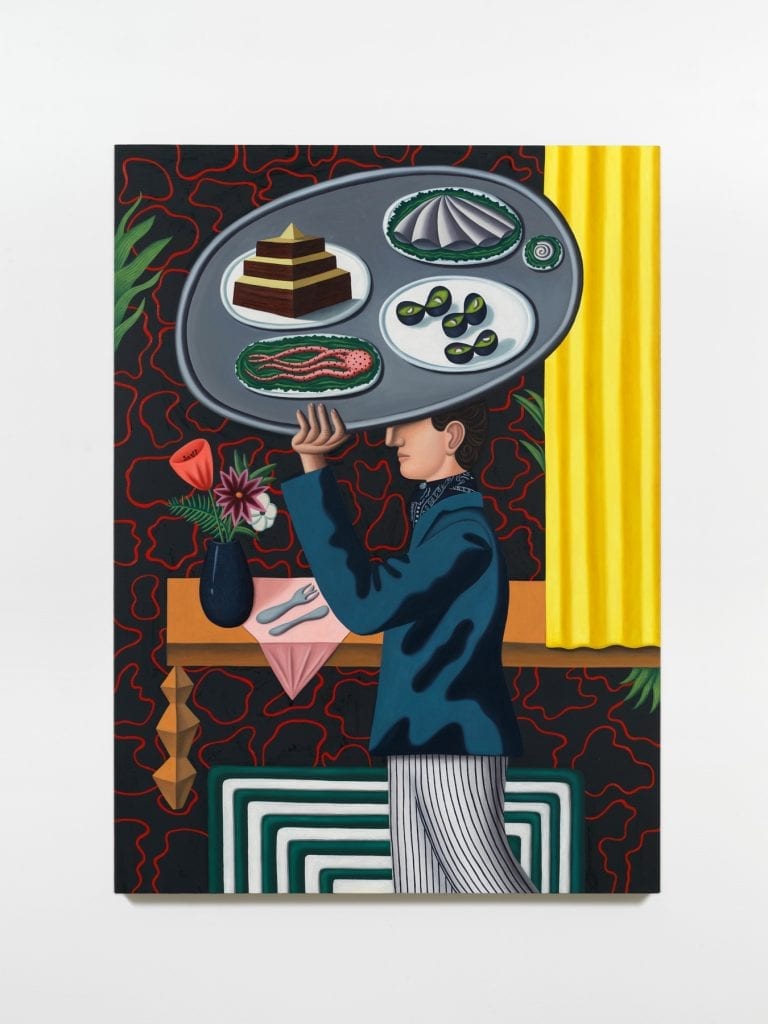 Gardner leaves no brushstroke left unrefined. His attention to detail is pristine, even on the largest canvases, where crisp angles and highly composed lines create a synthesized environment. Symbolically, he incorporates elements of the natural world, often in an unnatural presentation. Scraps of food, randomly emerging flora and fauna, oddly placed shells, animals, and oddly configured hair styles are carefully crafted and placed. 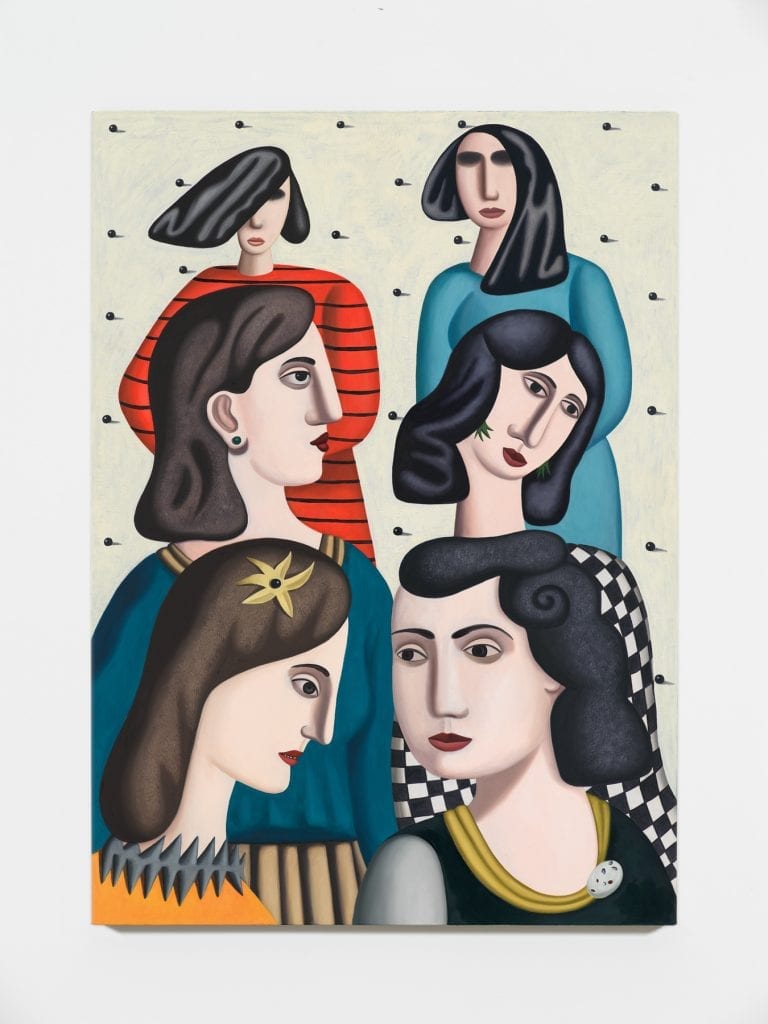 There is an inherent eroticism present in each of the works that teeters far away from feeling sexual. Gardner’s sexuality is more matter-of-fact than conspicuous. His figures read as placeholders or diagrams for actual human behavior.

Stylistically, Gardner tackles multiple techniques ina coherent fusion. Though traces of Cubism and the Chicago Imagists are present, Gardner transcends his predecessors with a modern flair, inviting his own made up worlds and plotlines into the canon of Art History. The paintings’ flatness does not detract from their liveliness, which is fed in an array of prime-colored hues and intricate patterns. 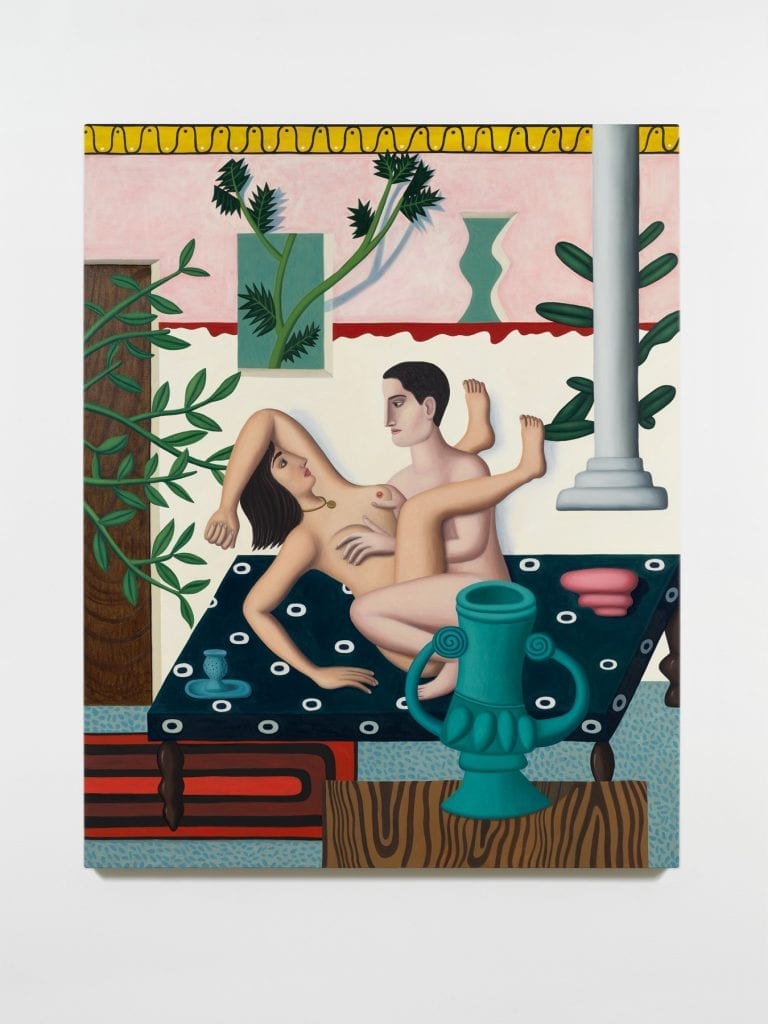 It is in the cliff-hanger, open-ended interpretations of Gardner’s scenes that the audience becomes enthralled. Each work seems to have a ‘to be continued’ line inherently written into its fibers. In the case of Jonathan Gardner’s mesmerizing tableaus, we hope for this continuation.

“Desert Wind” will be on view at Casey Kaplan through April 20th.