We have eagerly been following along with Julie Curtiss’s rise, keeping our eyes on her work wherever it has popped up over the last few years. In Wildlife, the artist’s first exhibition at her newly appointed New York-based gallery, Anton Kern, we are graced with a new body of work that leaves our palettes delectably satisfied. 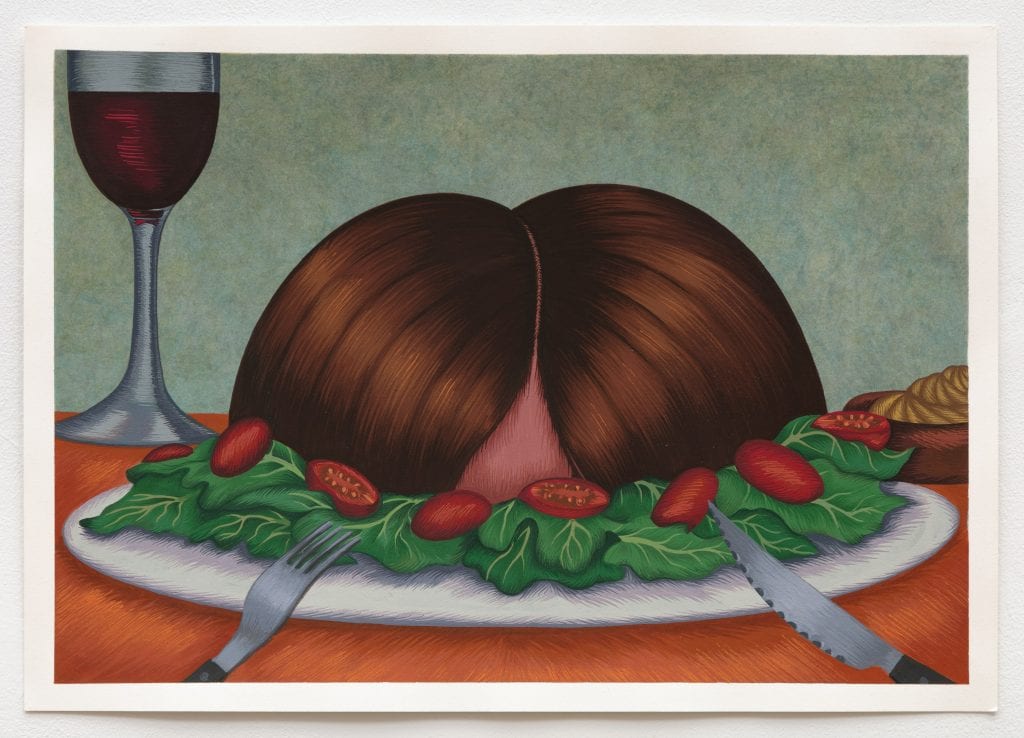 Curtiss has come to master a style of painting that fuses historical movements and results in a style that is utterly her own. Curtiss’ works present peculiar scenes where oddities become commonplace. Taking note from Surrealism and the Chicago Imagists movement, she devises contemporary scenarios that arise from both her Parisian upbringing and current life in New York. 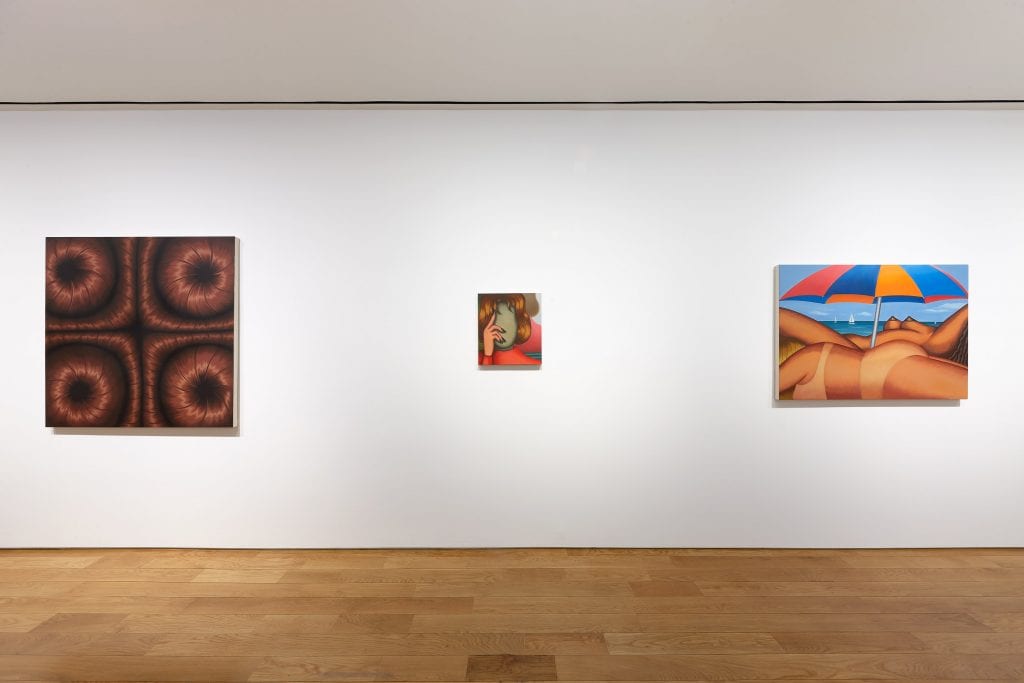 In Curtiss’ compositions, aspects of nature mix with the artificial, desire mixes with consumerism. Curtiss purposefully zooms in on certain details, omitting parts of the image to keep the narrative somewhat ambiguous. She merges quirkiness and humor with creepy, bodily, and often dark scenes, mixing lighthearted emotion with uncanny confusion. 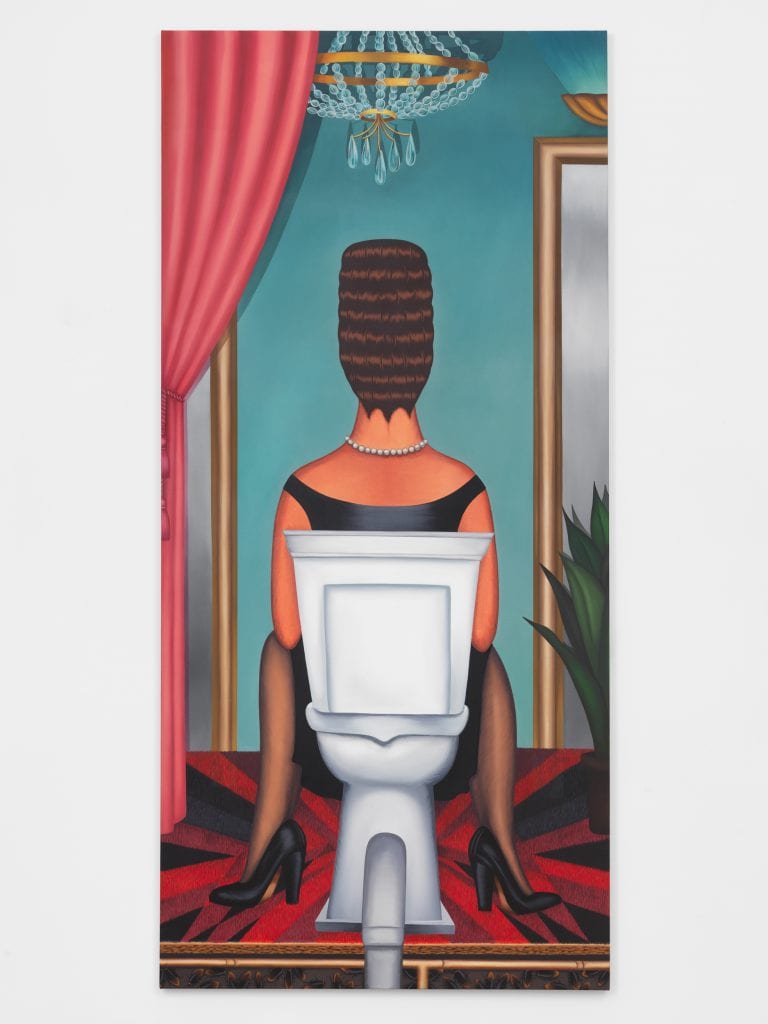 An ongoing exploration Curtiss’ work engages with is the female identity and how it is affected by both nature and culture. Archetypes of a domestic woman are shown alongside of animalistic and organic symbolism. In “L’entre-acte”, the largest painting Curtiss has created to date, a woman with elegant garb, coifed hair, and pearl necklace sits with her back turned to us on a toilet. The assumed vulgarity doesn’t end inside the bathroom as Curtiss cunningly adds in a mob of roaches swarming under the floorboards of this resplendent existence. 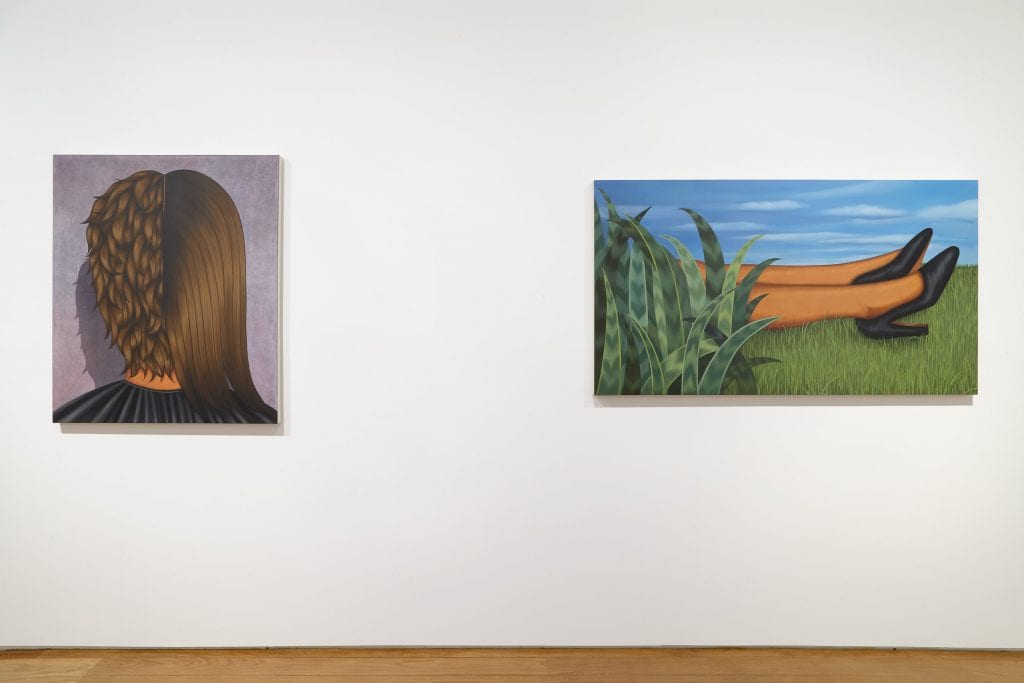 Julie Curtiss brilliantly composes indecipherable puzzles that each viewer solves in their own way. Merging classic and contemporary traits onto her canvases, Curtiss exists as a 21st century Surrealist. Though only 1/3 of Anton Kern’s gallery is filled with Curtiss’ work, Wildlife is delivered with enough gusto to hold its own and leave us wanting more. 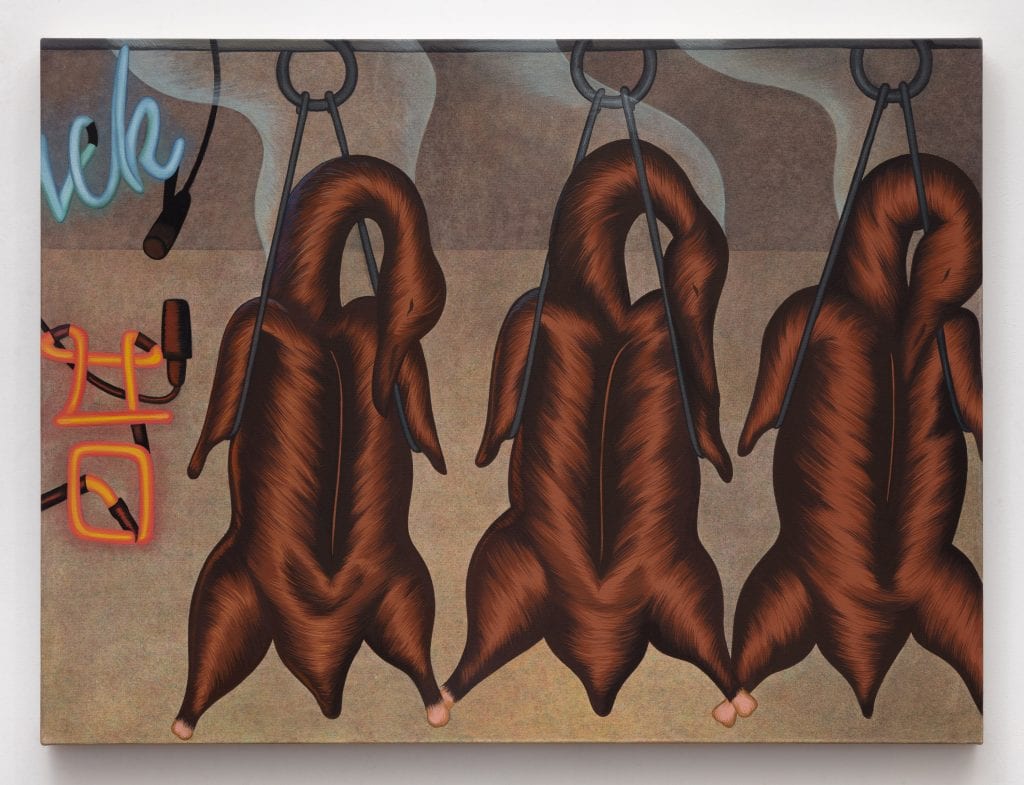 Wildlife will be on view at Anton Kern Gallery through June 15th.