Koichi Sato’s intricate portraits embody their own style constructed from patches of vibrant colors and emotions. Initially dabbling in film and later digital design and illustration, Sato has come to incorporate different aspects of his endless creativity into his painting. “I still feel like I don’t know the difference between art and illustration yet,” he comments below, and that statement perfectly encompasses his expressive mentality.  Rather than try to differentiate all he has learned into their traditional artistic genres, he melds them together. Taking inspiration from old magazines, newspapers and the likes, Sato’s eye wanders toward not only the people among the pages, but their underlying character. His works, with his tendency to use bright primary colors, evoke positivity and happiness, coming perfectly at a time when that seems to be exactly what we all need.

Photography by Sasha Bogojev, courtesy of the artist.

I am originally from Tokyo, Japan. I came here to study film, and watched a variety of movies and dreamt to become a film director like Jim Jarmusch and Leos Carax. Once I attended a production course, I noticed that I could not work well with others, though. I focused on being a digital designer while working on illustration and drawing instead. I then realized I wanted to become a fashion illustrator, but my style was not accepted by the industry… So, I failed to become a fashion illustrator, but I still enjoyed drawing and did that on the side. This was my beginning to art. I didn’t know what art or illustration was at the time and I still feel like I don’t know the difference between art and illustration yet. 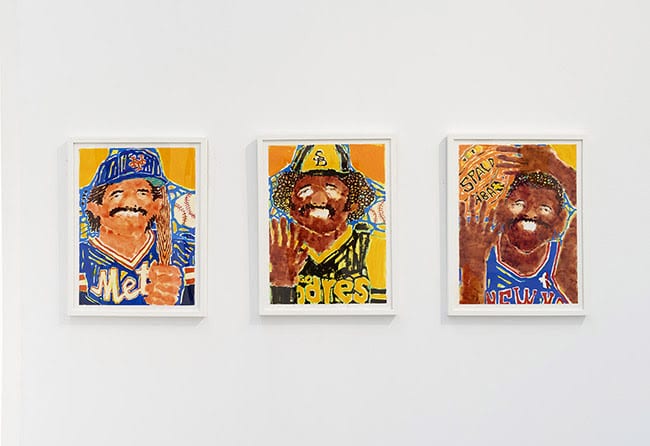 How do you organize your canvas and what is your process like in the studio?

I hate to stretch canvas, but I heard you can put your soul into canvas when you stretch it yourself, so I do it myself…. I like to look at old magazines, newspapers and photo books. I always look for people I am really interested in (not only face but also character). So I am inspired by people and photos, then I will collage in my head. (Sometimes not collage, and I just paint people). 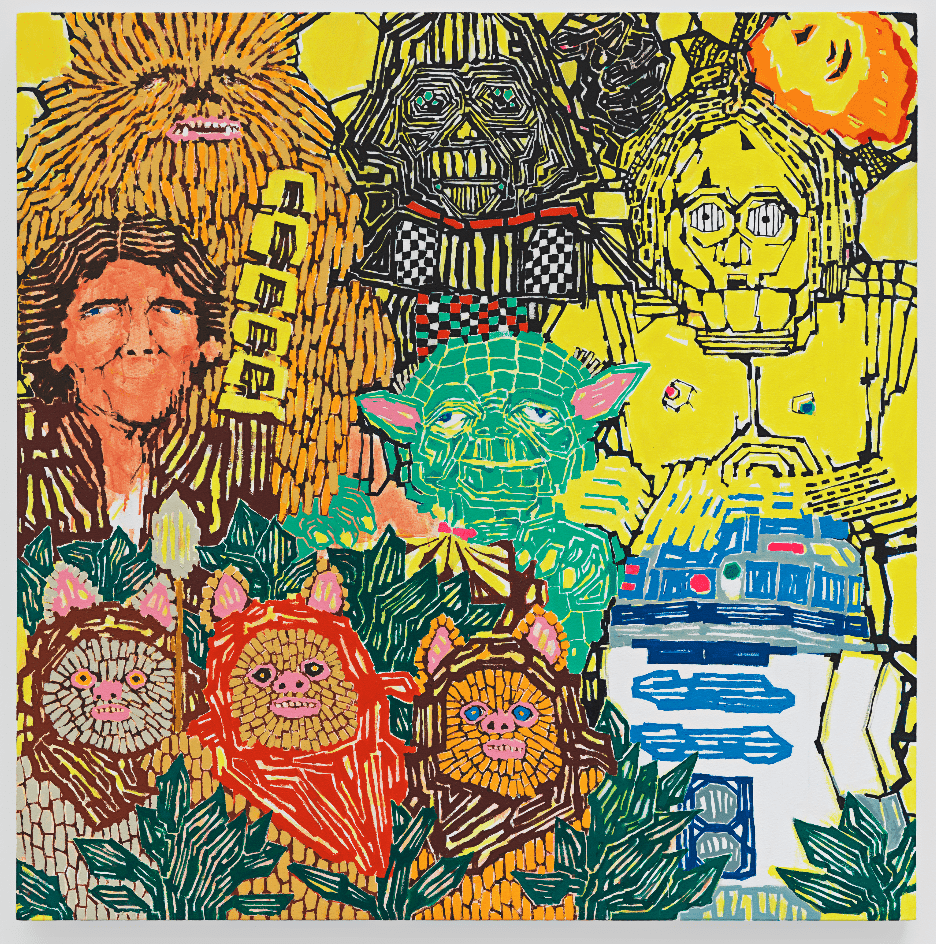 In describing your style, what might you tell someone?

Everyone mentions and asks if my style is mosaic or puzzles. I don’t have any intentions of how I paint – I would  just remove what I do not like, and leave what I do like, and continue the process onwards.

Has this style changed over the course of your artistic career, how so?

I used to focus primarily on people, but I have gradually incorporated plants, objects or groups. I would add one element to my painting, and would continue to expand on the next painting. 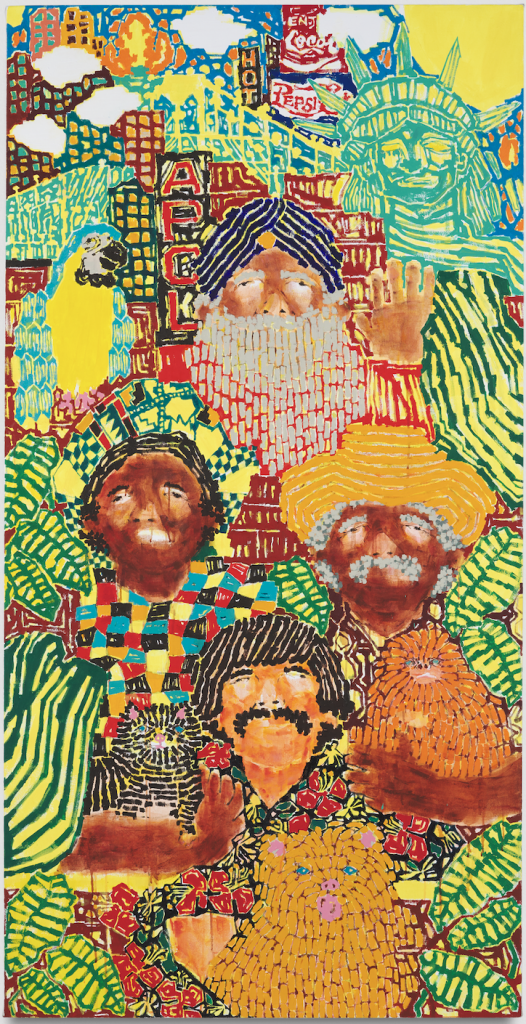 What truly inspires you?

As I mentioned above I am inspired by people, from actual to old photos, magazines, cartoon, TV, music, music videos, and the likes. I don’t think I’m inspired by other paintings much.

What material do you use?

I used acrylic and flash (water-base) on Canvas, but I use oil paint occasionally. 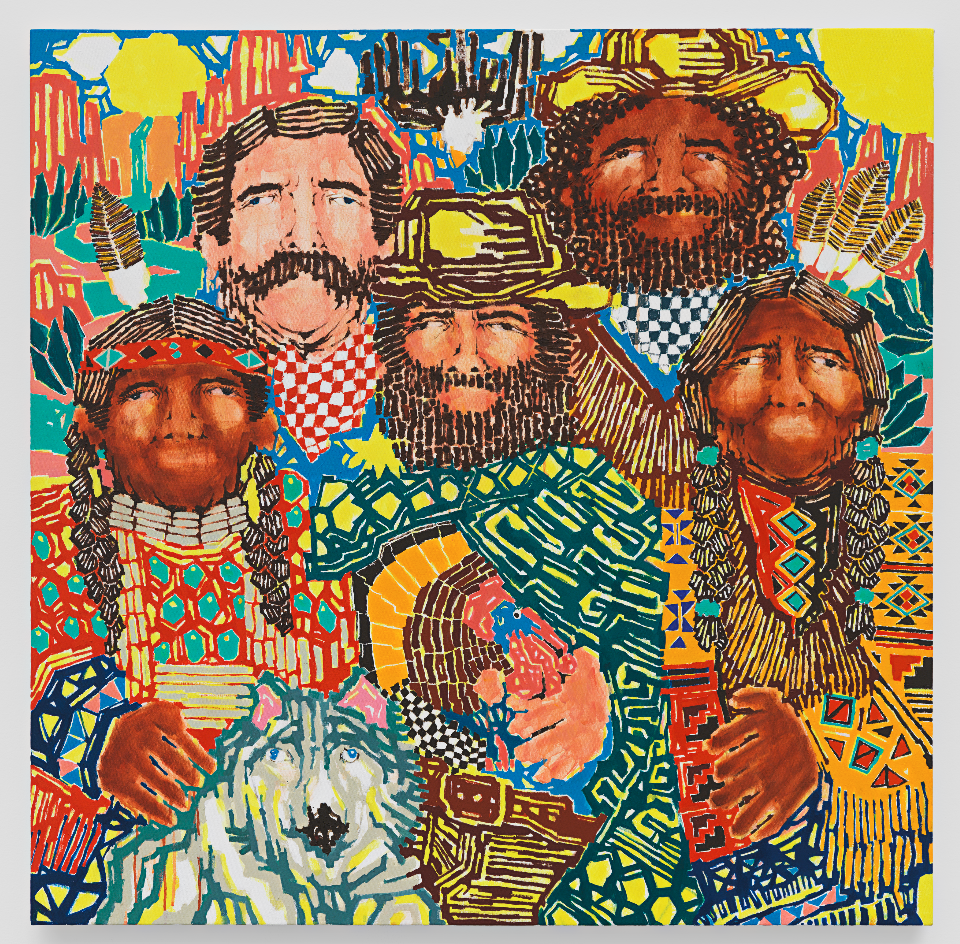 How did you come to show your work recently at WOAW Boutique on Hong Kong and how did it affect you?

My recent pop-up exhibition at WOAW Boutique in Hong Kong was great, and Kevin Poon, the young entrepreneur who helped curate the show invited so many people to come.  I was very surprised.  I joined their dinner and met him in New York through Todd Kramer. He knew Tomoo Gokita who was my mentor, so we started talking about that, which led to us working together on the show. He treated me as real artist in a way I haven’t been before. I had no confidence, but I started to have a bit more confidence to be an artist after that. 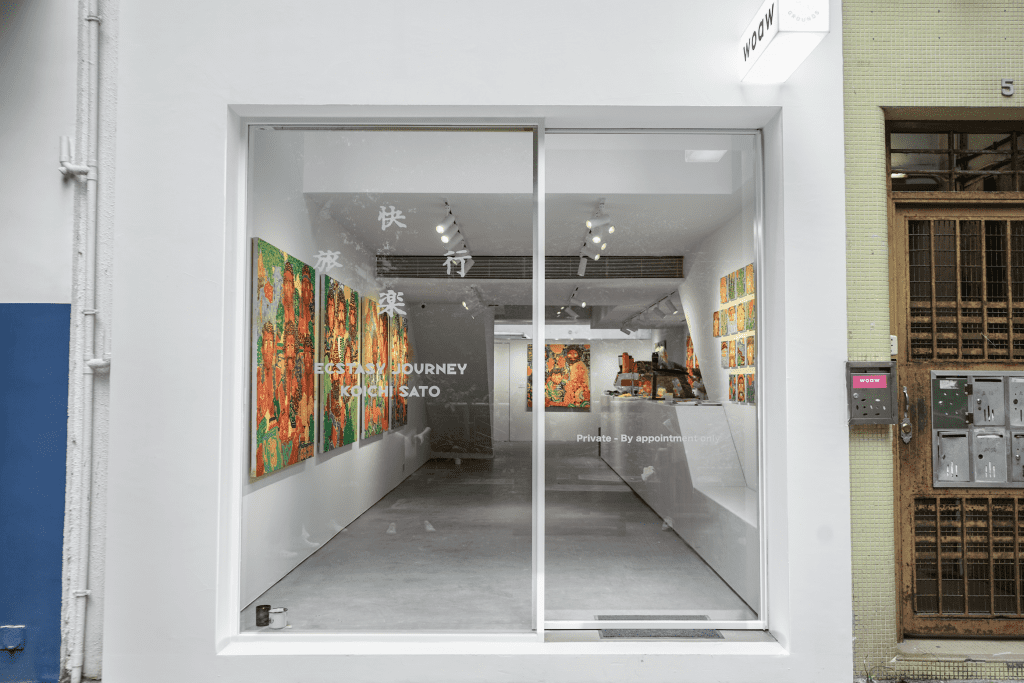 Koichi Sato at WOAW Boutique in Hong Kong. Courtesy of the artist.

Does your work reference any Art Historical movements or individuals?

I don’t think my work references any Art Historical movements per se. There are many artists that came out recently who are not traditional artists- I think they paved the way for someone like myself, who isn’t formally trained in Fine Art. I do not want to categorize, though. 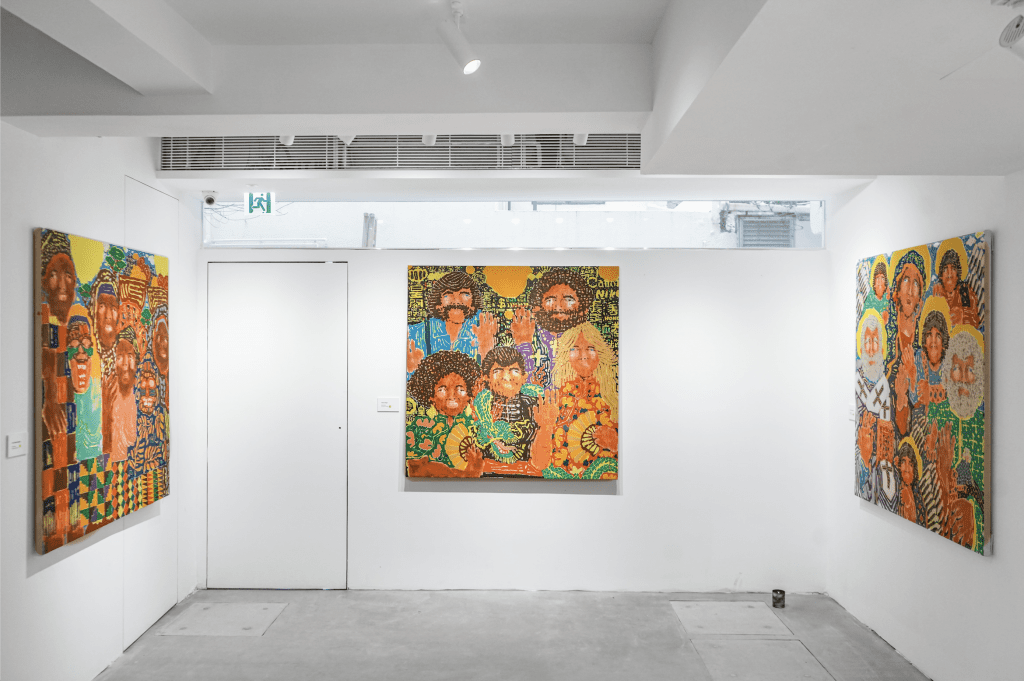 Koichi Sato at WOAW Boutique in Hong Kong. Courtesy of the artist.

Where do you think we will be after all the craziness in the world subsides?

That is a tough question. People may be scared to be in crowds these days. I think there will be more online exhibitions, but I’m an old-school person who likes to hang out in dive bars and such, so it’s a conflicting feeling. 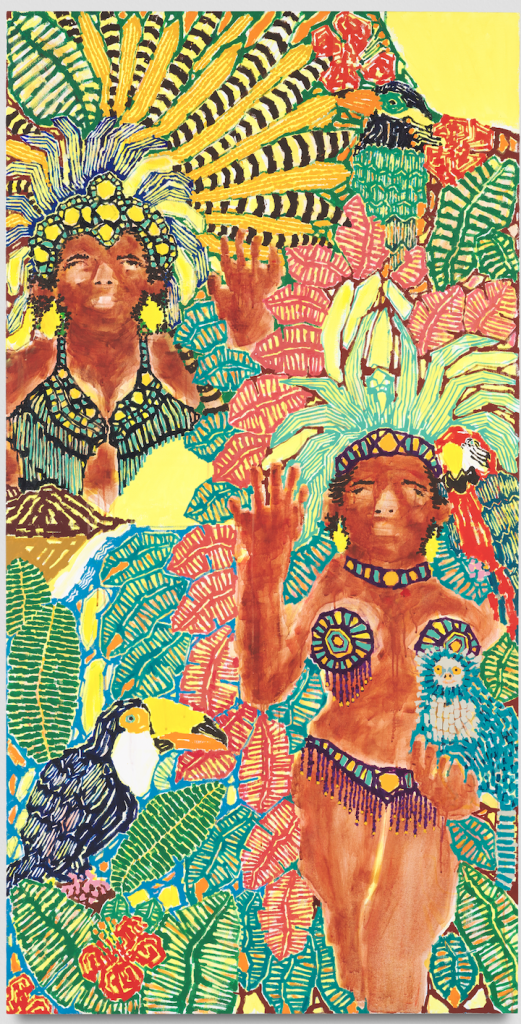 At the end of every interview, we like to ask the artist to recommend a friend or friends whose work you love for us to interview next. Who would you suggest?

Mason Tarrelli – I really like his minimal style which is opposite of mine. In his work, less is more and it makes me feel depth.