Lauren Taylor’s body of work is distinctly her own. She memorializes moments through clothing sculptures, in which naturally lifeless clothes laying on the ground take form and become something much more meaningful. After studying at the Art Institute of Chicago, Lauren continued to work and show in Chicago. She recently made the move to New York and now calls Brooklyn home. 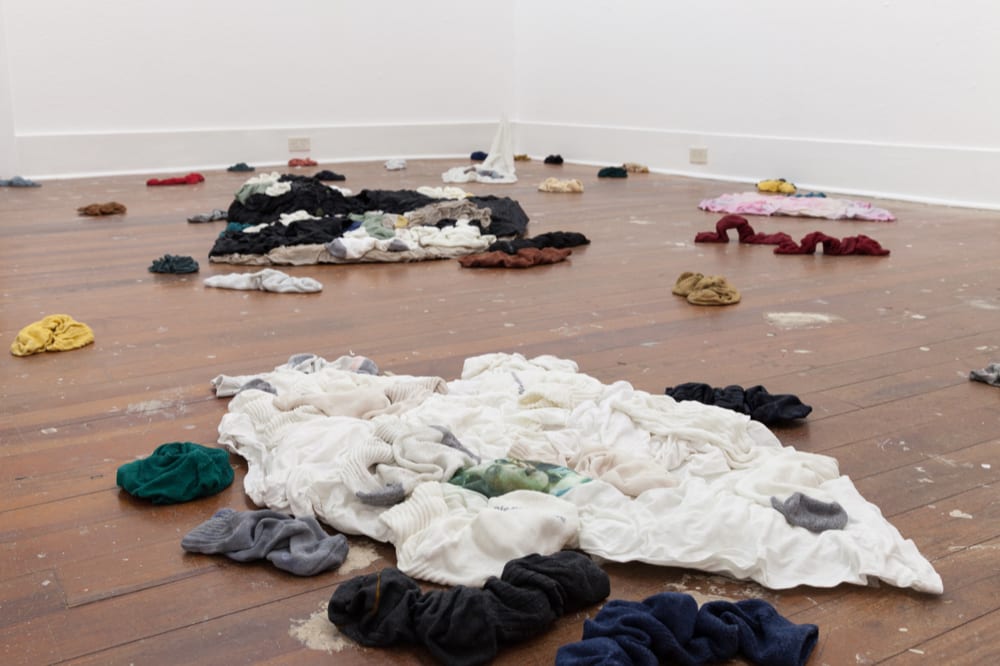 Even though I only moved to NYC a few months ago, I have already begun working with some extraordinarily individuals. I think it’s important to surround yourself with people who are as motivated and ambitious as you. It’s equally important to be inclusive, giving others a chance to speak, and to listen. To give and receive constructive criticism, even if it is an unpopular or uncomfortable conversation. Working together within and outside of the community is also key. 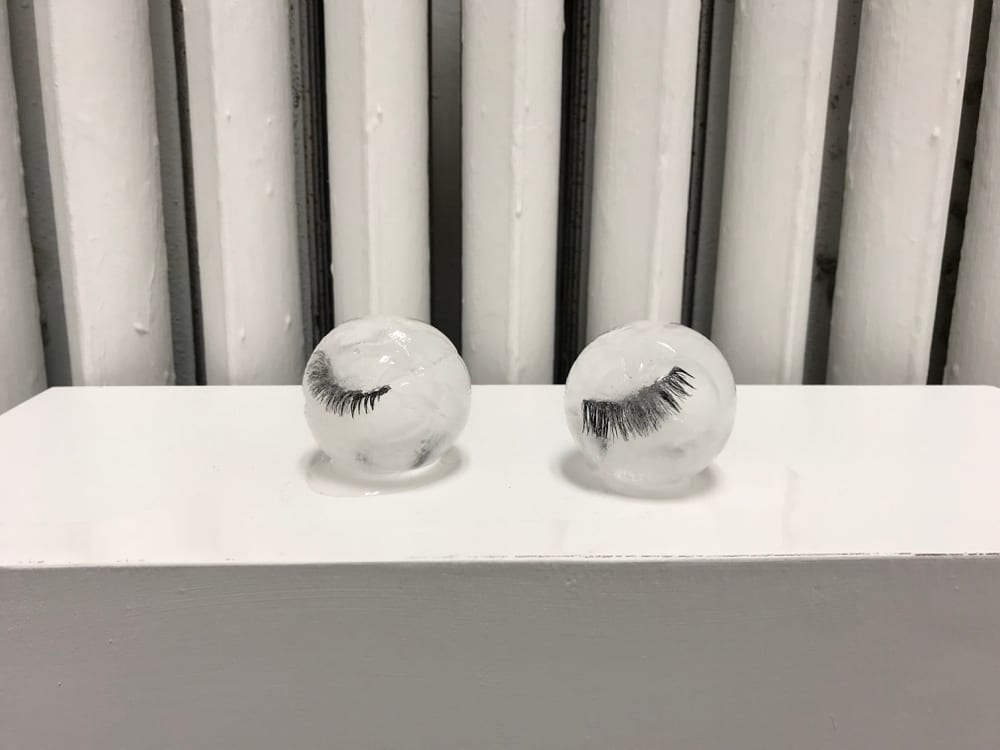 Of course, all the time. I cannot recall a specific moment because it has become a routine part of my experience as a [female] artist. However, I feel like it’s important to note that as a white cisgendered woman I have probably had more opportunities to be represented than a trans/queer woman of color.

To an extent, yes. I think those in positions of power are held more accountable than they were a few years ago. If a gallery’s programming lacks diversity, people are vocal about it.

More public/private funding and financial investment in their work, projects, galleries, curatorial/studio practices, education etc. Exhibitions and opportunities for public exposure are great, but these forms of free labor are unsustainable for artist, in which case having day job(s) is vital.

Your work sort of straddles the lines between sculpture and painting. Can you explain how both practices enter your work and how you see the two working together?

I go back and forth between the two. Some mediums translate concepts better than others, which is why I like to keep my material options open. But they both inform one another, and often present similar themes. Making sculptural work satisfies the craving to work with my hands and has this dominating factor to it. I have control over the pieces final structure (most of the time). I feel more at the mercy of drawing and painting. After making several, it becomes a process of narrowing down which ones are the strongest.

How did you think up your clothing sculptures? Can you describe them visually for those who might not be familiar?

I began making this body of work my last year in school. It was a tough year, a lot of unexpected deaths and heart break. I kept coming back to clothing– how it stands in for the body, and its emotional properties once the person is no longer wearing it. I was also drawing a lot of visual material from old cartoons. There was one clip in particular that stuck with me. Pepe Le Pew is in disguise attempting to catch Penelope. Before he can grab her, she runs away. For a few seconds his disguise floats in the air as he chases after her. 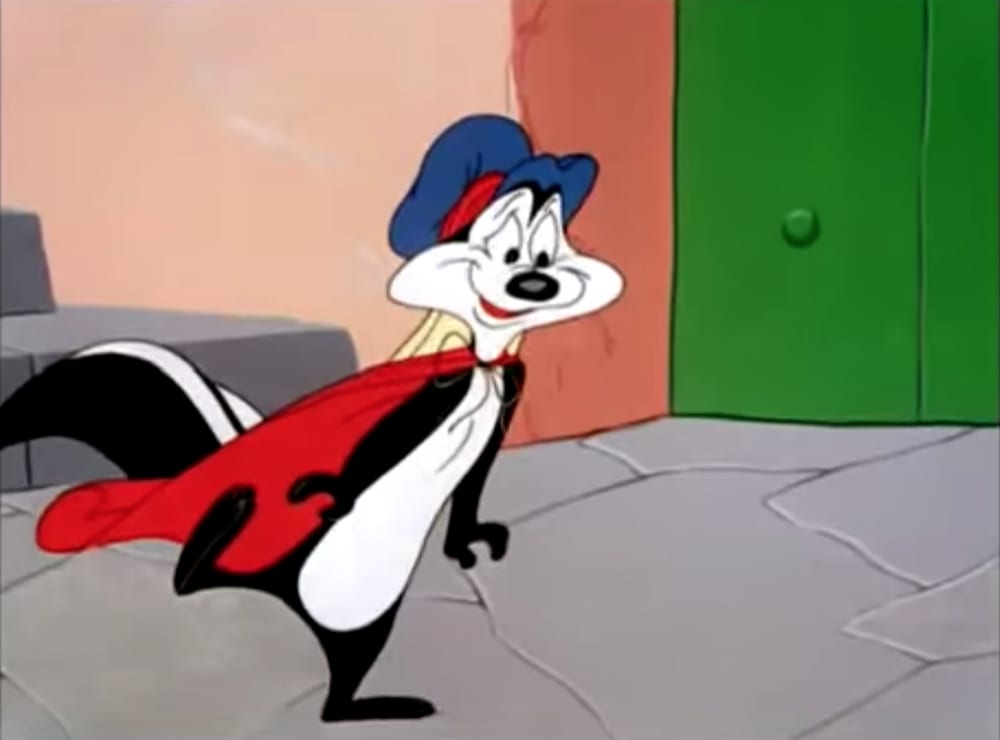 The sculptures vary in size and material – A pairs of dirty socks, a T-shirt, old studio rags, a pile of assorted clothes, etc. When the adhesive cures, they have a heavy and wet look to them. Sometimes the clothing takes on a more cartoonish quality similar to Pepe’s floating clothes, or simply look like laundry scattered around the floor. In some cases, I don’t use clothing at all. Dog leashes, frozen false eyelash, kitchen knives, blue painters tape – anything is fair game.

You recently moved from Chicago to New York. How are the art scenes different and what was the impetus for this move?

One of the more noticeable differences is Chicago’s apartment gallery scene. A lot of artists are starting curatorial projects in their closets, living rooms, basements, garages, studios, etc. Commercial galleries in Chicago rarely show work by younger emerging artist. As a result, more non-traditional exhibition spaces are popping up. It’s a case in which the people are pushing the city rather than the city pushing the people.

I knew that if I ever left Chicago it would be for a bigger city. It felt like more opportunities were opening up in NYC. I also have more energy at this point in my life. Down the road, who knows. NYC just seems like one of those places that gets harder and harder to move to the longer you wait.

How do you see your practice growing now that you’re a part of this new art community?

90% of the clothing I use for my sculptures came from a thrift store in Chicago, so I’m getting back into the groove of finding places to resource supplies from. Recently I’ve gotten a lot of materials from dollar stores near my studio. It’s been a learning curve, but this has also given me time to revisit other parts of my practice including writing, video, and making .pdfs.

(If anyone in NYC knows of a thrift store equivalent to Village Thrift [in Chicago] email me!) 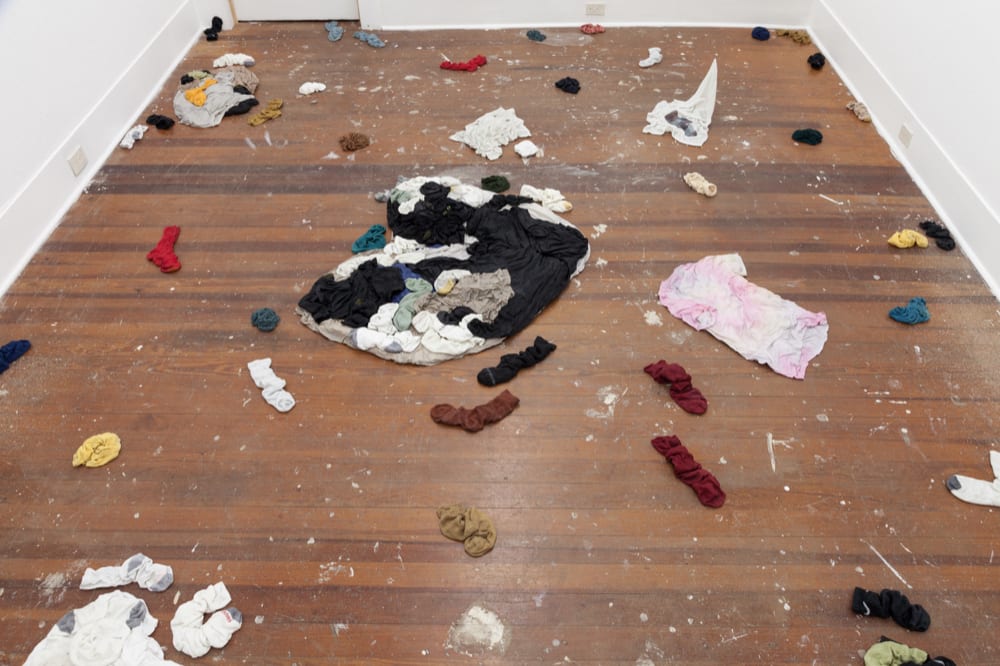 Mika Agari – We met in Nashville a few years ago. At the time she was a curator for mild climate. We both moved to NYC in January and have been navigating the city together ever since. She’s incredibly thoughtful and generous when it comes to conversations about art. She is always constantly working on something too, whether it’s a long-term piece involving her hair or a crochet hat– I’m really excited to see where her (and her work) goes!