Lumin Wakoa’s Memories Find a Second Life In Her Paintings

Lumin Wakoa paints from her memories. Her works teeter the line between abstraction and figuration, with forms appearing on the surface as you spend more with them. As Wakoa explains, her memories are usually ephemeral, rejecting concrete imagery. Wakoa is currently in the Sharpe-Walentas Studio Program and is based in Brooklyn, NY.

For one thing, It’s been amazing to exchange visits and ideas with so many unbelievable female artists over the last few years. I have found that there is a generosity and commitment to community in New York not just with other female artists but also with inquisitive and insightful male artists. For me, being part of this community means that there is a genuine feeling of inclusivity and support that is a very welcome change.

In so many tiny ways. The thing about exclusion is that it is very rarely obvious. It’s subtle and usually based on unconscious prejudices. I’ve overheard male artists say that just personally, they think that women just aren’t as good of artists. I also overheard a man say that male artists were more successful because they had to provide for their families. It takes a lot of self awareness and time for ingrained prejudices to truly change.

Being a part of the conversation is everything. Art is not created in a vacuum and each time a female artist becomes more visible, we all benefit. It is exciting to be working in a time when so much is changing and the change is way overdue.

To have the playing field be so wide open and equal that I don’t have to constantly define myself as a “female” artist. 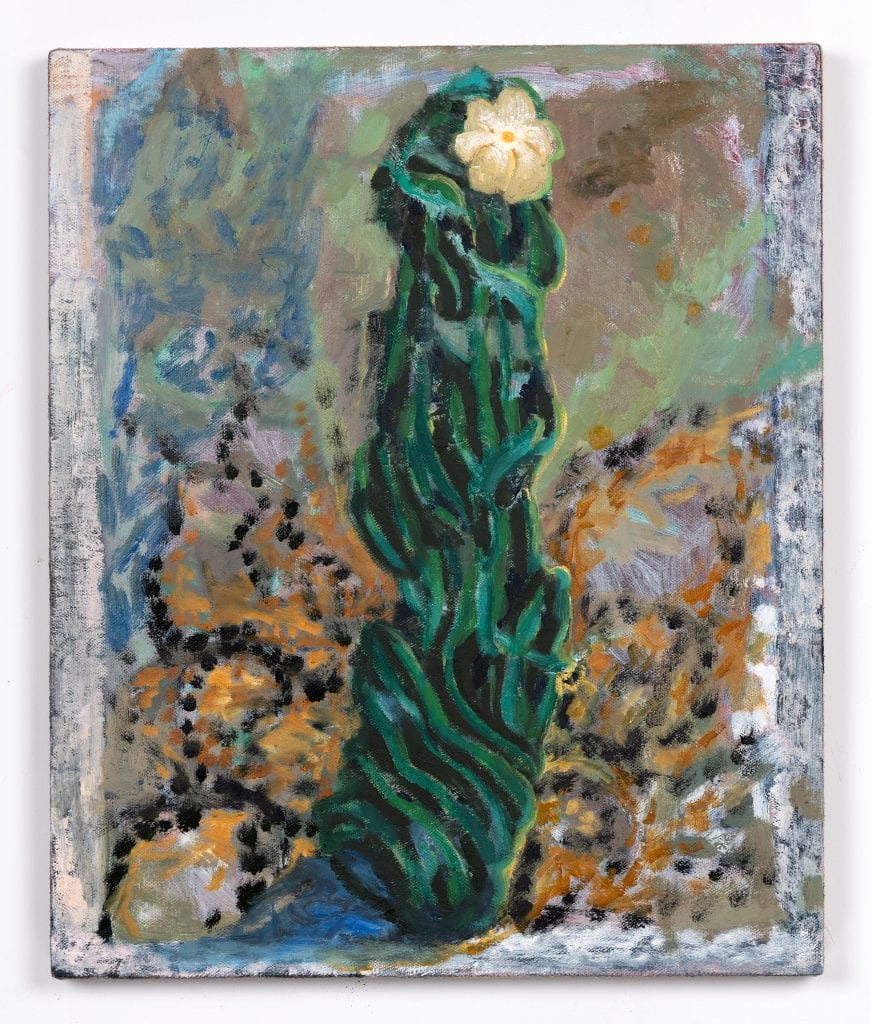 How do you begin a work? What is your process like?

I make drawings from life but I don’t work from the drawings. When I start a painting I have a very clear memory in mind. Usually this memory is something ephemeral and something that quite possibly rejects imagery. For instance, I started a painting wanting to capture being inside on a warm day when the light starts to turn cool and seeing dust suspended in the air. That moment of stillness thats sharpened by the subtle movement of particles in the air extends and lasts in memory; that’s what I’m looking for. I’m also drawn to the idea of something that is utterly still but writhing under the surface. I rework paintings, by sanding them down and building them back up several times until feels undeniable, as if the image could be no other way. 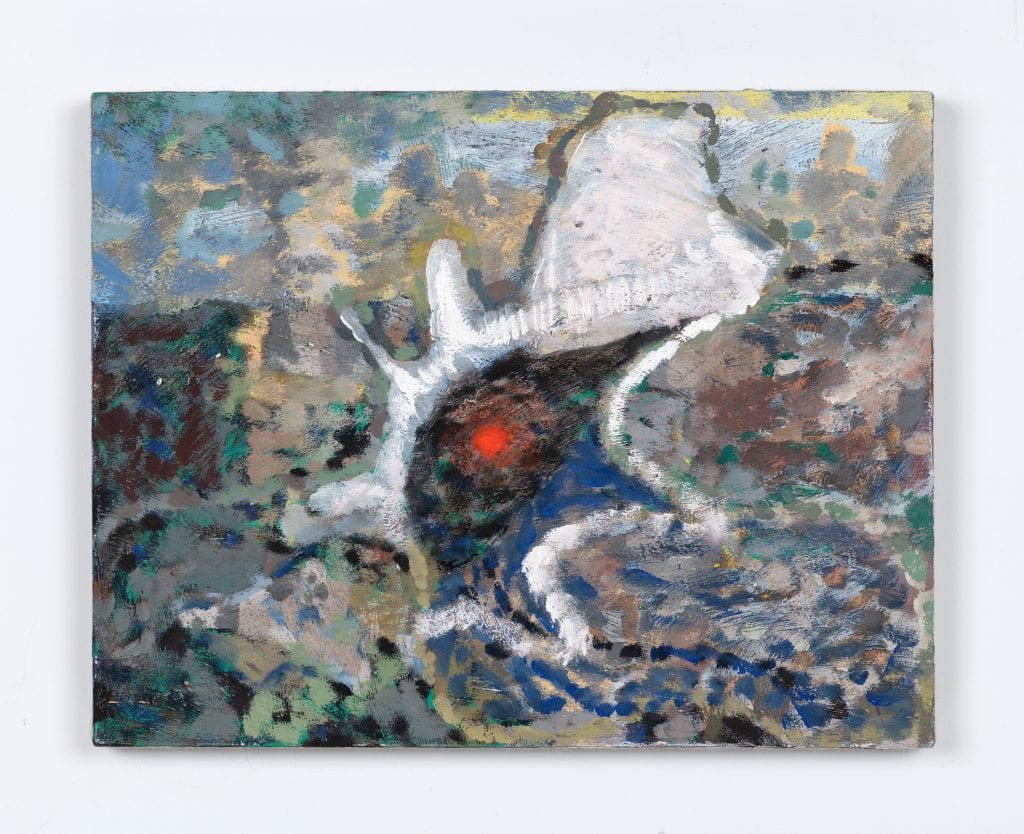 How is painting on small scale different than painting large?

Painting small allows me to pay a lot of attention to texture and touch. I also like to make small paintings that feel big; something about this is so satisfying. 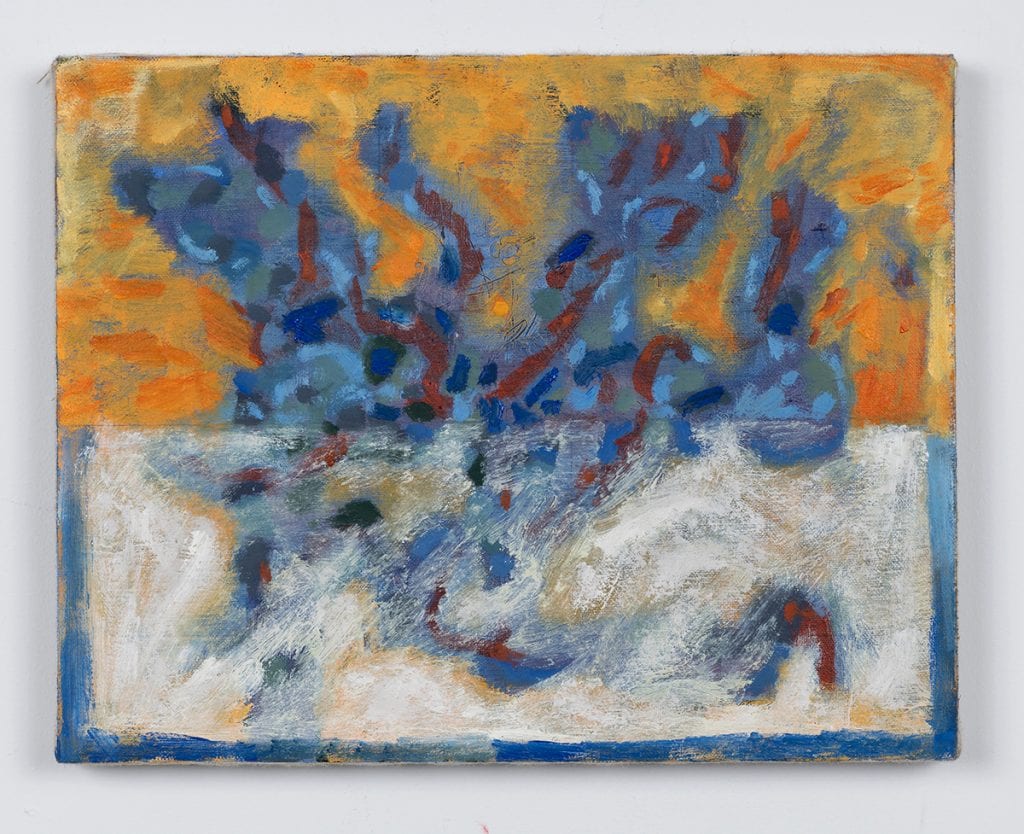 Has your work always taken on an abstract appearance?

At one point, my paintings were more abstract but they have always been tethered to seeing and being in the world. 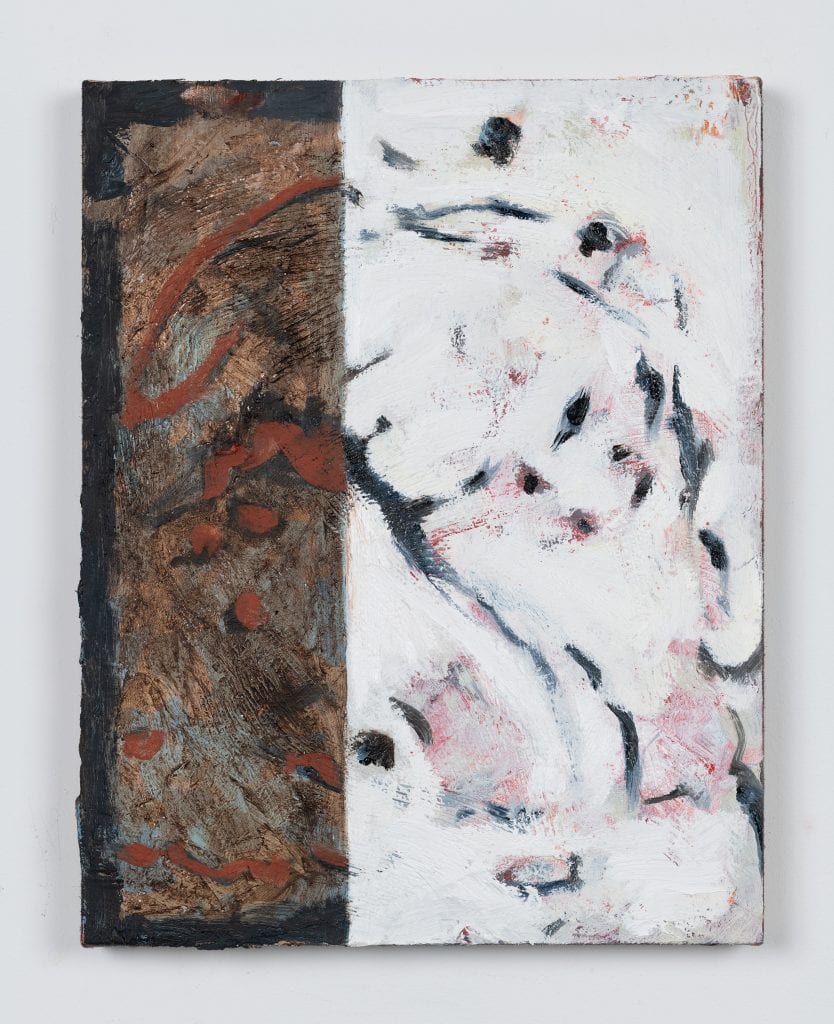 What themes are you working through in your work?

I want my paintings to feel simultaneously hallucinatory, spiritual, and belonging to nature. 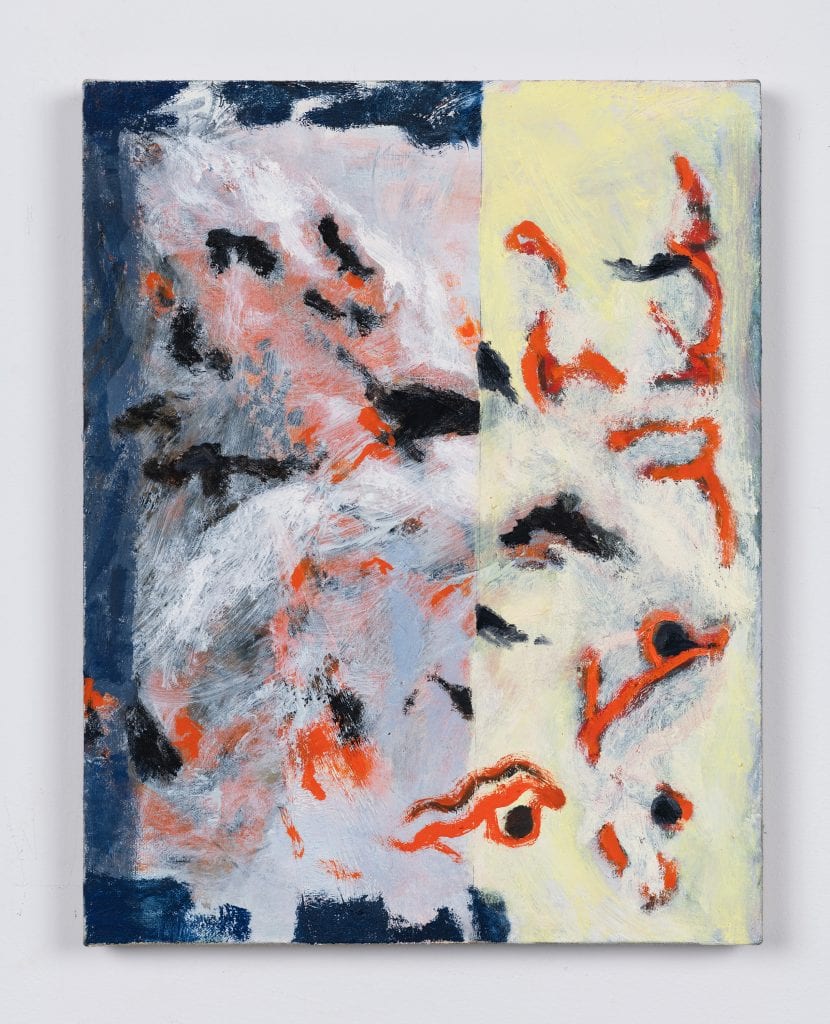 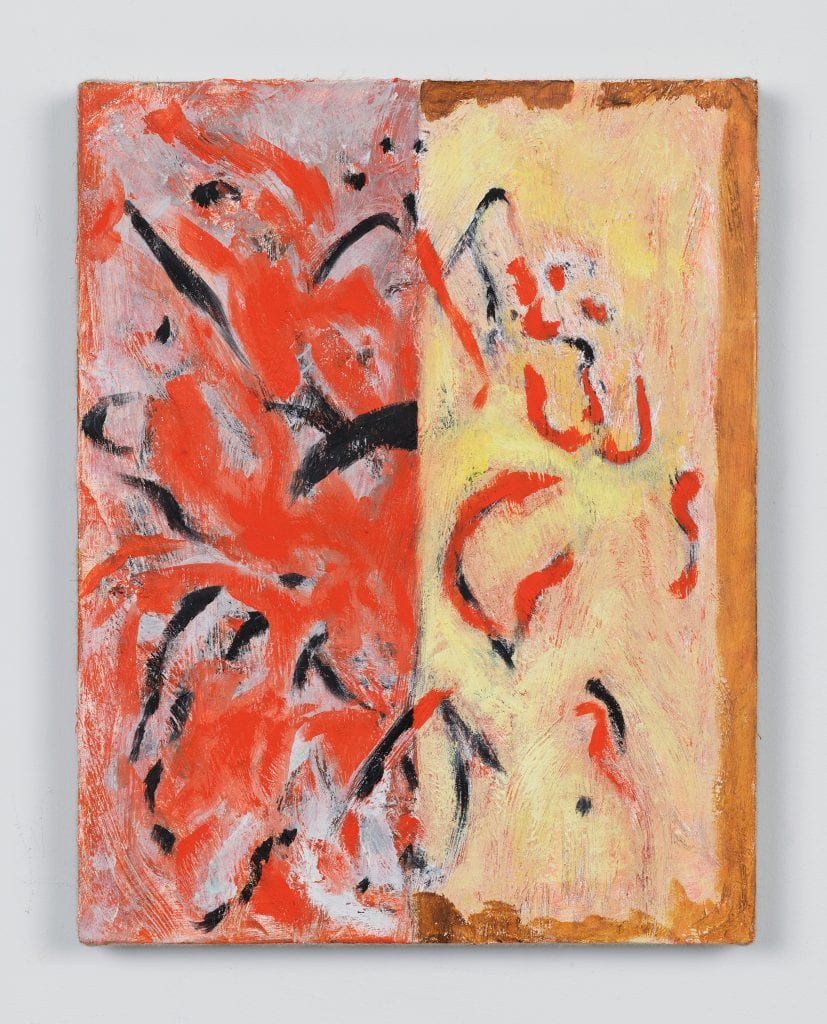 After Four Decades, Lucio Fontana is Back in the U.S. and “On the Threshold”