Meet Mak Ying Tung 2, the eccentric conceptual artist whose only constant is the lack of consistency in her work. Born and raised in Hong Kong, Mak’s work reflects a direct reaction to her life in the age of data, and she continuously pushes ideas and conceptual processes against one another. Her practice delves in a myriad of platforms, as she “challenges norms, notions of value, labor, authorship, escapism, nihilism, and looking at dystopian trajectories within technology and politics.” She’s won an extensive list of awards, and has been invited by renowned characters in the art world. The artist is soaring through the scene in Hong Kong, breaking several glass ceilings in the process. Read below to learn more about her thought process, her background and upbringing, as we expect to see great things from her unique mind. 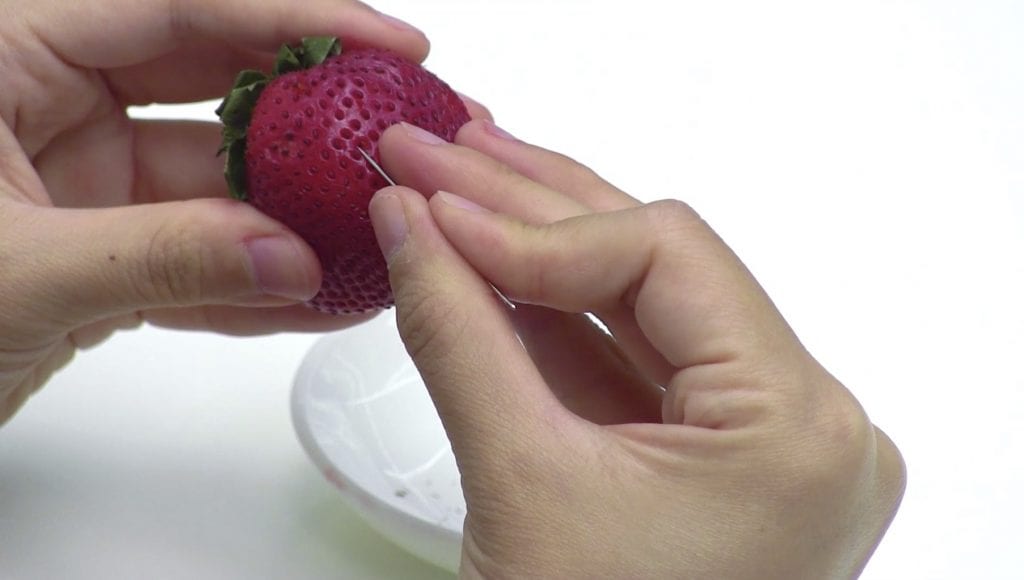 I was raised in the Hong Kong area, under a famous mountain called Lion Rock. Hong Kong used to be a fishing village, and legend says that those who lived under the Lion Rock would prosper in the spirit’s hard working energy. I guess I was always influenced by this belief. I never studied art or went to art school, the only reason why I got into the creative field is because my grades were never good enough to get into university. I heard that studying in the School of Creative Media, I could directly transfer to a degree program. I worked in translations for a year until I realized I really did not like it. That’s when I applied to get published, and in 2013 my first performance piece called Sterilization got published and in one week got 40k re-posts. Before I graduated, I got an invitation from Hans Ulrich Obrist (back when I didn’t even know who he was).

That’s actually a great story. About three years ago I went to see a fortune teller in Hong Kong. He said that my name in Chinese characters only has thirty three strokes. He said that if I wanted to be rich and famous, my name should have thirty five strokes. I thought I couldn’t change my name, so I just added two additional strokes. And turns out it worked! Once I changed my name galleries started to ask me to present in their gallery. 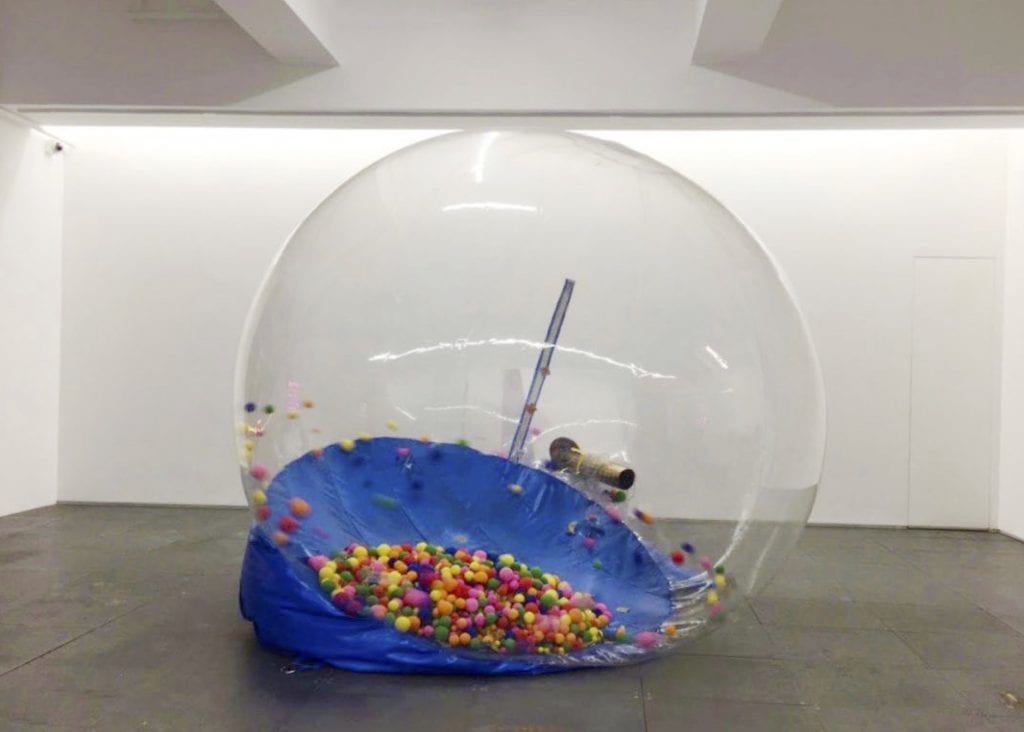 You Better Watch Out, 2017, Courtesy of the Artist and de Sarthe Gallery

Your work has so much variation in style, and there is an immediate contradiction in your pieces. Could you expand on what you wish to communicate?

When I reflect on my practice since 2013, I see that a lot of my work especially in the earlier years was really influenced by social media. The internet, gadgets, communication devices are now the center of our world. This swiping action changes the way we interpret and respond to visuals. I was always influenced by that. I guess what I am trying to communicate is innate into how I react to the environment I live in. For example, We Are All Equal. I went to the supermarket, I picked up the curry and then collected all products that share the same height as the curry sauce, and I made an installation with that requirement. I want to poke the bubble of the thought that there are all these choices in the supermarket. Nowadays when we go to the market there is so much detailed calculation behind the placement of things. You always see the fresh fruit and the bakery at the front, and the condoms and candies are on the cash register. I want to use an alternative buying effort to break the system and that’s why I made this work.

Usually I think of the concept first. I think about what I’m trying to communicate and how I’ll go about doing that. I think about what I’m thinking at the time and how I want to represent it. For example I’ve been working on my YouTube channel lately. That all started because of the pandemic. I was so bored and I felt I was wasting so much time. I made my first YouTube video in April called Asking Out a Friend Who I Haven’t Seen In 10 Years, and it went viral. And so I decided to start my YouTube channel. 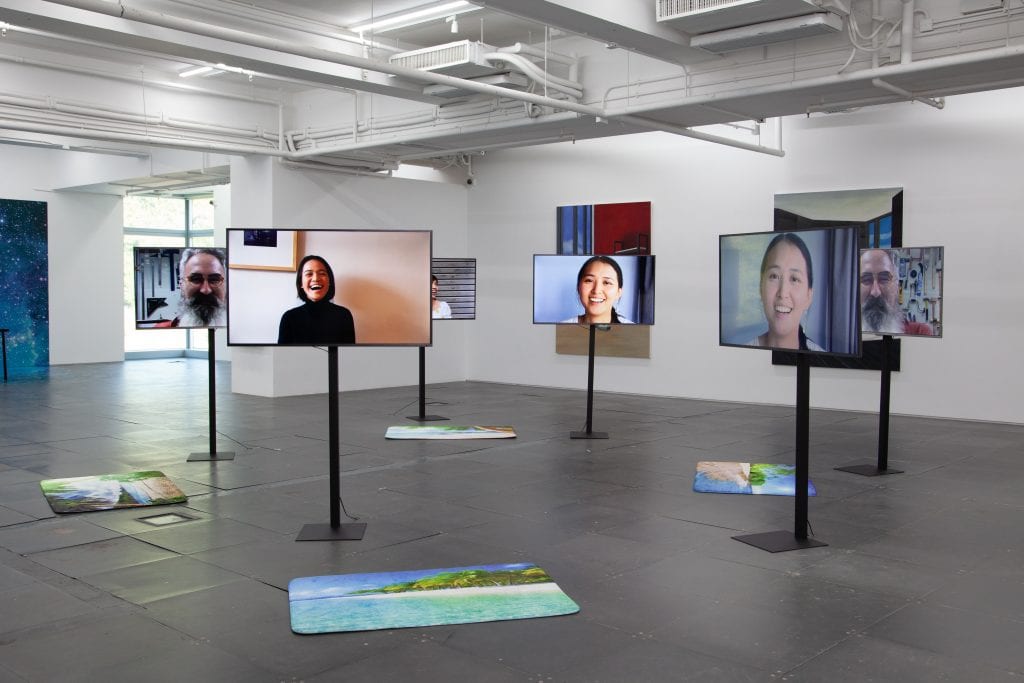 Walk us through a day in the studio

I have been reflecting on that a lot actually. I’m very amazed that in the last few months I’ve been creating everything in this room. But my creative process is really varied and has changed a lot throughout my practice. I would say the turning point was 2016 when I met my artist partner KY and we made the collaborative Come Inside. KY and I did a lot of crazy projects together. The name Come Inside came as a celebration of me, that I was able to come into a world where only 30% of women in the world have the ability. So, Come Inside was the term we used to celebrate this breakthrough. We bonded because we started working together on the weekends to make some extra money, and ended up performing there, and that’s when we started collaborating. So to answer the question, my process is always changing. I just do whatever process seems fit. 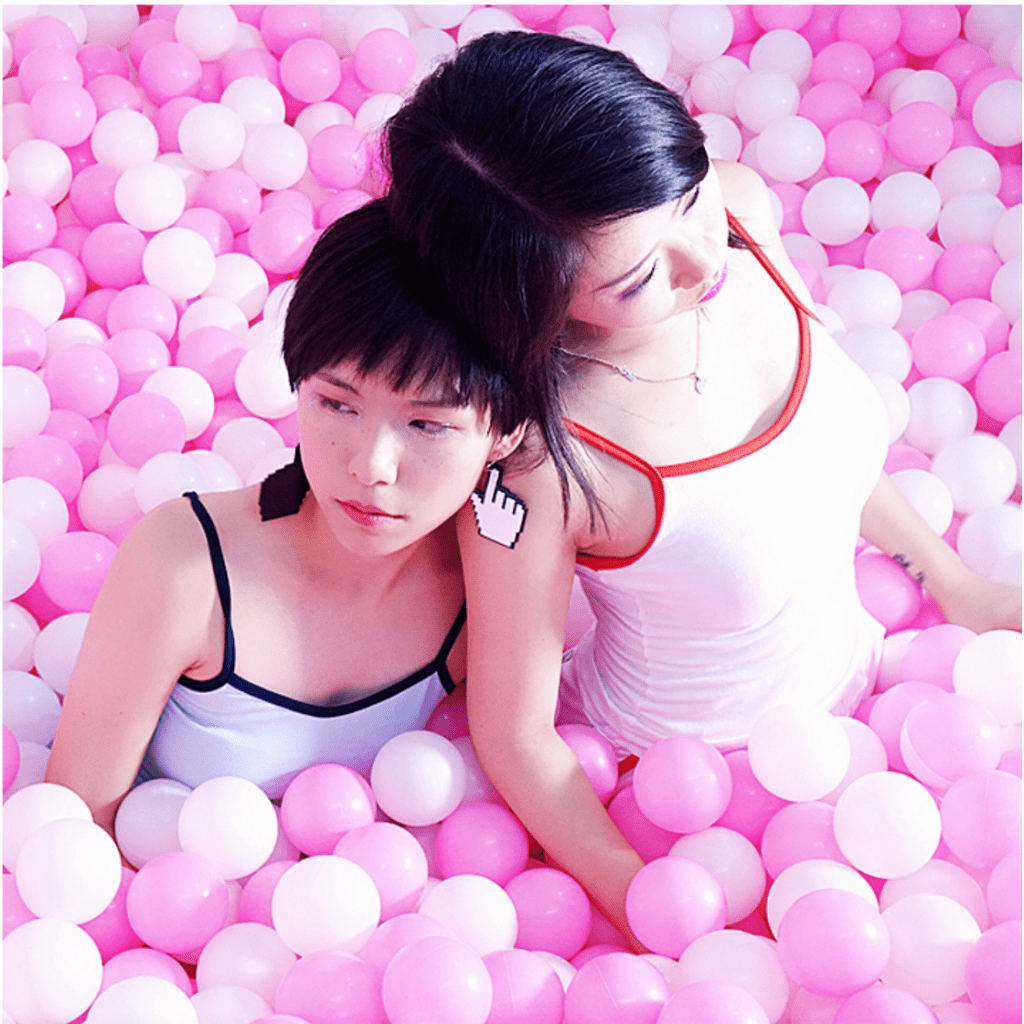 Balls, 2016, Light Jet on Canvas, Featuring Mak Ying Tung 2 and KY for Come Inside, Courtesy of the Artist and Artist Studio

Looking at your Home Sweet Home triptych series, the images are realistic but contain a surreal component to them. Can you tell us more about them?

Yes, so it was during a very difficult time in my city, with all the protests that were happening, so I wanted to make scenes where you could not differentiate between dream and reality.  I made these rooms that overlooked the city on Sims. Then I cut the pictures up in three and asked painters on the internet to paint the image, that’s why you can see a difference in colors between the panels.

When I was young, I wouldn’t say I was a troublemaker, but I always liked to talk a lot. Living in such a patriarchal society, where women are not encouraged to be outspoken like that. I was always getting backlash from others to express myself and be who I really was. I was strictly christian for a long time, until I went into art school. And I think that that really impacted my practice. If you can see something very clearly from my work, I try to run away from the system. Every time I’m into something, I’ll try to find an immediate way out of it. Someone tells me “Oh so now you make objects”, and I move into sculpture. And it became a pattern in my practice. “I see Mak is doing painting”, so I do stand-up comedy. “Mak is a stand-up comedian”, I go into YouTube. And now even my YouTube is a lie. My last video is actually a live reel of me pretending to be a rich collector and visited galleries making price inquiries. I think this backlash against what is thought of me comes from my religious upbringings. I don’t want to fit in the system anymore.

Out of Body Experience, 2018-19, Courtesy of the Artist and de Sarthe Gallery

Is there a preferred source material that you like to work with?

Really, I like anything that doesn’t get my hands dirty. I tried making sculptures before. I injected resin in a balloon and had to rotate it for twelve hours until the material dried. It made my hands a mess and I had to inhale all those chemicals, it was a nightmare. After that I promised myself never to do something crafty again. 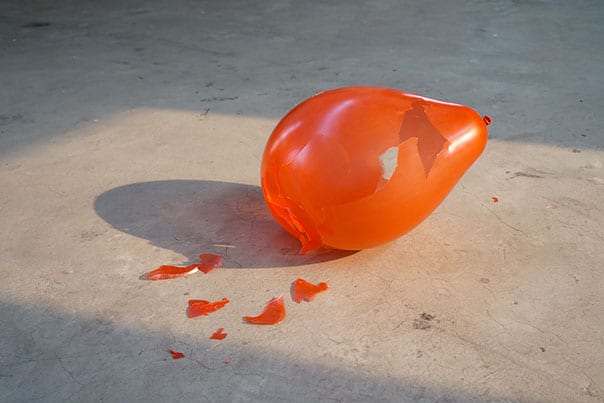 No, I Insist, 2014, Courtesy of the Artist and Artist Studio

I’m recently reading a lot about Dadaism and Nihilism. The US Presidential campaign has made me think we’re so lucky to live in such a ridiculous time in history. The reason people vote for Trump is because they don’t believe in anything anymore, so they go on the internet to escape from reality. It’s a thing I’ve read about called Trump Nihilism. It’s not just an escapist activity, it’s an entertainment of sorts we get from the internet. Dadaism is also a form of Nihilism. How Dadaism came to be was a reaction against believing in what was thought of as art. And I am an artist living in a ridiculous political state and I get to react to it through my work. 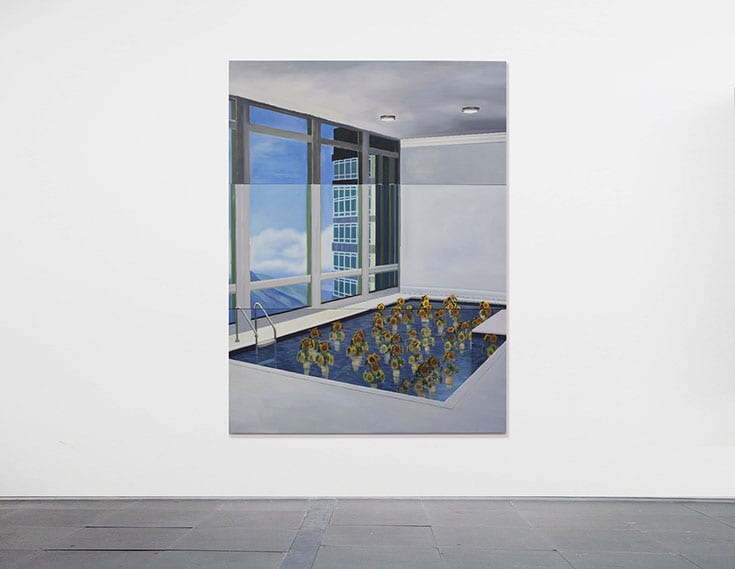 If you could invite three historical figures over for coffee, who would it be and why?

Emmanuel Kant, Justin Bieber, and Miranda July. Kant, because I could never understand what he wanted to say, so I’d like to have a conversation with him. Justin Bieber because I want to take a photo with him and post it on my Instagram so I can get many likes, and then Miranda July because she’s my muse!

KY, who is the founder of HK Union, and the host of a TV program in Hong Kong. She’s also a feminist icon in Hong Kong as well.

Enter the Conceptual Universe of “Winter of Discontent” at 303 Gallery, NY

“The Rest” Shows Artists Nonconforming in Their Approach