“I love my neighbors. We speak nearly every day. They have embraced me into their world – their land. Now, it is my home, my neighborhood. Many have lived here for more than a half century, and while they have witnessed much change, never have they seen the dramatic alteration currently in motion on account of gentrification.” -Nathaniel Mary Quinn, August 2018 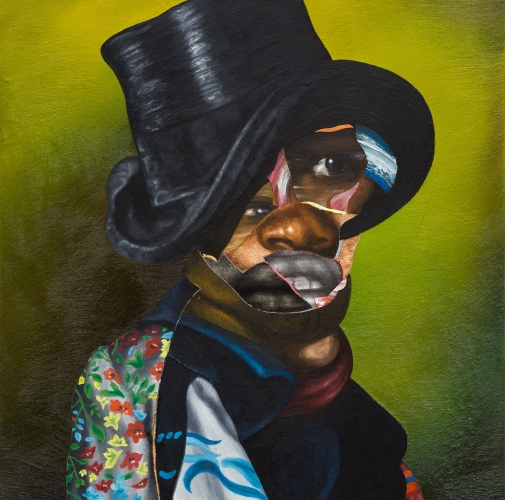 Nathaniel Mary Quinn creates portraits not from a model sitting still, but from his own memories of his family members and other people he meets as well as visions that find home in his mind. He uses multiple medium in a range of styles, employing acrylic, charcoal, gouache, oil paint, paint sticks, and gold leaf onto the same plane to divide the humans he depicts. In his latest exhibition titled, The Land, Quinn’s works spans both New York locations of Salon 94. Across the gallery walls, the artist shares 15 of drastically distinct yet incredibly alluring portrait works. 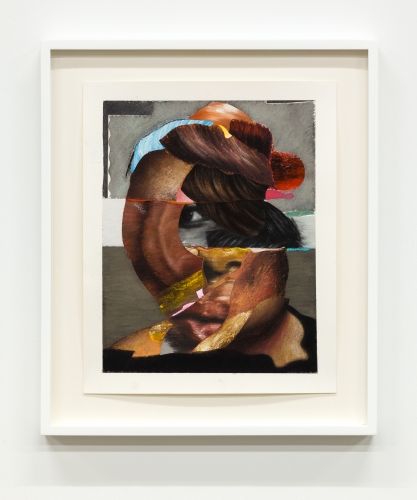 Traditional portraiture aims to be the purest form of representation, capturing a person’s likeness in a moment that will far outlive them. Though Quinn’s work may seem far off from the centuries old style of portrait-making, it captures a deeper human essence than a lifeless oil painting of a privileged white person ever could. 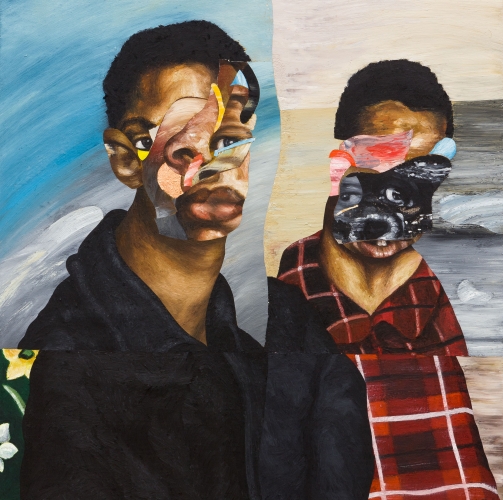 Quinn walks a tightrope between visual emotions, alternating between appearances that are both picturesque and grotesque, evil and kind. He embraces the good, the bad, and the ugly as inherent aspects of life. Quinn combines his own history with a range of source material found in popular culture, including magazines, the news, and advertising. 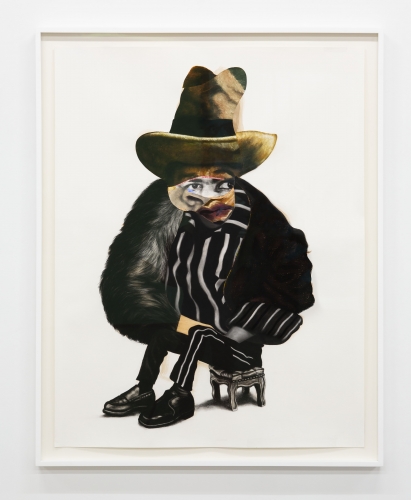 No representation is off limits or held in higher regard than another. Art history is treated with the same dignity as is the stream of popular culture which holds our attention from the moment we wake up to the moment we go to bed. Quinn’s intent is to dutifully capture the essence of his relationships, the rawness and truthfulness behind his interactions. 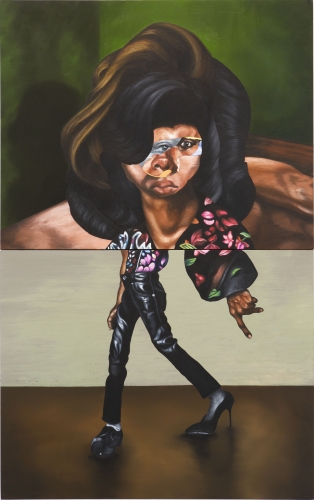 Though the show finds an immediate connection to his current life in Brooklyn, Quinn’s Chicago upbringing, which included a destitute financial situation, neighborhood violence, and abandonment by his family plays a large role in this body of work. All of the experiences, difficult and beautiful, that shaped the artist’s life have a role here. Quinn translates his own empathy, intuition, and spirituality onto his surfaces, inviting every person to see a part of themselves in his work. 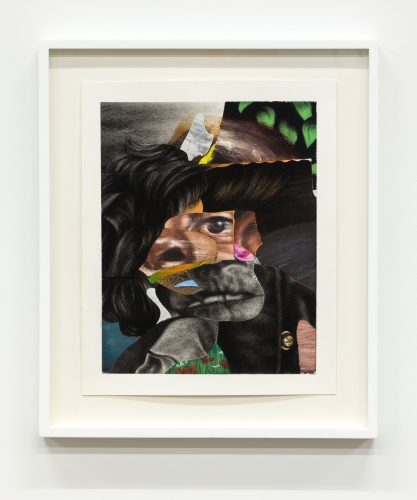 In these times, it is especially important to notice your neighbors, notice the people who you share your space with, interact with them, and create meaningful connections. Nathaniel Mary Quinn’s vastly different body of portraiture reminds of us that.

The Land is on view at Salon 94 through October 28th. 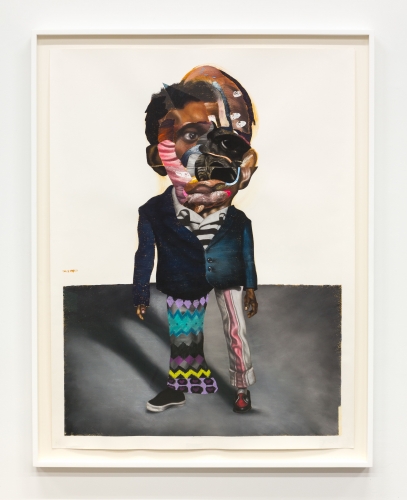 All images used courtesy of Salon 94.