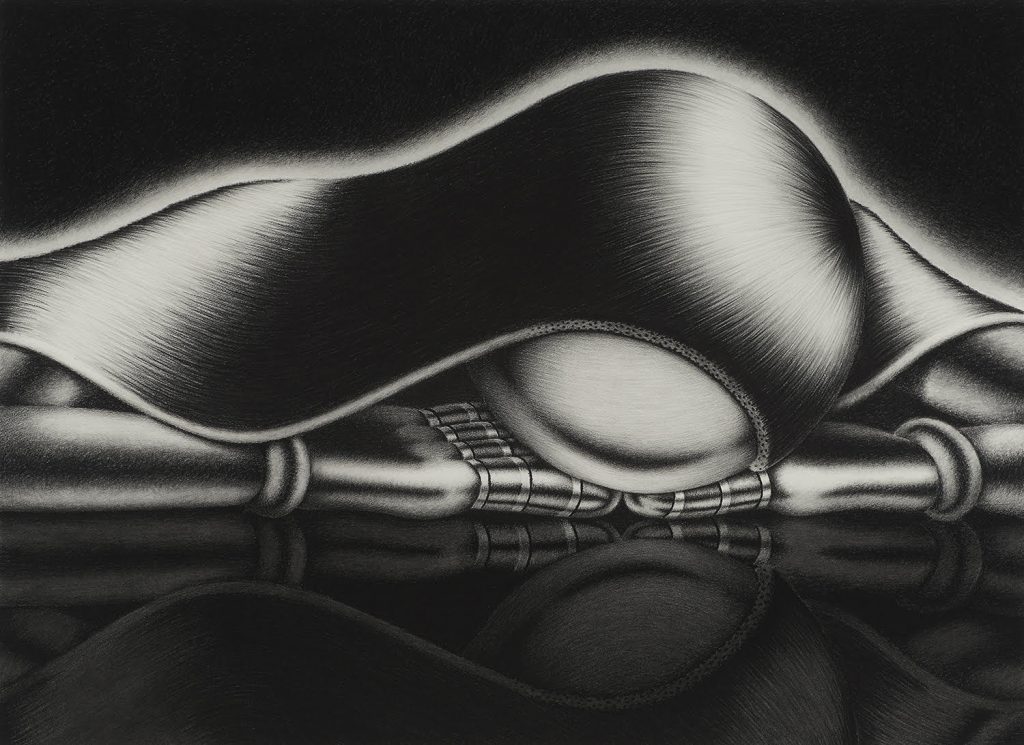 Hey there! I live in the UK and I was born in Croydon, South London. I was brought up mainly in Sussex but I’ve moved around quite a bit, I’ve lived in London for the last 20 years. My earliest art memories are making images by glueing pasta to paper when I was around 4 of 5 years old. My mum also used to draw us a lot at home so me and my family would often be her subject.

I have experimented quite a bit to get to where I am now, over time I’ve learnt to refine and leave in only what’s absolutely necessary. The closest I got to another ’Style’ was about 5 years ago when I had another character which was a bit more cartoony, very hairy, a bit grotesque but very recognizable. It wasn’t right and I knew I had to keep on searching. Up until the first lockdown in 2020 I was working as a freelance set designer for TV commercials and I also ran a Photography studio that me and a friend set up in an old victorian tram depot. This gave me around 2 days a week to make artwork, sometimes more, which I’ve always made time for over the years. To be honest I was juggling too many plates and for me lockdown was a gift, suddenly I could focus entirely on my artwork. From home I looked over everything I’d made and pulled out which bits were working, I then started selling on a few online platforms and very quickly I hit on something that seemed to strike a nerve with people. I was using integrating text into my work quite a bit but also I started to use the character I’ve now developed as well. 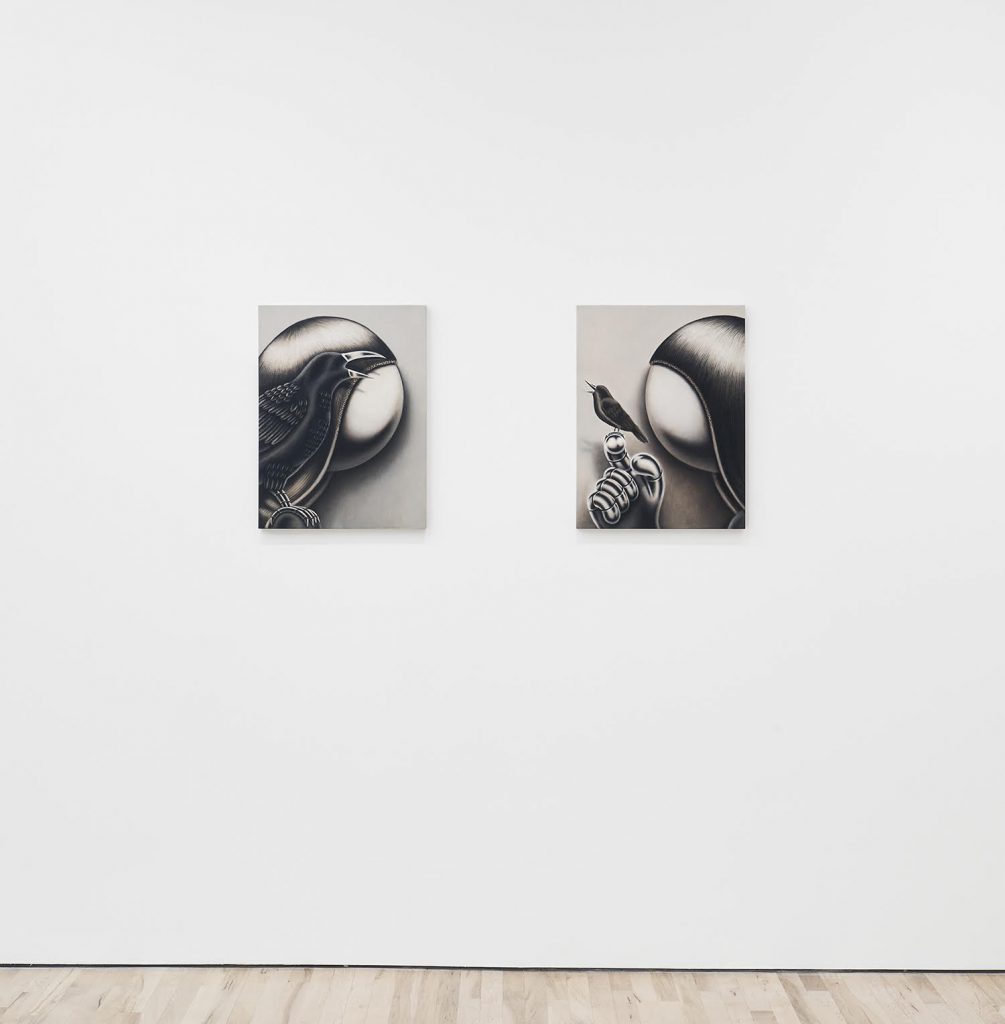 I like a routine so I get in early and leave around 5 or 6 unless I need to get something finished and then I might go later. I tend to focus on one thing per day so if I’m sketching ideas I’ll do that all day or if I’m painting I’ll just do that. I like a mix of quiet, music and podcasts depending on the task I’m doing.

I’ve just had my first solo show with Ojiri gallery where I presented my first oil on canvas works, It’s a new medium that I really want to get into and over 2022 build my skill and confidence. I have several themes I’d like to explore which could develop into a body of work for my next solo show. I also have many ideas for individual works which I’m working on, over the next year I hope to present these in a few group shows but really just focus on developing my practice. I worked on my first bronze sculpture which is part of my current solo, I’ll soon been starting on more sculptural work. I also have plans for an etching early next year. 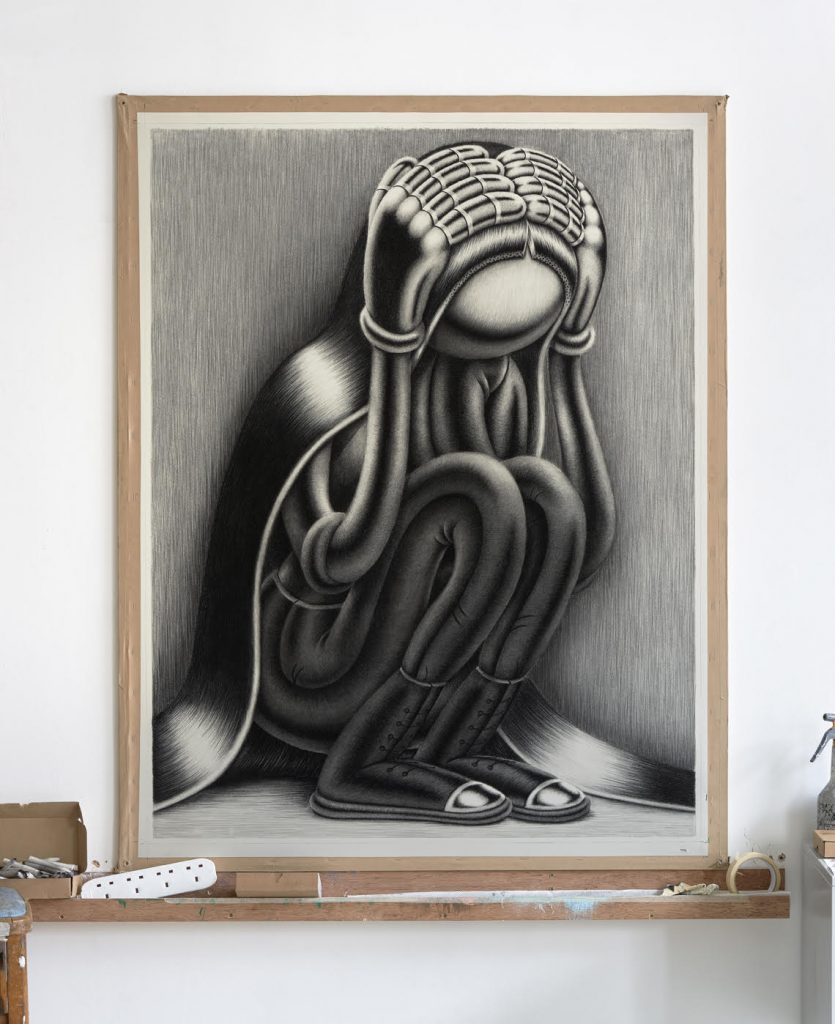 I love movies, I’m always looking for a charged moment that I could use or re-interpret. The movie Drive, with the emotionally detached Ryan Gosling left an impression on me, I looked through scenes in the film when thinking about my piece also named ‘Drive’ a painting which is part of my current Solo. With most works I’m exploring human existence, the search for meaning, and in this case our freedom and the action of driving or control.

I like to get in close on the subject and often have a movie lens in mind. I spent many years on set dressing to camera so I have cinematic sensibilities in my blood. I love ideas about our future as a species, human enhancement and our interaction with technology which may trigger something which leads to an idea. These topics have influenced the look of my character, it wears a sleek futuristic jump suit with matching metallic gloves which act a little like probes for investigating subjects.

I try to keep ideas relevant and respond to current political and social issues, over the last few years this has mainly been the pandemic and how it has affected us all or for a piece I made for a group show in Hong kong in summer 2021, how the new security law there affects its citizens.

My partner Katie is really into mysticism and spirituality and so she is always giving me quotes or passages of text. These ideas feed into the work either as a starting point or in the titling I use to set the tone for viewing the work. The title of my current show is ‘The face before you were born’, I like the impossibility and mystery of this statement. The origin of it lies in Zen Buddhism which says ‘show me your original face before you were born’ which is really about finding your true authentic self. 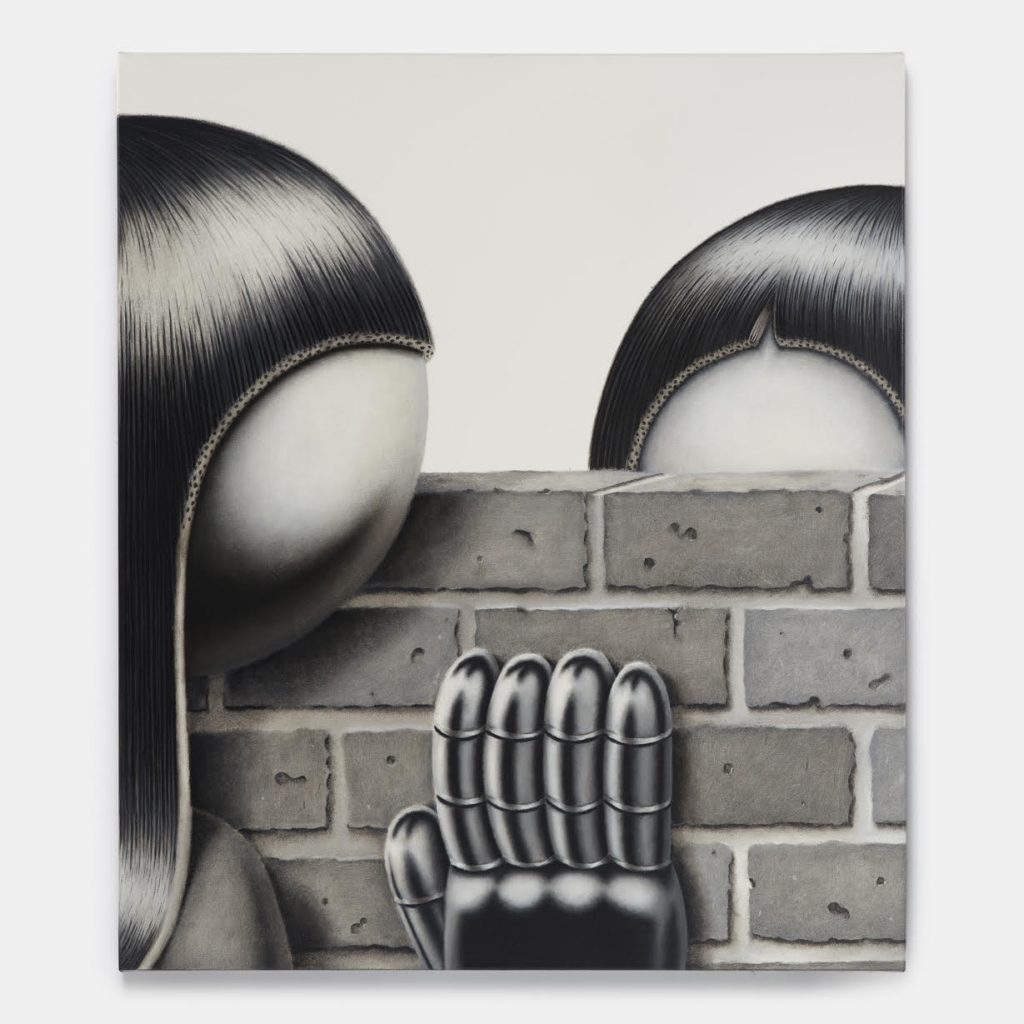 I’ve only been oil painting this year, and because I’d developed a very strong vernacular with charcoal and graphite, my focus was to translate this to oils as closely as I could. Some things weren’t easy, for instance my blending and tonally work is different on paper its more velvety. There are new and different things I can do in oils and things feel a lot more open, I feel I can push things in many more directions which I’m really excited about.

When I make a piece I don’t tend to look at anything as it mainly comes from my head. Occasionally I need to look at some reference pictures, for instance, if I’m drawing a bird or something unfamiliar. The character and all its components are well drilled symbols now though!

Not really but sometimes I look back and reinterpret a painting. I’ve done this several times in the past with Philip Guston and Peter Saul. The work in my show ‘With the Alone’ references the Narcissus painting by Caravaggio, the man in love with his own reflection. 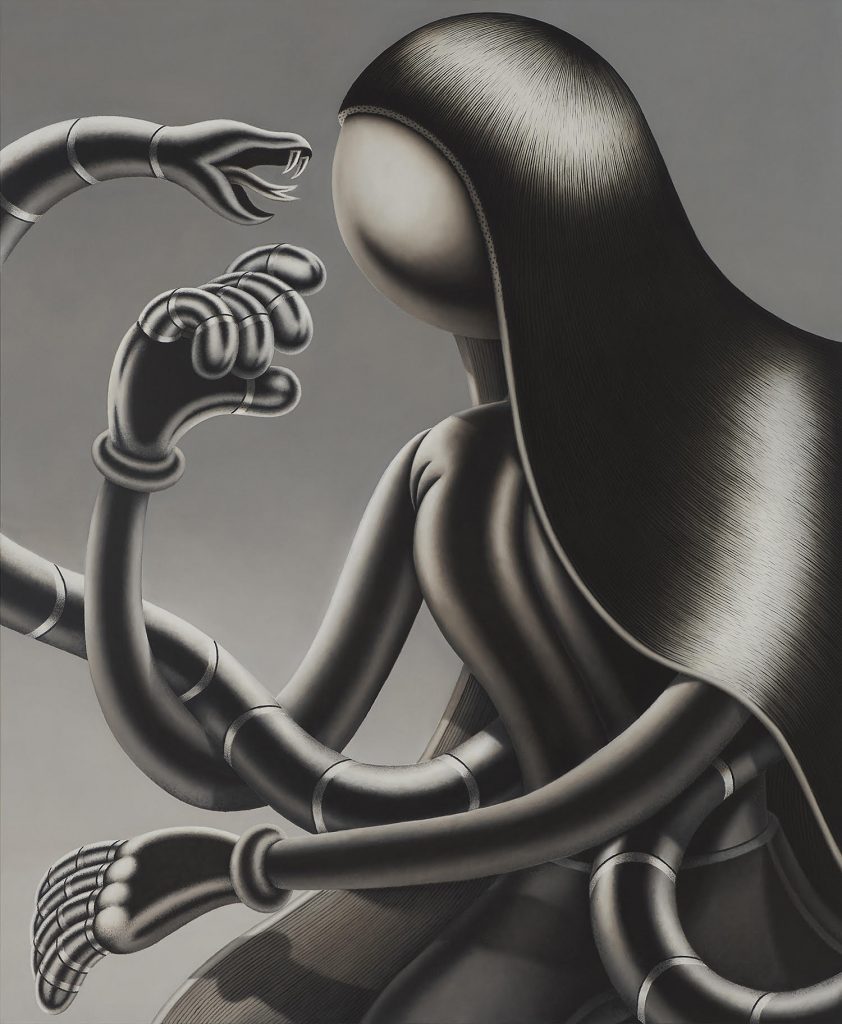 I keep a sketch book and make very crude and fast drawings which quickly express an idea, these are notes really. I also write down words or phrases that resonate and which I’d like to explore. Most things don’t make it past this stage but some I’ll develop. Next I draw out a rough composition and trace, re-trace and edit until I have something. Sometimes this process involves a hand full of drawings, other times I’ll do 30 or 40 variations until it feels right. I then make a small and intricate study in graphite, occasionally more than one version. Finally, once I’m happy I’ll use this as a guide for a larger piece, sometimes editing more as I apply to canvas or large paper. Even though that sounds very planned and methodical, I still make changes and important decisions as I make the larger work.

At the end of every interview, we like to ask the artist to recommend a friend whose work you would love for us to interview next. Who would you suggest?