Rutene Merk Paints the Intersection between Spirituality and Technology

Rutene Merk’s paintings look and feel like nothing else that has come before her. The Lithuanian-born, German-based artist uses the centuries-old medium of oil on canvas in a wholly new way to depict abstract figuration. Her works feel as related to computers and technology as they do spiritual and other-worldly. Having recently come off a widely successful U.S. solo debut with her exhibition Sprites at Downs & Ross, we caught up with Merk to discuss her practice and this moment in her career.

What is your background with painting? When did it first enter your life?

A serious relationship with painting practice began when I started studying at Vilnius Academy of Art.

But my mom tells this: I started drawing as soon as I could hold a pen in my hand.

I remember drawing being my favorite thing to do when I was a child, and people around would be surprised by how lifelike my doodles looked.

So I think I entered life through drawing, because it was something I felt amused by and confident in doing. 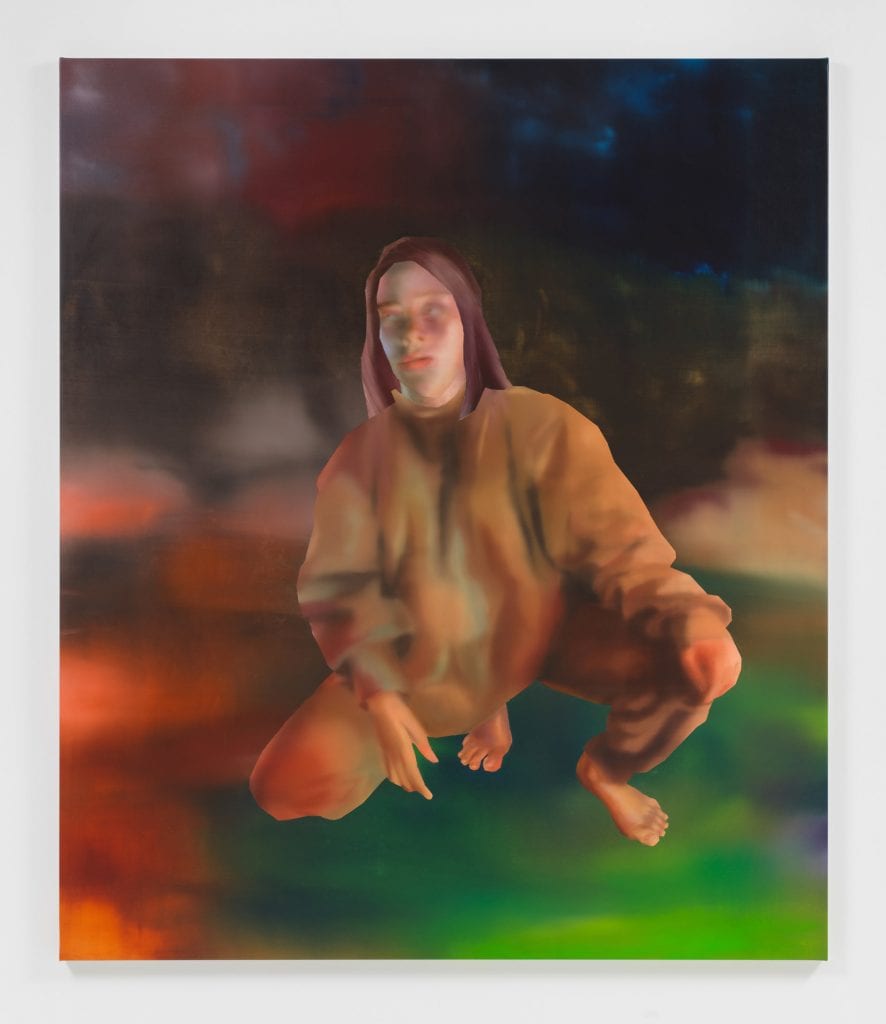 What stories does your work tell?

Perhaps it’s more like fragments of one big story which is still being created.

I’m interested in the space between a person and their image. An image simultaneously is a document and distortion.

All this happens in the context of painting, all the fragments and tropes are brought into speech on the canvas. A very important story for me is painting history, and I will my visual language to be conscious of it too.

Who are the figures in your works?

Firstly I have a few “role models:” for example a bronze statue created in the Renaissance by Andrea del Verrocchio. It depicts the ubiquitous biblical hero David, although what interests me also is that it is speculated that Leonardo da Vinci had posed for this sculpture as he was a student in Verrocchio’s workshop at the time statue was made.

I also have some anonymous characters, some bits of different images and renders of persons I fuse together. In the end it is hard to explain who is who exactly.

Most of the time, figures in my paintings get animated through resemblance to somebody I would know, someone I feel connected to. For this reason I frequently depict female characters or entities that are hardly defined.

Though your work is created in the classic style of oil on canvas, it feels futuristic in its style and form. Is this an idea you are interested in exploring?

I care about the classical goals of painting, its direction towards realism, but at the same time I understand that repeating the past is neither possible nor needed.

I think more about the present and constantly ask myself what and how the present is. I respect and admire the history of art, and I try to avoid making amnesiac painting.

Your U.S. solo debut, Sprites was recently on view at Downs &Ross in New York. Can you tell us about this show?

Thrilling at the beginning, sold out at the end. 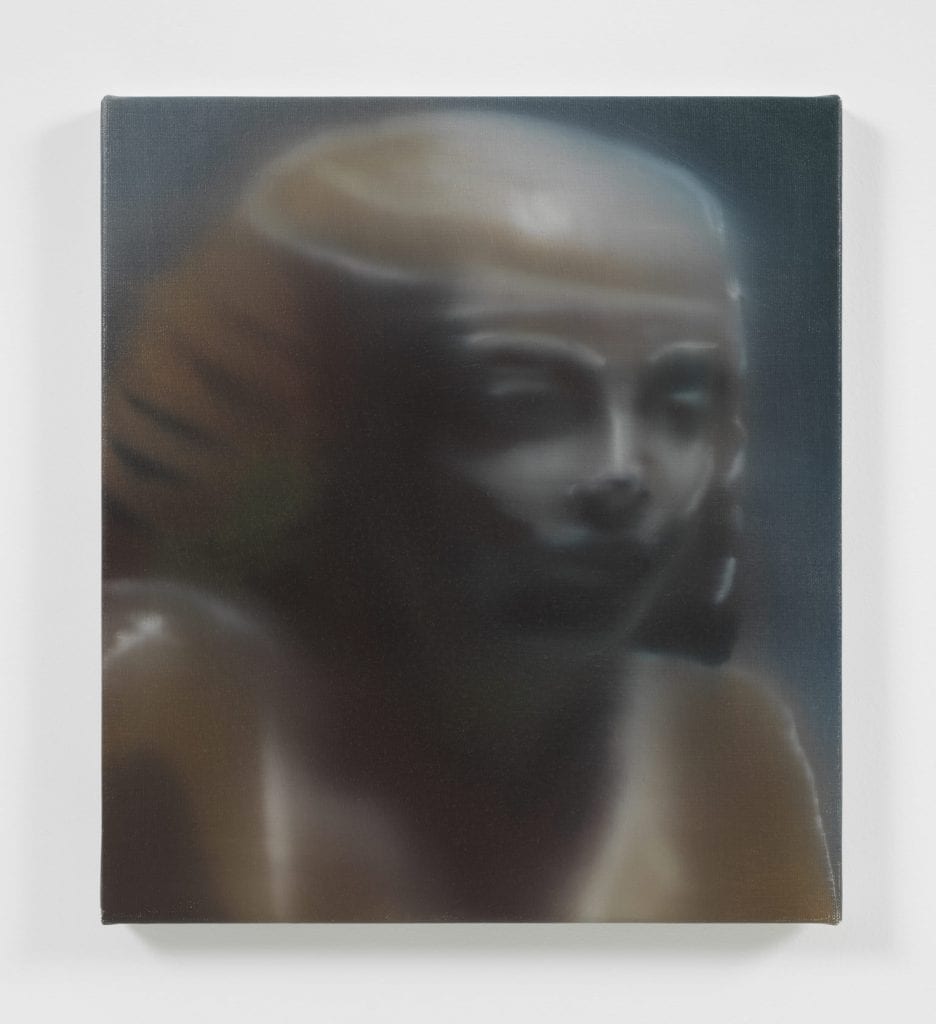 What does this moment in your career mean to you?

Assessment of a period, preparing for a new one. 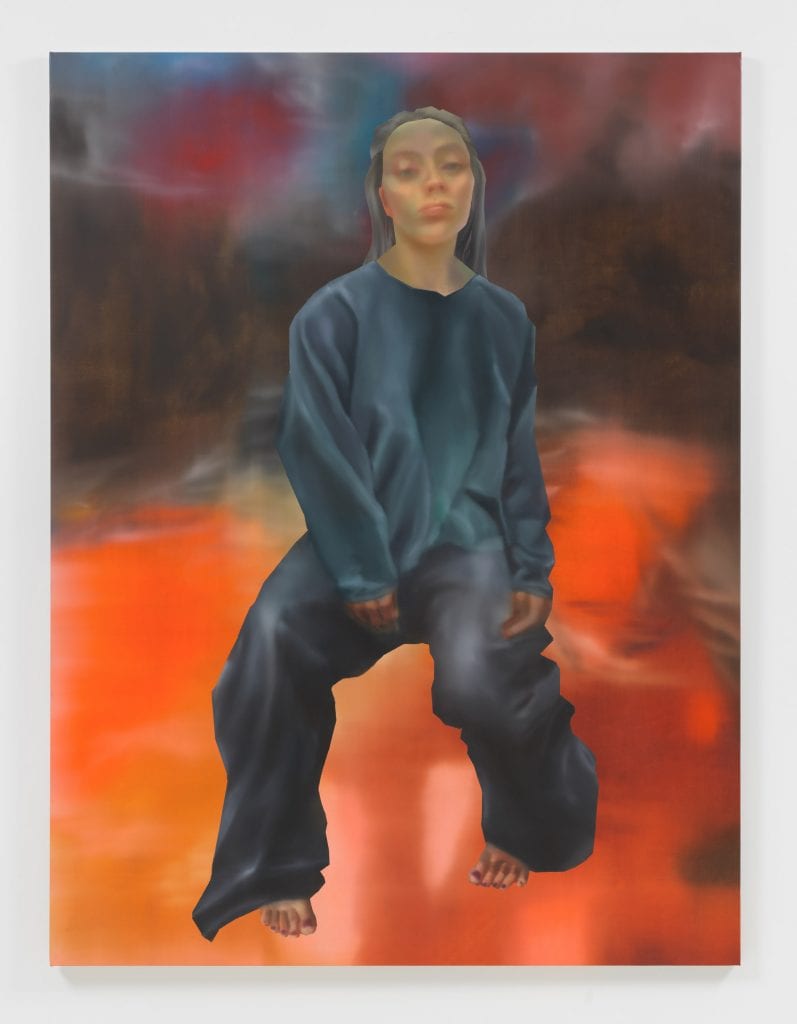