Salman Toor‘s paintings create a palpable connection to the work of Old Masters. Beginning with an academic training, Toor realized he wanted to break free of the constraints and add original, timely elements to his work. Toor’s breathtaking, dynamic painting style works through themes such as fashion, effeminacy, and the anxieties and comedy of identity. With an exciting year ahead, Toor’s impact on the art world is just starting to be felt. 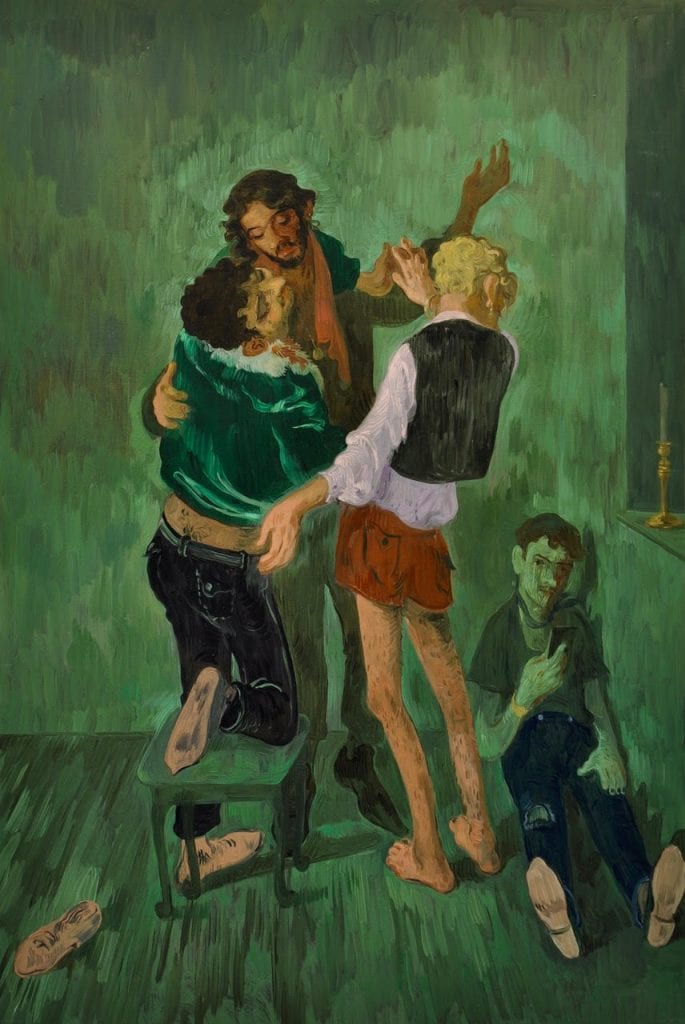 Your works feel very much in line with classical painting styles yet depict modern subject matter that feels very timely. Can you discuss this juxtaposition that your work achieves?

The juxtaposition isn’t premeditated. I copied seventeenth and eighteenth-century old masters for years to learn to paint like Rubens, Van Dyck, Bernardo Strozzi, Antoine Watteau among others. But it was never enough and I realized I could spend my whole life doing that! And I got tired of my academic training and pushed myself out of my practice. A lot of that old learning followed me as I dabbled in new ways of painting. My work became totally imaginary, more subjective and somewhat autobiographical. Because they were imaginary the compositions contained only things I knew about and liked to paint and everything else was filtered out.

I like bringing together the freedoms of today to disrupt the old attitudes toward gender and race entrenched in the history of European painting. 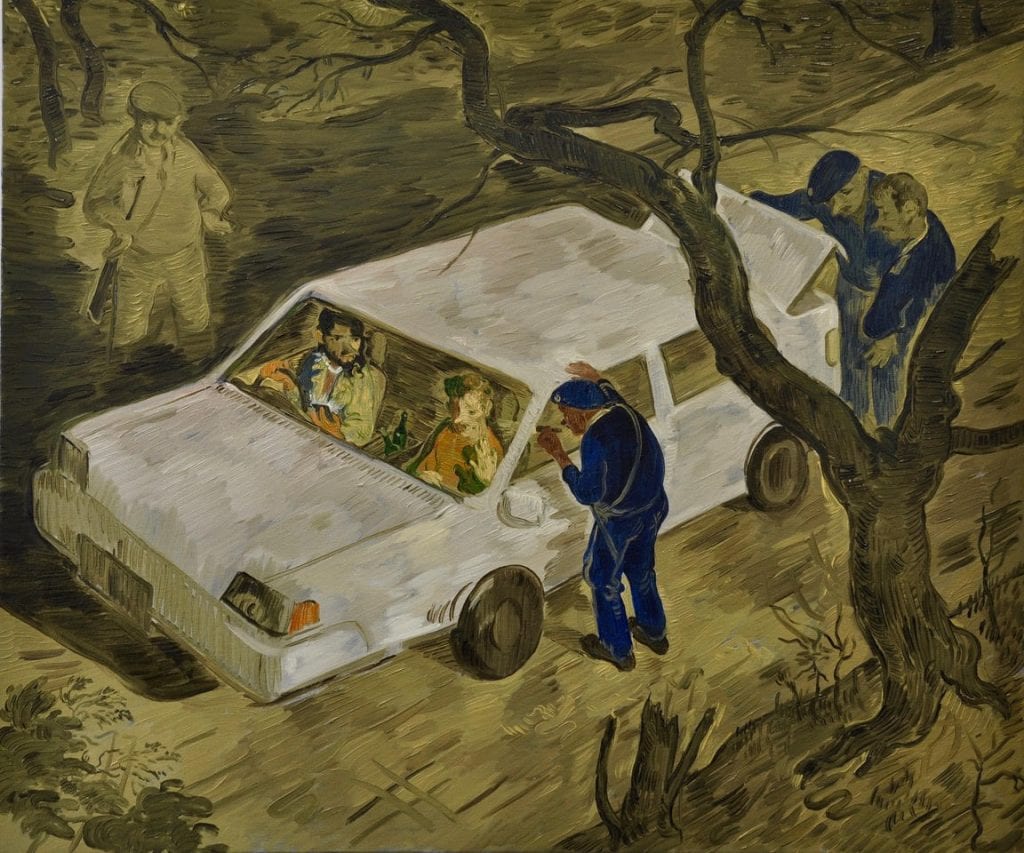 I started drawing when I was five or six. I drew what I thought of as beautiful women with long hair, often blowing in the wind. I also drew imaginary characters and gave them little voices.

I had grown up among cheap prints in my grandmother’s home of famous European paintings, particularly Paul de Vos’s Stag Hunt and Gainsborough’s Honourable Mrs Graham and The Blue Boy. In retrospect it’s funny because as in most middle class households in Lahore there were lots of little porcelains and prints of white people being genteel with teacups and roses, etc. Seventeen years later I found myself in Art History 101 class at a liberal arts college in the American Midwest, thrilled to be learning more about the complicated context of these images alongside alternative view of images from my own culture.

It’s always interesting to see what a you, and your culture look like from far away. 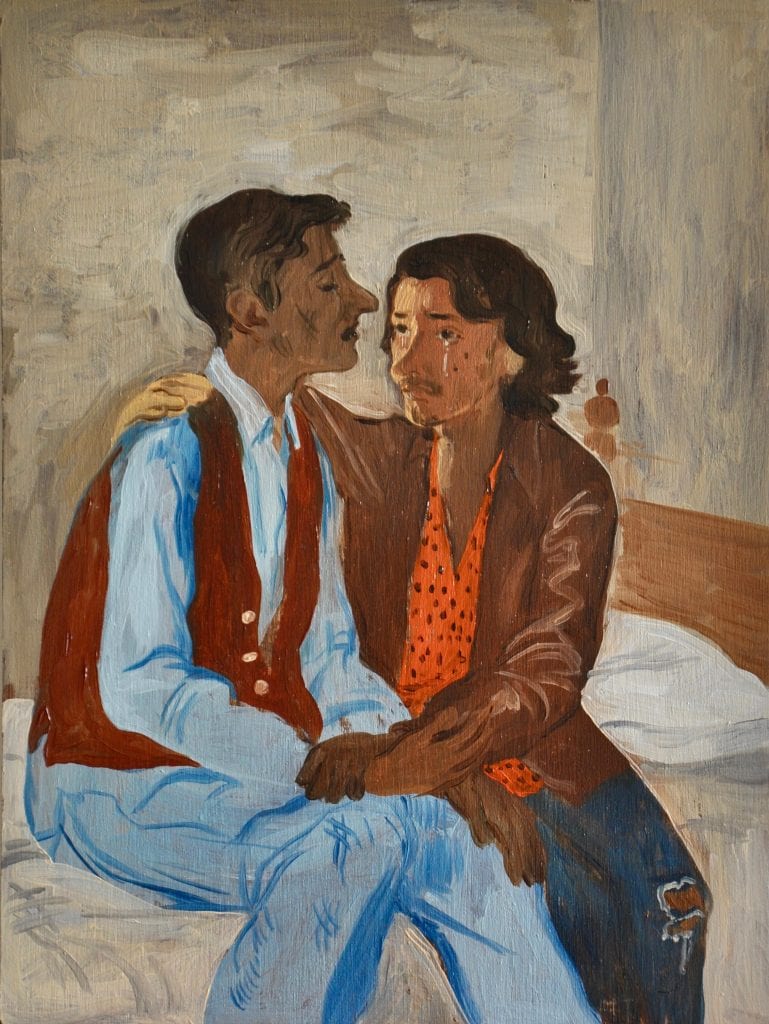 What overlying themes does your work examine?

I’m lucky because I think of my work as playtime so the themes are not heavily premeditated. Fashion, effeminacy, the anxieties and comedy of an identity oscillating between Queer Boy and Brown Man are interesting to me. 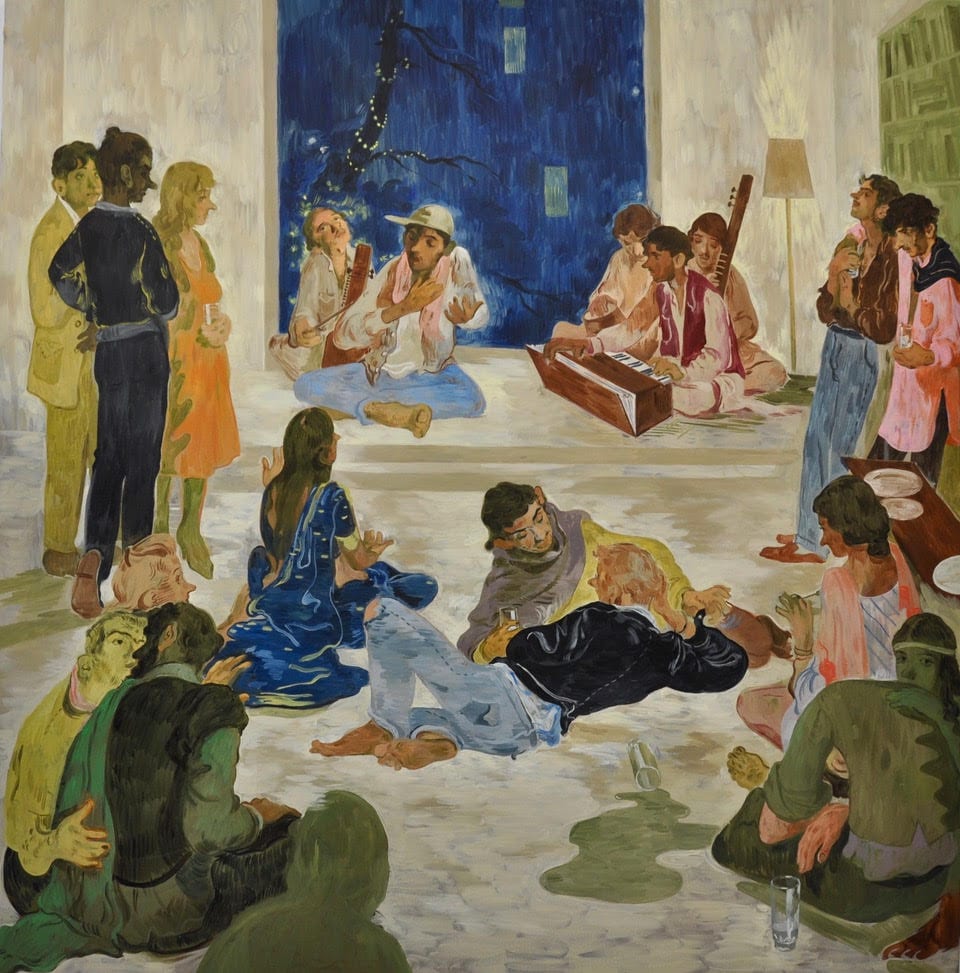 Are the figures in your works based on real people?

They’re made up. There are no photos or models. But when I paint I am recalling feelings and memories of particular people. Sometimes the composition decides what the figures look like. The choices that create these are aesthetic and emotional. 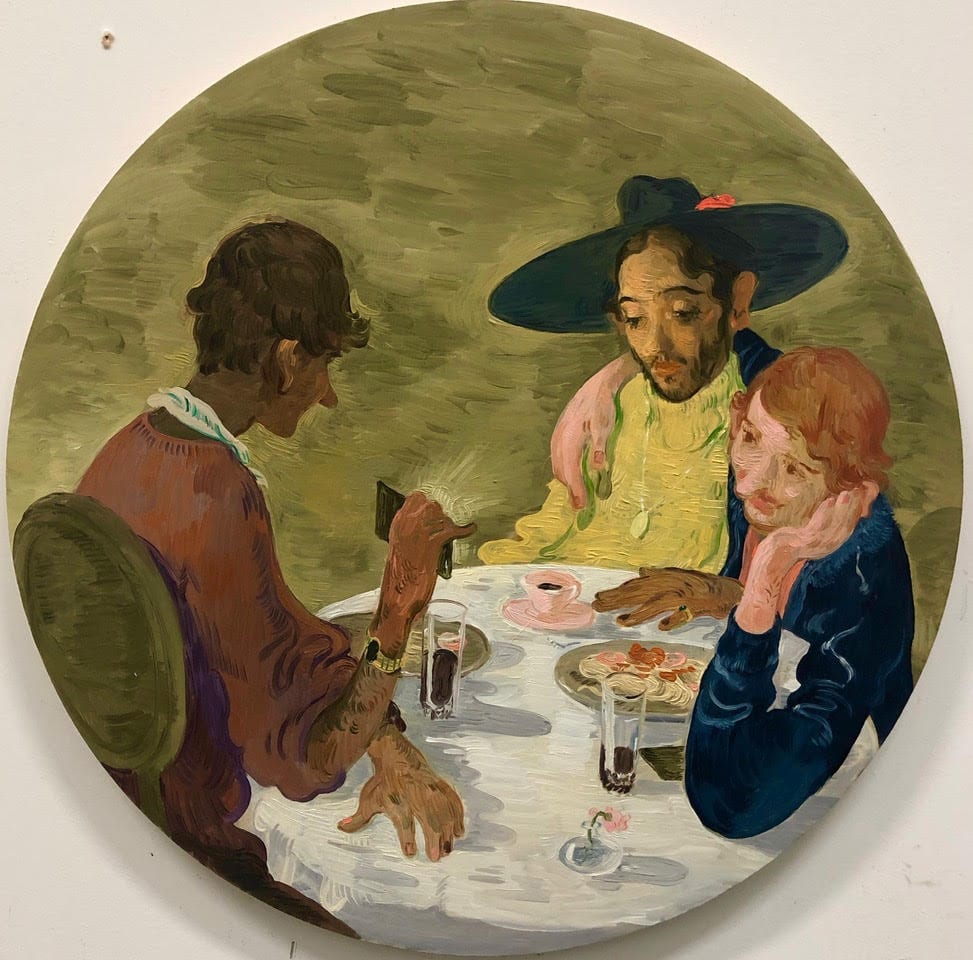 What is a day in your studio like? Do you work on one piece or many at once?

Within a minute of walking into studio I decide if I like what I did the previous day. And that pretty much dictates what I do that day.

I work constantly until 6 – 7pm. I bring lunch with me in the morning so I don’t have to break the trance. 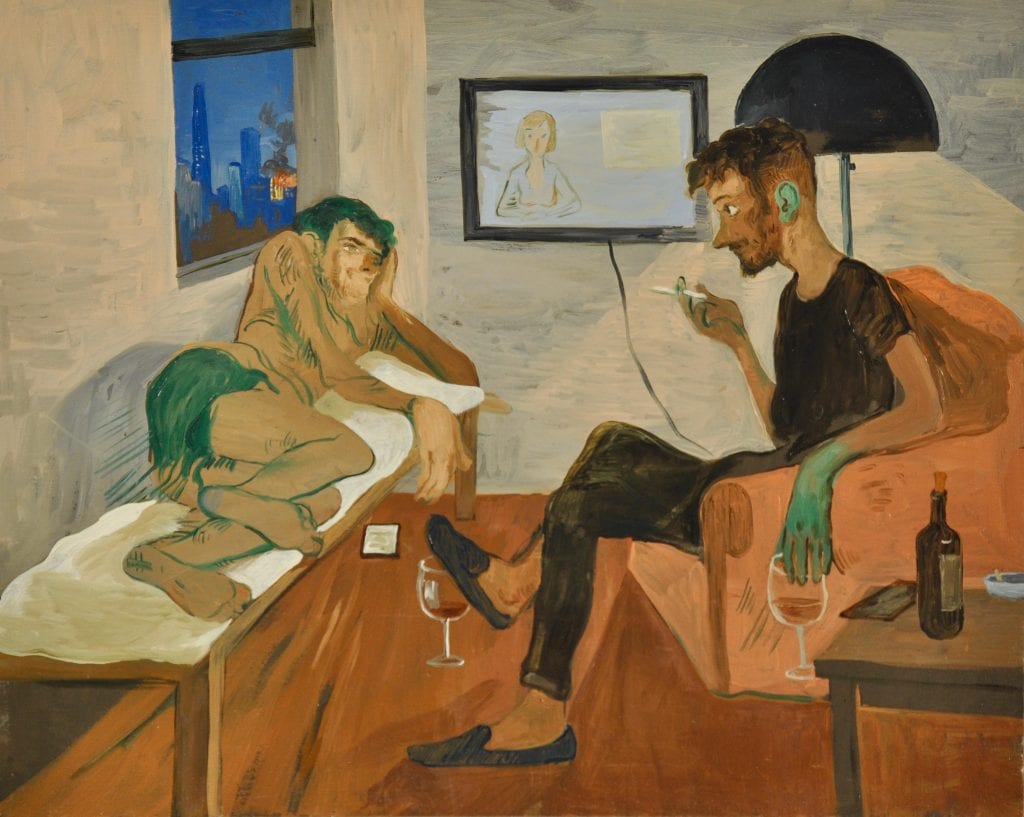 Size has played a large role in your work – you have kept your panels pretty small until recently. What has working on a bigger scale brought up for you?

It took me a while to figure out that for large work I need bigger brushes, a lot more paint, and of working with my elbow rather than my wrist. Huge difference! 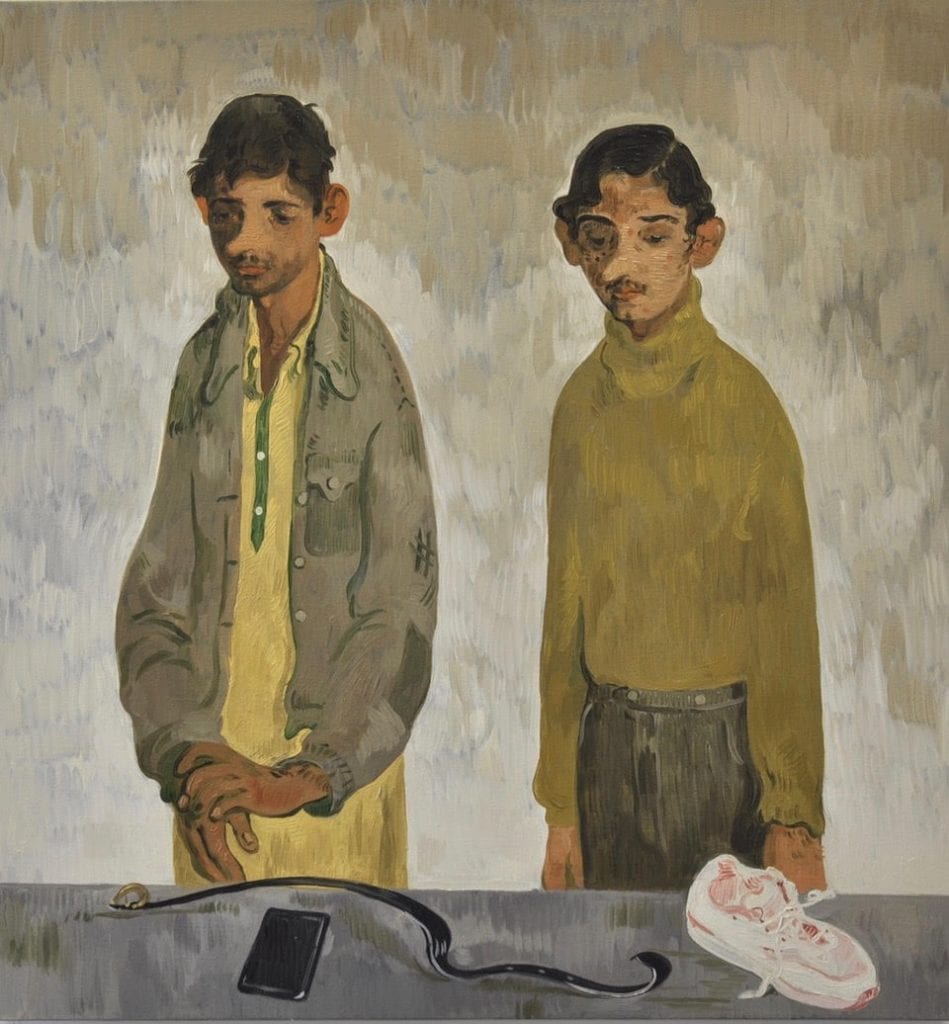 How does your Pakistani upbringing influence your work?

I feel a thrill in bringing together paintings based on memories of growing up in a conservative middle class home in Pakistan with paintings of the freedoms we enjoy in a city like NYC. I hope to make these seemingly incongruous parts into one story, creating a dialog between cultures, and enriching my adoptive culture of the United States. 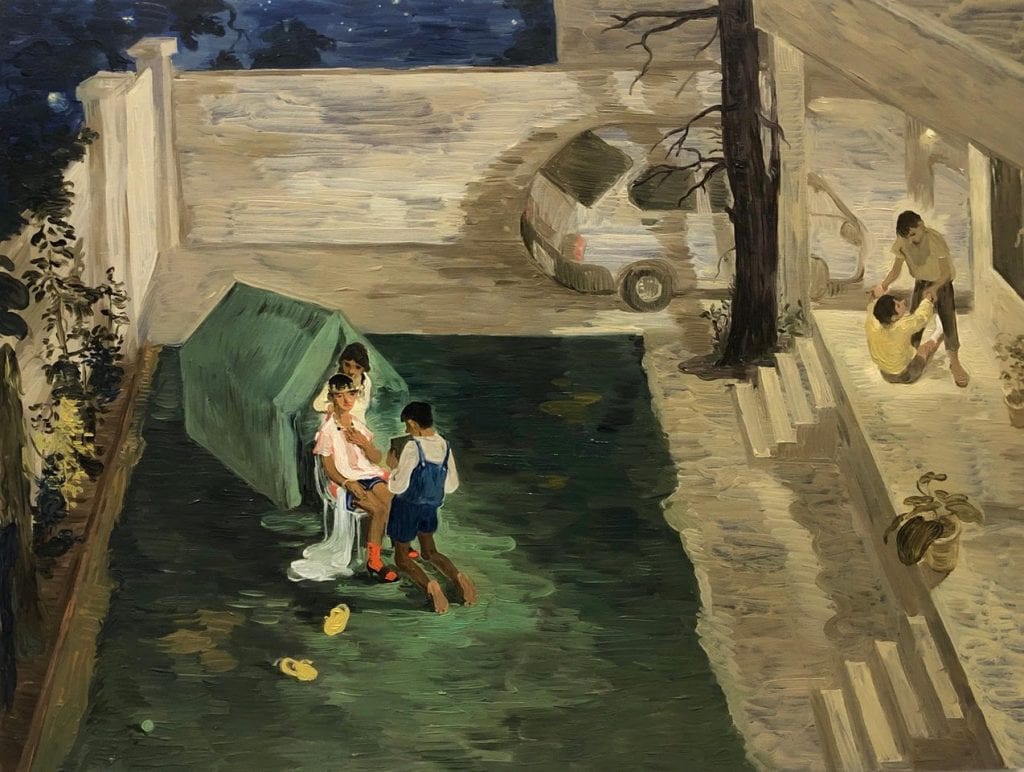 I have a museum show coming up at the Whitney in March 2020, but I’m gallery-less as yet! Getting gallery after the March show is what’s next for me. 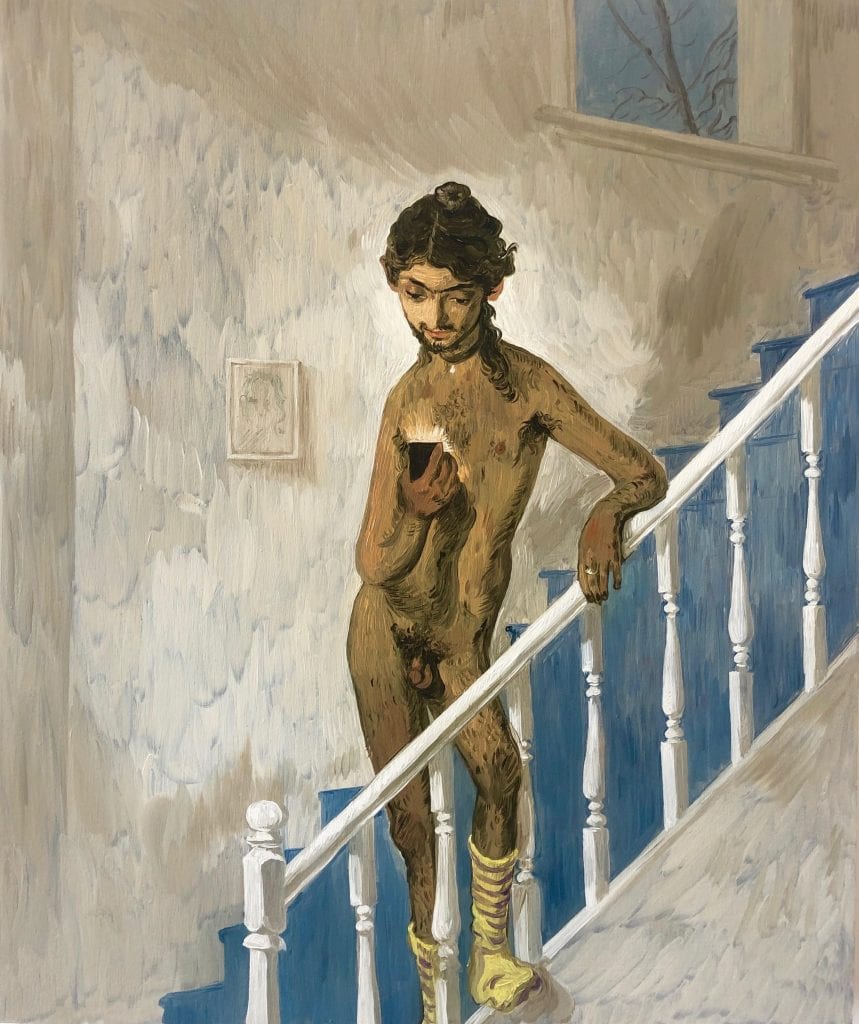 Doron Langberg! Love his work. Check it out.