Shaking Things Up with Nicolas Shake

Nicolas Shake lives and works in Los Angeles, California. His practice, including painting, photography, and sculpture, is influenced by current California Culture, its movements of the late 1960’s and 1970’s, and American Culture. Shake often looks to language as a tool to illustrate these themes and infuse them with his own stories. 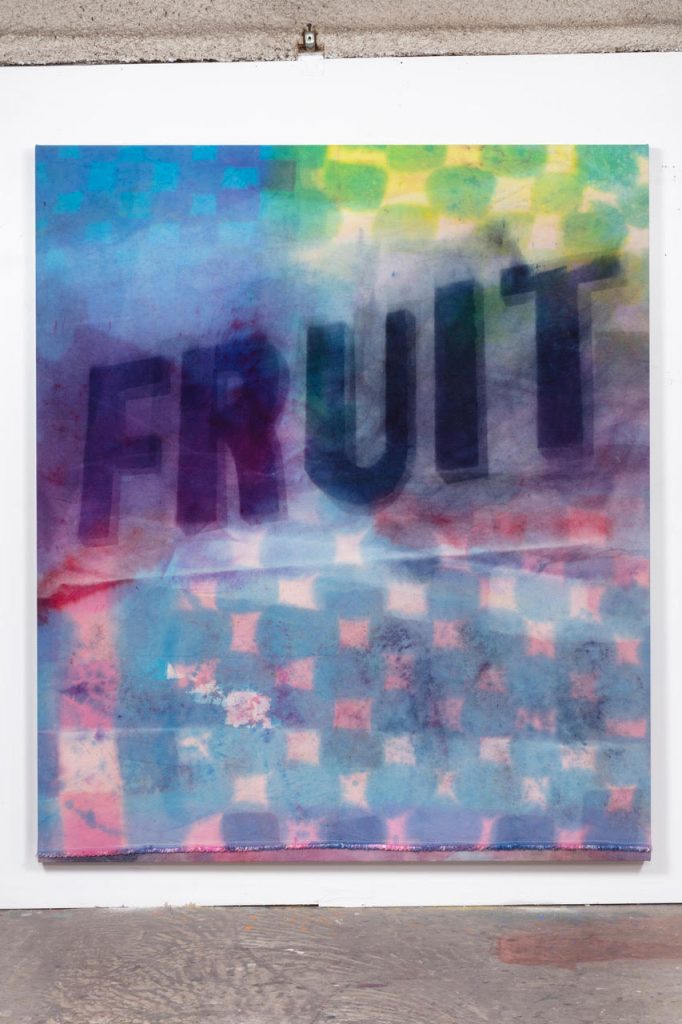 Tell us a little bit about yourself. Where are you from originally and when did art first enter your life?
I grew up in a town called Palmdale, it’s about an hour outside of LA. But my family has been in various parts of Los Angeles since the 30’s, my great-grandmother had a boarding house in Venice when there were still oil derricks there.

I don’t think I can pinpoint my first art encounter; there wasn’t much more than our town’s yearly fair which would host an art competition. So those early influences came more from large forms of cultural influence: skate, surf aesthetics, graffiti, and car culture. I always knew there was something beyond that. I just didn’t know where to look or how to access it. 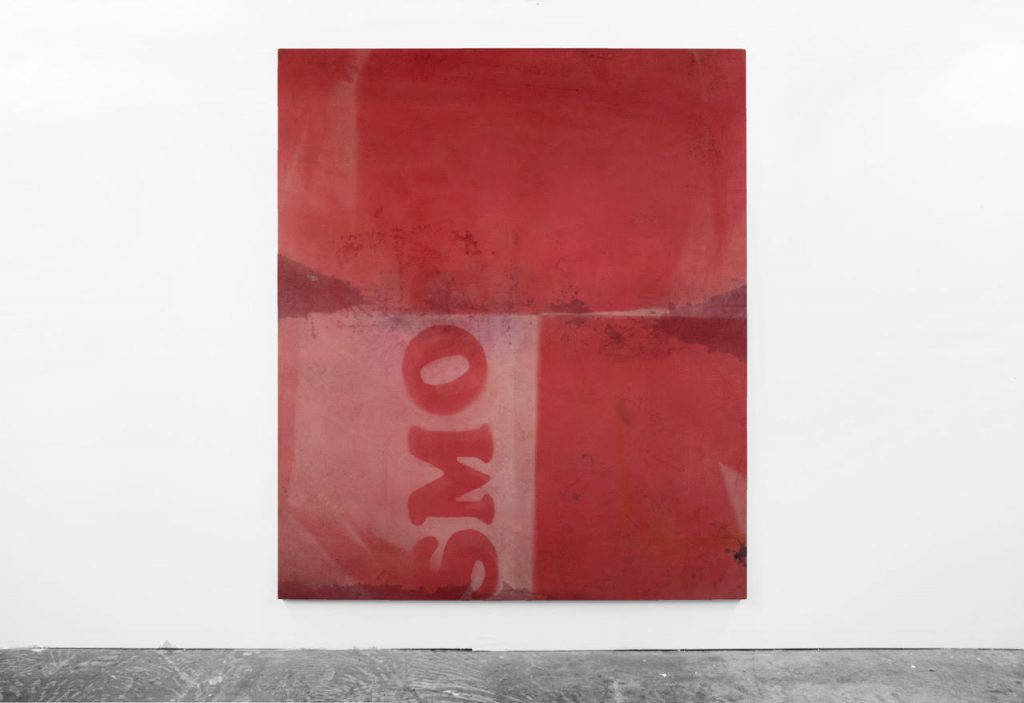 Has your work always taken on the style it currently embodies?
I work in so many different forms but I think the best story of development is how my current paintings came about… During grad school I did a lot of onsite work in the Mojave desert and I would always come across oxidized objects.. The sides which had sustained the exposure were bleached by the sun whereas they were these vibrant colors on the other side where they were spared unrelenting subjection. There was something in those objects that I wanted to implement into my work, I’ve always liked the idea that an object can possess its own life but it took almost ten years and my residency at The Chinati Foundation to get to a place where the philosophy and the form lined up. When I was in Marfa I had the time not only to think about the work but also the space to execute some of the first pieces in the current series.

What’s a day in the studio like for you?
My process is not limited to the time in my studio. I put in my hours there to both ideate and create works but the process is always occurring. A large part of what I do is observational, I’m always looking and absorbing information from various sources and that creates the rhizome of information which goes into my work. Then there are parts of my practice that I refer to as tending cattle. For instance, my canvas works are dyed in my studio in LA and then transported to the outskirts of LA county where I tend to them over months to foster their development. 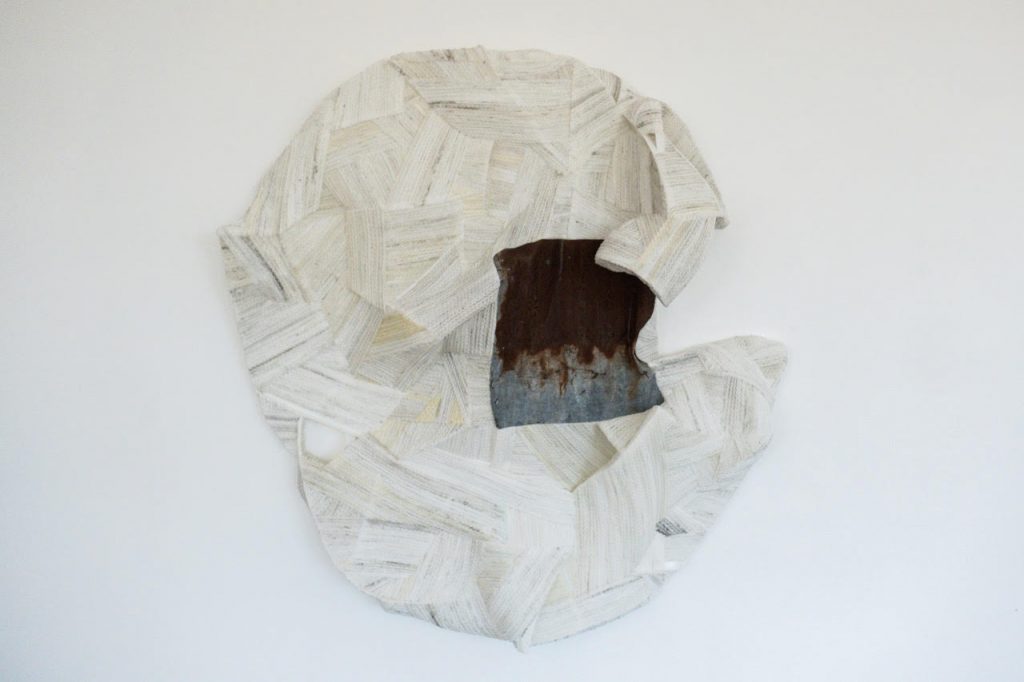 What’s next for you?
I don’t want to give away all the secrets. I have a few things coming up with my dealers Brant-Timonier (Dylan Brant and Stéphane Timonier), some publications highlighting my various bodies of work, and planning for some shows as well right now.

From where do you draw inspiration?
I glean information from all over, I didn’t have the common path to where I am now. Prior to going to art school I worked in a speed shop where we built American muscle cars, that expectancy has influenced my work as much as the first time I visited Dia Beacon. I pull a lot from what I refer to as the soft power of California culture, be it the landscape, Hollywood, or various cultural aesthetics. 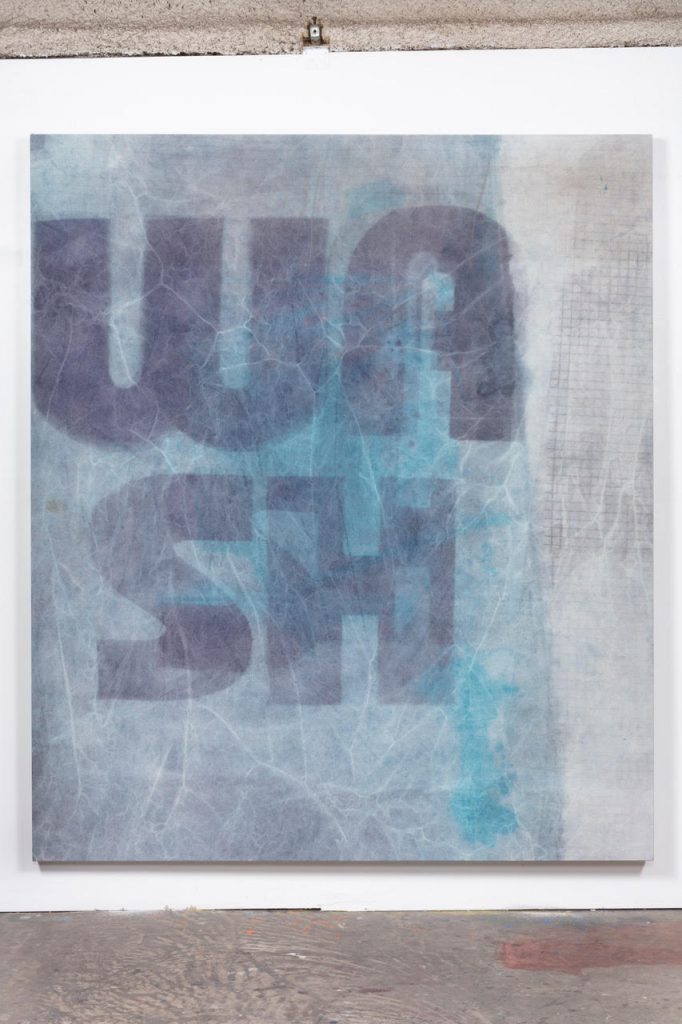 Have you always painted in the style your work currently inhabits?
The philosophy of the work has been consistent even if the production and process have evolved. I’ve always gathered a lot of information through photography and the past few years I’ve been using a Polaroid for that process. I like the unit of information it creates, the repetition, and indexing of a place, I find something very satisfying in those types of actions. My sculptures have had a similar process for about 10 years but my paintings had a big shift a few years ago.

What source material do you base your work off of?
I need to be out looking, and having conversations with other artists. A lot of the information I gather is from driving around the city and walking through a neighborhood. Sometimes those references are very direct, other times they are absurd and laid in a way that the original becomes buried deep into the work visually and conceptually. 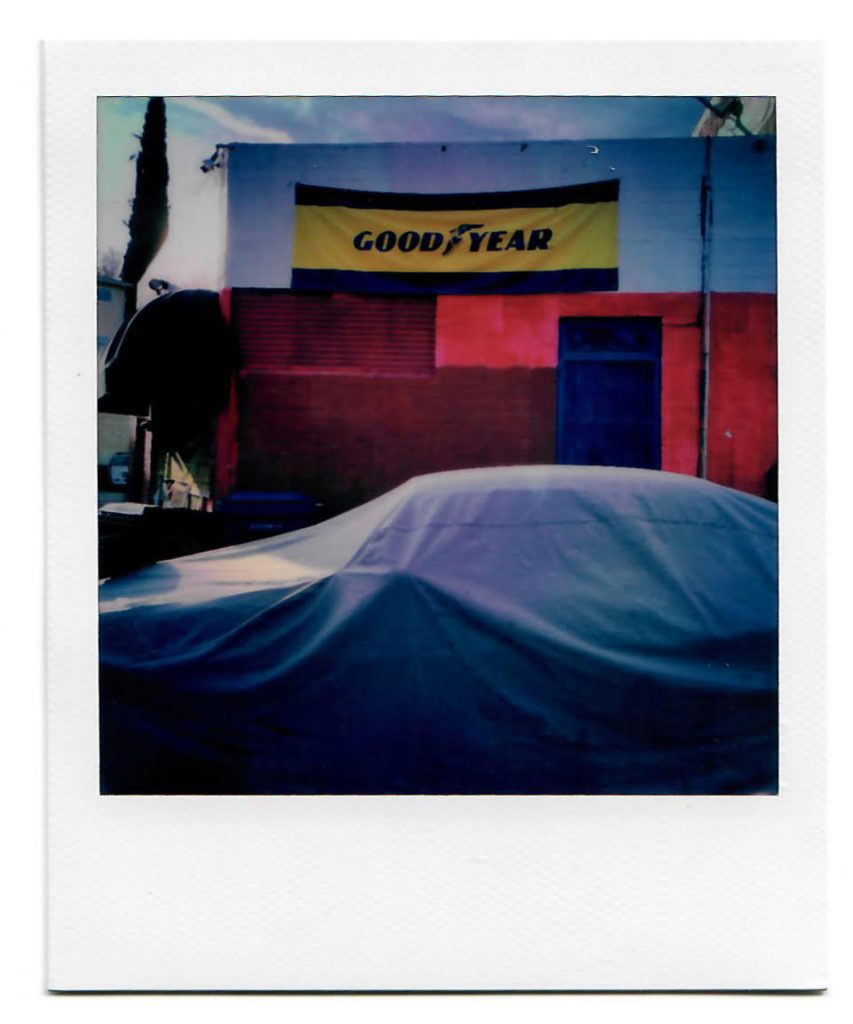 Does your work reference any Art Historical movements?
There are the movements that I have a philosophical kinship with, the Earthwork/land artists and the California Light and Space movement. Individual artists like Gordon Matta-Clark, or David Reed with a more process-driven approach to art making. That’s the benefit of these artists coming before me. I get to pick and choose the parts of their practice that intrigue me and focus on that. 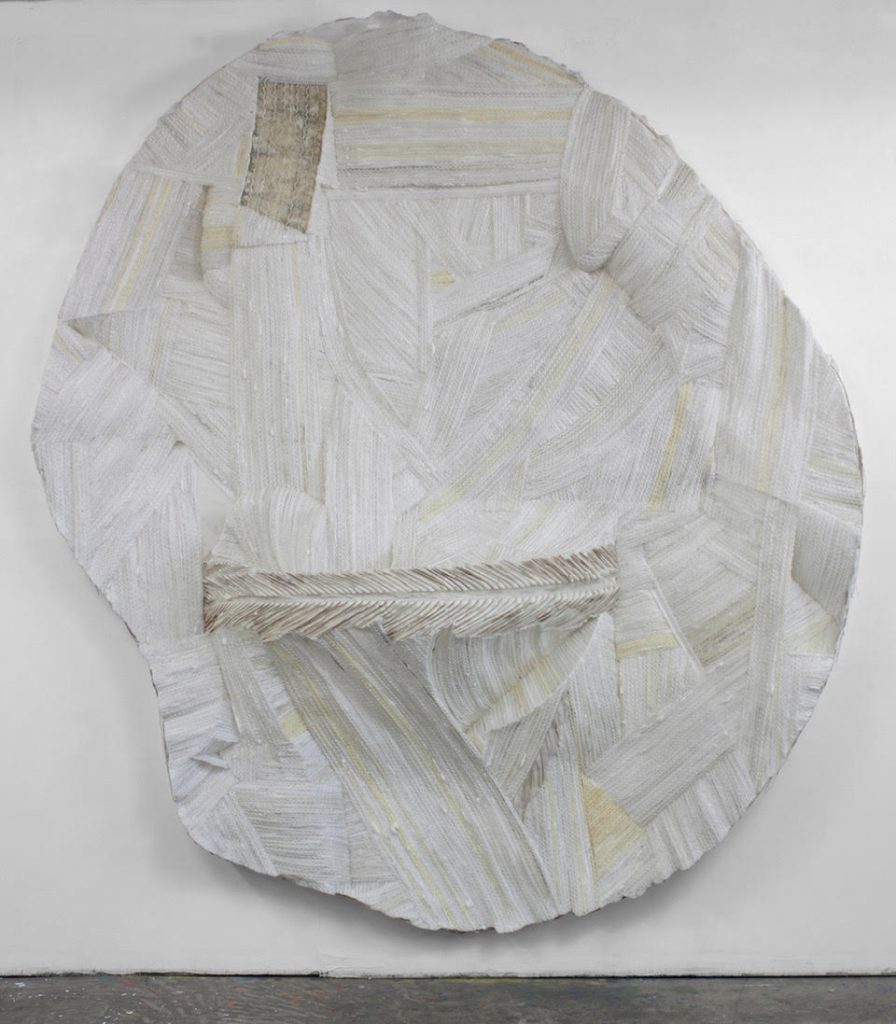 What is your process like? How do you begin a work?
There is something I say often during studio visits about my work and that’s “everything consumes itsself:” One idea leads to another, the momentum from one work rolls into another, the materials are reused and repurposed. I find different types of satisfaction from every form I work in but they all inform one another.

At the end of every interview, we like to ask the artist to recommend a friend whose work you love for us to interview next. Who would you suggest?
Olivia Van Kuiken is an artist who work I was turn on to recently that I really enjoyed. Also Rosy Keyser and Michael Reafsnyder are great too.