The Best Exhibitions of 2018

Art of Choice looks back at the year’s best shows 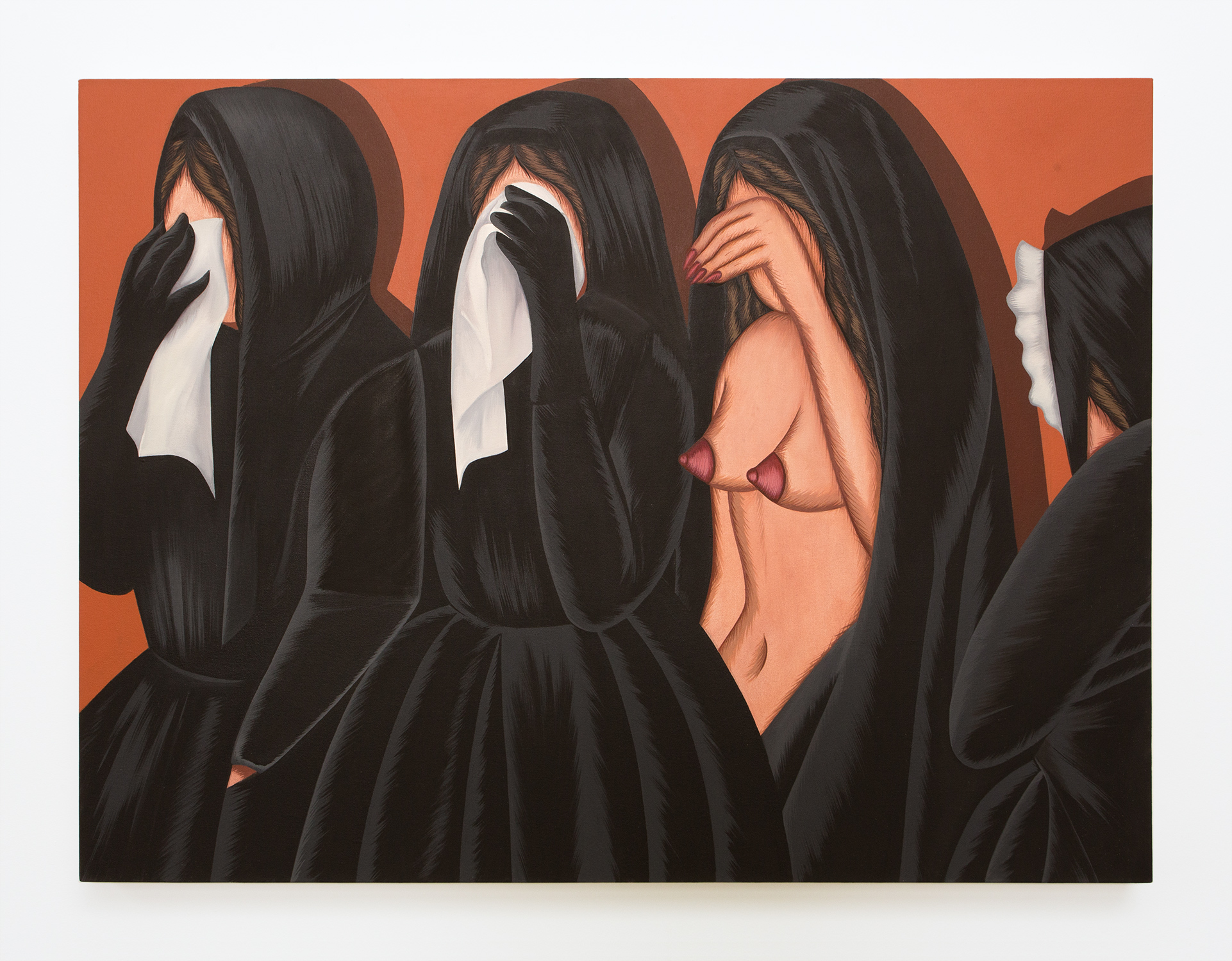 It seemed as though Julie Curtiss’s work was everywhere this year – and we are not complaining about it. In addition to Altered States, her first solo show at Various Small Fires where she is also represented, Curtiss was involved in a number of group shows on both coasts, all of the major fairs, and announced her representation by Anton Kern Gallery in November. Curtiss combines a delectable painting style with strange subject matter, creating a wonderfully seductive experience. Her show at VSF may have been her West Coast debut, but we expect to see Curtiss’s work popping up in many more arenas in the coming years. 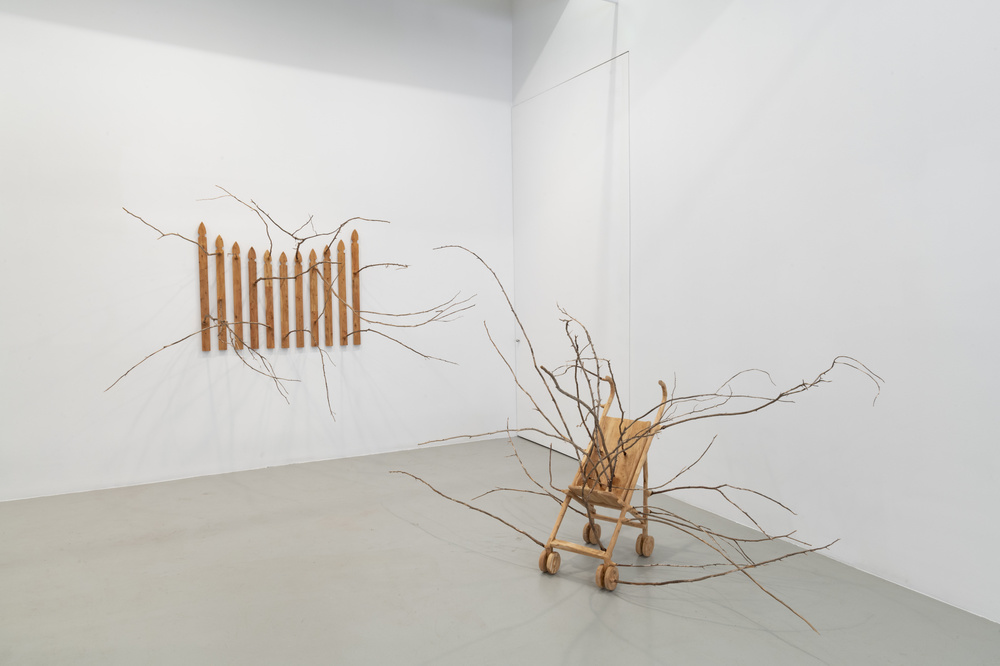 As uninviting as they may appear, we can’t get enough of Hugh Hayden’s wooden sculptures. Hayden constructs each piece with a natural barrier of spiky thorn and branch-like elements, inviting a larger conversation of border control and America’s growing role of division. Such works were the focal point of Hayden’s solo exhibition at Lisson Gallery, Border States. In the midst of the show, Lisson announced their representation of Hayden, a move as clutch as the exhibit itself. 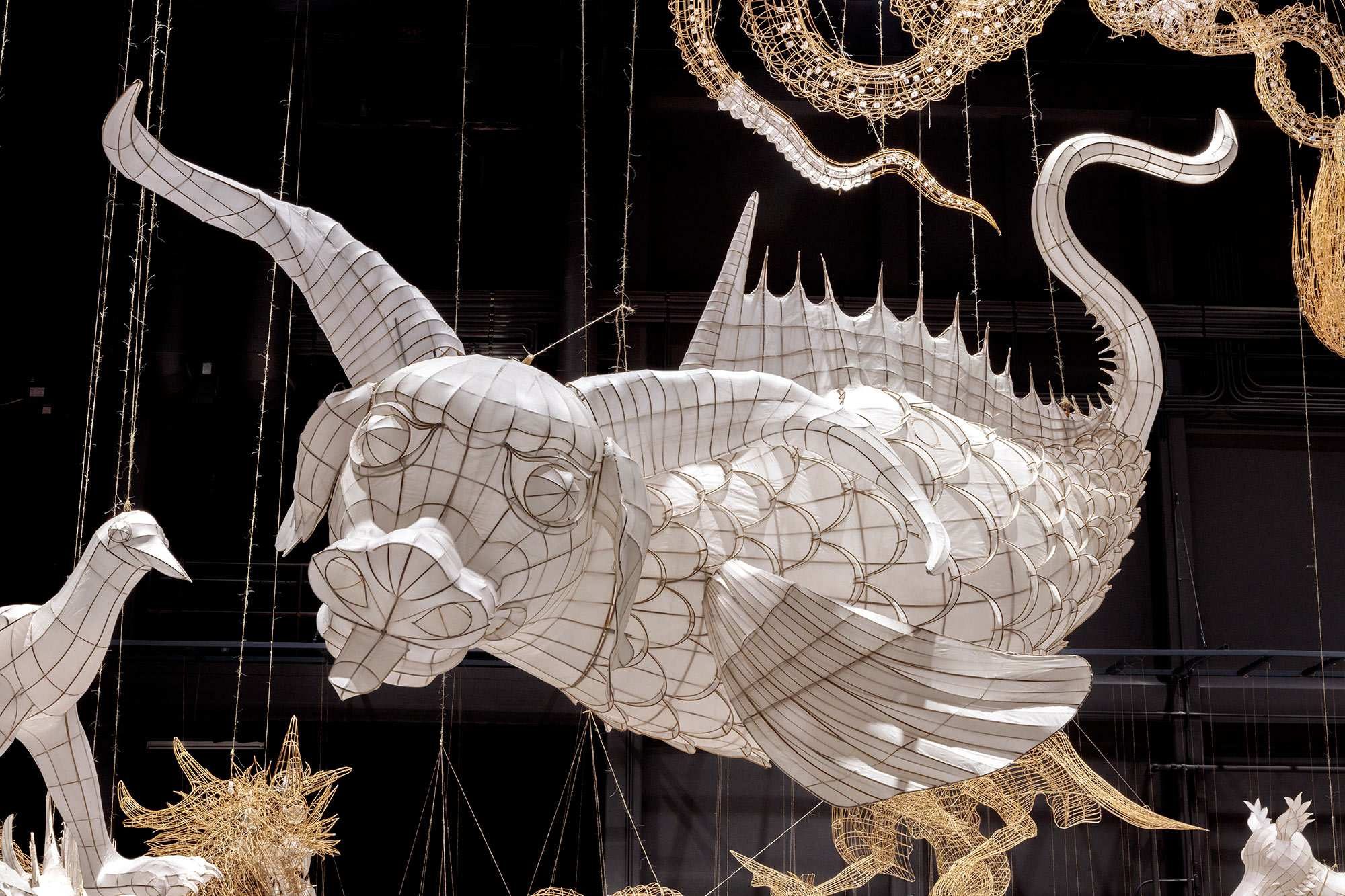 Ai Wei Wei’s art as activism is perhaps needed now more than ever. His ongoing project at the Marciano Art Foundation, Life Cycle, is a sculptural response to the global refugee crisis. Wei Wei’s art has always involved political and social justice. A child refugee himself, the artist finds common ground with the current international crisis and understands the need to view refugees as inclusive to our shared humanity. Life Cycle is a testament to that. 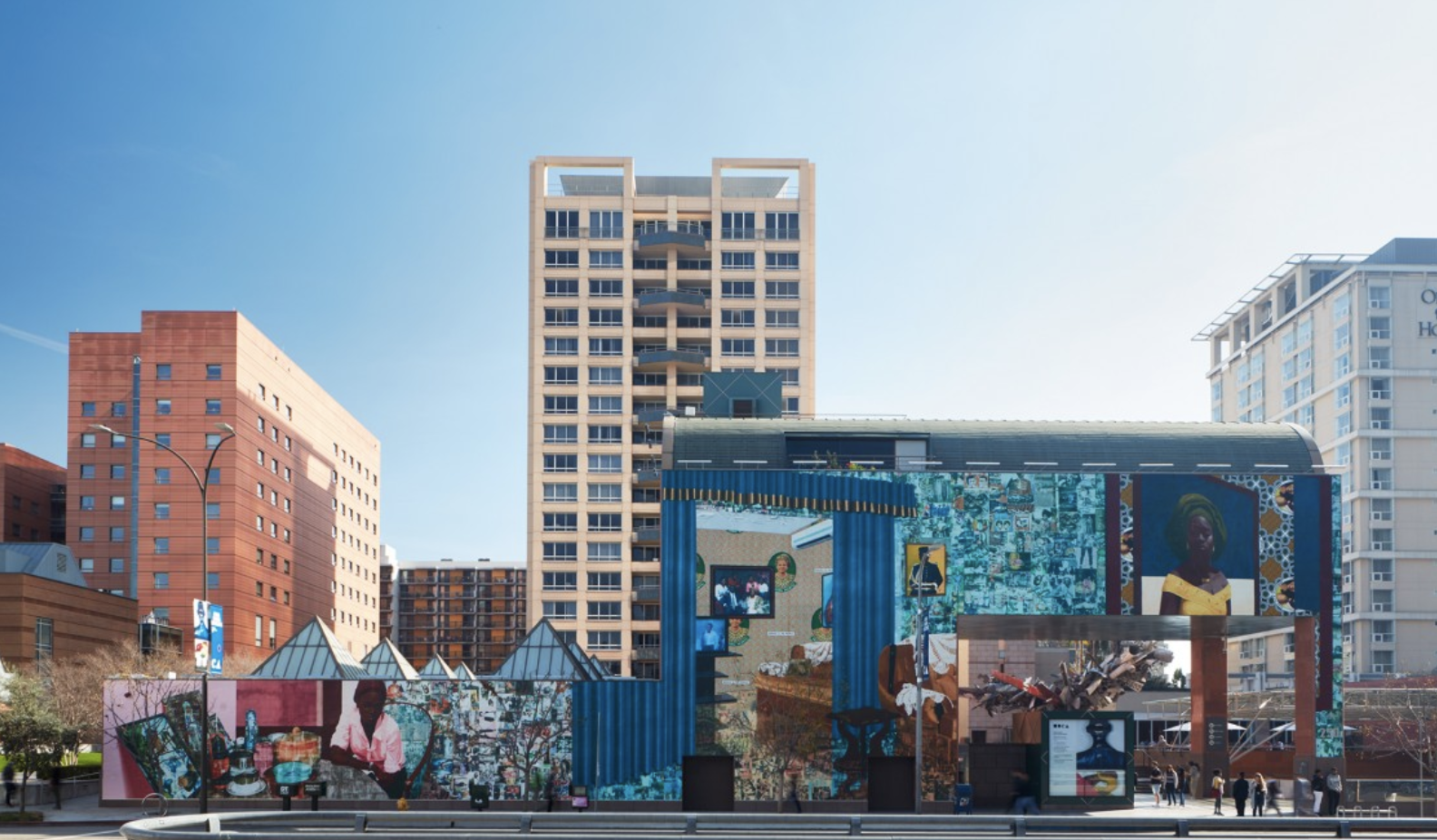 When the artwork of an artist like Njideka Akunyili Crosby is presented in the public realm, the world is better for it. Akunyili Crosby infuses her Nigerian background with her now home of America, using materials and cultural references from both histories. Her mural unveiled this year wraps the exterior of MOCA Grand Avenue, giving pedestrians and car-goers a commuting spectacle. Akunyili Crosby’s work alters the museum itself into a canvas. Texture, perspective, and scale are all explored from a unique vantage point, bringing museum-goers and by-passers alike into a rich, multi-layered experience.

Toyin Oijh Odutola, “The Firm”, 2017-18. Courtesy of the artist and Jack Shainman Gallery.

To say our anticipation for Toyin Oijh Odutola’s latest series of portraiture was high would be an understatement. The artist has caught our attention over recent years with her forays into storytelling and her ability to create a dynamic composition with just pastel and charcoal. When Legends Die, which spanned both of Jack Shainman’s New York locations, lived up to our expectations and gave our eyes and minds plenty to digest. Although we are sad to see this series of work come to a conclusion, we can’t imagine what Oijh Odutola will come up with next – and we are certainly here for the ride.

Hilma af Klint at The Guggenheim 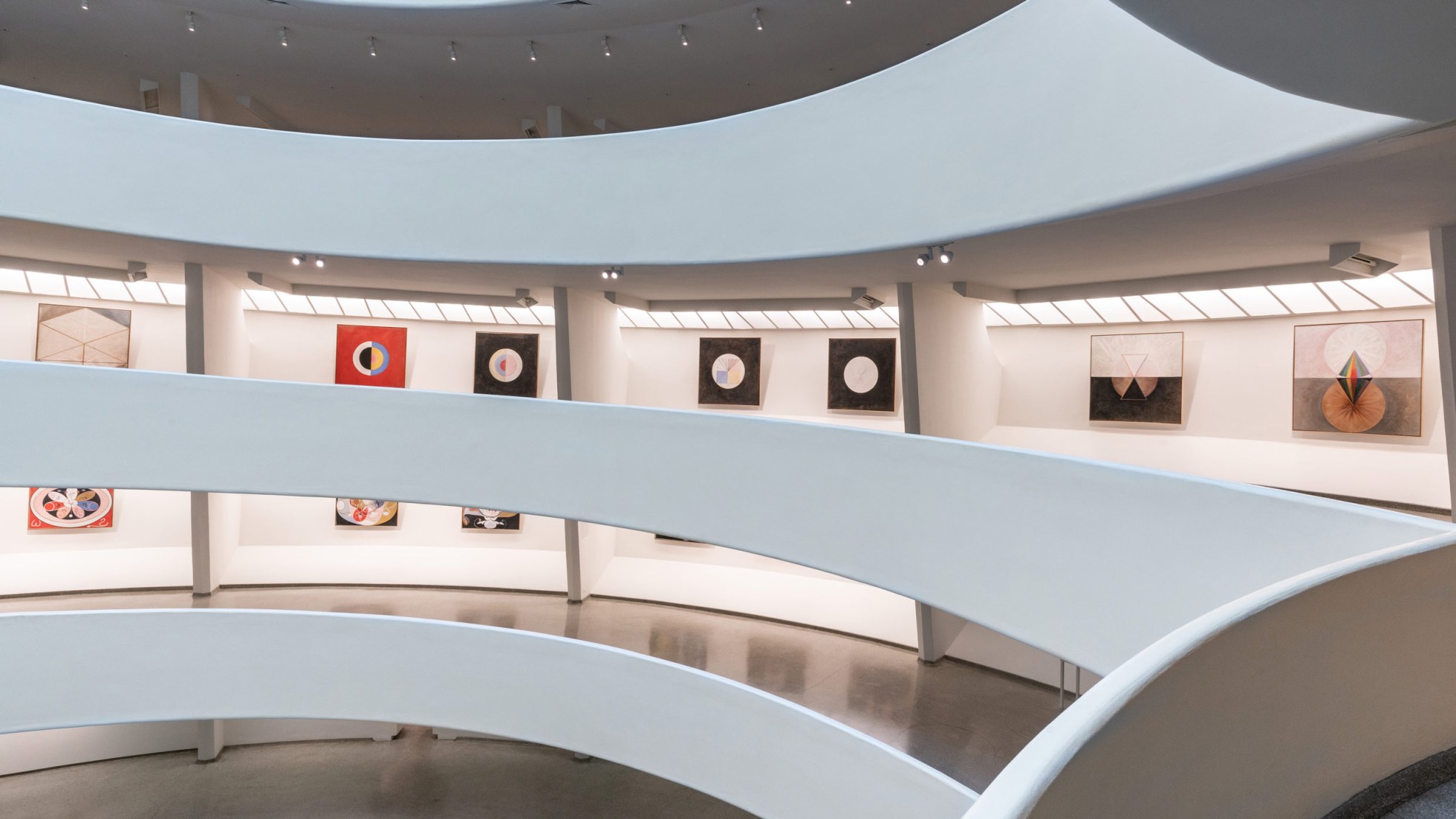 The Guggenheim’s retrospective of Hilma af Klint is the kind of show you plan to see again and again during its run. Easily one of the most captivating shows to grace the museum’s rotunda, the work of Hilma af Klint, as the exhibition title, Paintings for the Future, suggests, is truly ahead of its time. The combination of af Klint’s biography and her awe-inspiring work brings chills down your spine. Traversing the architecture of the Guggenheim has been likened to a spiritual experience. With af Klint’s body of work, which spans nearly her entire 80-year life, the spirituality present in the building is unmistakeable. You do not want to miss this once-in-a-lifetime exhibit of one of Art history’s best kept secrets. 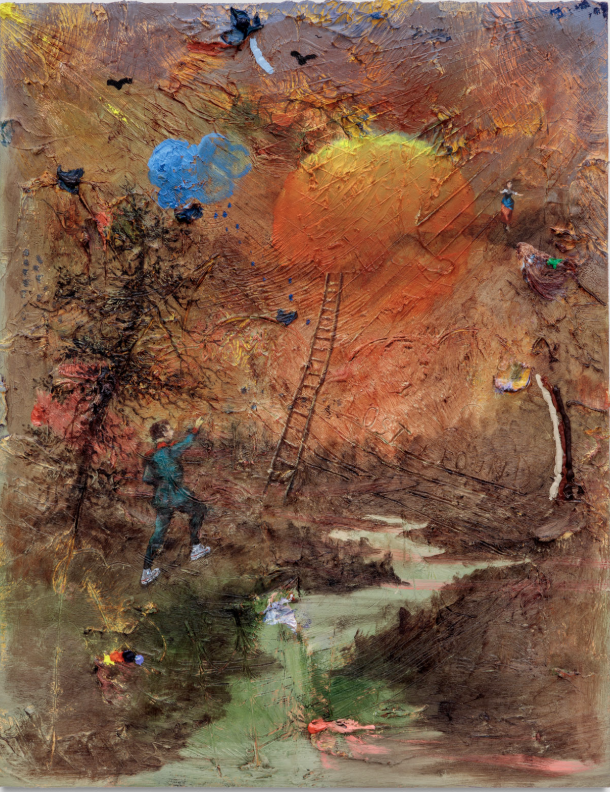 Friedrich Kunath’s latest body of work seems to perfectly encapsulate the feelings which society at large has felt in recent years. A common understanding of solitude, fear, and pain, mixed in with moments of comic relief come to life in Kunath’s One Man’s Floor is Another Man’s Ceiling. The show leads you between the two floors of Blum & Poe’s Upper East Side space, in a dual experience that speaks for itself. Canvases of striking landscape backdrops are paired with a red balloon, an animated woodland creature, or a scribbled reminder that “it gets easier.” Kunath somehow creates works that are both jaw-dropping in their beauty and entirely relatable at the same time. 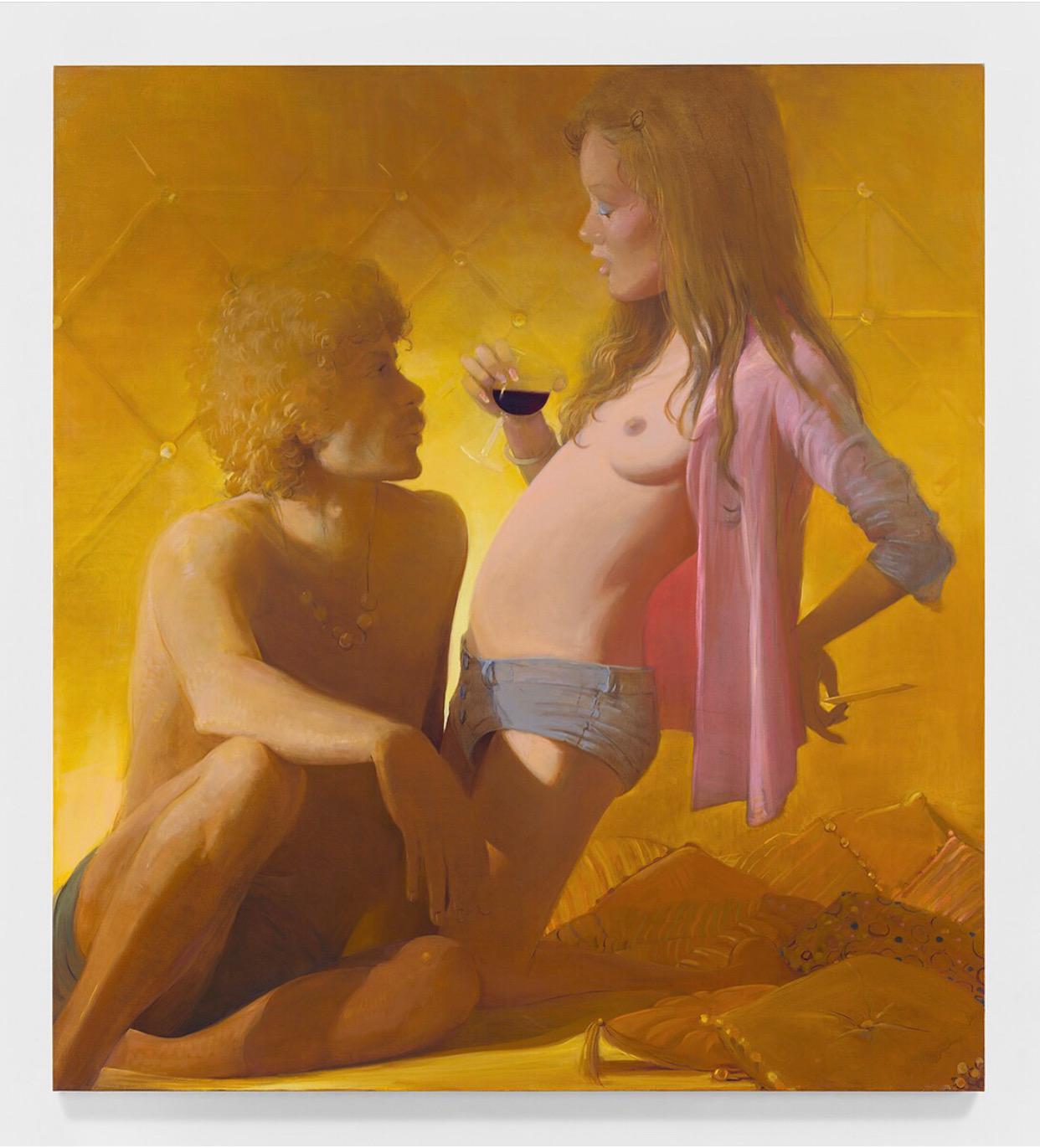 Lisa Yuskavage closed out the year with a two-part complimentary show spanning David Zwirner’s Chelsea and Upper East Side locations. In a stellar curated experience, one location housed a survey of numerous small works the artist has created throughout many years, the other featured new, large-scale paintings. Yuskavage’s works are mystical treats, telling stories that explode off of the canvas no matter the size. Her colors are vibrant to the point of digesting; her figures both alluring and creepy, classic and modern, beautiful and grotesque. Though she has been working in this way for decades, Yuskavage’s work feels right at home today. 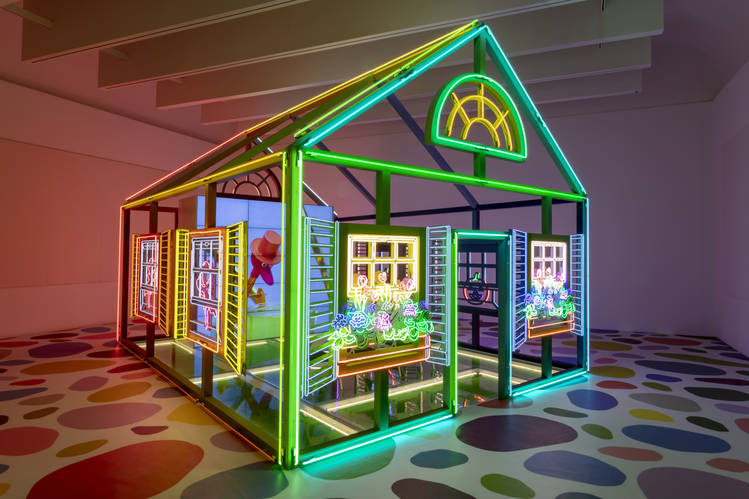 The oldest exhibition North American of contemporary art from around the world finds its home not in a major global art market but in Pittsburgh, PA. Only second to the Venice Biennale as the oldest international survey exhibition in the world, The Carnegie International began in 1896 and is celebrating its 57th rendition this year. In a pulsating move, the exhibition brings together the revered institution of the Carnegie Museum of Art with leading voices of the contemporary art world. Walking through the century-old building, you are greeted with the likes of Huma Bhabha, Mel Bochner, Alex Da Corte, Zoe Leonard, Kerry James Marshall, Lynette Yiadom–Boakye, and Leslie Hewitt, to name just a handful. The exhibit is a powerful statement to the burgeoning influence of art in the tumultuous times we currently find ourselves. 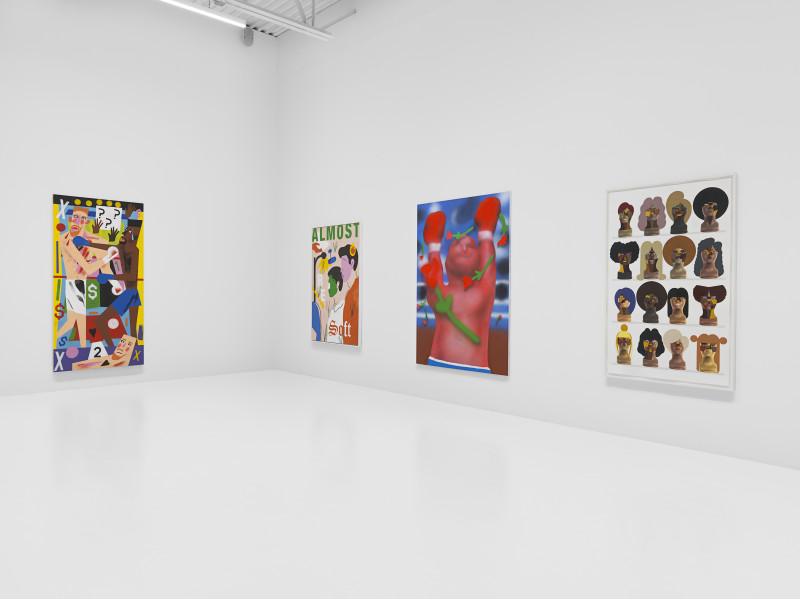 Last but certainly not least, is Jeffrey Deitch’s killer Fall 2018 group show, Punch. Bringing together some of the hottest artists influencing the DNA of today’s art world and curated by one such artist, Nina Chanel Abney, Punch was a knock-out show of modest proportions. The opening of the exhibit was a visceral testament to this energy, where you could literally feel the energy pulsating off of the crowd in an exciting, seemingly landmark occasion for the next generation of formidable artists.