The Best Exhibitions of 2019

This we know for sure: any exhibition in which Nicolas Party’s name is attached is sure to draw in crowds. The artist himself has skyrocketed in recent years with his elusive yet bold lexicon that captivates and attracts eyes all over the world. While he may be more accustomed to exhibitions consisting solely of his own work, with Nicolas Party: Pastel, the artist wears two hats, as both participating artist and curator. In an unprecedented move, Party combines the work of centuries-old masters with many of his contemporaries working today. Reading the entire artist list might insight some confusion at first for the variety of names and time periods which the artists are a product of: Rosalba Carriera (1675-1757), Mary Cassatt (1844-1926), Edgar Degas (1834-1917), Louis Fratino (b. 1993), Marsden Hartley (1877-1943), Loie Hollowell (b. 1983), Julian Martin (b. 1969), Toyin Ojih Odutola (b. 1985), Chris Ofili (b. 1968), Jean-Baptiste Perronneau (1715-1783), Billy Sullivan (b. 1946), Wayne Thiebaud (b. 1920), and Robin F. Williams (b. 1984). Linking all of the work together is its use of pastel as the medium. 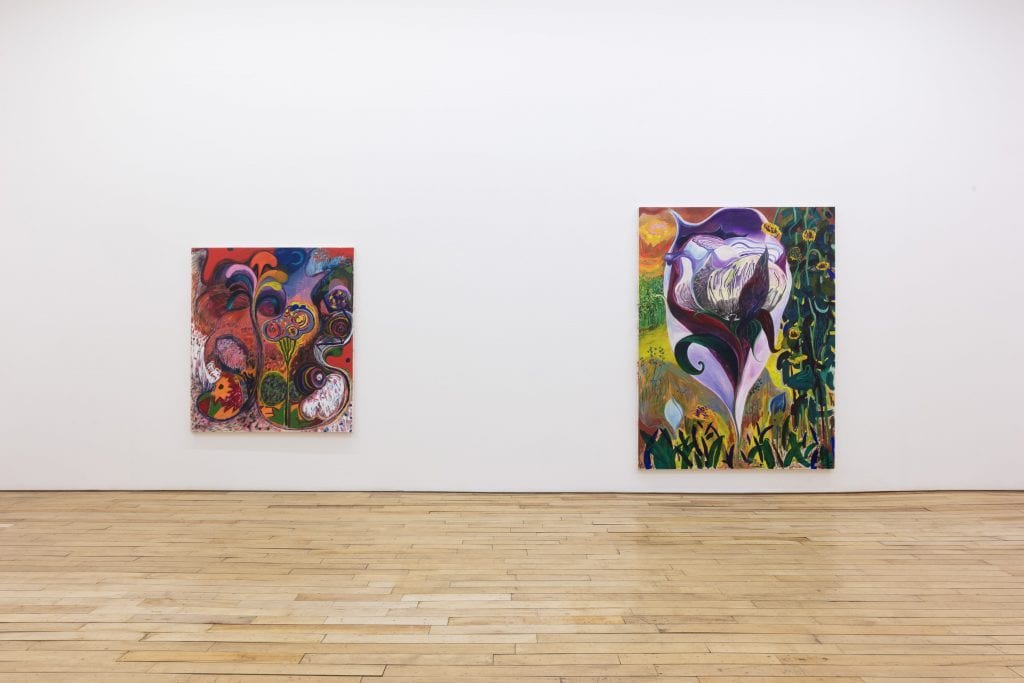 In her highly anticipated solo exhibition at Rachel Uffner Gallery, In Lieu of Flowers, Shara Hughes continued her exploration into landscape painting by focusing in on the representation of flowers. The flower as focal point is a deviation from Hughes’ previous works. Typical depictions of flowers generally exude joyous, upbeat feelings. Hughes infuses her floral landscapes with a range of emotion. Her paintings are hauntingly gorgeous, somehow emitting both attraction and anxiety on the same plane. The works feel like they have an energetic pulse, as though they could break free from the physical barriers of which they exist. 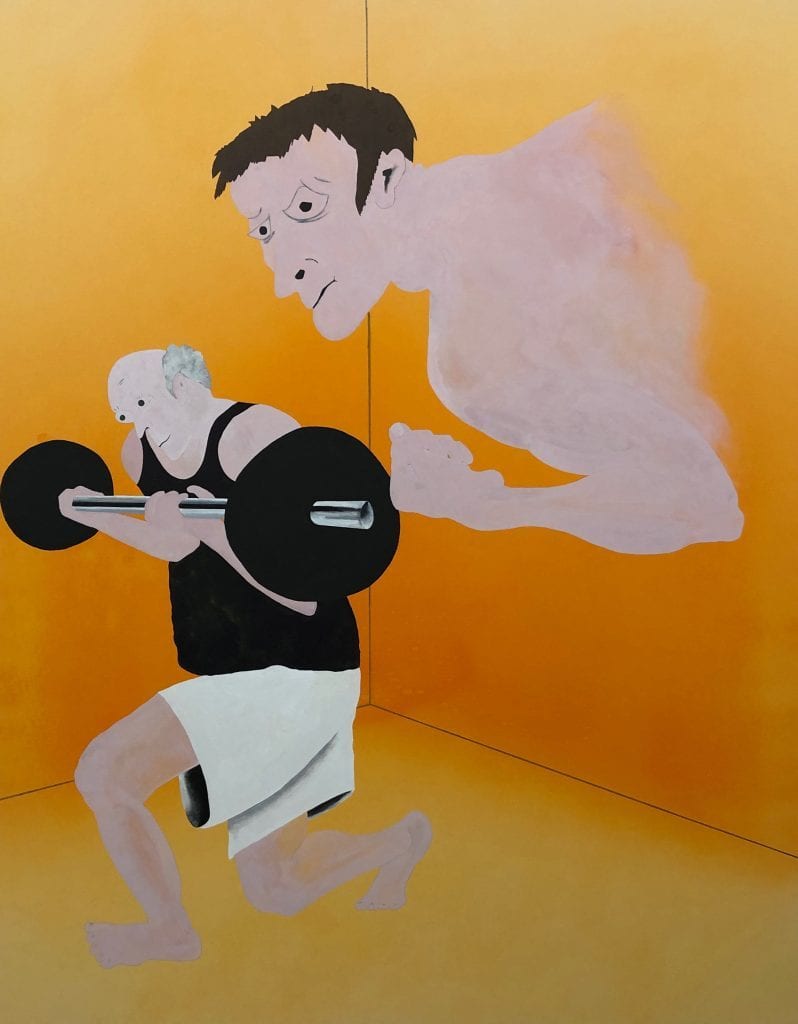 Operating since 1932, the Whitney Museum of American Art’s Biennial has showcased a collection of artworks reflecting the current state of America at large. No easy feat, the biennial has grappled with such questions as what exactly qualifies as American art? Is it art representing the US population? For the year prior to its opening, the appointed curatorial team traverses the United States, visiting artists in search of the most significant, exhilarating, and relevant work. This year’s result of those efforts, led by co-curators Rujeko Hockley and Jane Panetta, has yielded an exhibition of 75 artists. Diverse in their mediums, interests, demographics, and generations, the included artists together create one of the most groundbreaking groups the biennial has exhibited. Three-quarters of the participants and under the age of 40 and people of color are a majority. Of the 75 artists, only five have previously exhibited in a Whitney Biennial. Some of our favorite artwork in this year’s rendition included work by Janiva Ellis, Marlon Mullen, Jennifer Packer, Jeanette Mundt, and Calvin Marcus among many others.

Jean-Michel Basquiat at The Brant Foundation 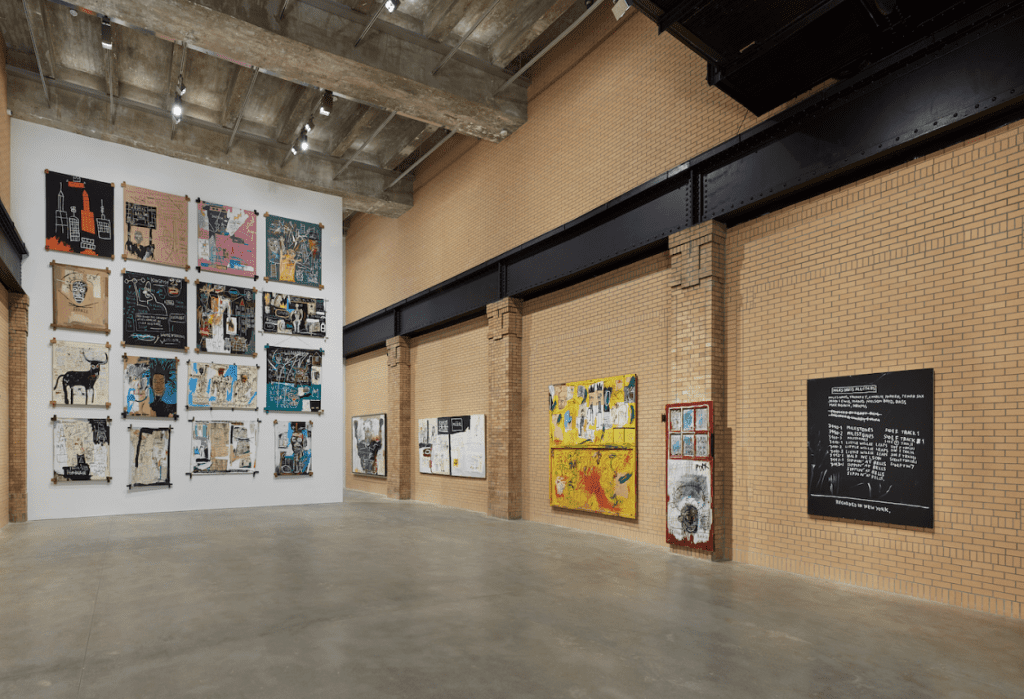 In 2019, The Brant Foundation opened a Manhattan outpost with an unforgettable show. Located in what once was Walter De Maria’s East Village studio, the space features multiple floors where its history feels palpable. With these various forces at play, it is only fitting for its inaugural show to feature one of the neighborhood’s most iconic and impactful artists. Curated by Dr. Dieter Buchhart, and organized in collaboration with Fondation Louis Vuitton, the exhibition featured works spanning the artist’s entire oeuvre. Though Basquiat’s work can feel ubiquitous, this particular grouping was a powerful testament to the artist’s impact over the course of his short life. 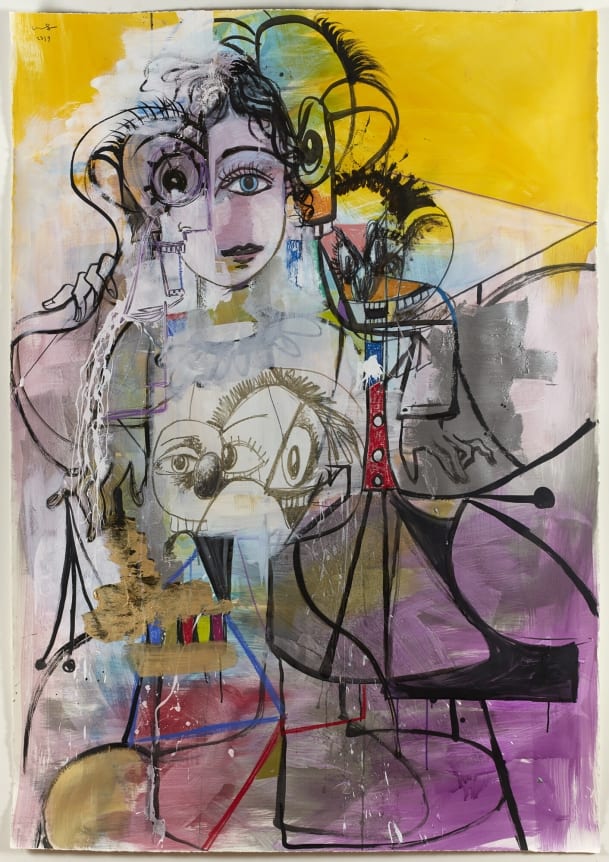 George Condo’s latest show at Skarstedt proved that the artist has the capacity to continue to stretch and push his practice. Featuring paintings, as well as expansive works on paper, Skarstedt mounted an epic showing of the artist’s undeniable mastery. While all works possessed psychological hints, they varied widely in color palette and figurative elements. Three massive, vibrantly colored paintings, measuring 11 x 10 feet, are awe-inspiring anchors to the show. In addition to galleries of detailed works on paper that have as much punch as his paintings, Condo created a suite of striking black paintings, unlike much of his colorful trademark work.


Amy Sherald at Hauser and Wirth 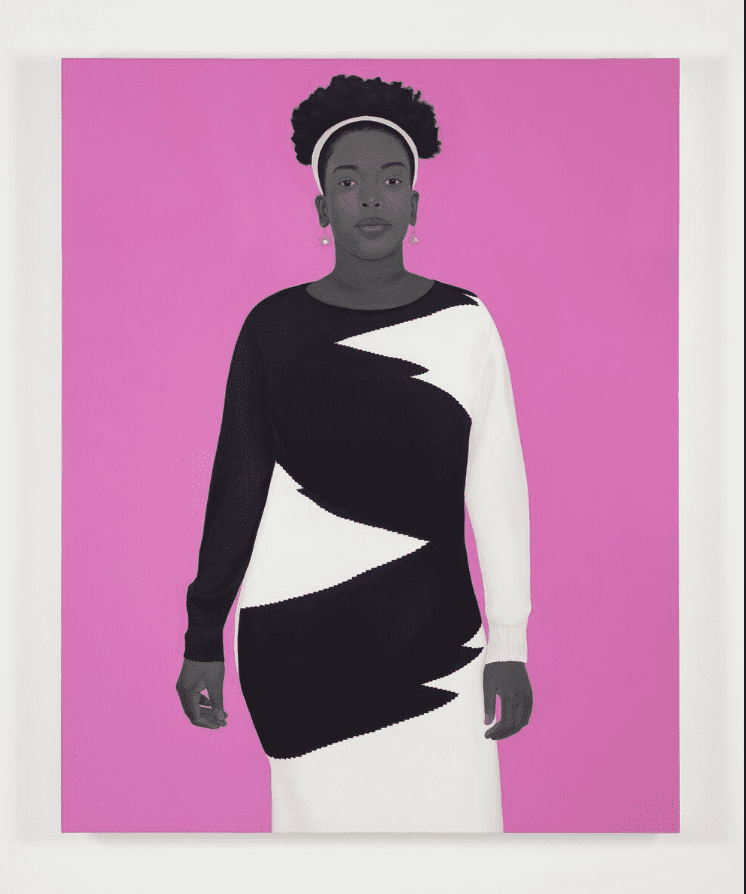 In her debut show with Hauser and Wirth, the heart of the matter…, Amy Sherald produced a series of portraits that reclaim the American Realist tradition. Sherald gained acclaim after producing a widely celebrated portrait of Michelle Obama for the National Portrait Gallery. The captivating body of work documents contemporary black experience, pairing the dark hued skin tones with striking colors making up the clothing and backgrounds surrounding the figures. The small amount of defining detail which Sherald provides is just enough to feel as though you know the essence of her subjects. She paints with a universal understanding of what it is to be a human, a gift for all in modern day. 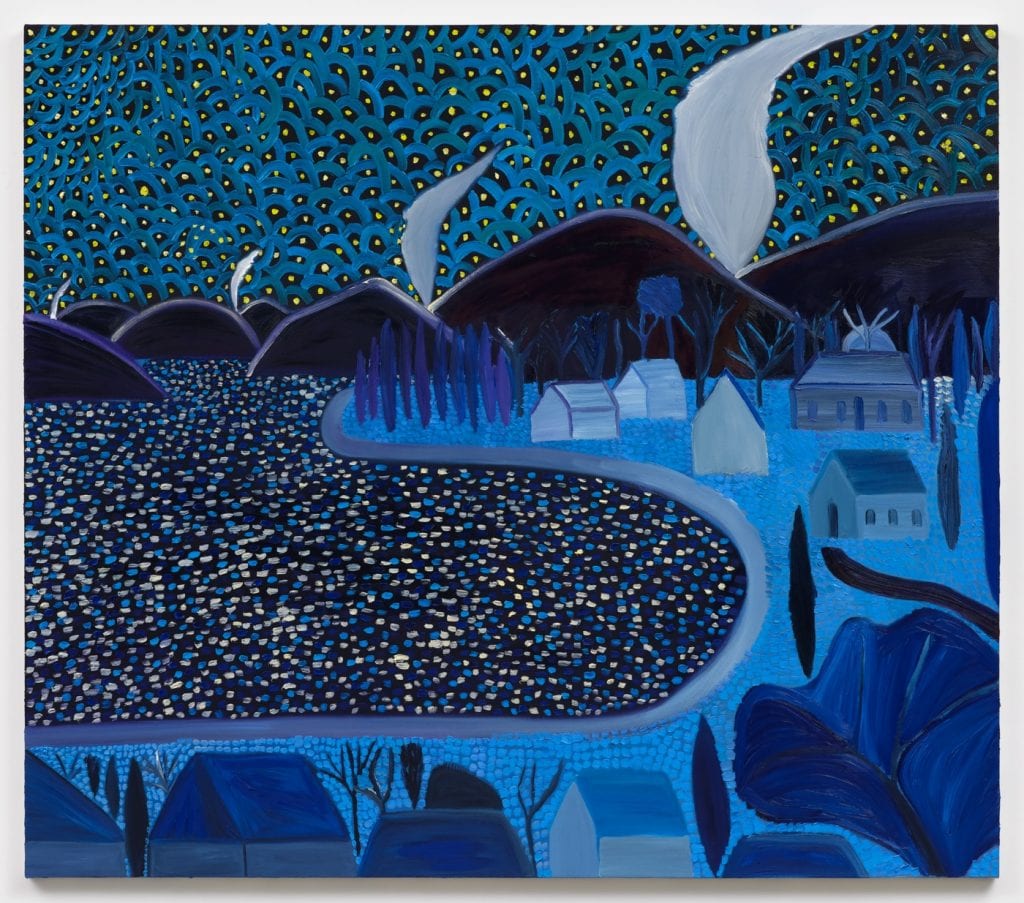 In October, KARMA opened the first exhibition of Matthew Wong’s work post-mortem. The exhibition was breathtakingly emotional, perfectly immortalizing the gentle soul of the incredible artist. Previous work by Wong embodied the daylight with hues of yellow, orange, and green predominantly taking over the canvas. In this body of work, Wong moves into the time of day when the sun is escaping the sky, specifically placing these works under the halo of the penumbra or the outer region of a shadow where light crosses over into dark. As specified in the title, Blue fills the gallery walls with works examining the ways in which this color can evoke various scenes, feelings, and human experiences. All of Wong’s work have evoked a certain level of melancholy and sadness but this latest showing does so with a new understanding of the artist behind the work.