“The Rest” Shows Artists Nonconforming in Their Approach

Having a style of art that becomes known as your “trademark” can be double-edged sword for artists. On one hand, having your work become so well known that it can be recognized by appearance alone is without a doubt a sign of certain accomplishment in your career. On the other hand, once you have a style that you are well known for, it can feel as though you need to keep creating in this way – that popular demand has more control over your practice that personal will. 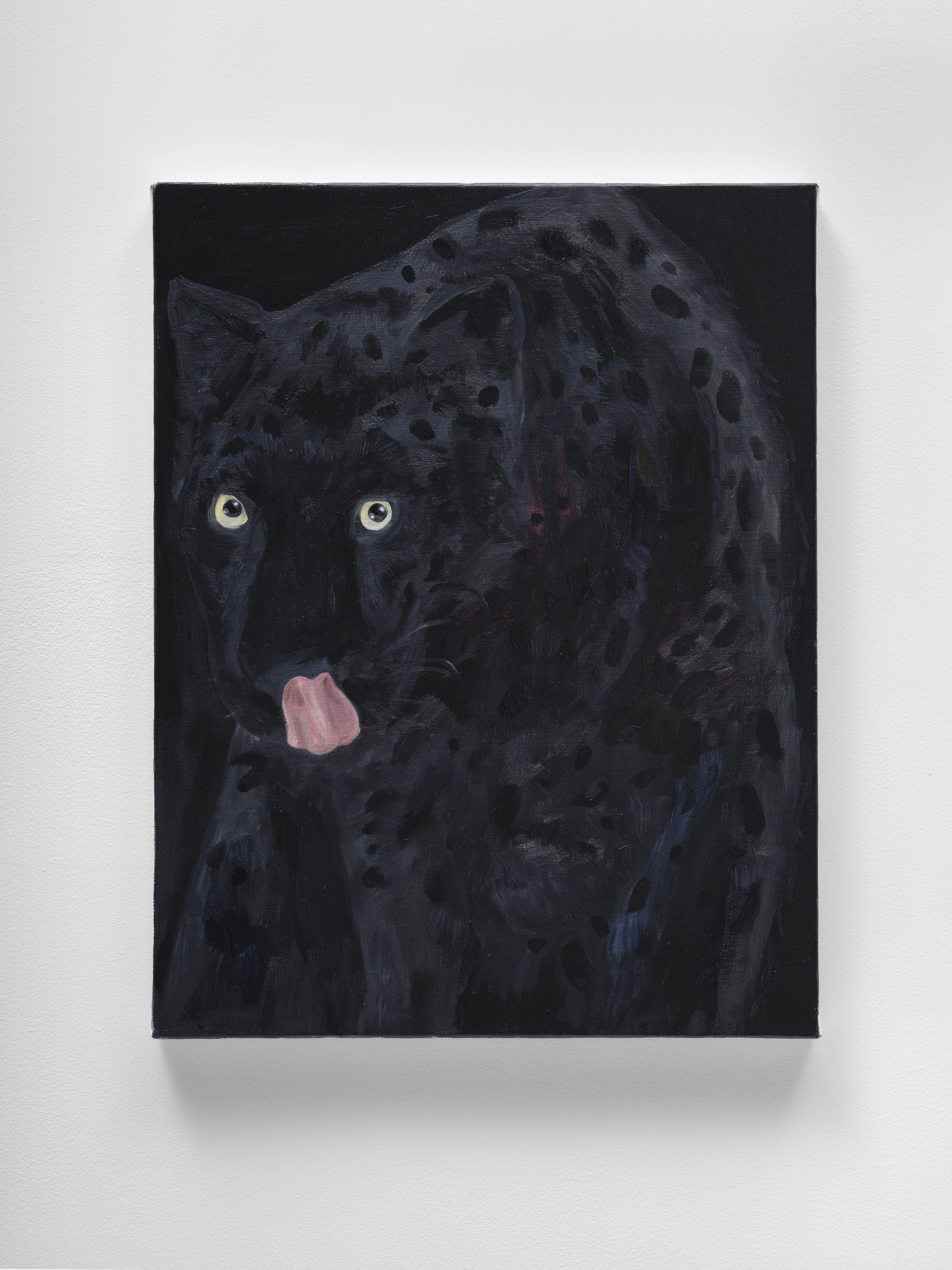 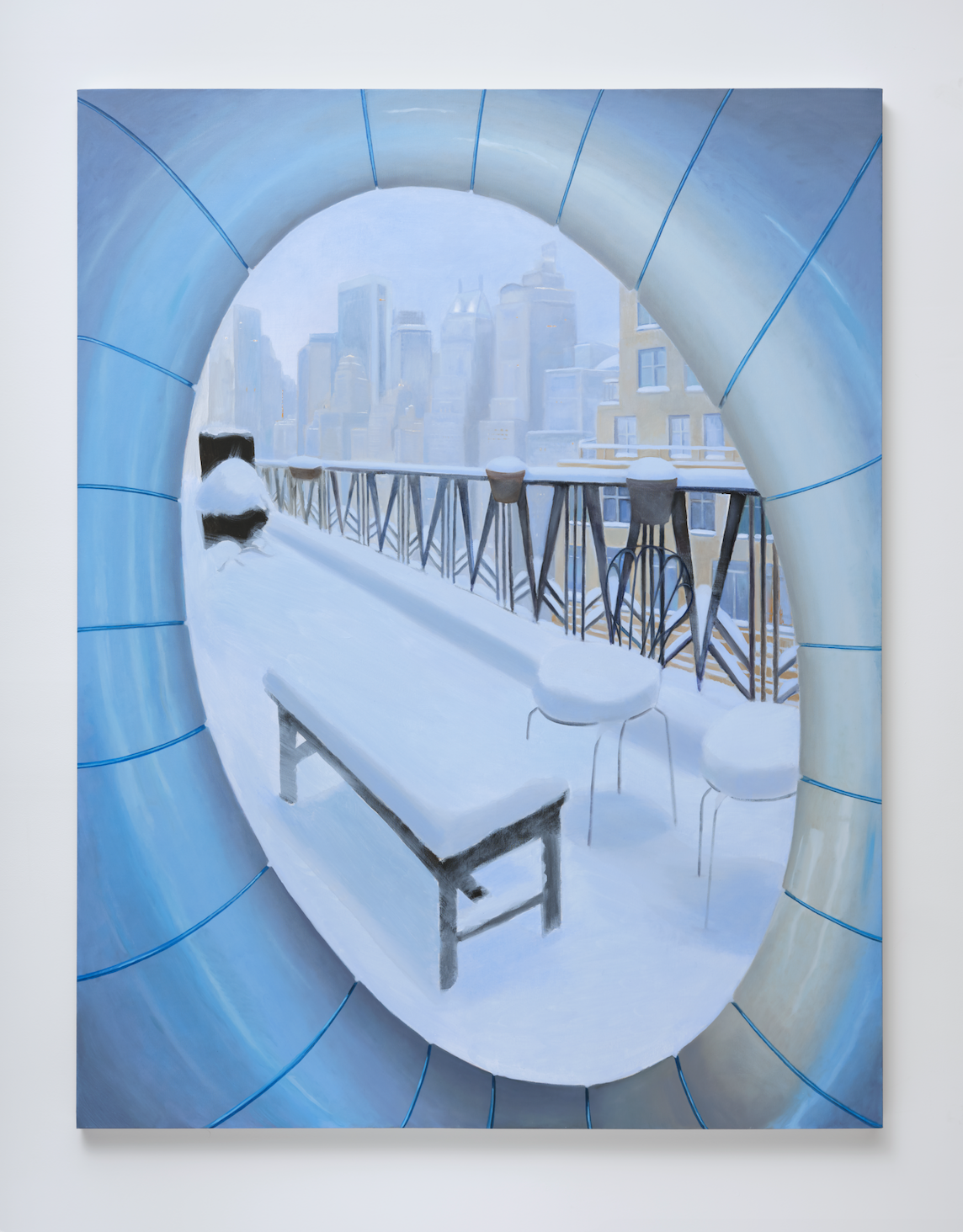 The artists currently on view in Lisson Gallery’s group show The Rest, defy creating in a singular style. It is rare that works so dissimilar can exist in such unison in the same gallery space, however, Lisson accomplishes this feat. 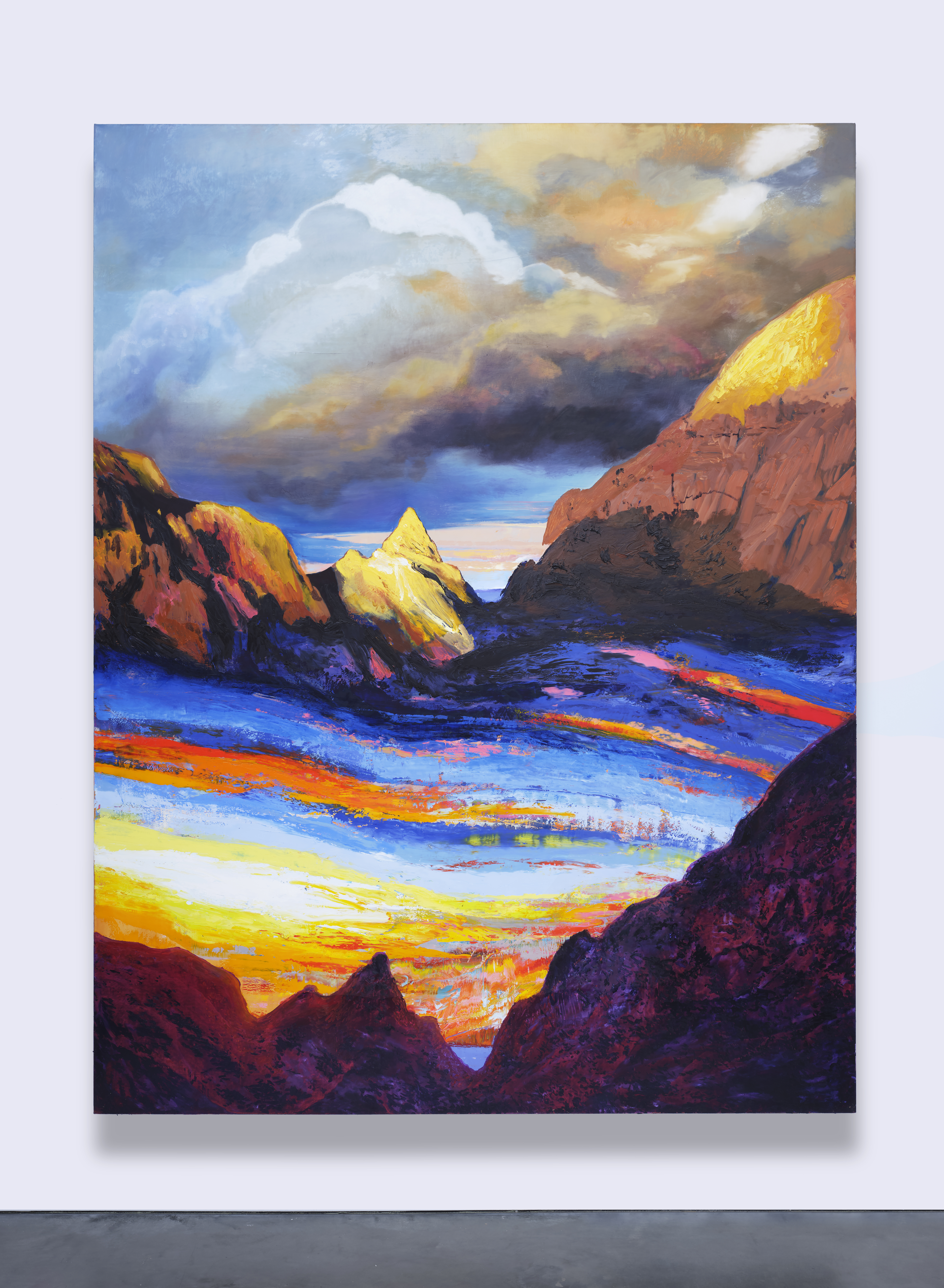 Displaying perhaps the most stylistic differences are the works of Van Hanos. On one gallery wall, a landscape painting that oozes with vibrancy and charge hangs at over 8 feet tall. Hanos’ landscapes make the genre exciting again. The work, titled “Portrait of our Mother as a Mountain”, leaves your senses in a trance in which you happily remain stuck. Directly opposite from Hanos’ captivating mountain portrayal is a figurative work with much less precision and more illusionistic qualities. Here, using the same medium of oil on linen, Hanos paints the blurred bodies of two lovers perched naked on a bed, staring directly at the viewer in a confrontation of sorts. The title “Figure Eight” hints at the shape their bodies form together – an effortless balance up of limbs, skin tones, and genitalia existing among one another. 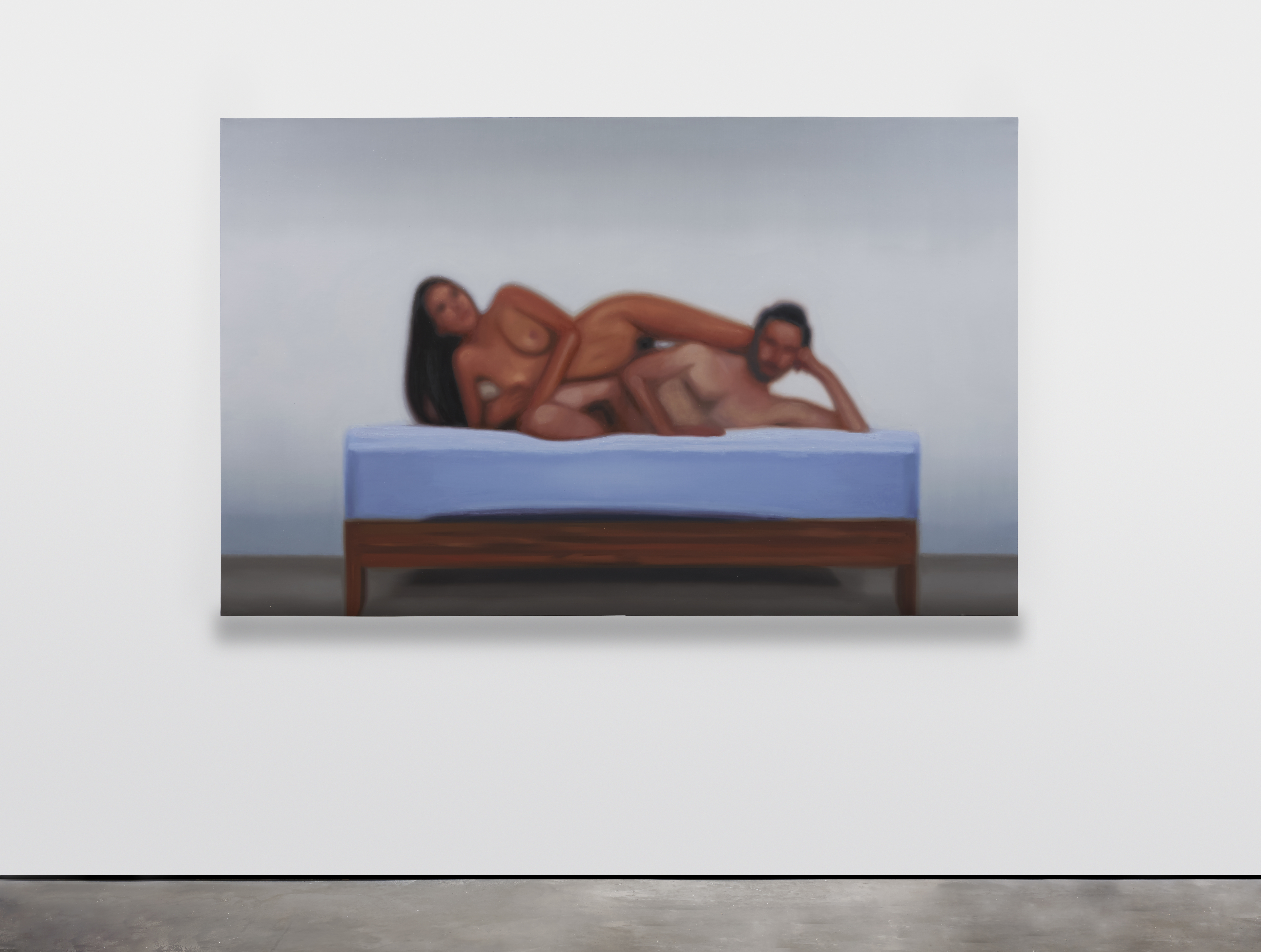 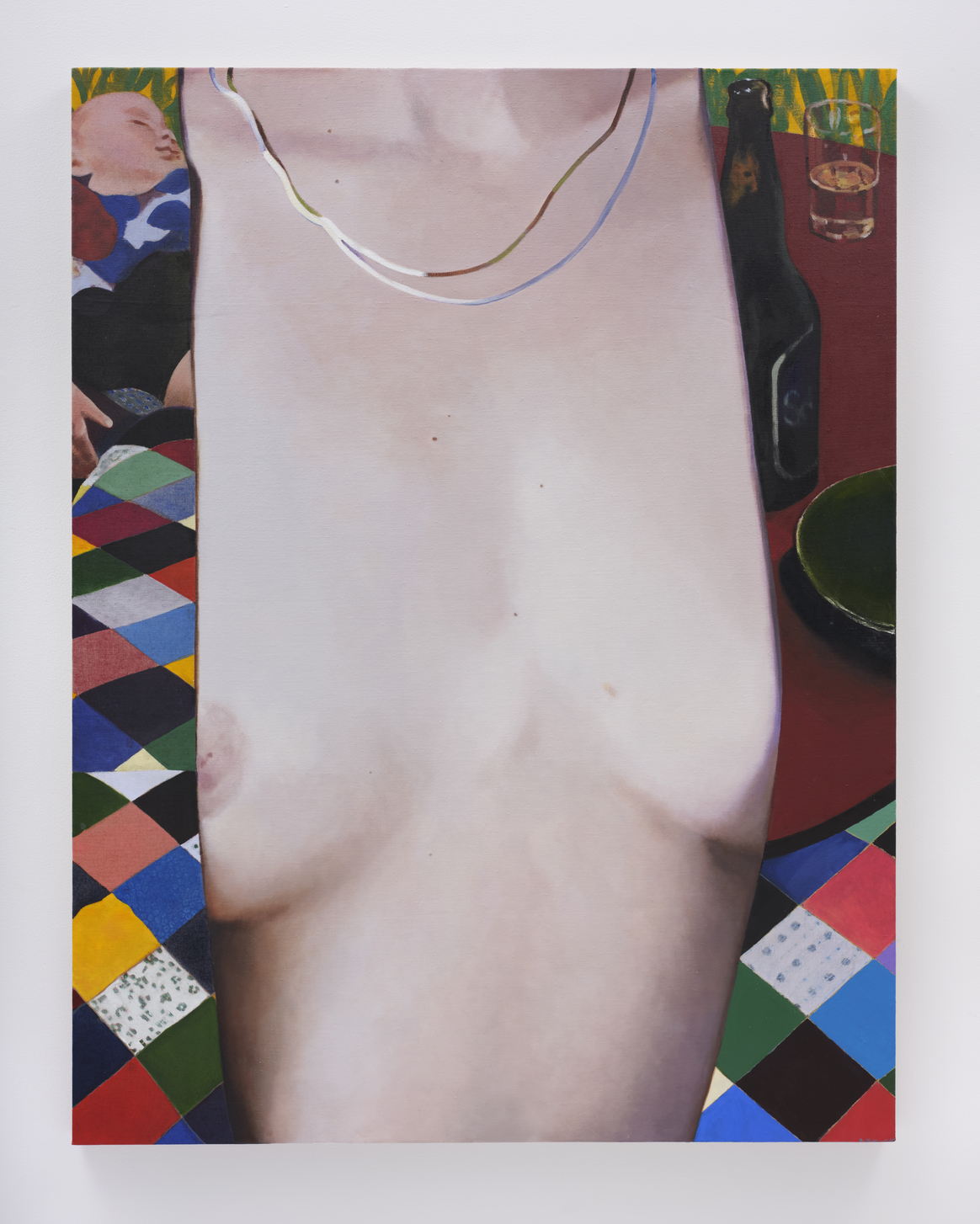 Works by Nolan Simon and Jeanette Mundt are other highlights of the show. Simon’s work “Large Kimono with Yoko at the Bar” shows a stunning representation of a bare chest opened to the viewer through a patterned garment. Giving us more than just a pretty composition, Simon fills the background of the work with a bar scene and a sleeping child, creating a conversation around the public and private sphere – the blurred lines between should be a private moment or publicly displayed.

Mundt’s compositions, all of which display variations of poppy flowers, seem to build a story upon one another. On the same surface, Mundt portrays poppies in various ways, some very clear in their depiction and others abstractly dripping into one another. On two of the works, Mundt adds a layer of drawn outlines of the flower above their image, creating a further distorted representation. In the works’ titles, Mundt references heroin as well as Van Gogh – two subjects with relation to the poppy flower. Though eye catching and obvious in their beauty, her work has underlying currents more ominous than what appears. 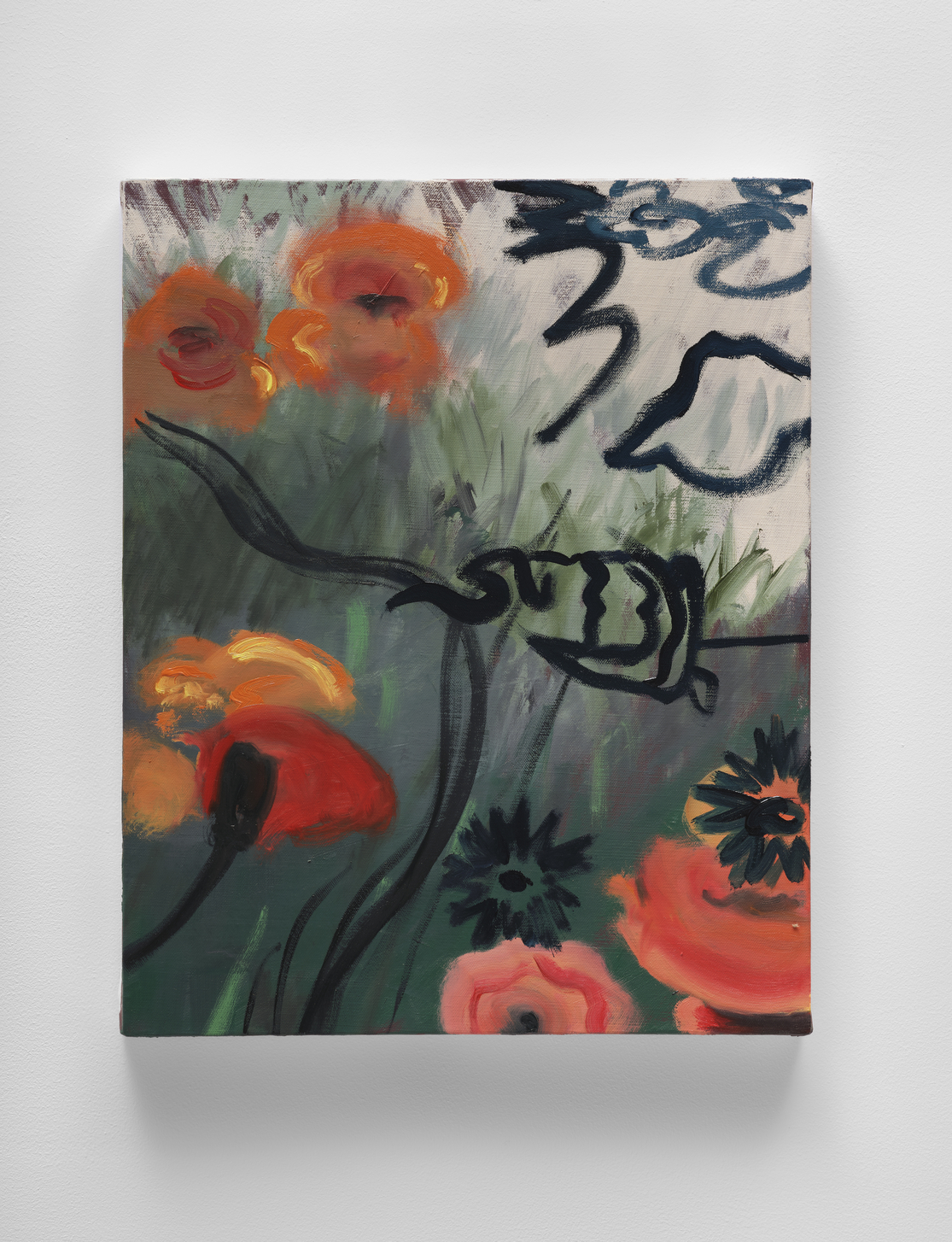 The Rest proves the endless possibilities which painting offers and the artists who have no intention of staying pigeonholed in their abilities. The show exemplifies the crossroads of historical trends with modern, new avenues of exploration.

The Rest is on view at Lisson Gallery, New York through February 16th.