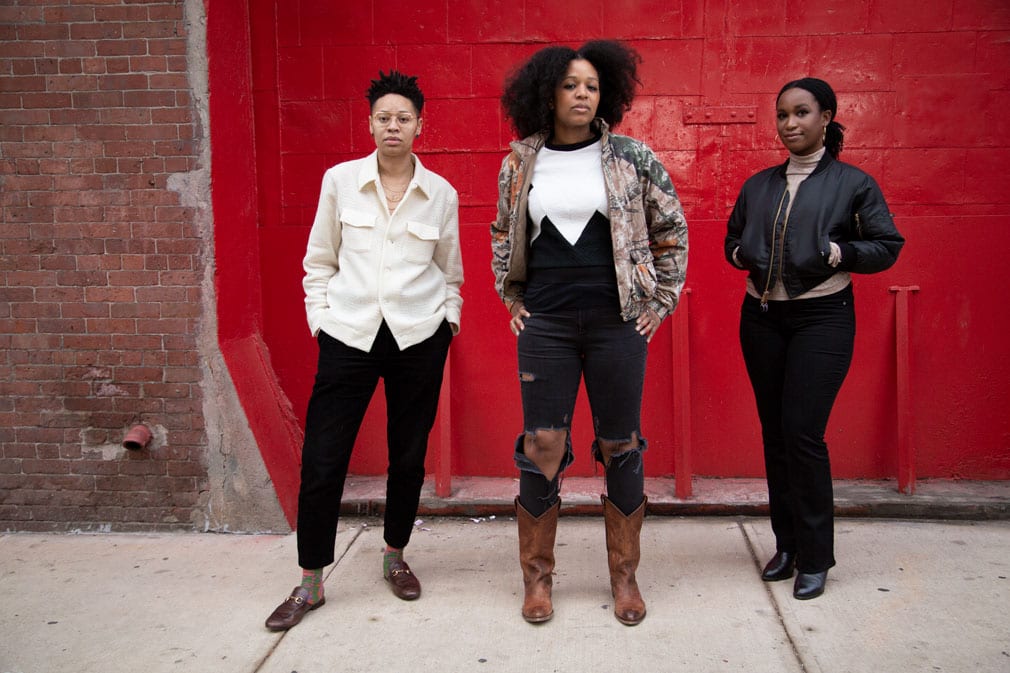 Combining the forces of three, powerhouse artists, MOOD at MoMA PS1 examines site, place, and time as they relate to American identity and popular culture, past and present. Featuring the work of  the 2018-19 Studio Museum in Harlem Artists-in-Residence, Allison Janae Hamilton, Tschabalala Self, and Sable Elyse Smith, the exhibit (housed at PS1 due to construction at the Studio Museum) provides three different artistic viewpoints into the same moment. Embracing the frequently used social media hashtag #mood, the artists acknowledge that all instances captured and labeled in this way can be both profound and commonplace. Any moment can be “a #mood.”

Taken together, the artists work in a wide range of media and materials. With the freedom to explore this universal topic in their own ways, the artists’ resulting bodies of work feel honest, timely, and significant. Through each of the artist’s unique take on the curatorial theme, we are presented with distinct portrayals of the present moment in the United States.

Allison Janae Hamilton merges the genres of photography, sculpture, and installation to create an immersive experience so chilling, it will leave you pondering how it’s possible that Hamilton’s subject matter is based in reality. Growing up in the rural American South as a Black woman, Hamilton recounts the histories of such areas in her work as they relate to her cultural upbringing. She adds a sense of mysticism, focusing on palpable details of the Southern environment such as swamplands and white linen dresses worn by young girls. The tone surrounding Hamilton’s work is melancholy. She does not shy away from the contradictions of the beautiful yet mysterious lands of the South, their racial realities and how much of the past still remains. 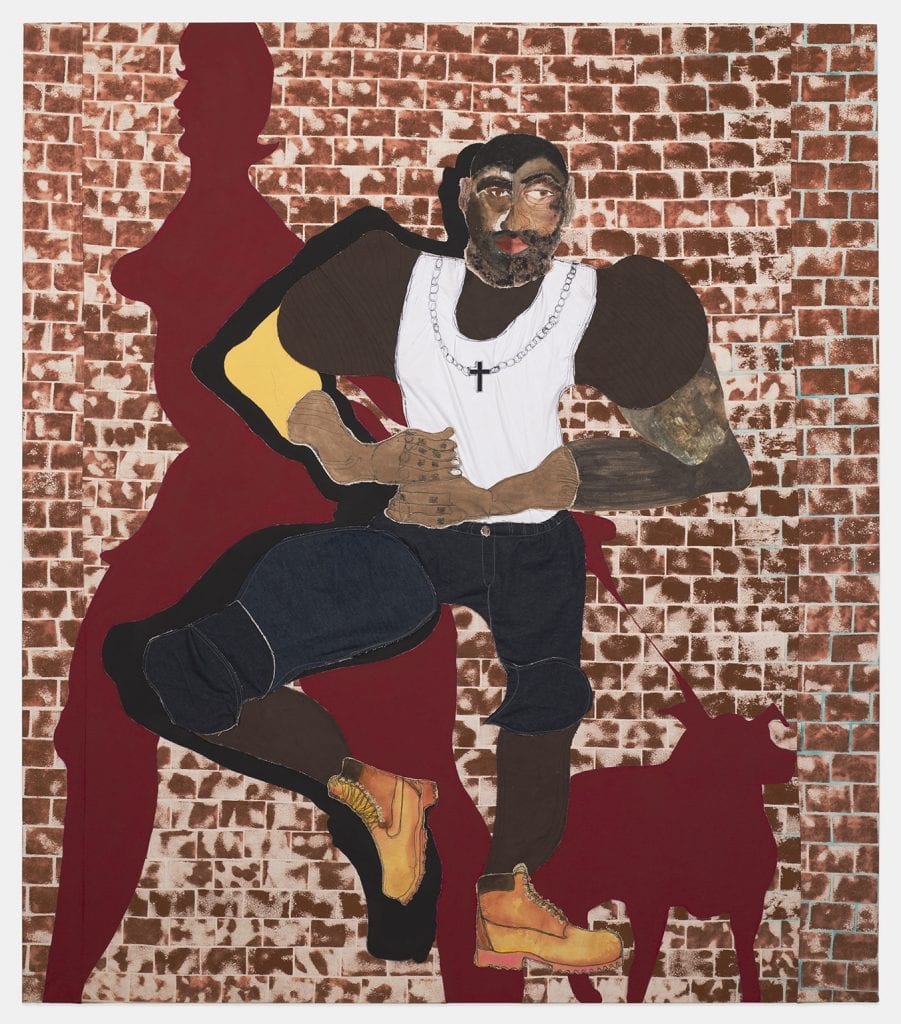 For the past few years, Tschabalala Self has captivated us with her textile on canvas works that pay homage to her Harlem upbringing. In MOOD, Self debuts a new series of work, called “Street Scenes.” After spending some time depicting Bodega culture in her work, Self has moved her attention from inside the store to outside on the streets. The works include a trompe l’oeil element of brick walls that together form one scene. With this new body of work, Self continues her examination into the same narrative she has been exploring in recent years. While equally giving homage to the energy of the area she grew up in (and in honor of her return to the area by way of the residency), Self also aims to call attention to the disparity that exists on these very streets. 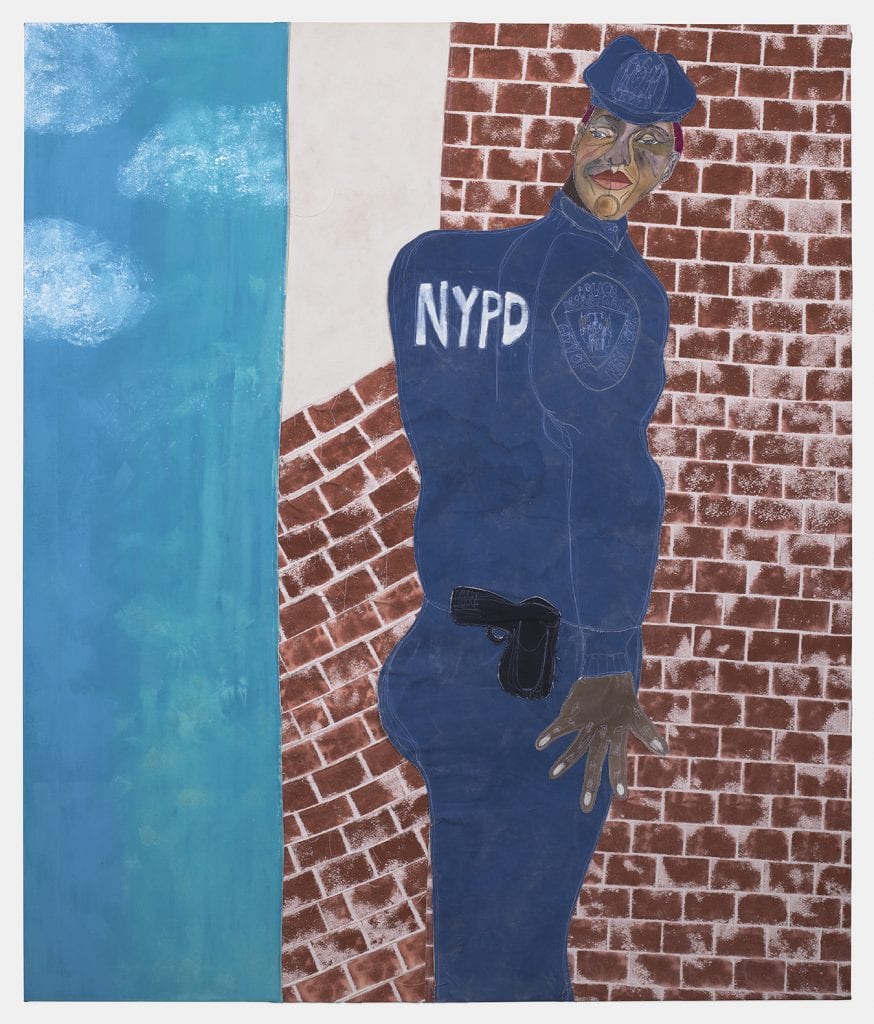 Sable Elyse Smith’s practice questions the instability of our social history and its many forms. At the root of her work is a visual language associated with the United States prison system. In MOOD, Smith appropriates objects commonly found in correctional facilities, such as ramen noodles, coloring books, and visitor tables, altering their typical presentation to produce a new understanding of the visual lexicon of prisons. Taking these ordinary objects and placing them in the artistic realm brings light to the issues encompassing the prison system, including class, race, labor, and memory. 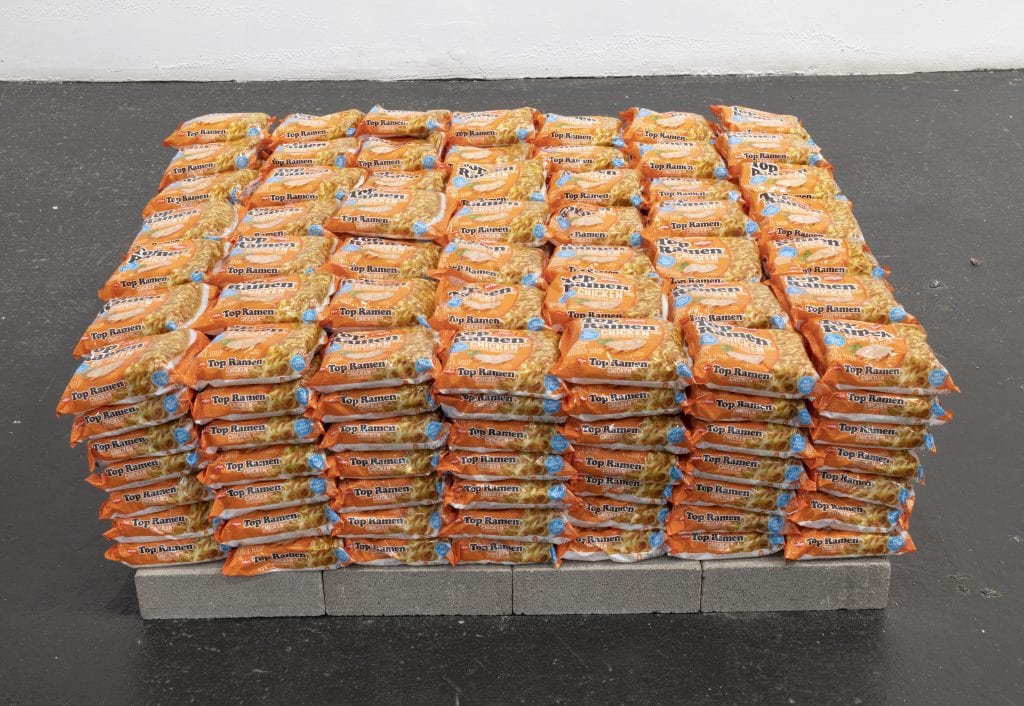 An exhibition as vibrant as the artists themselves, MOOD is a must see for this summer. Hamilton, Self, and Smith each possess magnetic, stand-out practices and exist as three of the top changemakers in the contemporary art world. Their poignant portrayals currently on view truly encompass the #mood of our current state of affairs, different in their details but united in their message.

MOOD is on view at MoMA PS1 through September 8th.