The Visual Language of Paul Simmons 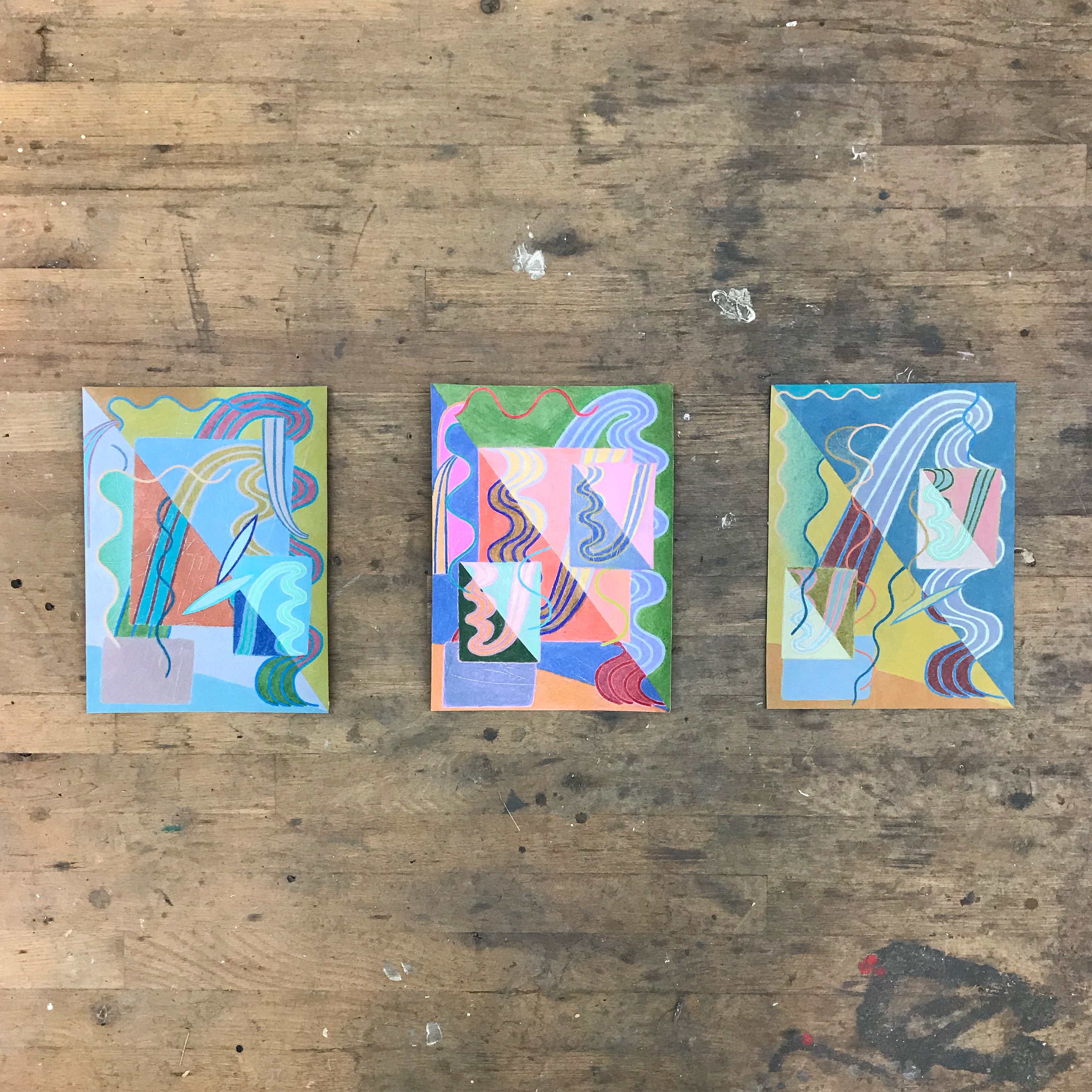 Tell us about your process. How do you approach beginning a work and how does it progress once started?

I start most days in my studio with what I call my two-minute sculpture exercise. I keep a pile of objects, cutoffs, fragments and other debris from previous projects on hand to draw from in this exercise. As a way to jumpstart the day, I assign myself two minutes from the moment I walk in the door to put together select objects from this pile in a gestural manner and then photograph it. It’s a way for me to unlearn my fixed thoughts and ideas and see what happens when I rely solely on intuition and motor skills-in an effort to get myself to see something new. It doesn’t always yield something interesting but many of these two- minute sculpture have become the genesis for drawings, paintings and further evolved object-based work. 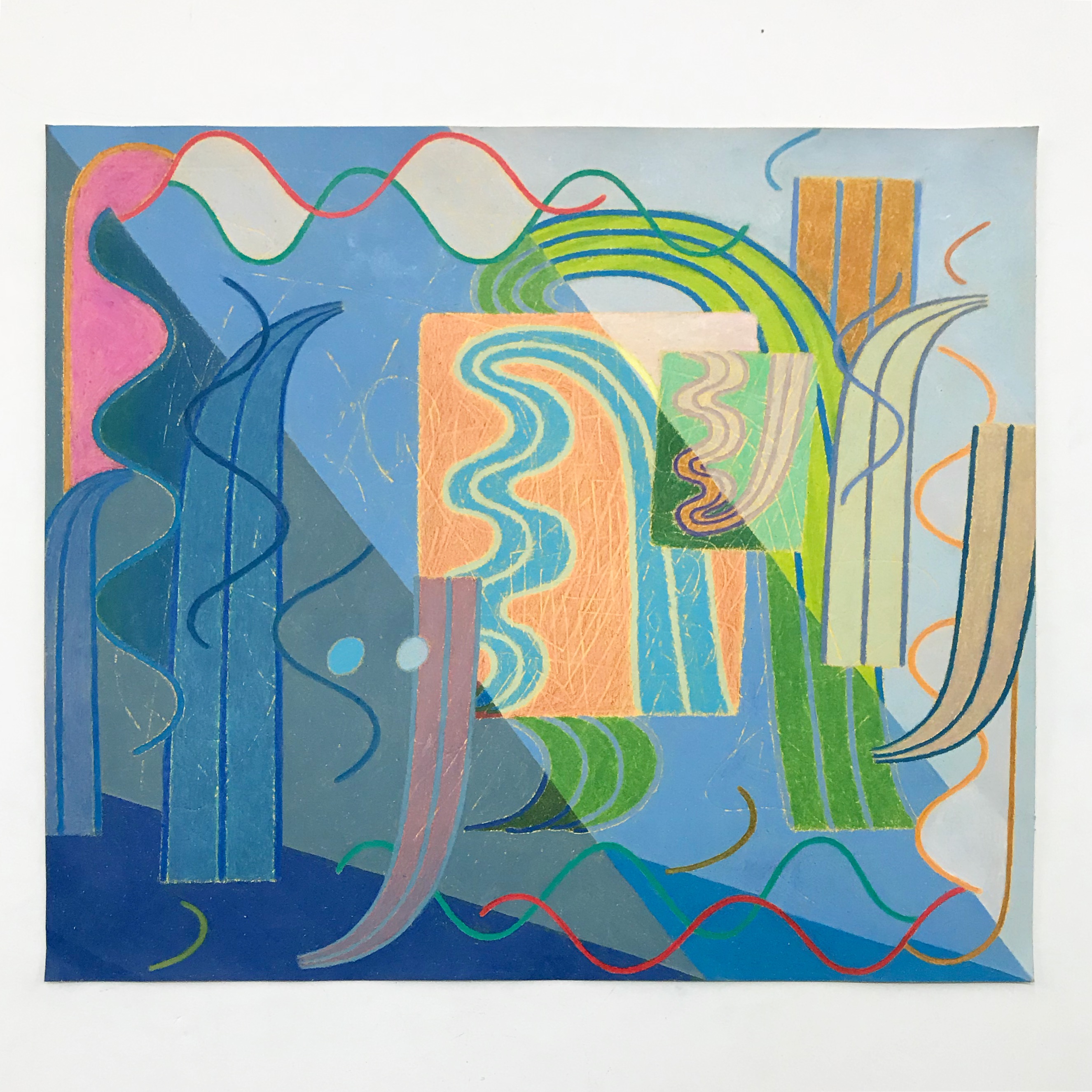 Where did your interest in the possibilities of color and depth originate?

Color is a kind of organizing tool in my pictures, a way to diversify the representation of depth and space through relative layers. I love that there is a science to color because it implies that there is also a wrong way to use color. I can build a consistent light source out of layered space and insert color aberrations as mise en abyme in the same image. The layering comes from my early interests in zine making. I spent my high school years making zines about predominantly midwestern teenage interests: music, art and skateboarding. I see this early practice as building the groundwork for my compositions now albeit in a completely different media-the collagist flatbed picture making process remains the same. 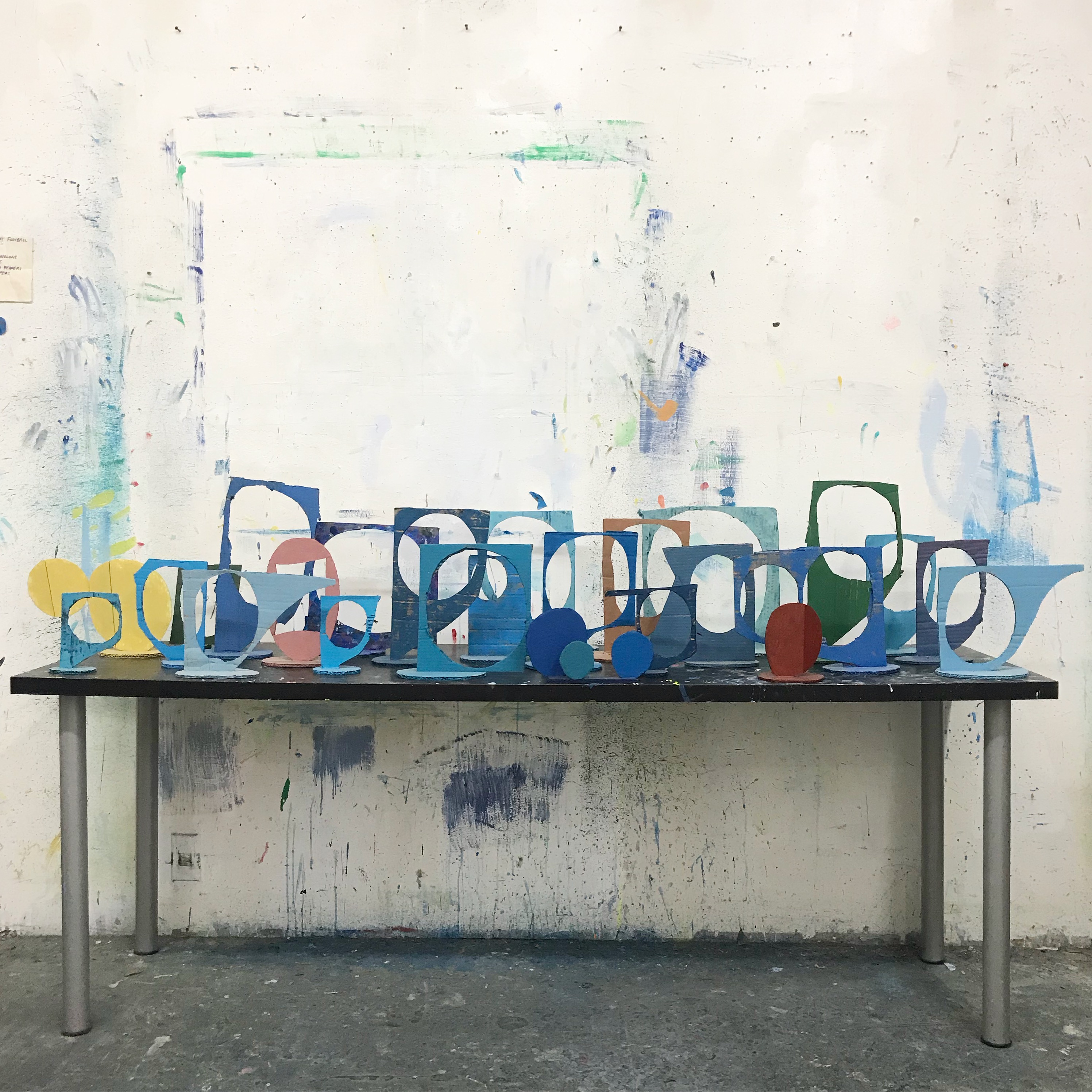 There is a depth to your work that may not be apparent to those who haven’t viewed it in person. Can you discuss the importance of exploration depth and spatial dimension in your work? 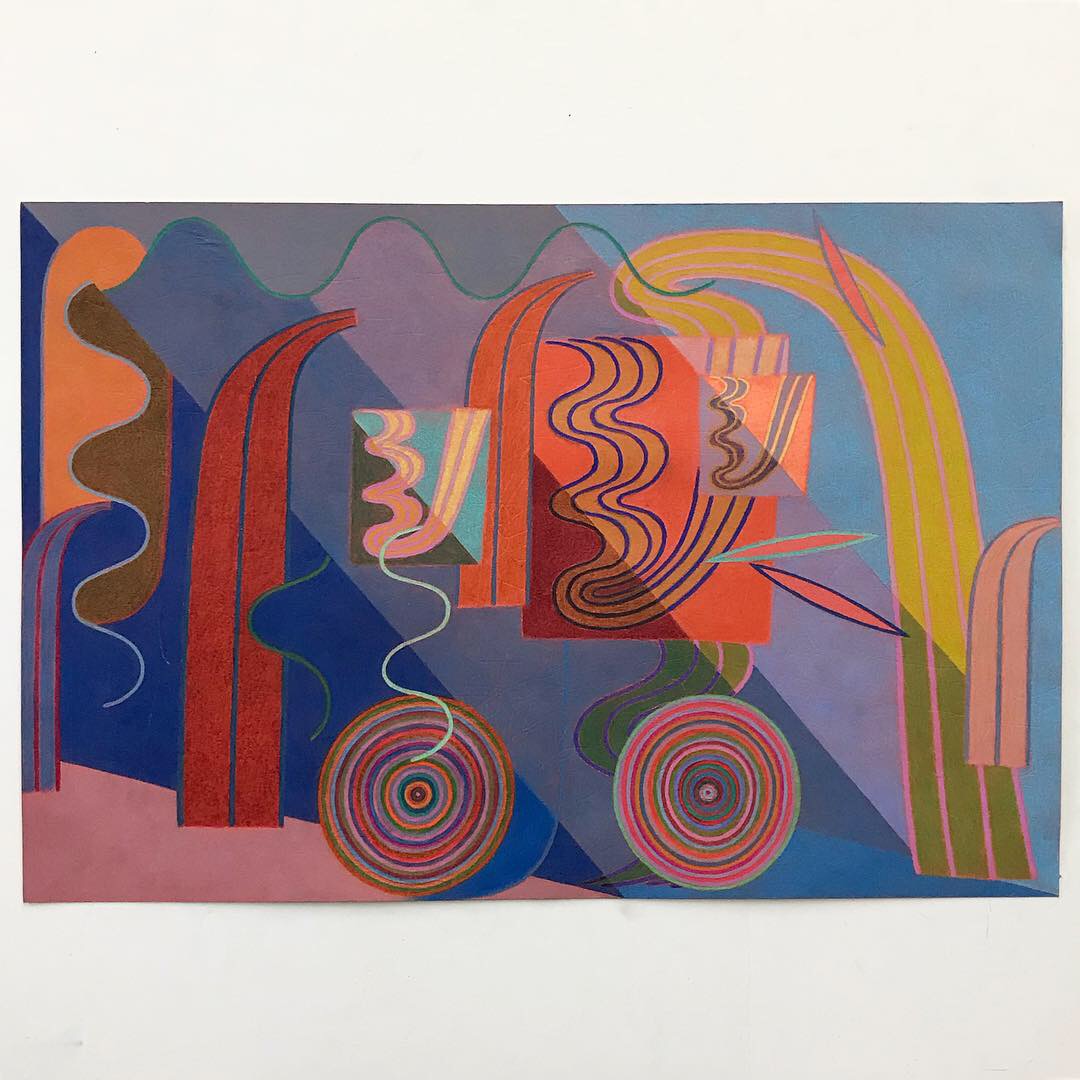 I use a lot of underdrawing in my compositions-in an effort to continually move the act of drawing forward to the next. I make a second drawing on an overlaid piece of paper so that an imprint is made. These imprinted drawings are often quicker, more gestural in their approach. I’m saving the originals, but I don’t know yet what for. The application of colored pencil drawing on top of that acts as a structure that is almost in contrast to the revealed underdrawing but still reads as texture.

Describe how you spend time in your studio. Do you focus in on one work or rotate amongst projects?

I like to have a diversity of things to work on so that there is always an ongoing conversation amongst them. I like that ideas grow and develop at different paces -I’m very much like a handyman working in a variety of ways, employing different skill sets where I see them applicable. 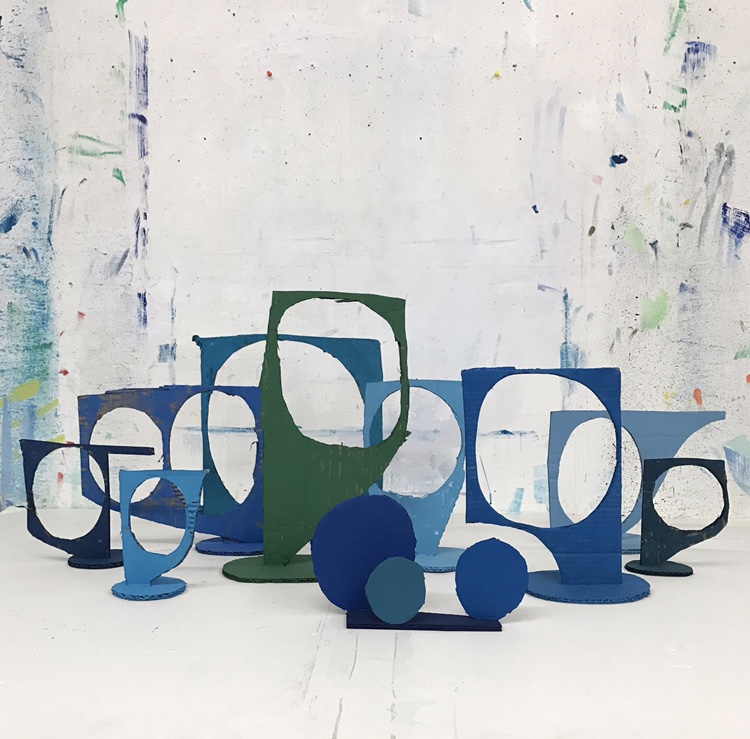 How does the process of creating works on paper differ from painting on a canvas?

The works on paper are much more immediate and require less preparation. Paintings (and their supports) are more like objects and require answers to questions that drawings don’t have. 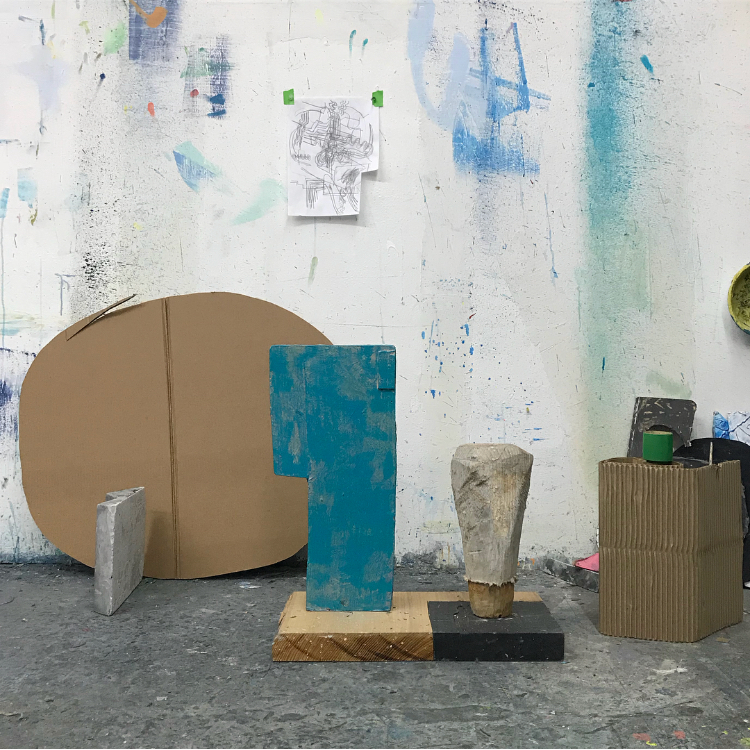 The history of mark making. Etymology. Non-language-based communication. The architecture of the studio and its observable traits. Walking through the cemetery.

If you could pinpoint your work within the scope of others who came before you, with which artists would you consider yourself aligned? 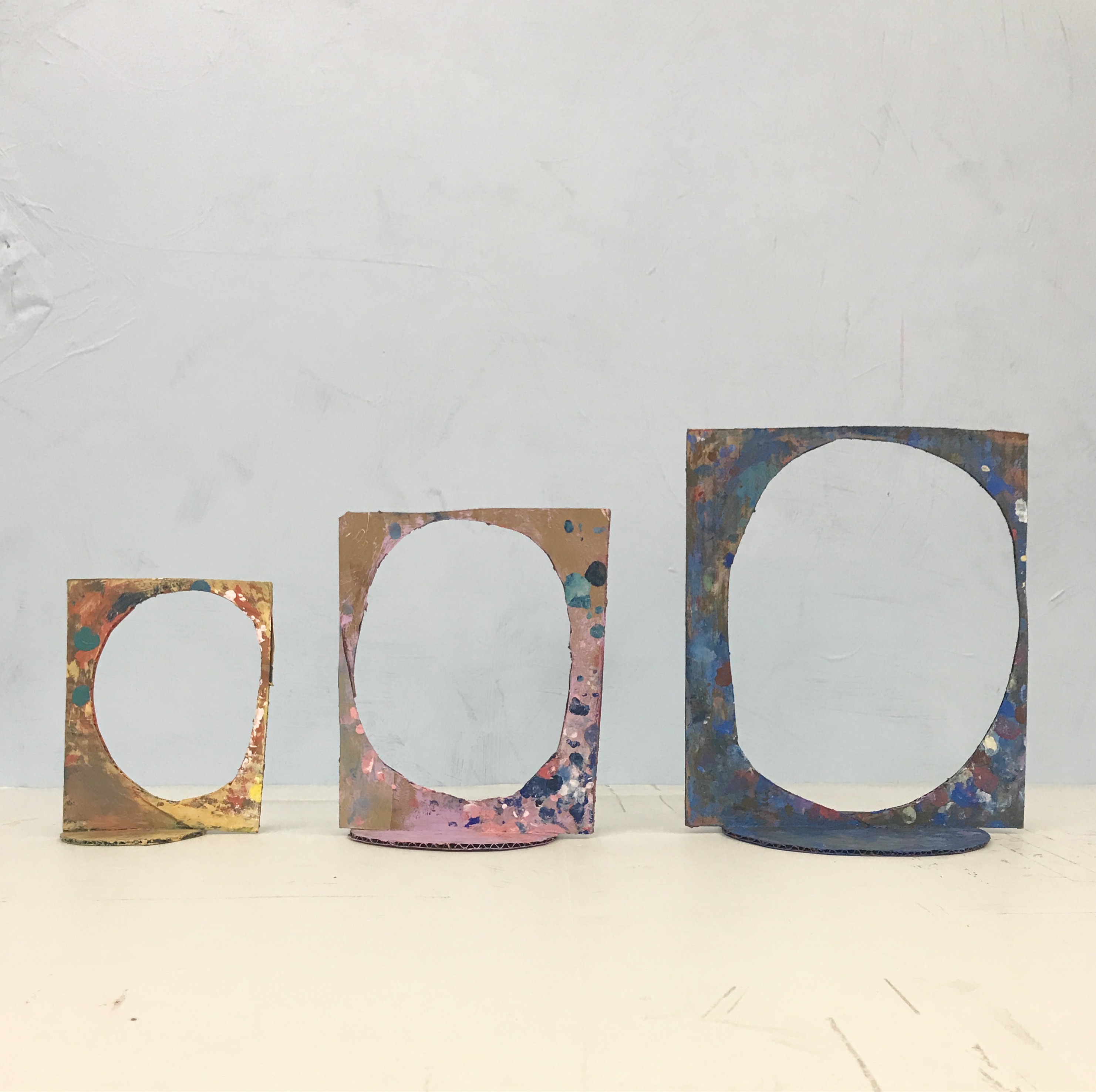 I think [Martin] Kippenberger is a really great organizer of ideas-his sense of humor keeps it all together. I worked at Roger Brown Study Collection for a few years as an undergrad in Chicago and have always kept that experience close-spending time with the work of self-taught artists like Joseph Yoakum, Lee Godie, Eugene Von Bruenchenhein alongside the Imagist artists they influenced: Brown, Barbara Rossi, Jim Nutt, Christina Ramberg to name a few. 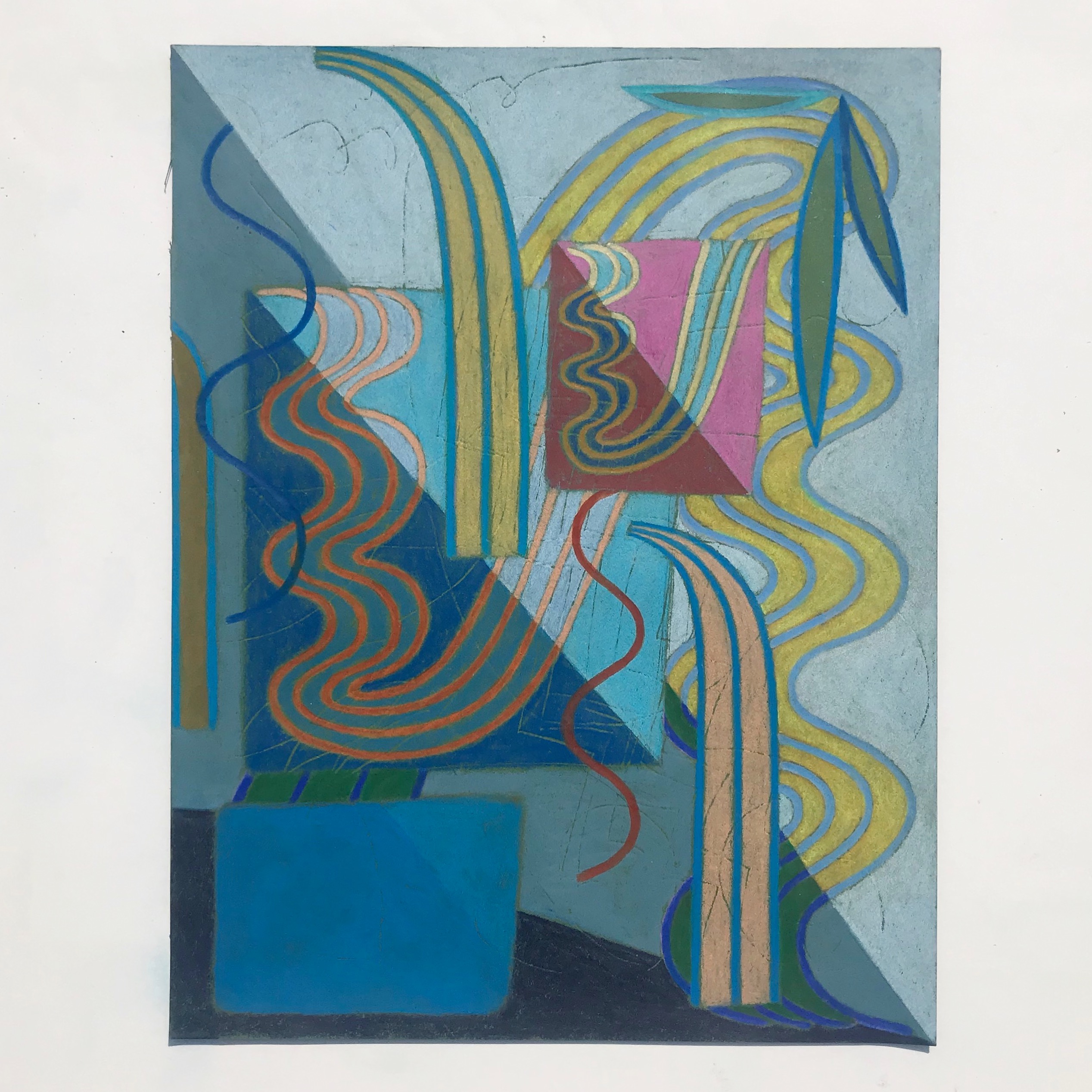 I’m finishing up some work for a group show at Usagi in Brooklyn opening early in November. And then I am taking over the window at 1 Main Street in Dumbo next year which will be the largest work I’ve made in a while. In the meantime, I’m looking to cast some small sculpture I have been working on for a long while now. 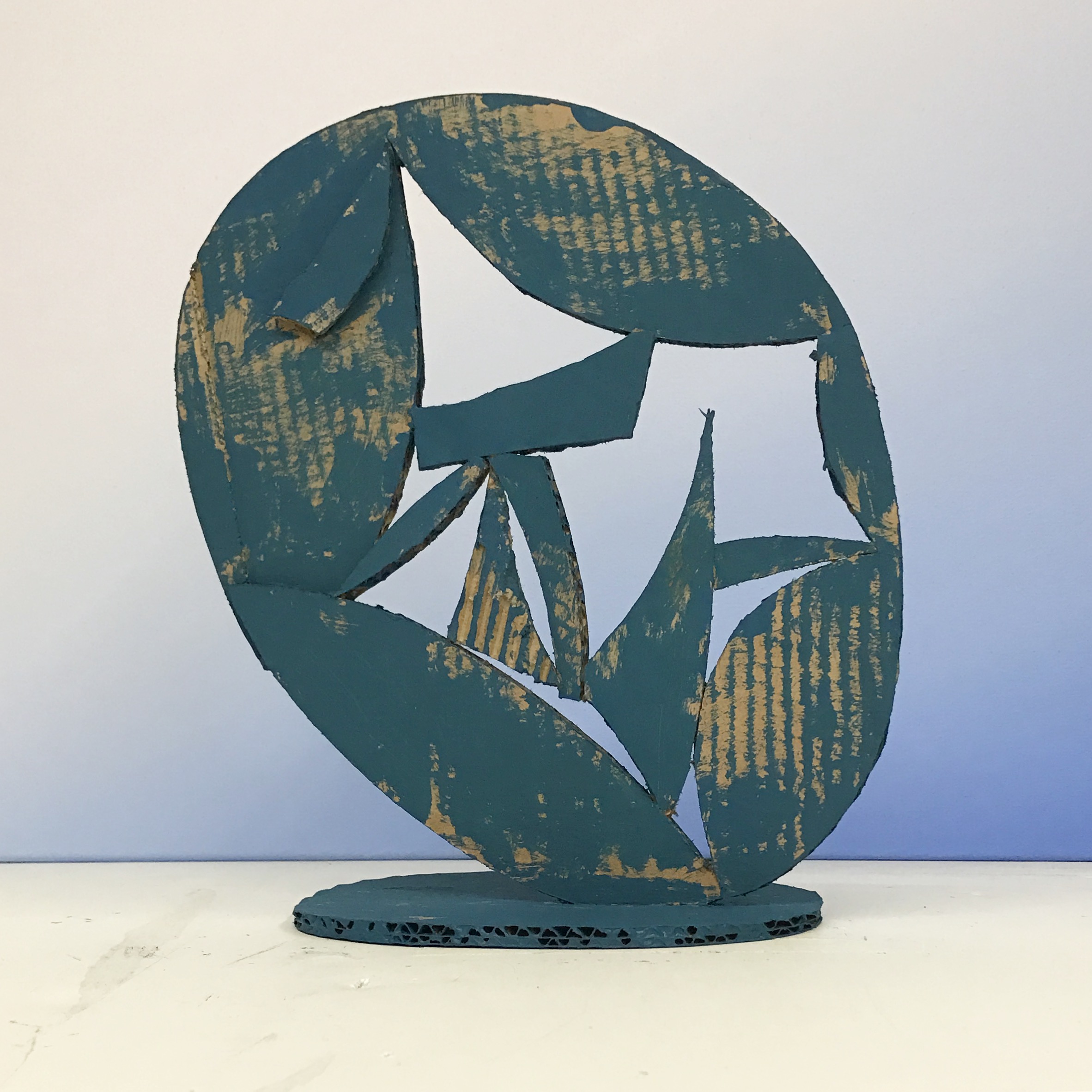 Jessica Simorte and Max Manning are separate artists but each makes some really great paintings and drawings!