Hilary Pecis Conveys The Essence of an Environment

Hilary Pecis’ paintings capture the spaces she inhabits in an intricate and captivating way. Referencing the history and medium of painting, Pecis’ work feels as though it could exist in a number of time periods, while retaining a modern quality. Upon exploring the various details on Pecis’ canvases, one becomes enthralled in all that exists on the surface and could spend hours discovering new and exciting elements. A native Californian, Pecis lives and works in Los Angeles, CA. 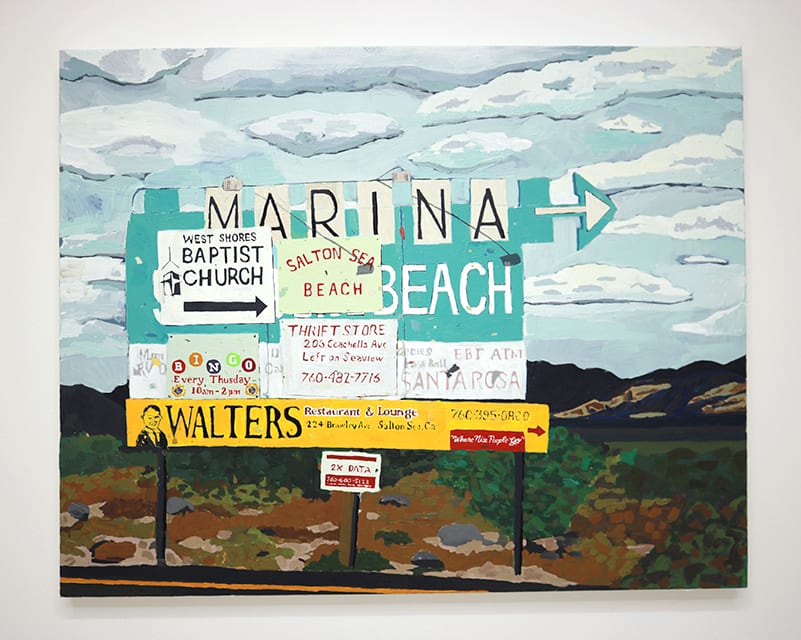 When did you start creating works in the style you have become known for?

In January 2014 I moved to Los Angeles from San Francisco, and that is when my work took a shift. There were quite a few contributing factors, but mainly the light here was so unlike the light in the Bay Area. I was so thrilled to make paintings of just about anything, because everything resonated a vibrancy that I was unaccustomed to. Additionally, I was a new mom and my scope seemed to be shrinking to my immediate surroundings. The pace in Los Angeles felt slower, which allowed me to spend more time looking and meditating on my setting. The pace also nurtured my investigations into figuring out how to make paint do what I had intended for it to do. The combination of limitless inspiration, the forced slowing down, and the nurturing setting liberated me from any previous ideas about art making and it encouraged growth.

What are the spaces you depict? Are they places you have personally been or ones you’ve dreamt up?

I generally work from images that I have taken. Sometimes I see a setting or landscape that I like right away and snap a pic, and store in a cache to later work from. Generally, they are images from my home or my friend’s homes, although occasionally I have worked from other people’s images as well. By using images as a guideline, it frees me up to take liberties, like using abstraction in particular areas when it makes sense to do so. 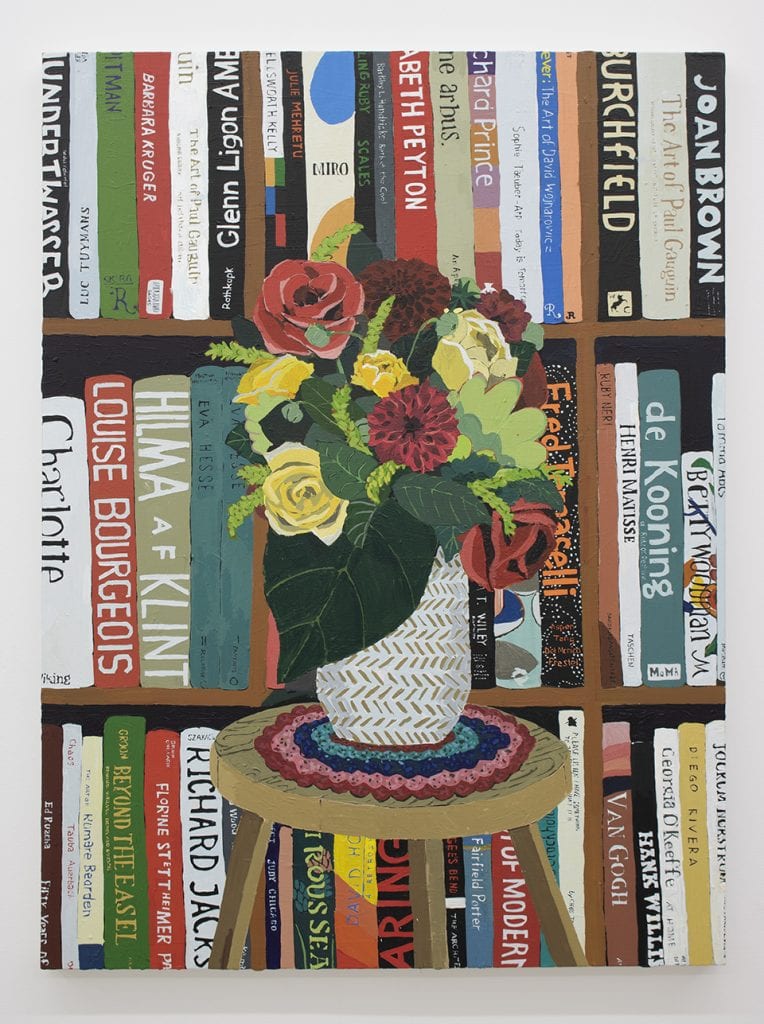 Pattern plays a large role in your work – why do you include this element of design?

Pattern is definitely something that I am drawn to in both artworks and in my day to day. I spend a lot of time looking the historic works of the decorative the painters Bonnard and Vuillard, which depict pattern as it exists on the thing being depicted. But I also like to look at painters like Derain, who applied paint in a sort of pattern to quickly render a landscape. Outside of the Modernist painters, I am often drawn to pattern in tile work, textiles, and other handicrafts, which has all make appearances into my paintings. Within a painting pattern can often aid in depicting depth and perspective, often presenting a challenge for me to work out. It also allows me to indulge the use of more color and line. 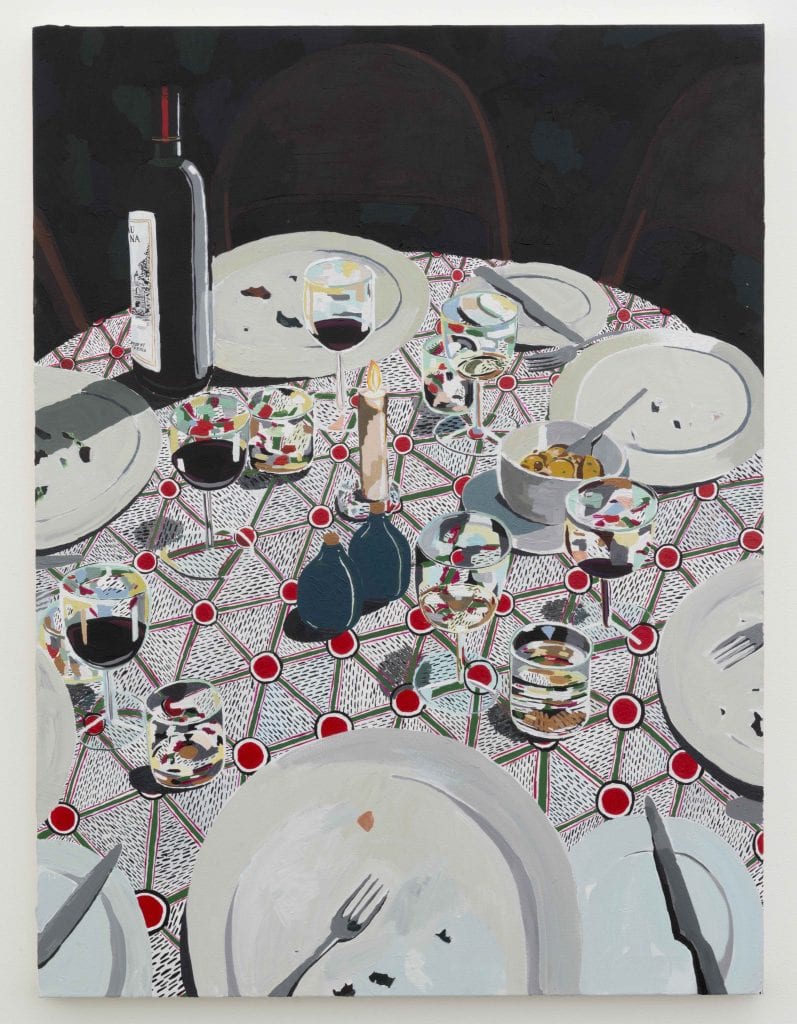 How do you decide what objects will appear in your scenes?

In my still life works, I just arrange the things that are already laying around into a composition that works for me. There isn’t a lot of selection that is happening, it more of an arranging. Honestly, I like the option to paint anything I want, and try to not set limitations. 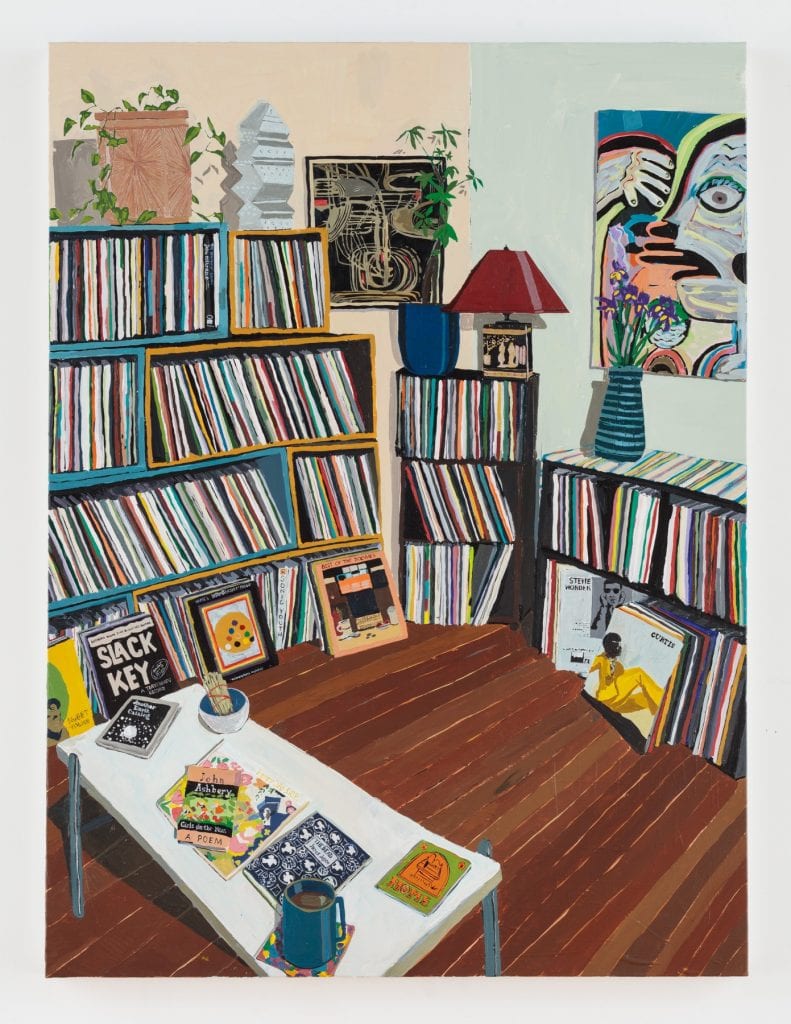 You often depict a specific brand, product, or even reference to another artist in your work. Why do you incorporate these elements?

As with pattern, words and symbols are familiar and provide a place for a viewer to enter. I could paint the labeling out or avoid all together, but I think that it is more interesting with the addition of symbols in my paintings. Additionally, I enjoy the way that alphabets require the use of line that breaks up the space. I have said previously that my painting style is that of an unconfident painter. I continue to crudely paint layer over layer to get things right. In doing so, often times these lines get obliterated or they are dwindled down to something that is far less recognizable.

As far as references to other artist: the addition of paintings, posters, sculpture and monographs, are all representational of the artists that I feel that I have some sort of connection with or that I am inspired by. I spend a lot of time looking at art related things in my home, work life, and elsewhere, so it is very natural for these things to make their way into my paintings. It also gives me to opportunity to paint other peoples’ paintings inside my own, which is wildly satisfying. 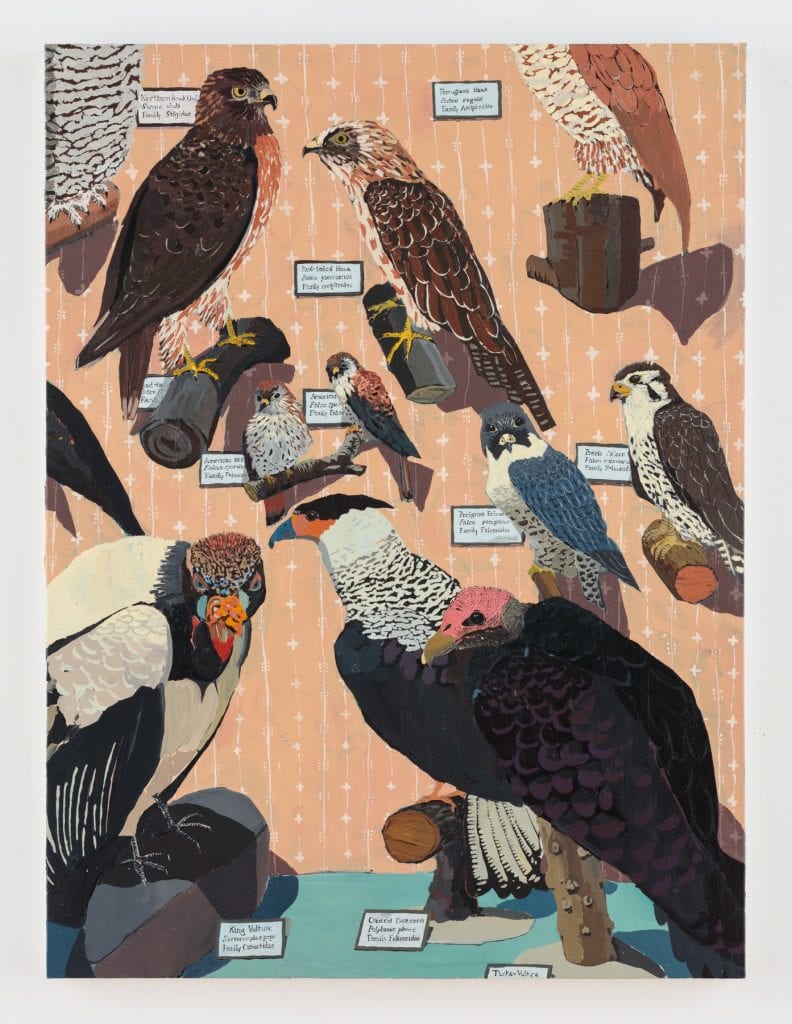 Is there one artist movement in particular that most inspires you?

I love looking at artist monographs and museum catalogs to view artworks from the across the centuries. The late 19th and early 20th centuries had so many exciting artists working in such a short period. The Fauves use of color and the abstraction of space in a representational painting still thrills me to the max. Additionally, as a native Californian I have always had a deep love for for the Funk and Pop art movements. California Funk is getting a lot of attention the days, which is so well timed. The Fauves and Funk artists are on the opposite ends of abstraction, one leading into, and the other a reaction after, but both have a vibrancy that speaks to me. 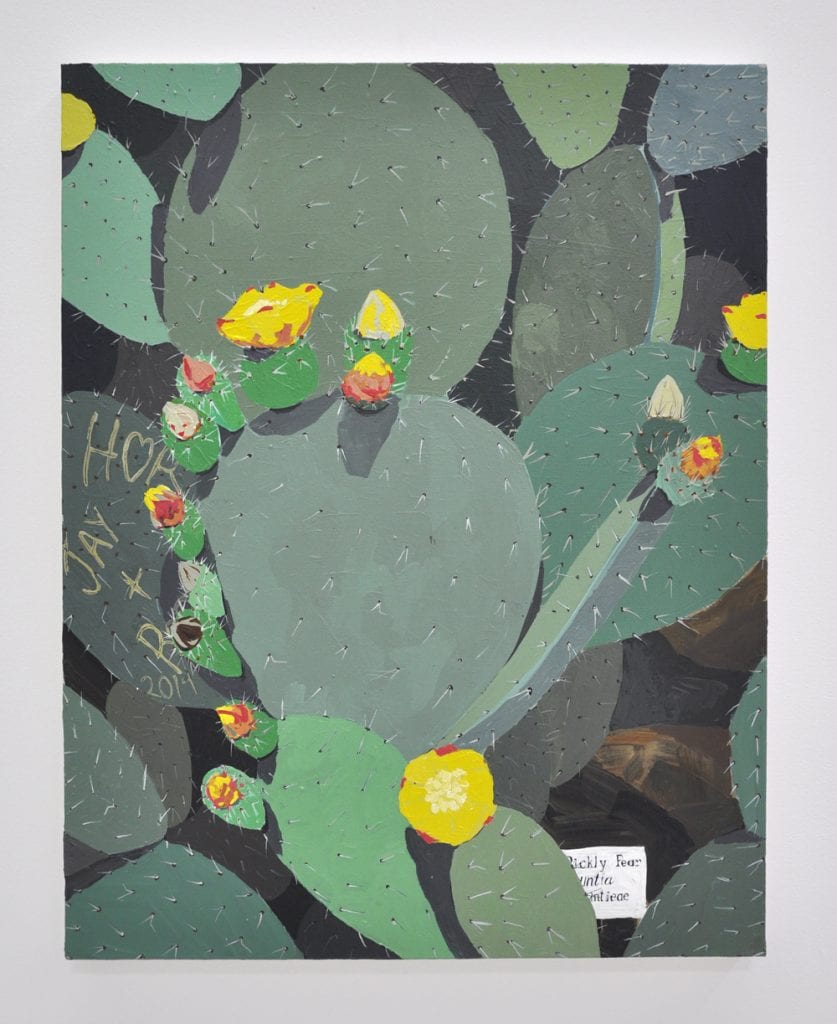 What are you most excited for this year?

After working at a wonderful gallery as a registrar for the last five years, I have decided to take a leap of faith and leave the security of a day job to pursue full time studio. The first solo show following my departure from the day job will be opening on April 28th at The Pit gallery here in LA. Later this summer I will be opening my third solo show with Halsey McKay in East Hampton.